THREE WINS FOR BUILDBASE SUZUKI AS

Buildbase Suzuki took three wins at Silverstone during the third round of the Bennetts British Superbike Championship, as Kyle Ryde did the double aboard his GSX-R1000 superbike while Tim Neave took victory in the National Superstock 1000 series.

Ryde was in dominant form. In Sunday morning’s race he stalked long-time race leader Josh Brookes until the closing stages before passing into Turn One and pulling away to take his first British Superbike win. 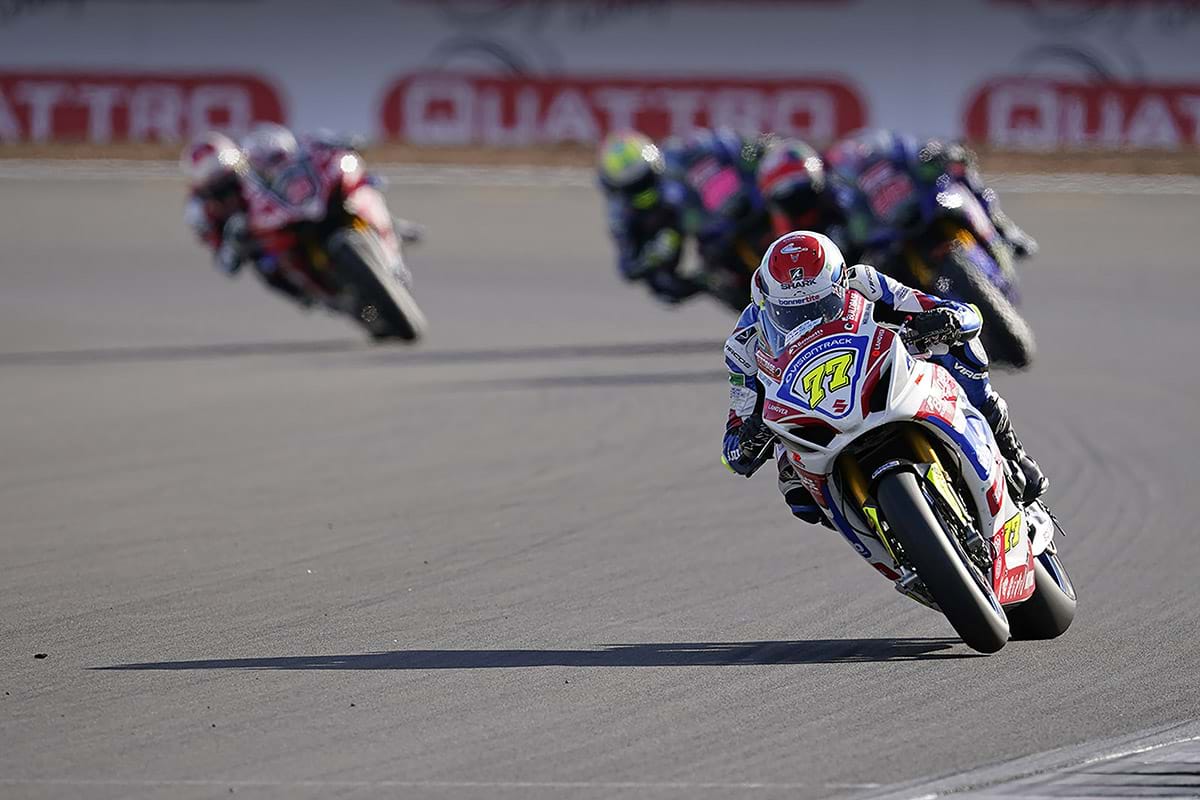 In the final race of the weekend he grabbed the holeshot and led all 30 laps of the Silverstone National Circuit to take a dominant victory. He also set a new lap record along the way, impressively extending his advantage even in the final laps of the race.

The youngster’s pace has come as no surprise, and after battling for the podium at the opening two rounds he claimed his first rostrum finish in Saturday’s race one, taking second. He now sits fourth in the championship standings and is only the second rider of the year to have more than one win to his name. 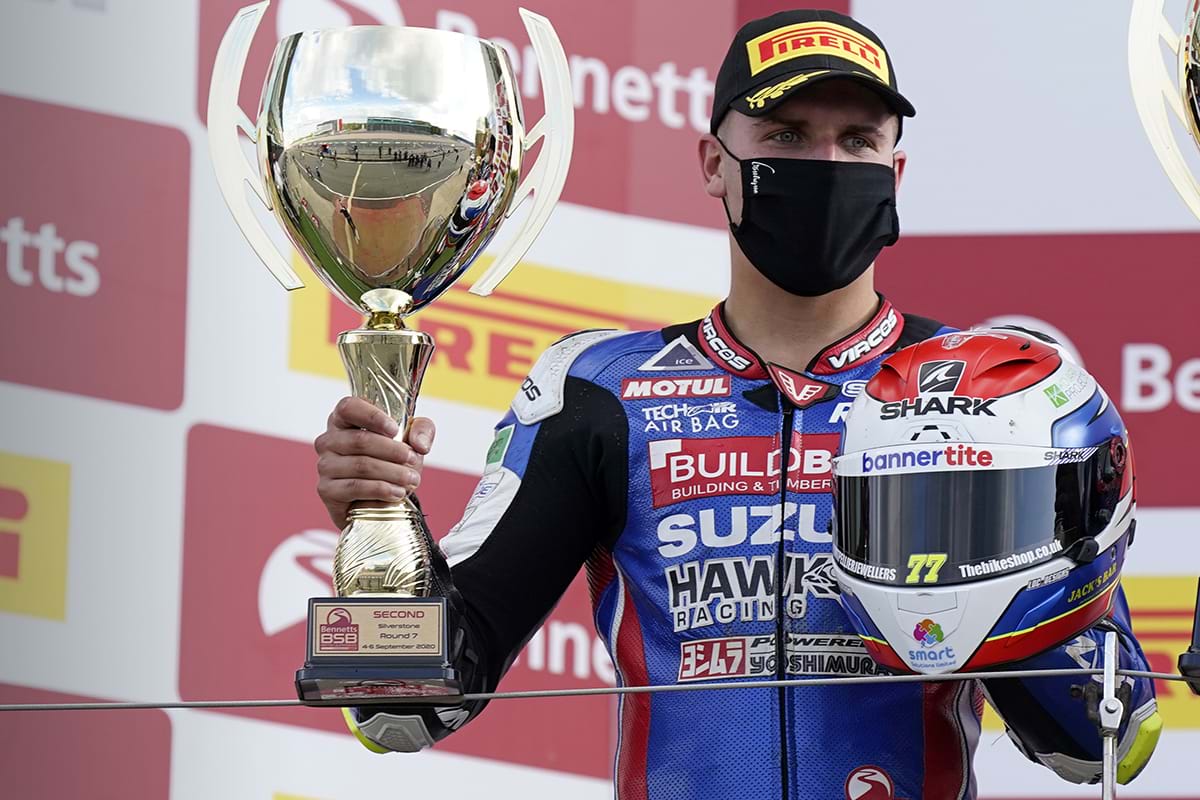 He said, "It’s a bit strange because it was surprising weekend, to go and take a double win, but at the same time we’ve been fast all season so far. On Friday the bike was mint straight away. We made some small changes for FP2 on Saturday and then just left it, it was then down to me to just ride it.

"We could have won on Saturday, I just left it a bit too late to pull the pin but the bike underneath me was amazing. In Sunday's races I didn’t want to lead, and following Josh [Brookes] I was comfortable and knew I had a bit more. In the last race I was waiting for someone to come past as I didn’t want someone sat behind me knowing they had something in hand, but when they let me run my own lines I just kept doing it and was able to pull a gap. I led at Donington for about seven laps and got all flustered but today I was able to manage it.

"Oulton next time is obviously a very different track and it’ll be a lot more physical that’s for sure, and some other names will be back in the mix so I’m not under any illusions or the impression that we’ll go and do the same again. We’ll go there and start from scratch, but if we can finish in the top six I’ll be happy. I’m still learning but the team has done a mega job and I can’t thank them enough." 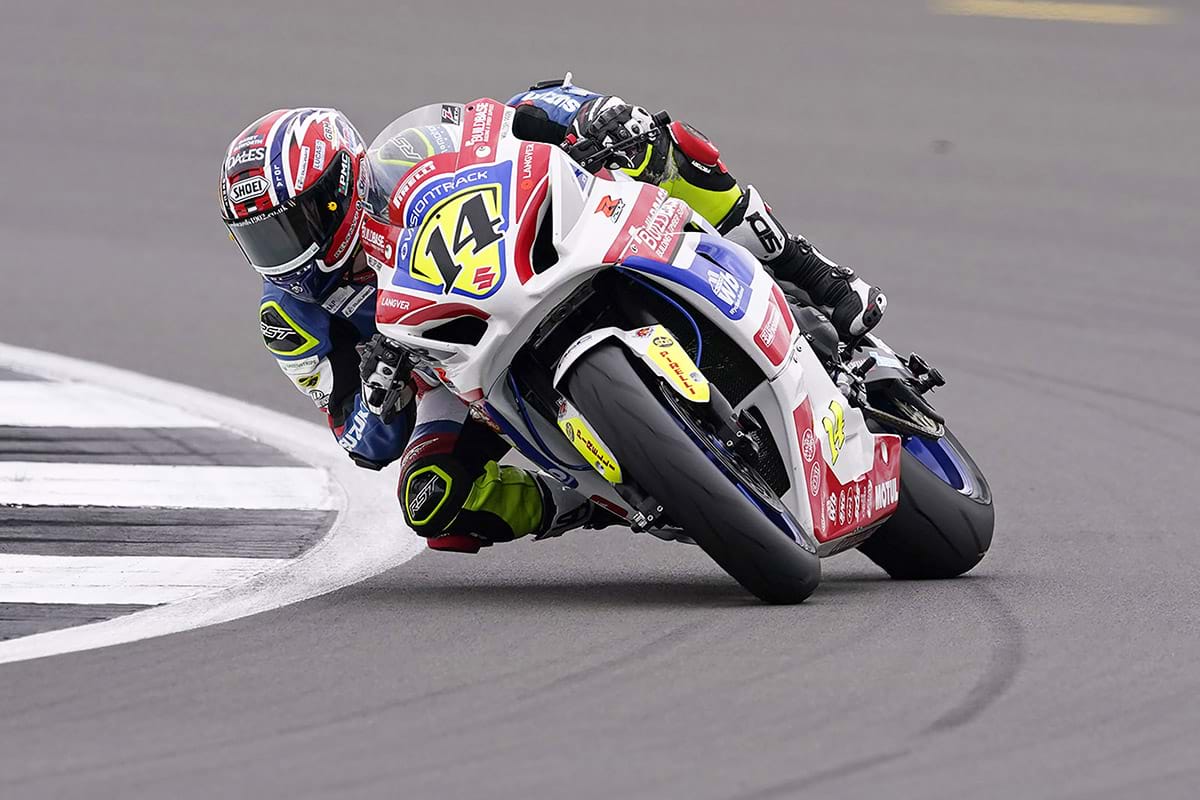 There was also a first win in the National Superstock 1000 Championship for Tim Neave. Riding for the reigning champions, Neave led Sunday's race from the start but was embroiled in a tense and tight battle for the podium. Re-taking the lead at the halfway stage he then pulled away, extending the gap to the chasing pack to a second. He managed the advantage to the chequered flag. Sadly, a mistake in Saturday’s race saw him crash out.

Neave commented, "I was made up with the win. I knew we were strong and had the pace all weekend, but I made that mistake in race one. It was hard to break the pack but I was pleased to be able to get to the front and do my thing. Big thank you to the team – this is a massive step forward for me over the last few years so thank you to Steve and Stuart for the opportunity." 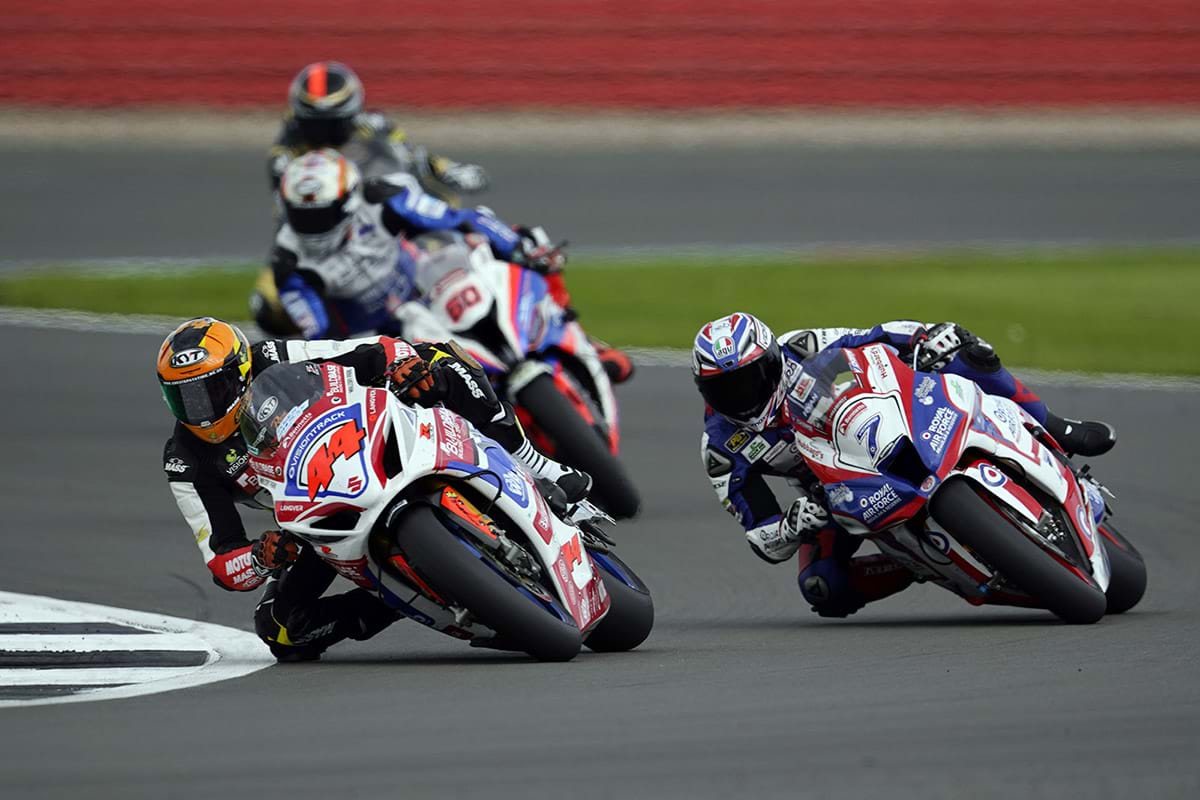 Gino Rea was back in Buildbase Suzuki colours for the second weekend and made more progress with the setup of his GSX-R1000 superbike. Topping FP2, he was unlucky after a red flag curtailed qualifying and also to suffer a mechanical issue in race one. He finished 12th and 14th in today’s two races.

He said, "Again there are lots of positives to take. Weekend started well and it was great to top the pile in FP1, but we were a bit unlucky with the timing of the red flag in qualifying, and everything was a bit of a knock-on from there. We were running well in race before the issue meant we had to retire. We were then starting further back in race two with work to do. In the last race we were part of the group battling for the top-10 but I was stuck behind another rider and the bike just ran a bit hot which cost us a bit of power so I couldn’t get by. But I’m learning the bike all the time, we’re making improvements. At Oulton Park I’m hopeful we can start strong again and this time maintain that throughout the weekend, as the team and the GSX-R has a good record around there."