Team Suzuki Ecstar's Joan Mir put the disappointment of last weekend's opening Grand Prix of 2020 behind him to finish in a strong fifth place this time out at Jerez, while teammate Alex Rins bravely raced to 10th place despite his shoulder injury.

Mir had shown throughout the free practice sessions that he had the pace around the Andalusian track, but struggled in qualifying to a fourth row start.

However, he settled into a rhythm and progressed forwards, always keeping tabs on the podium fight in front despite not quite being able to get onto terms with the group in front. After crashing out of last weekend's race in the early stages, he had a fairly uneventful race this time around to finish in a strong fifth place. 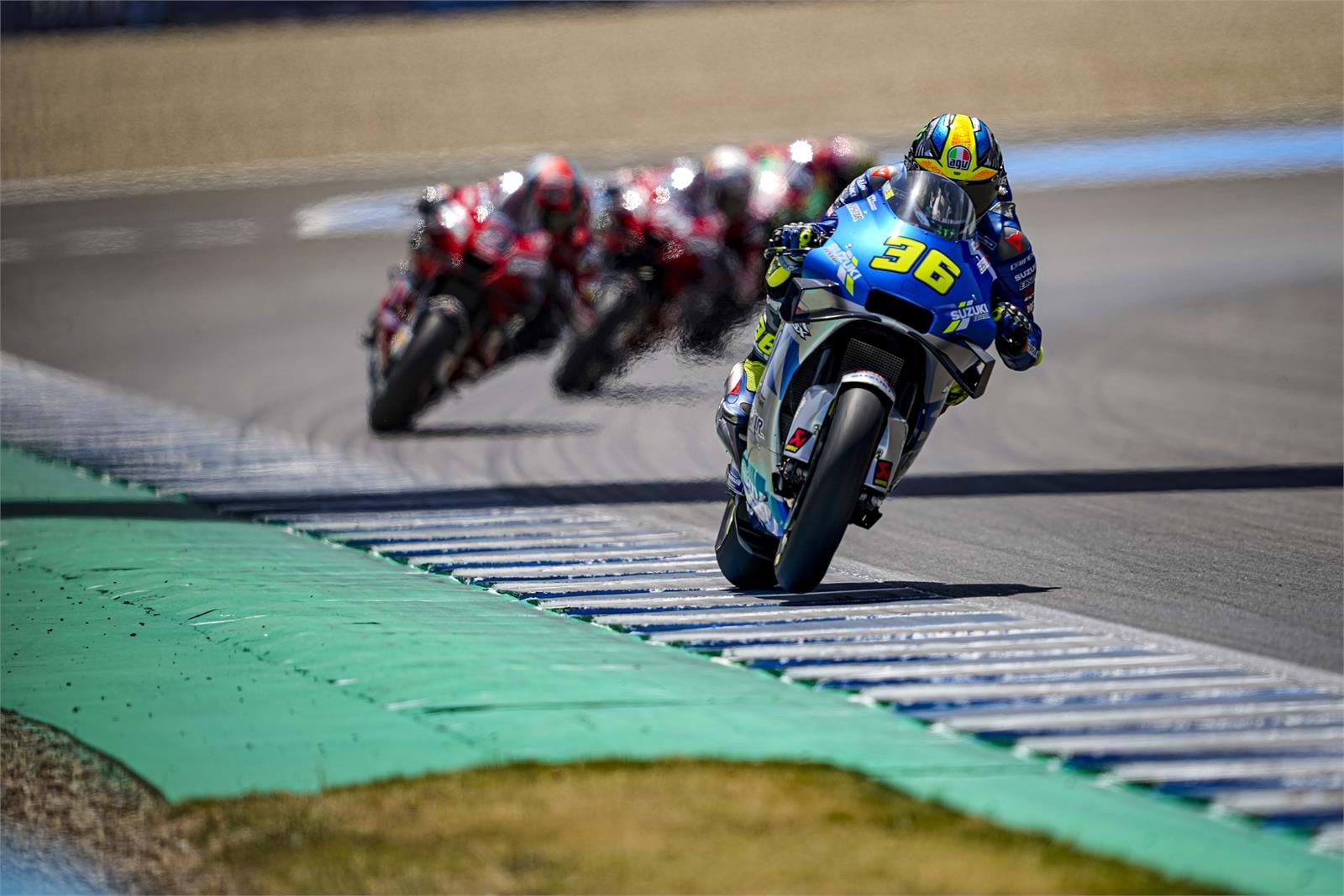 Rins was in doubt for the second Grand Prix of 2020 after suffering a high speed crash during qualifying for the opening round, resulting in a badly injured shoulder. Yet despite the injury, last year's British Grand Prix winner took to the circuit with the aim of riding around for as many points as possible.

Starting from the final row of the grid he was still able to lap in the 1:39s for much of the race, and, also benefitting from a number of crashes in front of him, finished the race in 10th place, collecting six points for his efforts. 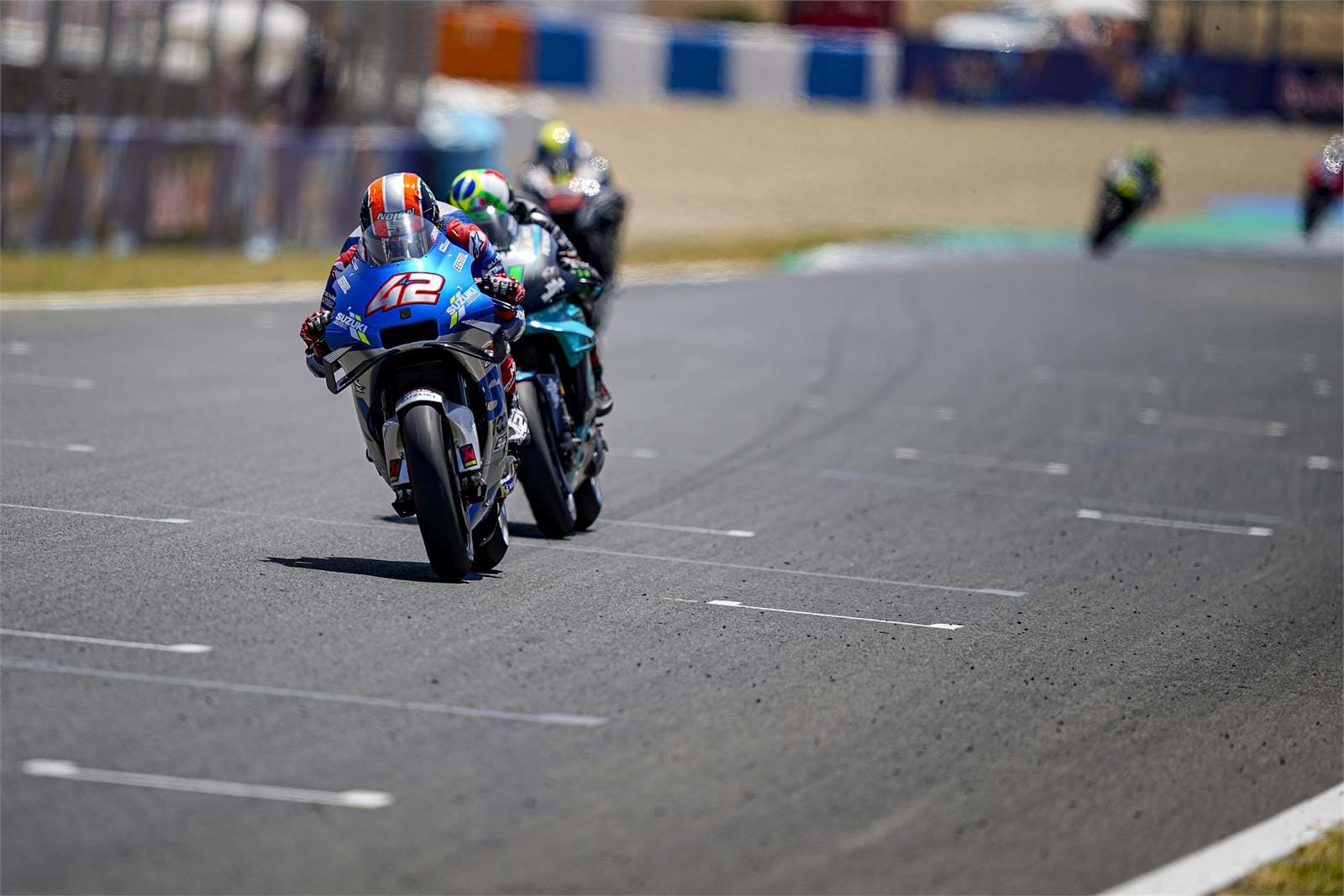 Mir said, "I’m very happy with what I managed to do; the team deserved a good result. When I was on track I felt that today could’ve been ‘podium day’ because I wasn’t far from it, and I saw a lot of other riders struggling or dropping out for various reasons.

"I think we did a really good race - and in the end I was only a little more than two seconds behind a podium place, so that’s good news. It was tough today because we didn’t have much information from last weekend to help us. But overall, I’m happy with my good and consistent pace."

Rins added, "The race was unbelievable; I was already suffering from the moment I joined the grid before the start. I got an incredible start but as the laps went on I started to feel more and more pain.

"With seven laps to go, it was really tough to continue; but after all the work that I’ve done since last weekend, as well as the doctors and my team, I just wanted to keep going. I never lost my faith and it allowed me to take this 10th place. I’ll continue with my recovery and hope to be on much better form for Brno."