Comprising a commemorative t-shirt and cap, the items feature Mir’s new number 1, world champion logo on the front. Across the shoulders of the shirt and the side of the cap is another world champions and ‘100 years of excellence’ logo, highlighting the fact that the title came in Suzuki’s 100th anniversary.

Mir won the biggest prize in motorcycle racing last year, after being crowned MotoGP world champion with a round to spare. He became the sixth rider to win the premier class world title with Suzuki, after Barry Sheene first claimed the crown for Suzuki in 1976. 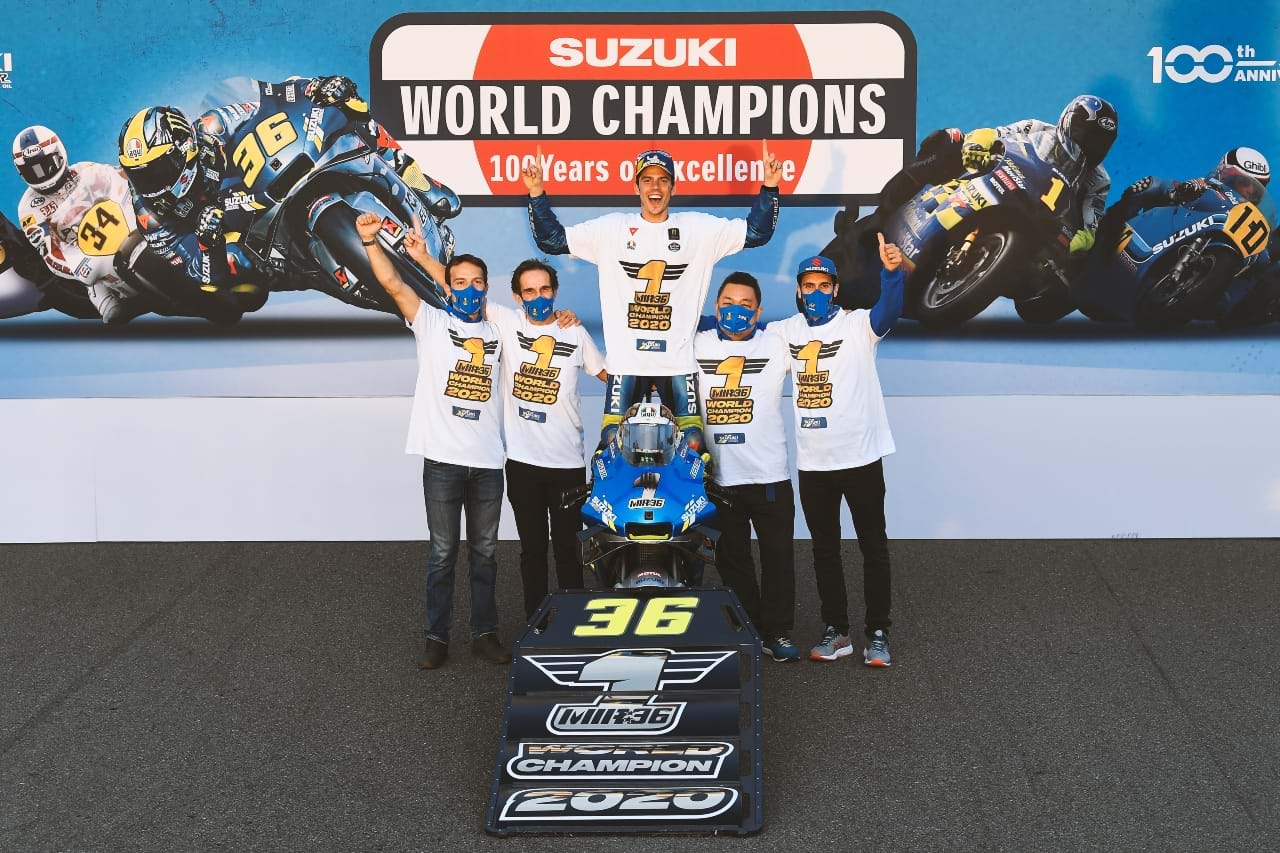 The new commemorative range is available to purchase through all authorised Suzuki dealerships or online. Find the t-shirt, here, or the cap, here.