At the eighth round of the Bennetts British Superbike Championship at Cadwell Park, Buildbase Suzuki’s Richard Cooper extended his National Superstock 1000 Championship lead, qualifying on pole aboard his GSX-R1000R before leading today’s race from start to finish to take victory.

In the Superbike class Bradley Ray qualified second quickest for his first front row start of the year to highlight just how much progress has been made to find a comfortable and competitive setting for himself and teammate Luke Stapleford. 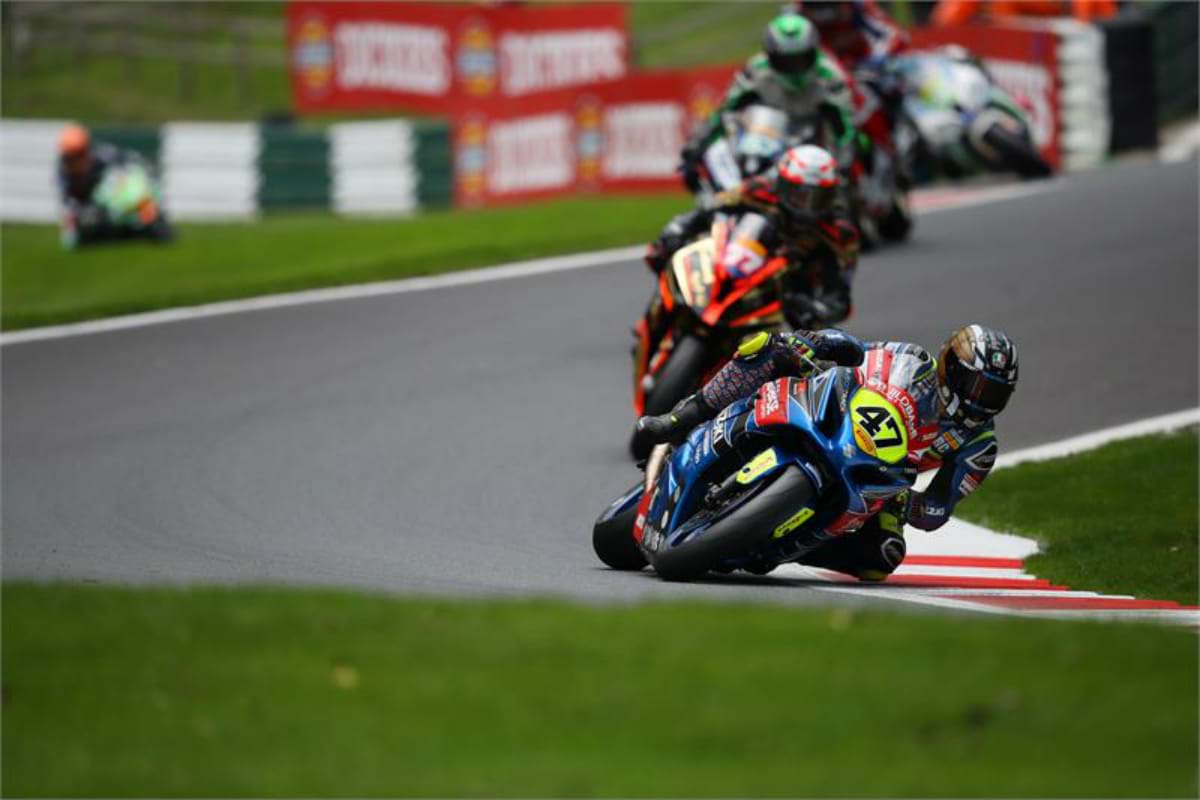 However, bad luck played its part in Ray’s weekend when it came to the races. A technical issue caused his superbike to cut out on the warm up lap for race one, resulting in a DNS. As a result he was forced to start race two from the very back of the grid, but showed his speed to cut through the field and join the battle for ninth place. Sadly for Ray he crashed out on the final lap through Hall Bends, but is very much taking the positives from the weekend’s speed and improvements.

Stapleford also provided evidence of the improved confidence in his GSX-R1000R, the superbike class-rookie racing to 11th in the first outing, before taking an impressive eighth in race two. 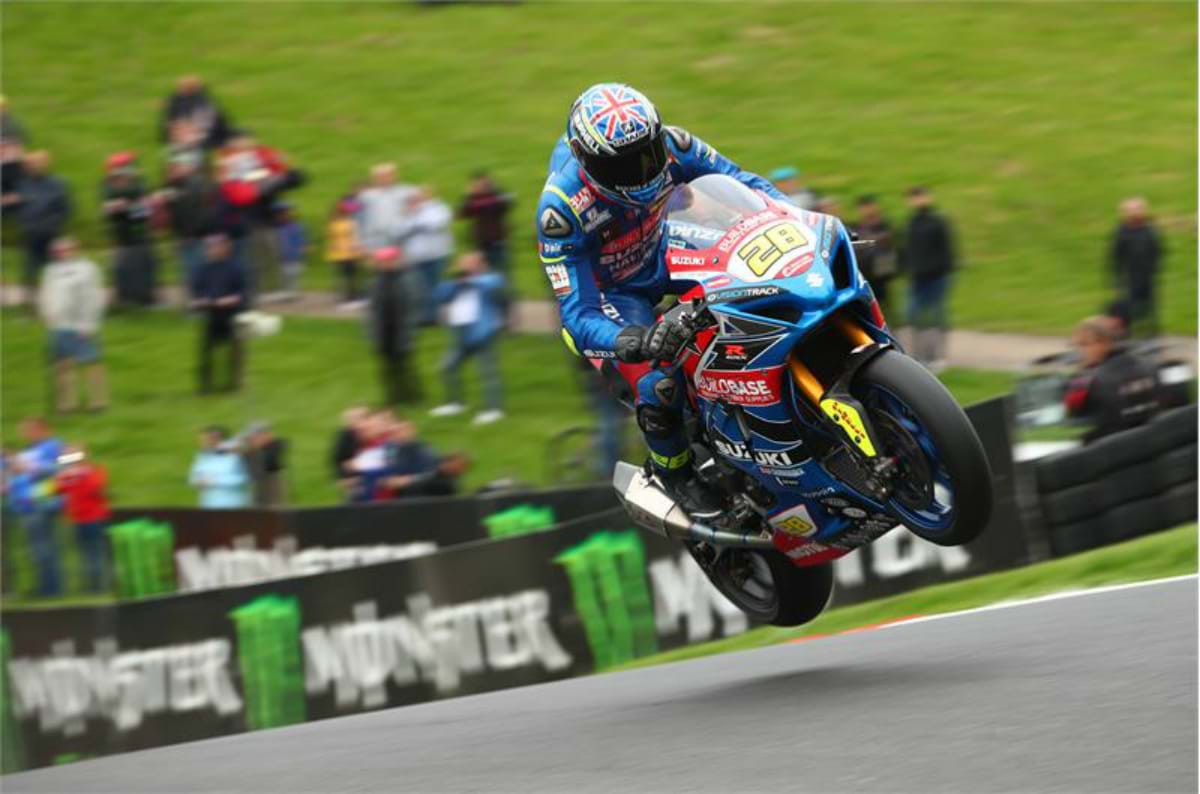 Richard Cooper commented, “The weekend didn’t start brilliantly; I think I only managed a couple of laps in practice before tipping off. But it couldn’t have gone any better after that. Qualifying was busy and it was hard to get a clear lap in but we still managed to set pole. In the race I felt like I was controlling it at the front. The safety car bunched everything up again but I had a proper push with a few laps to go and managed to pull a bit of a gap at the front. Winning at Cadwell is always a bit special, and this is the perfect way to bounce back after missing the podium at Thruxton, and it extends our championship lead.”

Bradley Ray said, “It sounds like a cliché but we really are taking the positives from the weekend. Naturally I’m going home disappointed because it felt like a real turning point after qualifying on the front row, and we probably could have had a go at a podium, certainly a top-five or six finish in race one. It meant we then had to start race two from the back of the grid which is hard at the best of times, let alone around Cadwell where it’s so difficult to overtake. But I enjoyed the race and making the passes to come up to battle for a top-10. Sadly I just tucked the front on the last lap. On paper people will just see two no-scores but the reality is we’ve shown we’ve made a big step again, which is the result of a lot of hard work from the team. Hopefully this is the start of a strong end to the year.”

Luke Stapleford added, “We’ve had a pretty good weekend. We continued where we left off at Thruxton and kept working on making those improvements and picked up two solid results for our efforts. We just missed the top-10 in race one but the eighth in race two feels like a good result and a big step in the right direction. I felt better on the bike and Cadwell is a track you need it to come naturally and feel comfortable, so hopefully we can continue like this now for the rest of the season.” 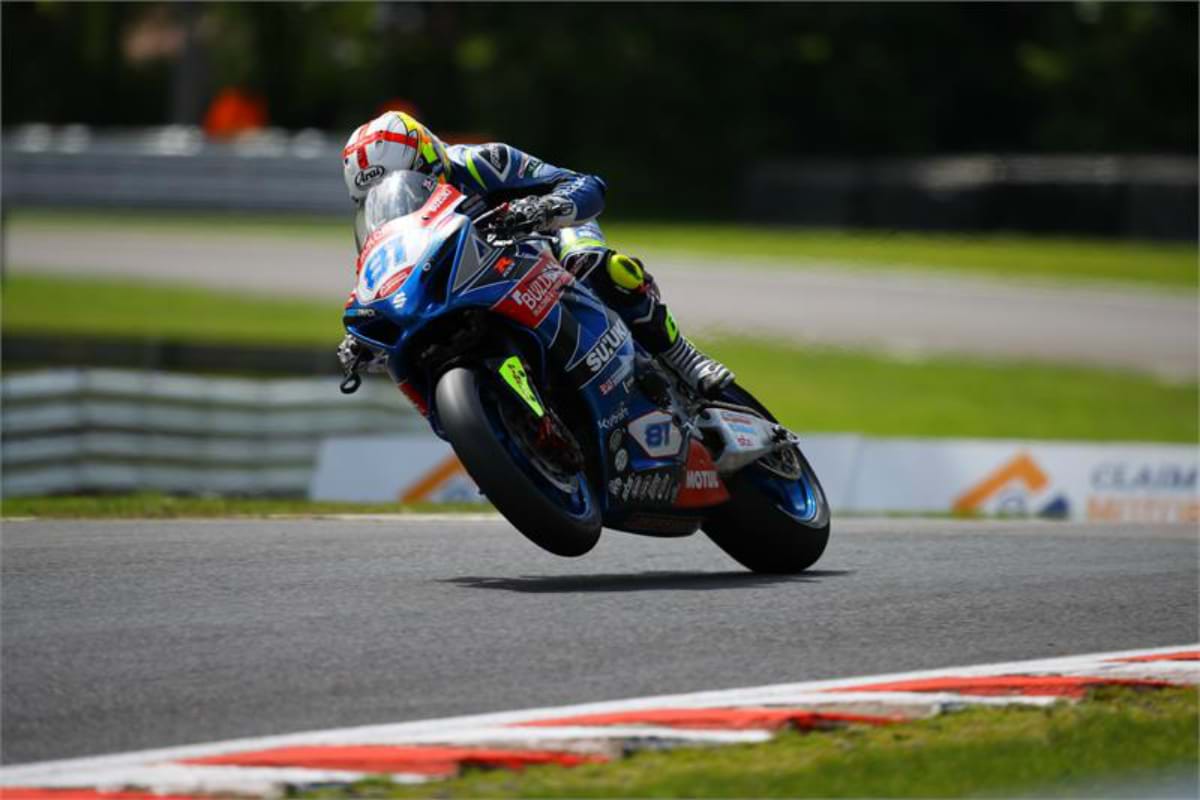