Reigning MotoGP world champion Joan Mir narrowly missed out on a podium finish at the season-opening Grand Prix of the year, finishing fourth at the Losail International Circuit in Qatar.

Mir started the final lap of the race in third position, and made a move for second in the penultimate corner. With pressure behind, he ran wide into the final turn, compromising his exit speed, before being passed by the two chasing machines of Johann Zarco and Francesco Bagnaia. 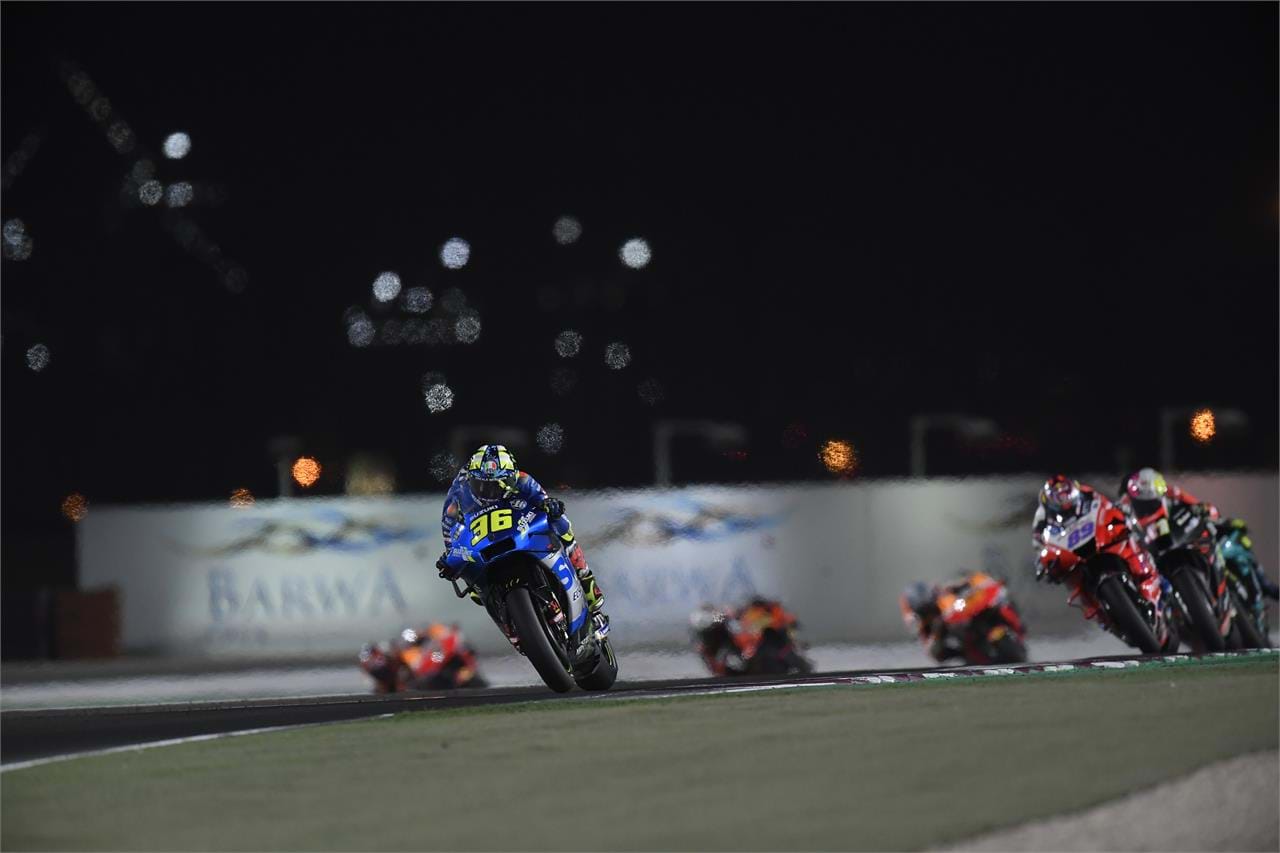 The result came after a trademark race for the defending champion, who came through from his 10th place grid spot to calmly, yet ruthlessly, pick off rider after rider in front of him.

He said afterwards, "I feel good, it was a nice race. I made a step this morning in warm-up and I regained my feeling with the bike - that was the most important thing. The bike worked so well today, and I’m really grateful to the team.

"I tried to push hard and get the most from the bike and the tyres, recovering places and managing well. I’m happy with how it worked out even if it would’ve been great to finish second. But I had a feeling those Ducatis would overtake me on the straight in the slipstream, and I’m still satisfied with fourth. We’ll take what we learned and go for next weekend. I’m feeling positive and ready for more." 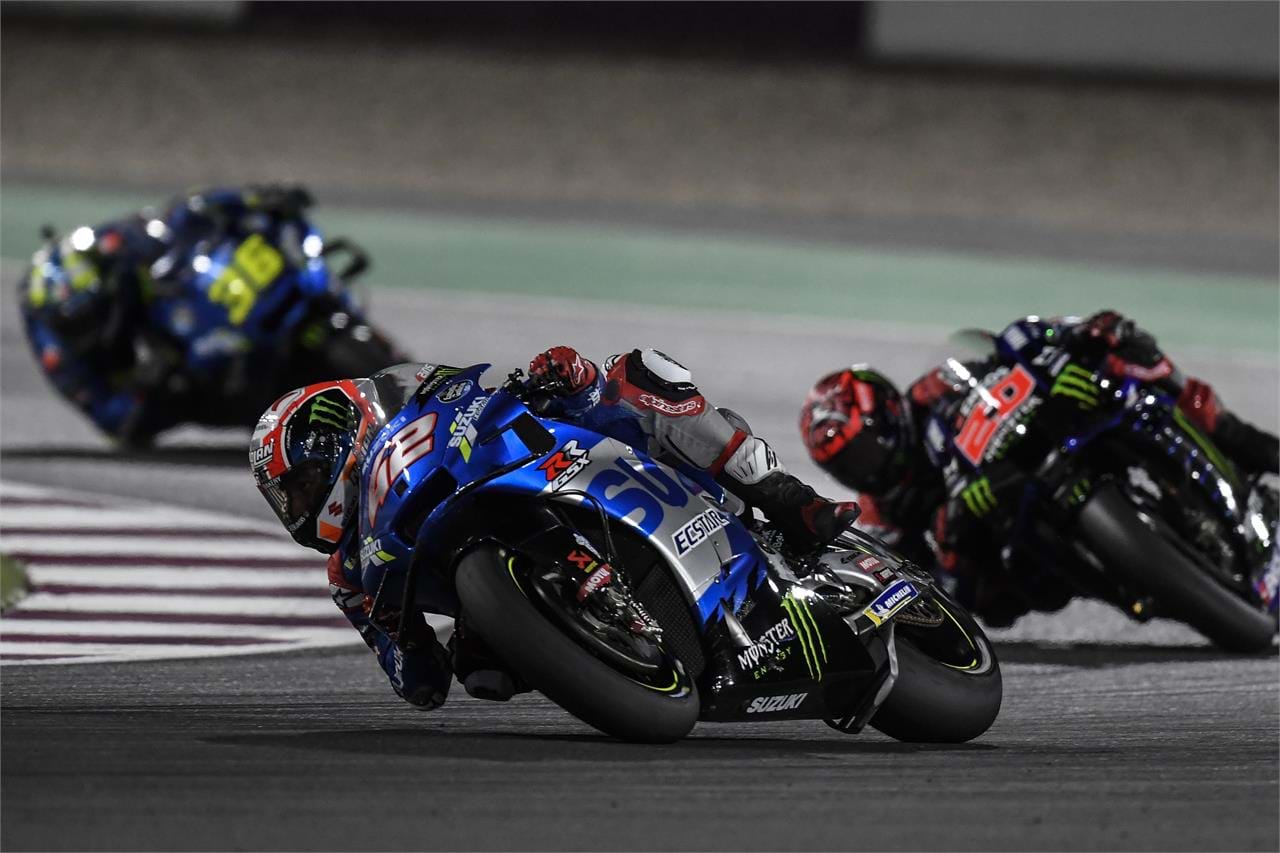 One of the riders Mir picked off on his way through was teammate Alex Rins, who was also looking to challenge for the podium.

Rins, starting ninth, made his way up to fourth place and was in the hunt for the podium, but he used up too much of his rear tyre to get there.

He was passed by Mir, and eventually crossed the line in a solid sixth. 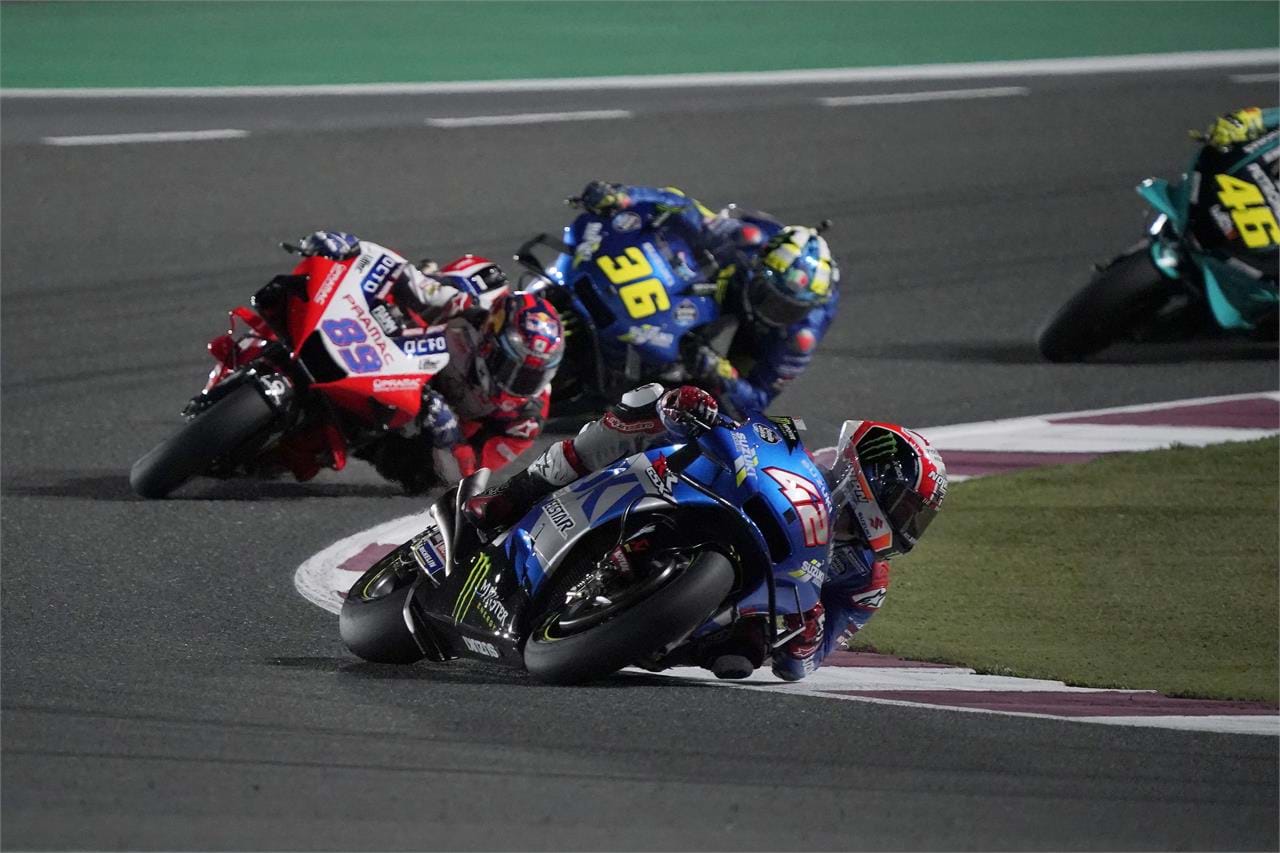 Rins said, "My start was not one of my best ones, so I had to push a lot to recover the positions I lost and catch up with the leading group. Already six laps before Joan passed me I was beginning to struggle with the tyres, so I think I cooked them. I did my best, and I’m pretty happy, but in the end I couldn’t manage to go higher. The bike felt good and my pace was strong, so I’m ready for next week."