MIR MOVES TO THIRD IN CHAMPIONSHIP

Team Suzuki Ecstar's Joan Mir moved into third place in the championship standings at the weekend, after finishing fourth in a chaotic Austrian Grand Prix.

The reigning world champion was tagged onto the leading group in a race that started in dry conditions, but with an ever-present threat of rain.

In fact, spots and spits of rain fell on and off, with the rain flag waved persistently by marshals. However, it wasn't until there were three laps left that Mir and the leaders pitted to make the change to wets.

With a handful of laps left, and many other riders opting to remain on slicks, Mir guided his GSX-RR around in the slippery conditions to come from outside of the top 10 to fourth at the chequered flag. Crucially he moves into third place in the championship standings, on equal points with second placed Francesco Bagnaia. 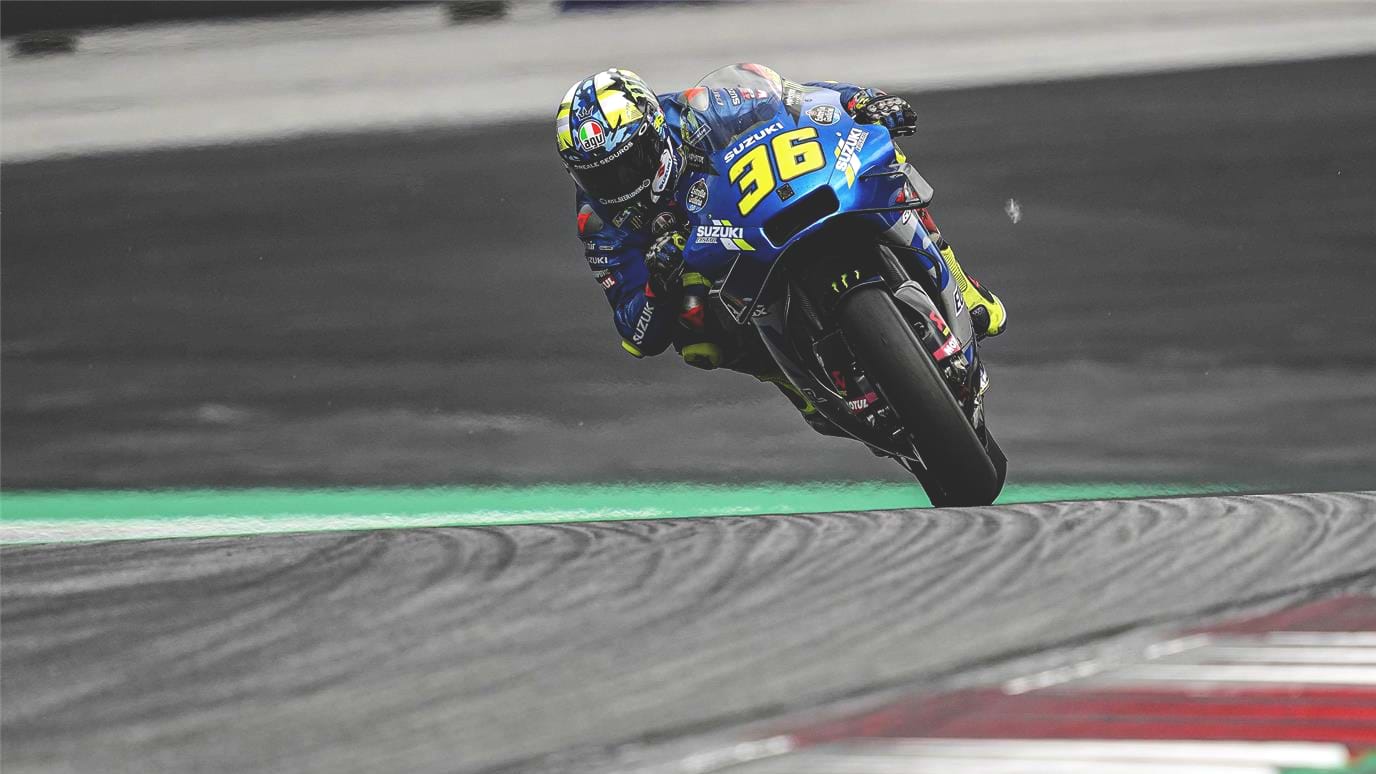 He said after the race, "I completed my first ever bike swap in a race, and it was a really intense and crazy experience. I was trying to decide the best time to head into the pits, I was weighing up the risk versus reward of slicks or wets, and then all my closest rivals decided to go in so I went with them.

"It turned out to be a good choice, because the track became very wet and slippery. The last part of the race was quite funny and strange because I don’t think anyone knew the real results until after the flag. It was also a little scary because there were riders everywhere, all on different tyres, it was like nothing I’ve ever experienced before.

"My feeling in the dry was OK, but I didn’t have as much traction as usual and we’ll need to analyse why. At first I thought I could win if I stayed out on the dry set-up, but that wouldn’t have been a sensible decision and I’m glad to bring home decent points and an important fourth place."

A lot of pushing and shoving on the opening lap left Alex Rins down in 16th on lap one. However, he recovered ground and was inside the top 10 as the rain began to intensify.

With more to gain from a gamble, he pitted earlier to switch to wets. However, the track conditions stayed more suited to slicks for longer than anticipated, costing him time. He finished 14th.

He commented, "When the rain came I anticipated the bike swap when following [Jack] Miller, but it was a shame because after that the rain stopped a bit, but it was impossible to know that. Turn three was bad but most of the track was OK at that point in the race. So in the end maybe I could’ve stayed with the slicks for longer. It seems that in the end it was a mistake to change early, but we were in a difficult situation. The main thing is that we got through these two races, got some points, and next we’ll move on to Silverstone - a track I love, and I hope to get a really nice result there."