He’s the reigning Bandit Challenge champion and in 2021 is defending his crown aboard the Team Classic Suzuki machine. So far this year he’s got a 100% win record, so is on the right track. We caught up with Harley Prebble to talk all things racing and joining Team Classic Suzuki.

The Bandit Challenge series has gone from strength to strength since its inception. Launched as a way of providing cheap racing (or as cheap as racing can be) it shared a grid in its first year, before soon commanding its own race and dealing with oversubscribed meetings.

Prebble finished runner-up in the series in 2019 before winning a significantly shortened championship in 2020. But a win is a win and for 2021 he’s swapped his own Bandit for the immaculately-prepared Team Classic Suzuki machine. He’s even modest about his 2020 success, though he makes a valid case for securing the ride based on his 2019 performance, when he finished behind James McHardy, who won the title with Team Classic Suzuki. 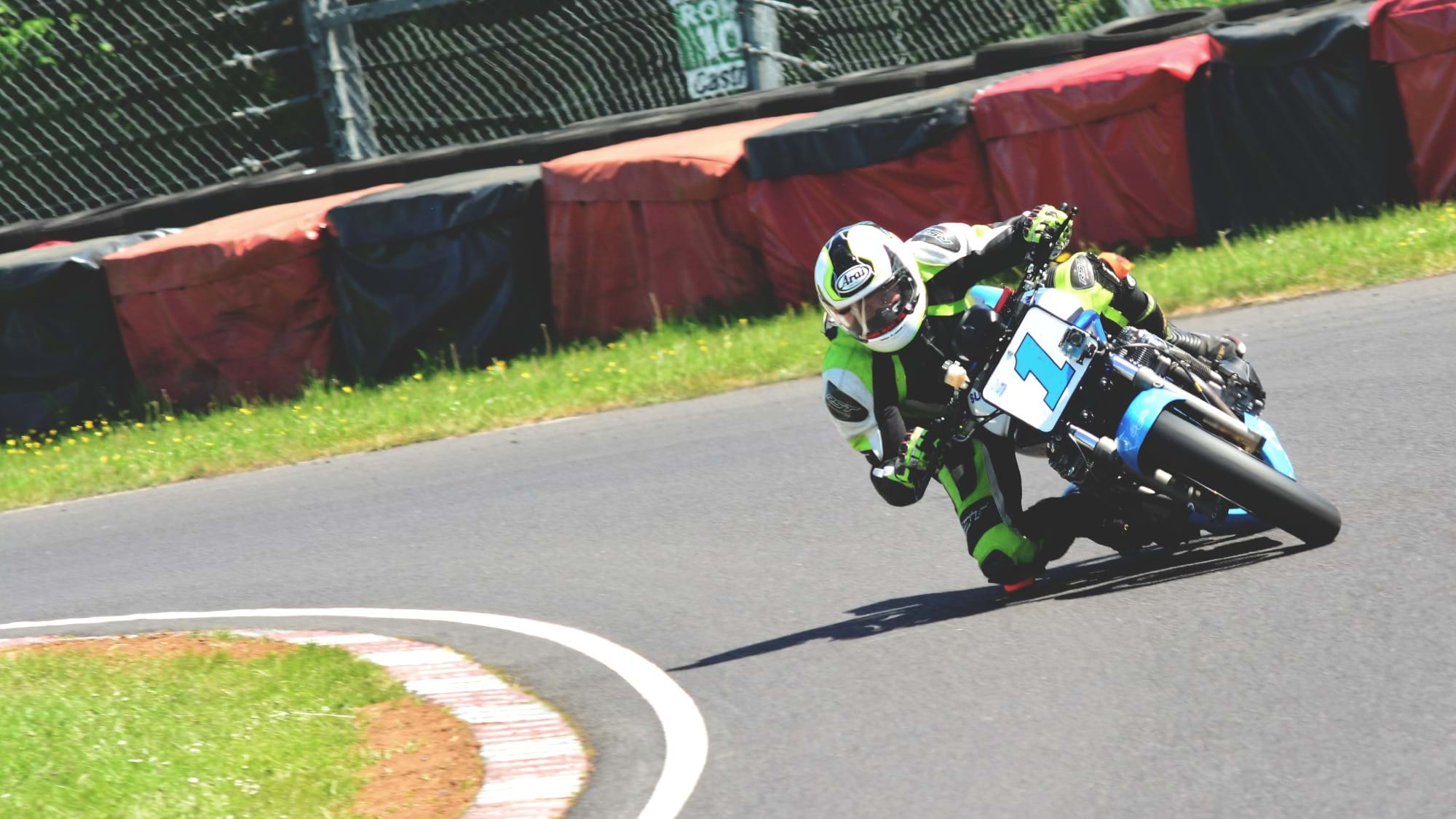 “Last year’s season, with Covid and the restrictions, unfortunately only ran over two meetings, so I don’t really feel like much of a champion based on those results alone,” he said on reflection. “But when you look at the 2019 season, which ran over 30 races, I won 20 of them, finished second in eight, sixth in one and had one DNF. I lost the championship by five points due to the BSB-style showdown, but if it was a conventional championship I would have won it by 44 points.”

To counter his point on 2020, Joan Mir won the MotoGP world championship over a shortened calendar, and is no less a champion for it - you can only beat what’s in front of you - and we can relate to losing a title thanks to a showdown: Josh Brookes missed out on a BSB championship for Tyco Suzuki due to the format. 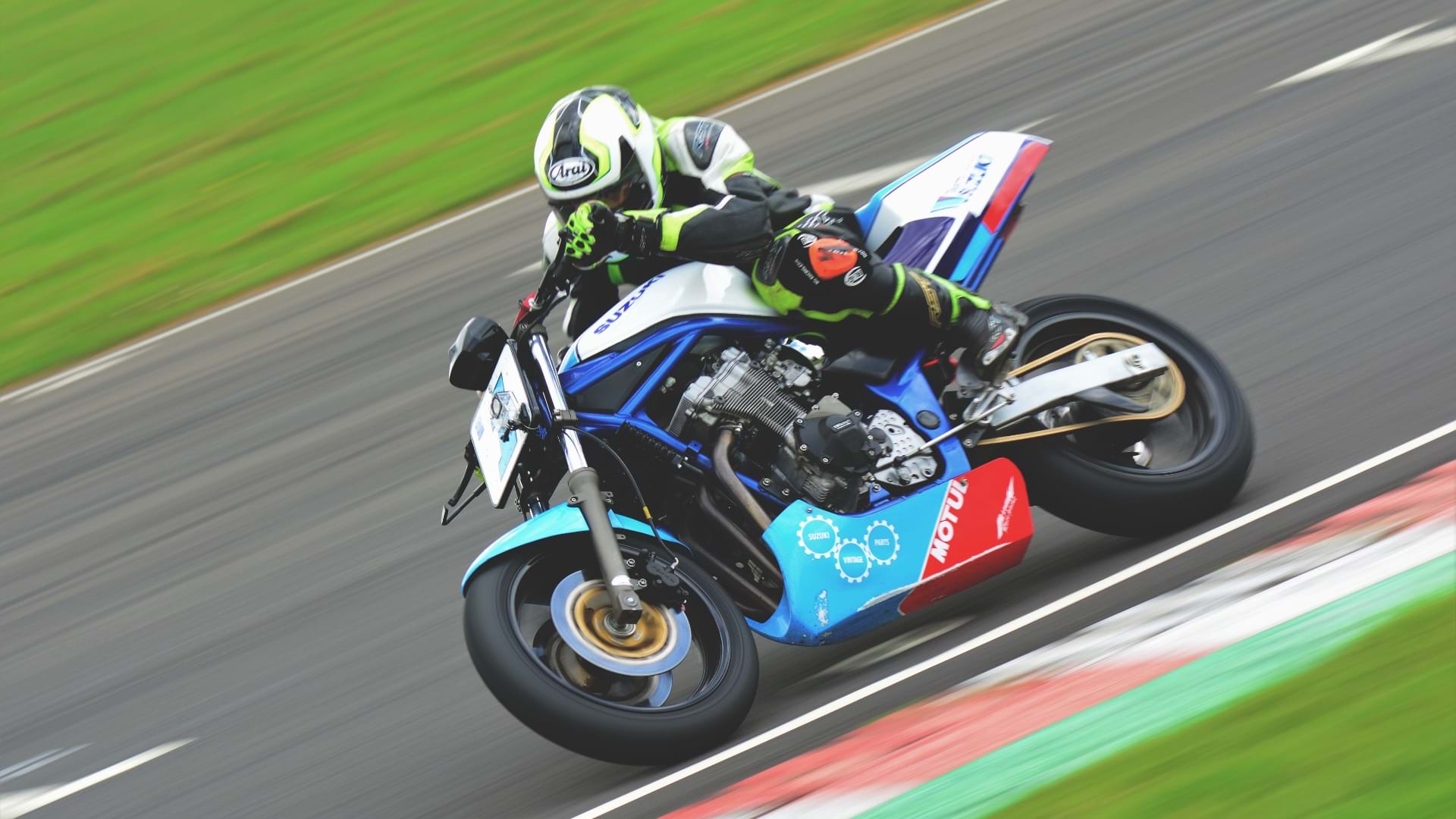 The Team Classic Suzuki ride comes 21 years after Prebble began racing, and by his own admission, it wasn’t something that came easily.

“I started racing in 2000 on a 600 my dad let me use,” he recalled. “It was his spare race bike, and my first time out on it was at Lydden Hill in Kent and I was just so slow. I was called up to race control as asked if there were any problems with the bike! I’m pretty sure flies and bugs were just bouncing off me down the straights.

“But I’d just jumped into racing a 600 without ever doing a track day and I didn’t even have a bike on the road. So I was in at the deep end a little bit, but it was in the days before you had to the ACU course and competency test. Maybe I was one of the reasons they introduced it!”

“I wasn’t a naturally talented rider. It took me years to actually get somewhere near the front and develop the confidence to think I could mix it with the front guys. Over the years I mostly raced 600s though did enter a couple of other classes along the way, and entered the 2015 Manx Grand Prix on my Suzuki SV650.”

Whether the talent comes naturally or not, Prebble’s shown he has it, and is doing the business again so far this season after joining Team Classic Suzuki.

“This year’s racing couldn’t have gone any better so far. Obviously there’s a long way to go but at Brands Hatch, Donington Park, and then Castle Combe I set pole and won all three races. I can honestly say that none of the race wins were easy to come by; it’s almost like Moto3 where you’re either attacking or being attacked or both at the same time, but it’s that close racing that I love.

“For the rest of the season the plan is to try and be there or thereabouts, and if we can keep luck on our side we should do alright. 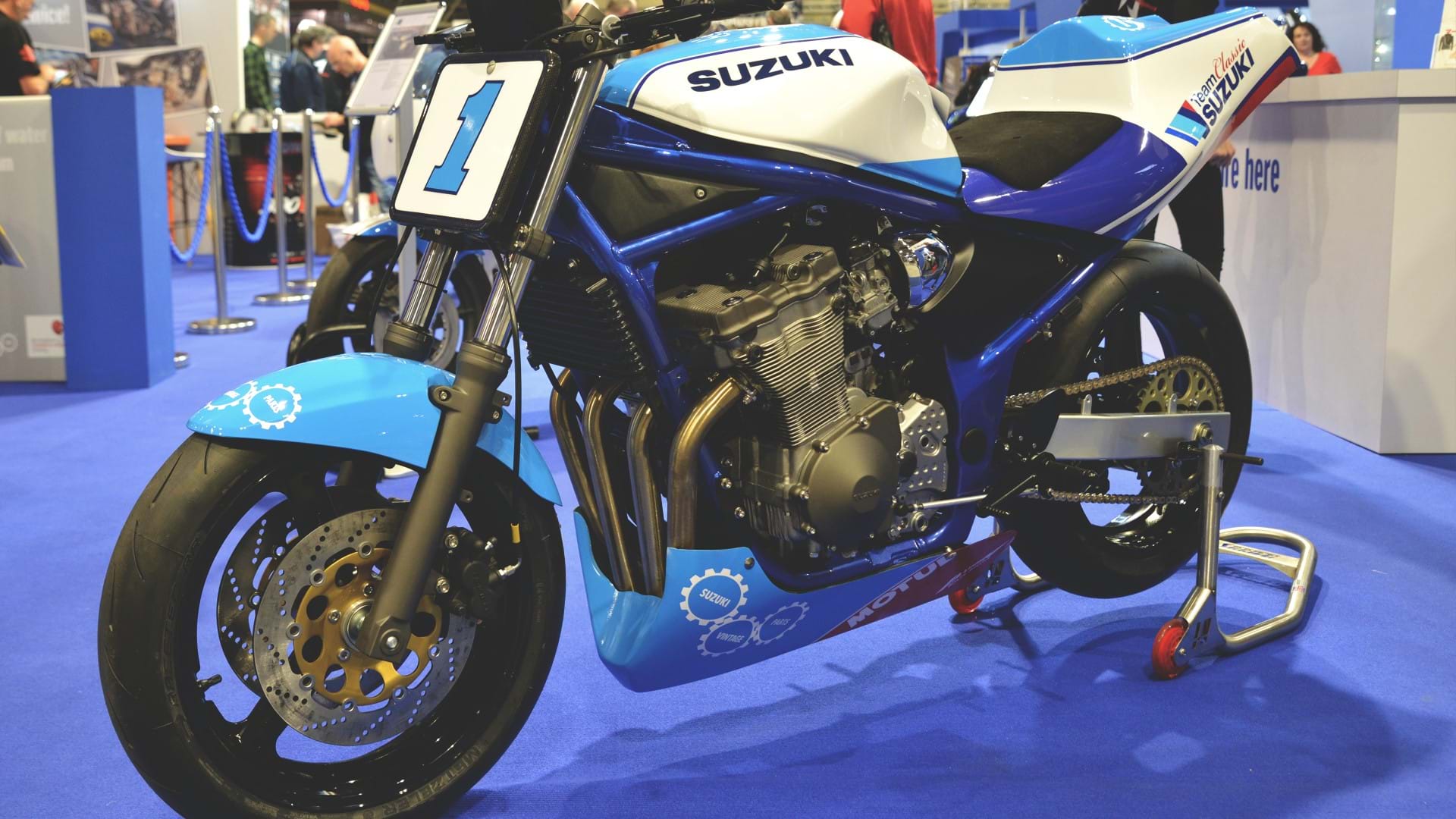 “But the bike is just ‘wow’. It’s immaculately prepared and setup and on the right circuit in the right conditions you can show the quick riders on the bigger bikes a wheel or two. So I really can’t thank Tim and Nathan and everyone at Team Classic Suzuki enough for trusting me with the bike this season. Getting the call was really unexpected as I didn’t think I would be offered the ride after last season.

“Their support for the series is amazing and it really is such a cool prize to win for a season; I don’t know of many championships where a normal working man can race and get this sort of backing, or of any other manufacturers supporting everyday riders like this.” 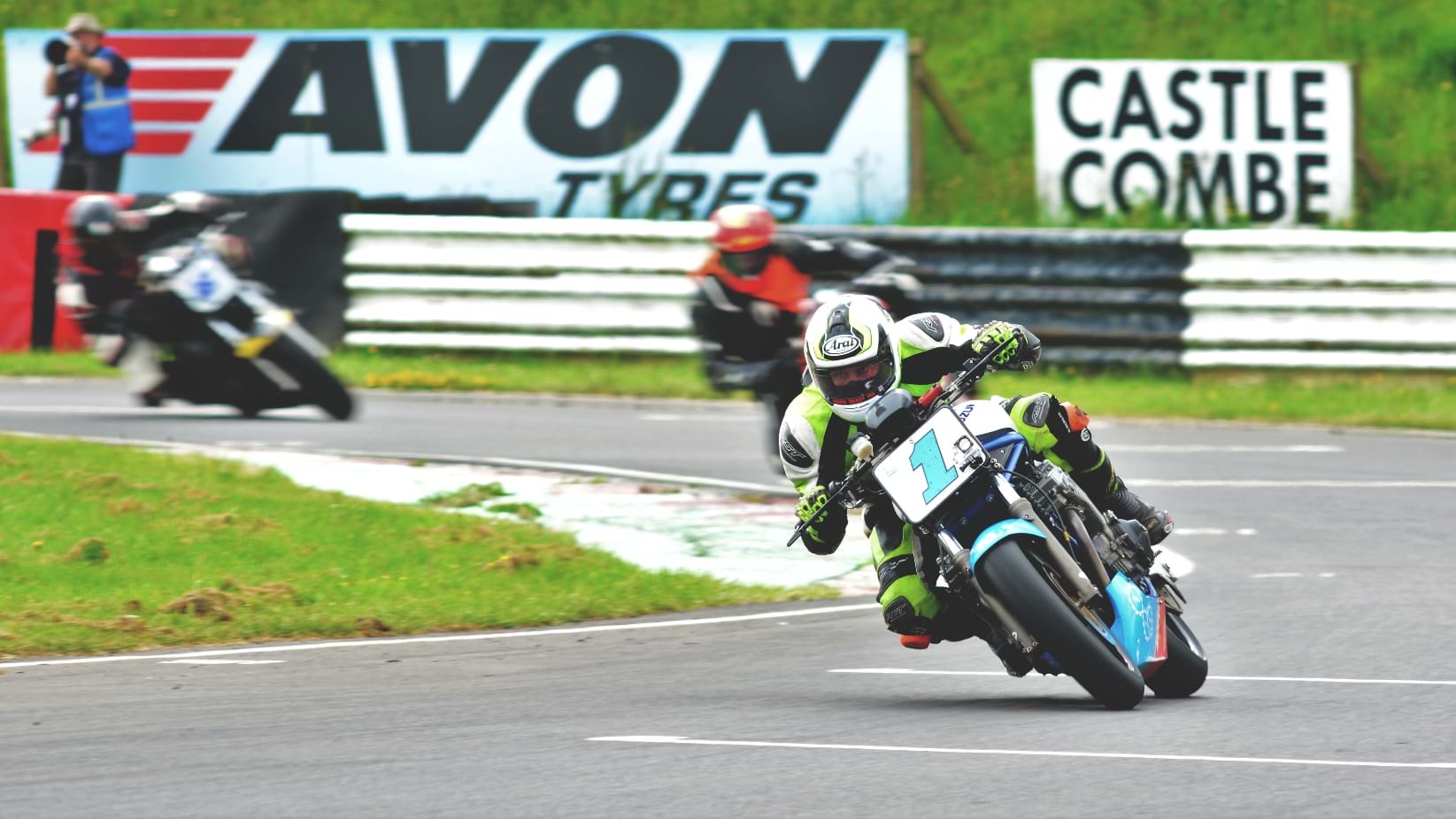 Suzuki GB also offers racers in the series a discount on parts so that they, too, can keep their Bandits operating at a high level and also repair any unfortunate crash damage sustained during the season. 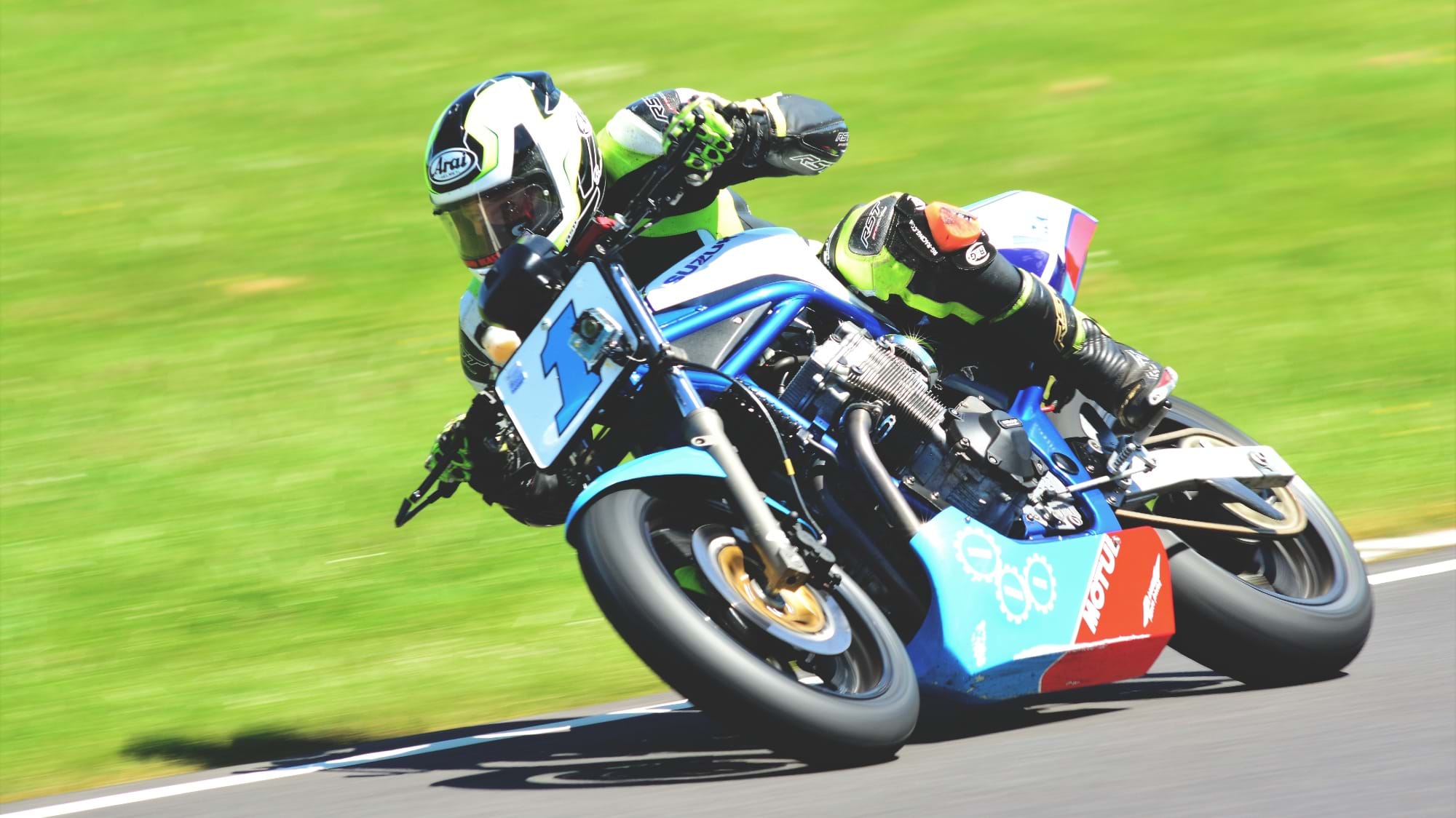 Prebble commented, “The Suzuki Bandit Challenge has been the most enjoyable series I have ever raced in. Everyone in the paddock is just great, we all pitch up together, and everyone helps each other out. If someone crashes and needs a part, someone will have it and help get the bike rebuilt and get them back out on track.

“I’ve been around the paddock for a long time and don’t think you get a better series than this. I’ve made lifelong friends doing this. And it’s amazing to have a manufacturer support a club racing championship like this and it makes it easier for riders to keep their bikes on track.

“So thanks again to Tim and Nathan, and also Keith Chambers who runs the club and also NG Road Racing and all the marshals. A lot of people work hard so we can go racing.”