Richard Cooper extended his National Superstock 1000 Championship lead at Donington Park this weekend, the Buildbase Suzuki rider winning both parts of Saturday’s 100-mile race on his GSX-R1000R, before finishing second in a wet feature race on Sunday.

Cooper – back in short circuit action after his debut at the North West 200 that saw him take a second place finish and the record for fastest ever newcomer – set off from pole and led from start-to-finish in the opening half of the two-part, 100-mile race. Following the mandatory pit stop, he was again in the group at the front in the second half, albeit with his rivals doing their best to halt his charge. Keeping his head, he settled into a rhythm before making a series of passes to get himself back into the lead, taking the win at the chequered flag. 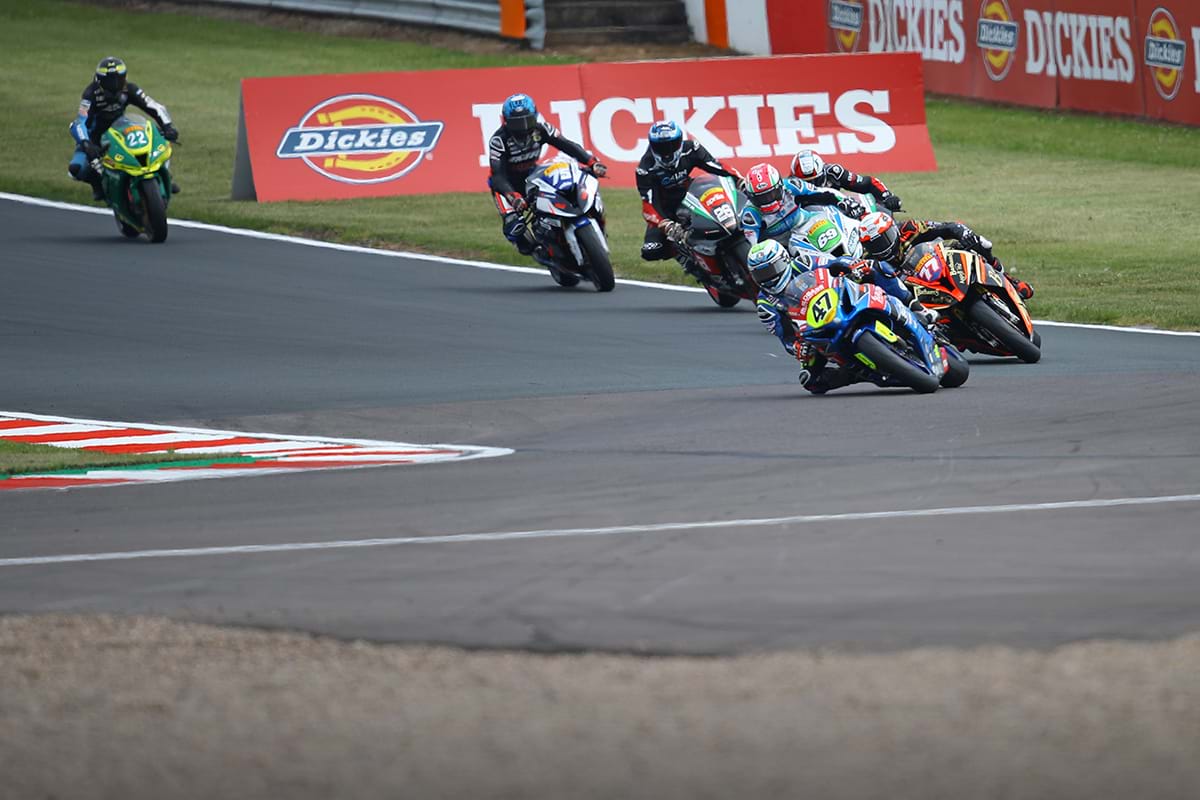 With the rain arriving for Sunday’s 21-lap dash, Cooper again used his experience to remain calm, allowing his rivals to get in front of him in the tricky conditions. With an eye firmly on the championship he kept it safe, but upped his pace as the laps ticked by, passing his main title rivals to finish second – including an impressive move around the outside on the last lap into the chicane – stretching his series lead in the process.

He said of extending his series lead, "Days like that can lose you a championship, and we’re fighting for a title. We had two good wins on Saturday from pole, and in the wet we beat who we needed to to extend the championship lead.

"I took my time at the start and settled into it, and the track came to us as it dried out a bit. It was quite a nice move on the last lap into the chicane and it meant we extended the championship lead again rather than giving four points away.

"It was another good job by the team and that makes my job easier; the bike was working perfectly, they put the settings in it and I get on it and ride it, and we’ve been on the podium in every race so far this season.” 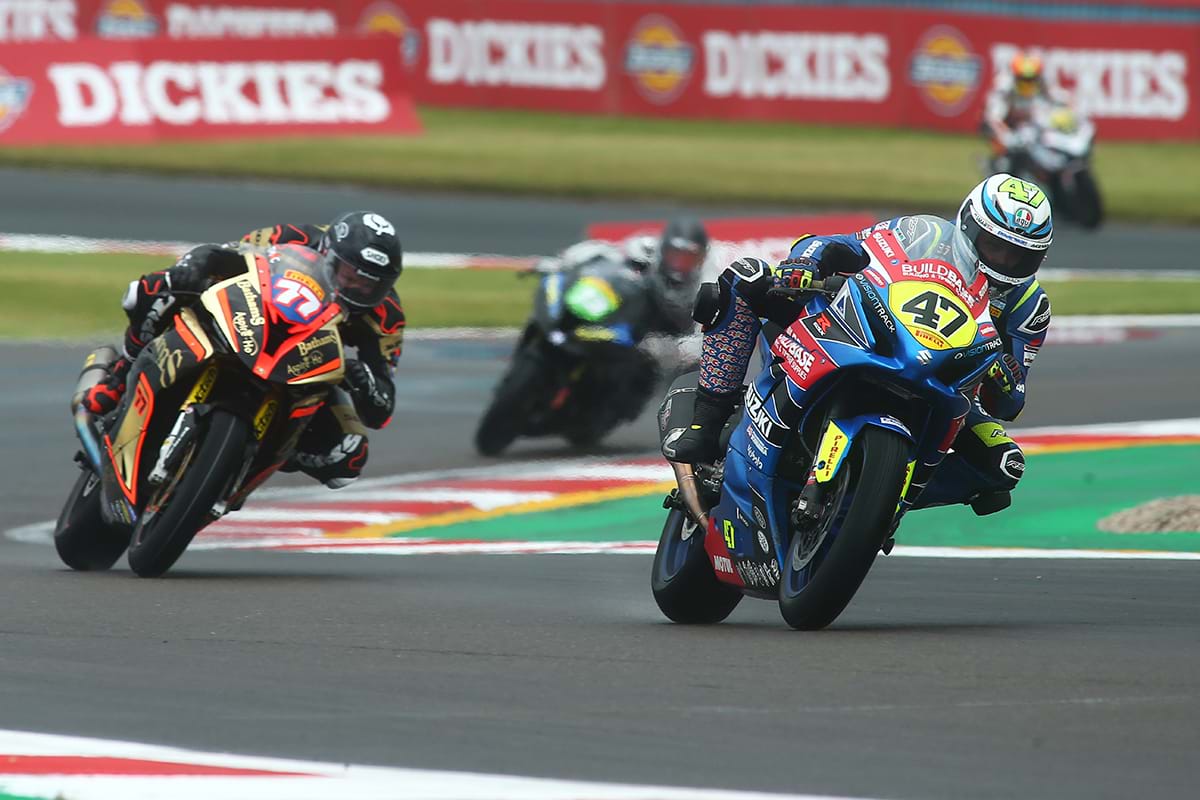 Three Bennetts British Superbike Championship races gave Bradley Ray and Luke Stapleford the chance to get more miles under the belts of their GSX-R1000R superbikes, as they and the team continue to work on improving their setups, and search for a solution to the problem that is currently preventing them from extracting the race-winning potential they know exists. There were positives throughout the weekend, including Stapleford making it through to Q3 and starting from seventh on the grid. Sadly he was just missing the setup to maintain that form in the races.

Ray chalked up 17th, 13th, and ninth place finishes, while Stapleford finished 12th, 15th, and 10th in the three races, while still the progression highlights the constant improvement taking place inside the Buildbase Suzuki garage. Crucially, Ray found nearly 15 seconds in race time from race one to race three. 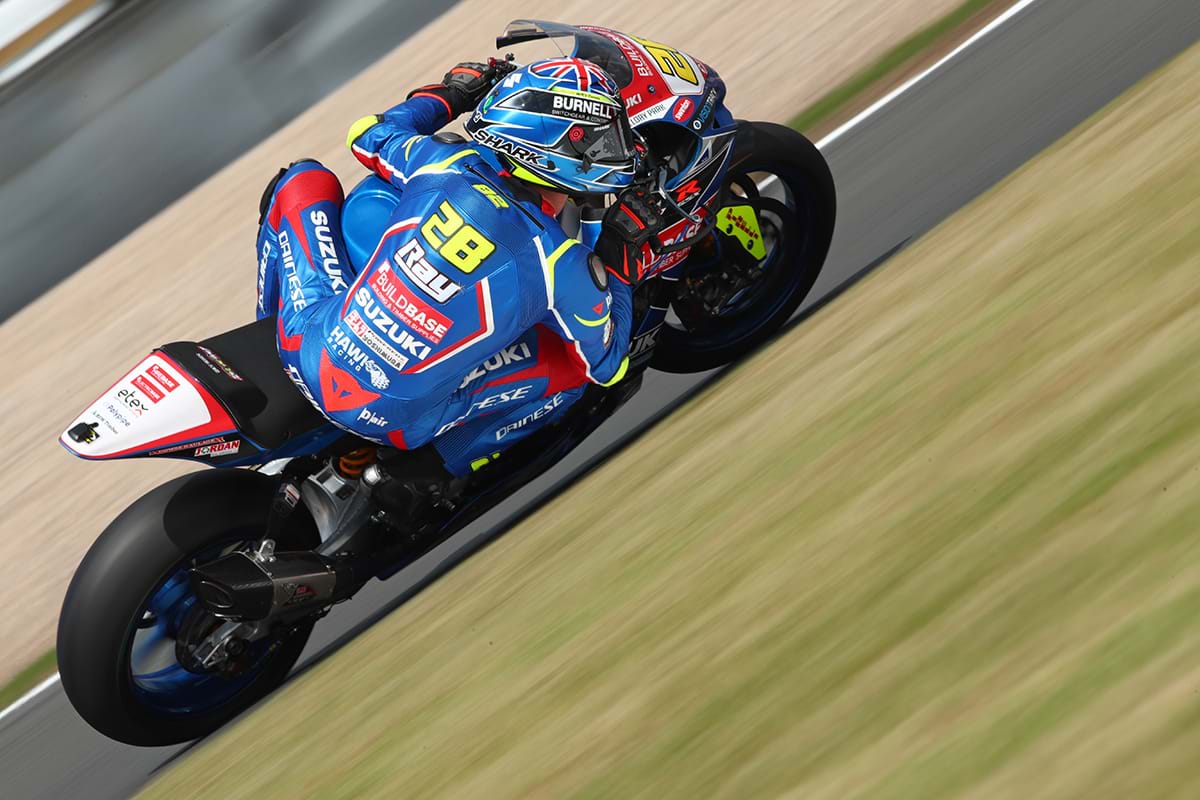 Ray said, "We made big steps this weekend. We’re still working on improving our feeling with the bike to give us the confidence to push, but we were a lot closer to the leader every time we went out which shows that we are making improvements; we were over 30 seconds off the winner in race one, and that was down to 18 in race three.

"Obviously we want to be back to where we know we can be and getting the results we know are possible and that we had last year, but it’s coming." 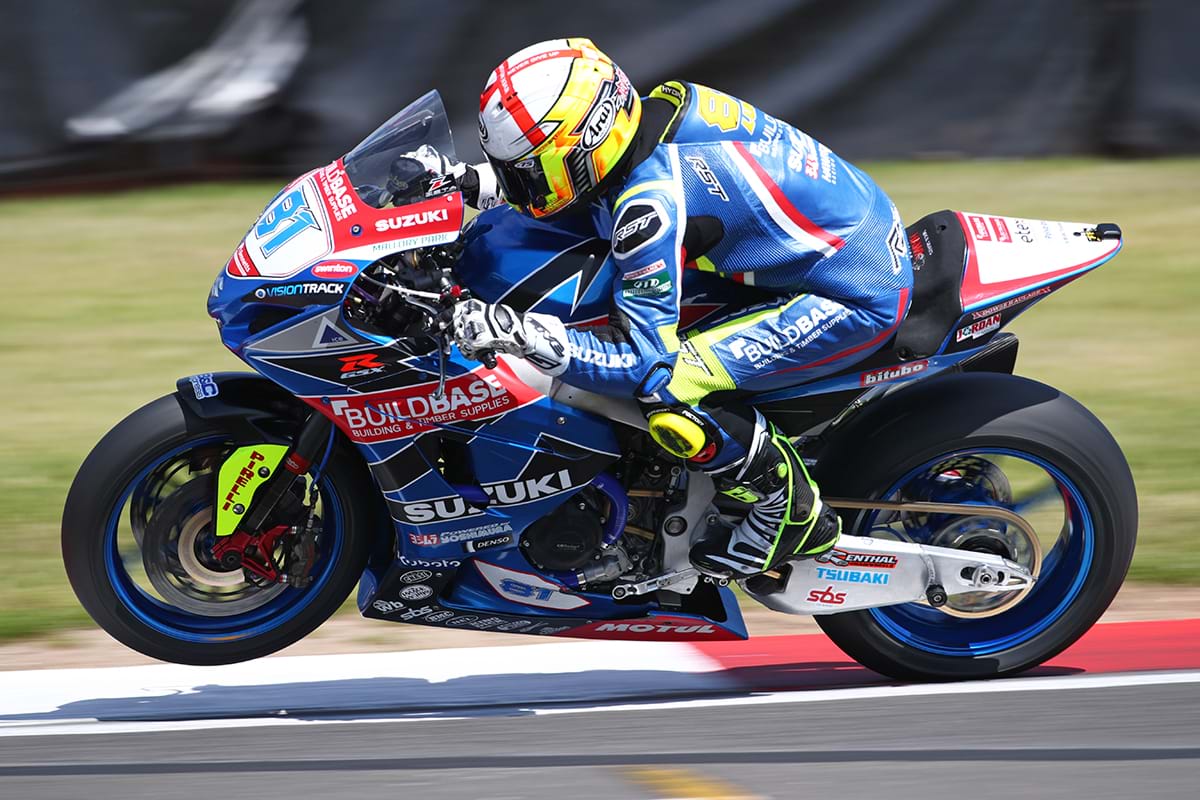 Luke Stapleford, "It’s more improvement. Oulton was really difficult for us, but this weekend, while they’re not the results we go racing for, we made steps forward, came away with three points-scoring finishes and a couple of top-10s for myself and Brad.

"We obviously want to be further up the order than that, but I know that the team and the bike is more than capable of it. We’re getting there and we’re making steps forward. Qualifying was good and honestly I thought the pace might have been there for a podium but sadly it didn’t materialise.

"I also think I need to work on my style, which is still a bit ‘600-style’. But it’s progress, and hopefully we’ll do the same at Brands Hatch next time out."

Buildbase Suzuki now turns its attention to the Isle of Man TT races, where it will field newcomer Jay Lawrence. For information on Lawrence’s signing, click here. Follow the team’s progress via @_HawkRacing on Twitter.