Tim Neave will make his superbike debut this weekend at Cadwell Park, for the sixth round of the Bennetts British Superbike Championship, as he swaps his Buildbase Suzuki GSX-R1000R superstock machine for a full-fat superbike, standing in for the injured Danny Kent.

Neave - who only returned from injury at Donington Park - heads into the weekend as a complete superbike rookie, but the superstock race-winner and Cadwell Park local is excited at the prospect and is setting himself realistic targets across the weekend. 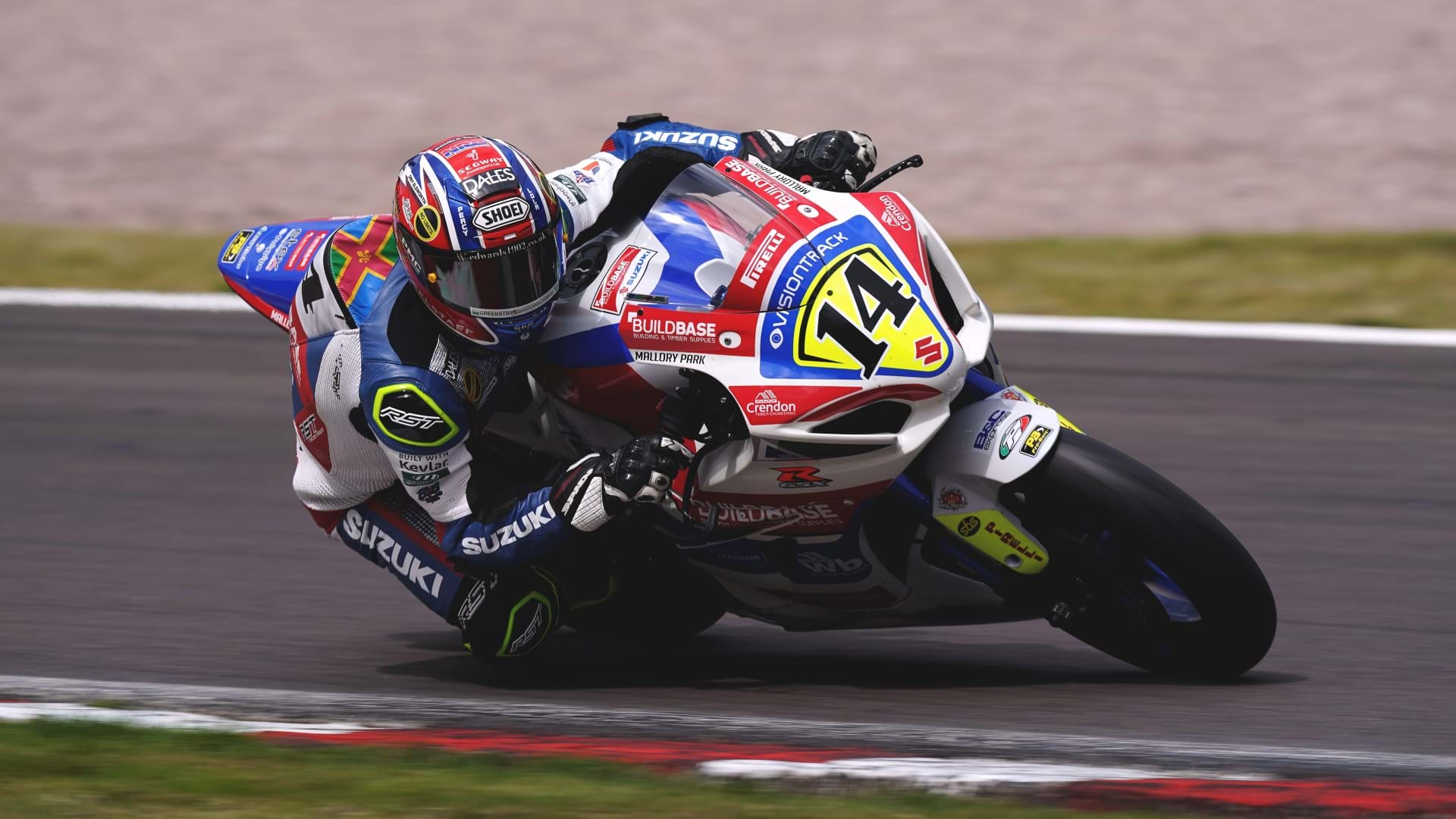 Neave said, "Obviously I wish Danny a speedy recovery. I've spoken to him and he's been great, wished me luck and told me to go out and enjoy it, and that's what I'm planning on doing.

"I'm really excited, and I couldn't be making my debut with a better team. I've never ridden a superbike, I've never even ridden on slicks, and I've also never worked with a data guy, so I'm going to have so much to learn, but it's still a motorbike with two wheels, the throttle goes both ways. The session today will really help, though. I think we'll start by softening everything off, give myself as much feel as possible, and then go from there; as I get more comfortable and go faster we can dial in some more support.

"But I'm not setting any targets, the only aim is to improve in every session, and if we can do that I'll be happy."

Kent will undergo further surgery on his broken hip next week, after crashing out of race two at Donington Park last weekend.