Alex Rins raced to a fourth place finish at Mugello for the Italian Grand Prix this weekend, after fighting for the win throughout onboard his GSX-RR.

Rins made a lightening start from 13th on the grid, and within just one lap was up with the leading group and looking threatening, utilising his GSX-RR's supreme agility around the flowing Mugello circuit. 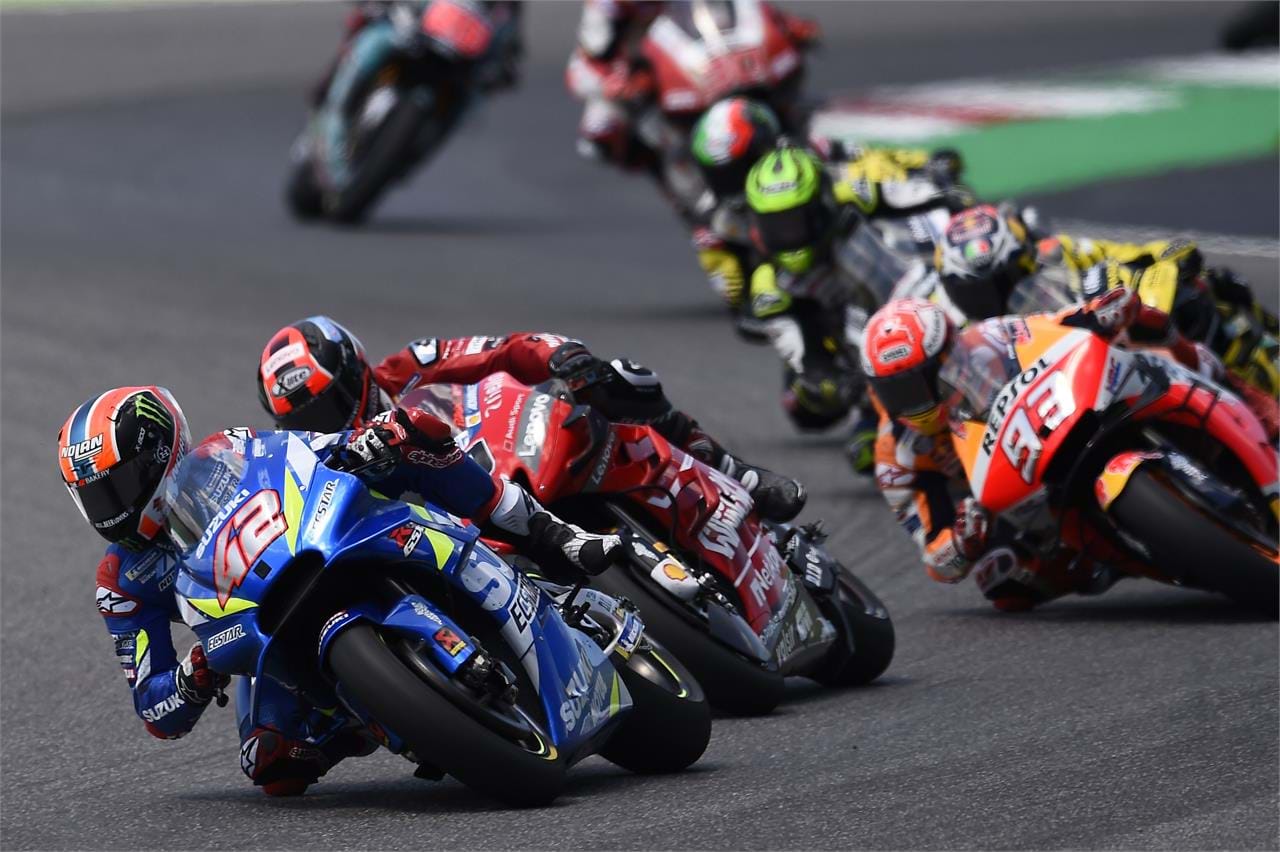 It was a race-long battle to sort out the podium positions, with Rins always in contention. Starting the last lap in fourth, he made a final move into the final corner to attempt to secure a podium, but was unable to make it stick, and took the chequered flag in fourth. He does, however, retain third place in the championship.

He said afterwards, "I don’t think I could have had a better result with a better grid position, I recovered a lot of places on the first lap, but I was losing a lot of time on the straight.

"We knew it would be a tricky part of the track for us, and it’s a bit of a pity. But I gave 100% and pushed really hard, I tried to pass Dovizioso on the last corner, but he had a bit more traction than me. Anyway, I’m happy with this fourth and it all helps with the championship." 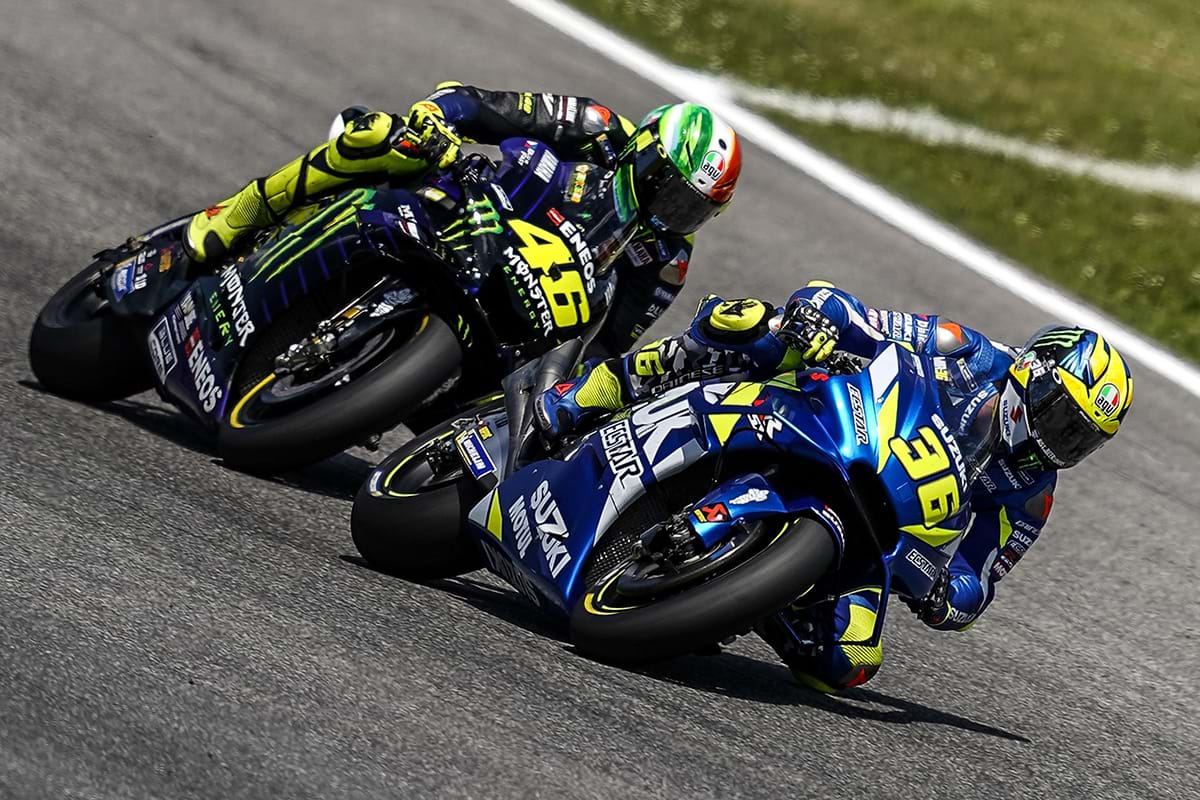 His teammate and MotoGP rookie, Joan Mir, was looking confident and keen to progress, but just a few laps into the race he was hit from behind and taken into the gravel trap.

After rejoining the track, the youngster was determined to prove his pace once again, he kept his head down and managed a great 12th place at the finish line.

He said, "I’m glad to pick up some points today, even if it wasn’t in the position that I wanted or that I felt I could achieve with my potential this weekend.

"The touch between Valentino [Rossi] and I cost me around seven seconds, and that’s what prevented me from getting a top-10 finish. But, I want to thank the team for all the great work done this weekend, I feel good and I know the results will come."