Alex Rins suffered a second crash in as many races that saw him relinquish a safe second place in the German Grand Prix at the Sachsenring, while his teammate Joan Mir finished seventh after battling for fourth place in the closing stages.

While Rins and the team were disappointed with another DNF, the mood was still positive, with it clear to see that the pace is now there to challenge for wins and podiums regularly, after Rins crashed out of the lead at Assen. 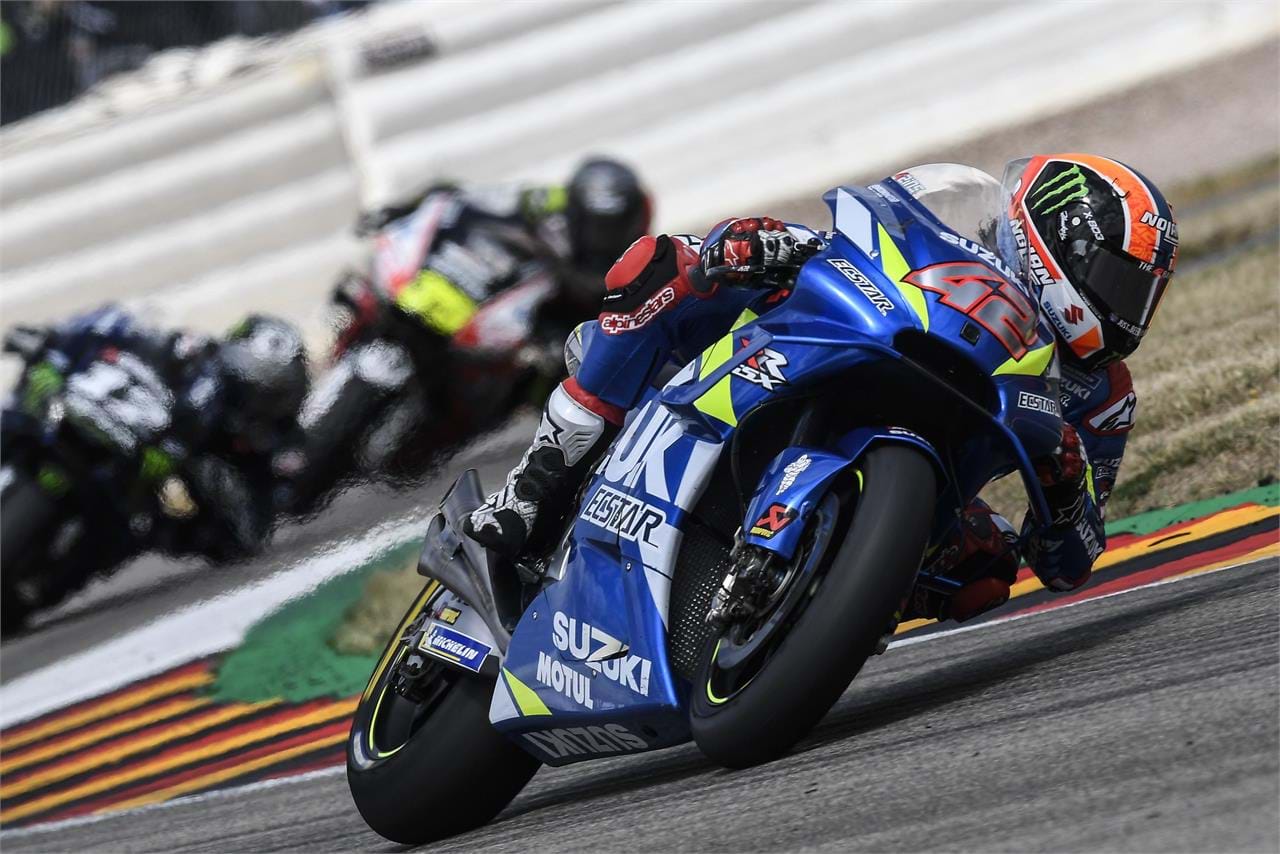 Rins reflected, saying, "I lost a podium. My feeling with the bike was really nice and I tried to get into second place as soon as possible because I felt that my rhythm was strong.

"Unfortunately, I lost the front on a fast right-hander; I entered into it just a couple of kilometres per hour faster than usual, and that’s why I crashed.

"It’s a shame because it’s my second DNF in a row, but I still feel positive because my pace has been good recently and I know I can get good results again when we come back after the break." 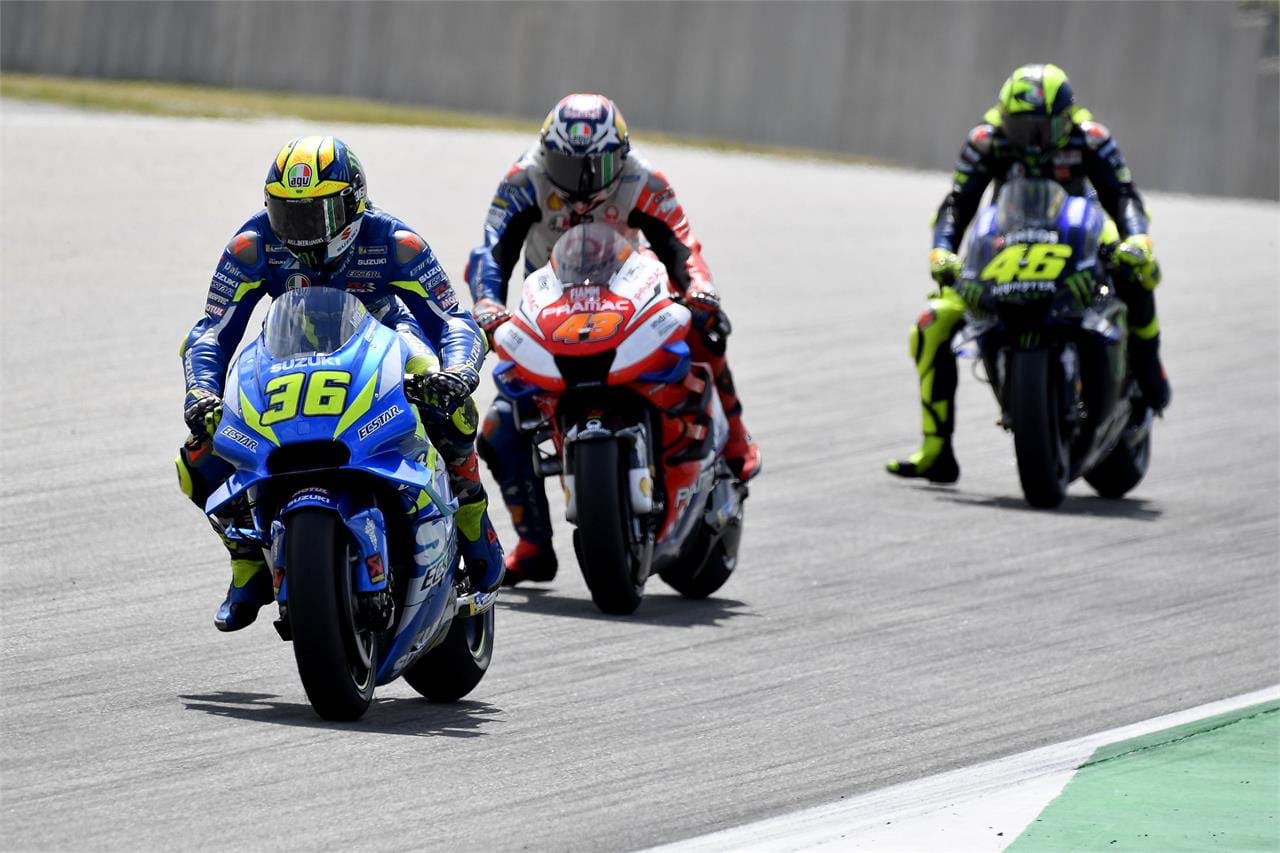 Mir had also shown much-improved pace as he continues to develop and learn as a MotoGP rookie. He was feeling comfortable in the fast and experienced second group on track, battling for fourth until the closing stages, coming away with seventh at the flag.

He commented, "It was really nice to fight for top positions in a quick group, but I made some mistakes and I had to recover some places, which cost me a bit. Anyway, I’m happy with my performance and my pace, it was difficult to pass the other riders in front of me, but I gave it my best shot and I could bring home seventh.

"Now it’s time for a little break with my family, and then I’ll start preparing for part two." 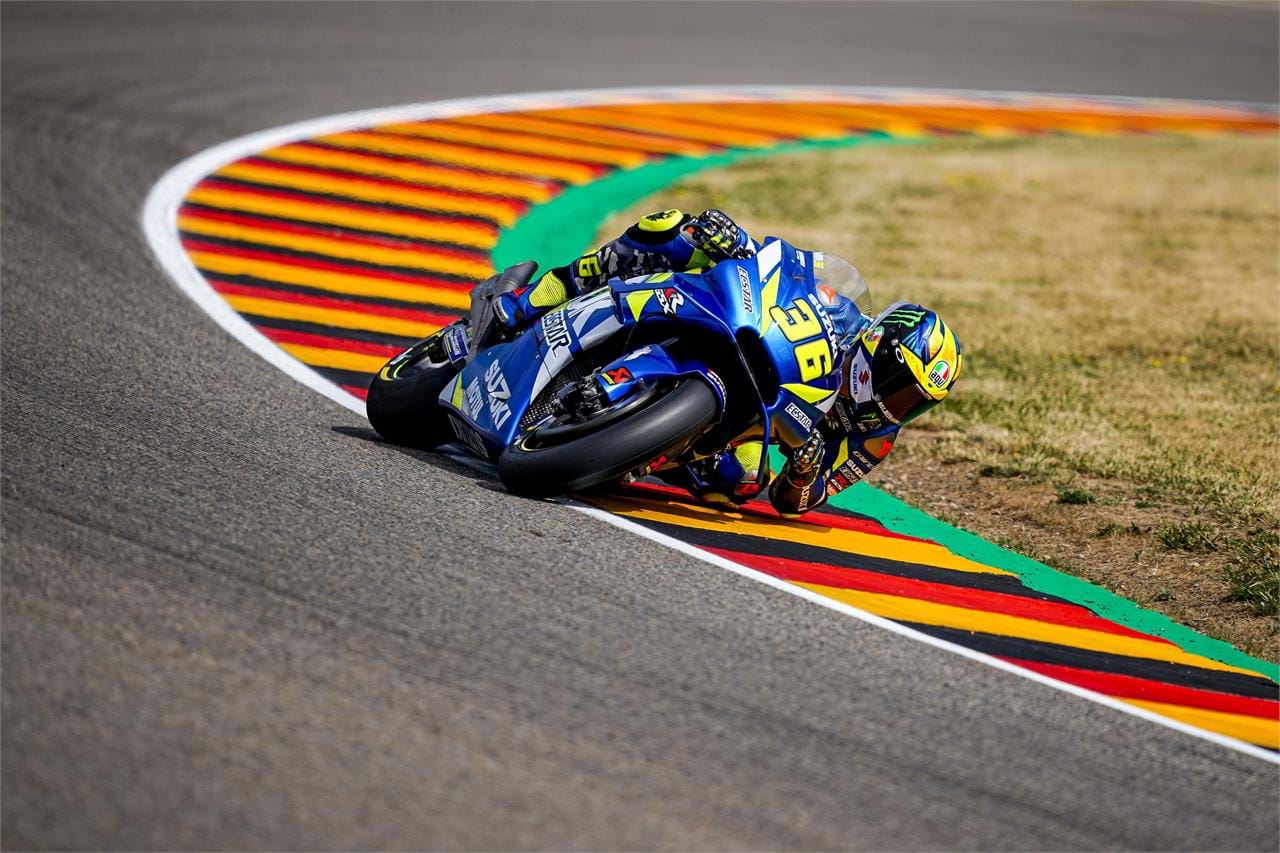 Team manager Davide Brivio said, "It was a pity for Alex that he crashed, because he was in a good position and he had space around him, therefore we missed a chance for another good result. But these things happen.

"Joan did a really good race, he was faster than his group at times, but it’s difficult to overtake here in Sachsenring. Anyway, it was great for him to be around much more experienced riders, and battle with them. We’re looking forward to the second half of the season, we’re competitive and we can try to go for good results. We’ll do our best."