Buildbase Suzuki’s Gino Rea picked up his best ever BSB result with a fourth place at Donington Park for the fifth round of the Bennetts British Superbike Championship, while his teammate in the National Superstock 1000 class, Tim Neave, finished on the podium in third.

It was a weekend of mixed fortunes for the team after Saturday’s racing was postponed due to the weather conditions, meaning three superbike races and two superstock races were condensed into Sunday’s schedule. In the superbike class iffy track conditions for the opening race saw Rea and teammate Kyle Ryde elect to use the intermediate rear tyre on their GSX-R1000s, which, despite costing them time early in the race, allowed them to attack in the closing stages, as they carved through the field to finish sixth and eighth. Keith Farmer, battling on the cusp of the top-10, finished 13th.

The decision to run intermediates also allowed Ryde and Rea to set faster lap times than many of their rivals, something which gave Ryde a front row grid spot for race two, with Rea going from the second row. 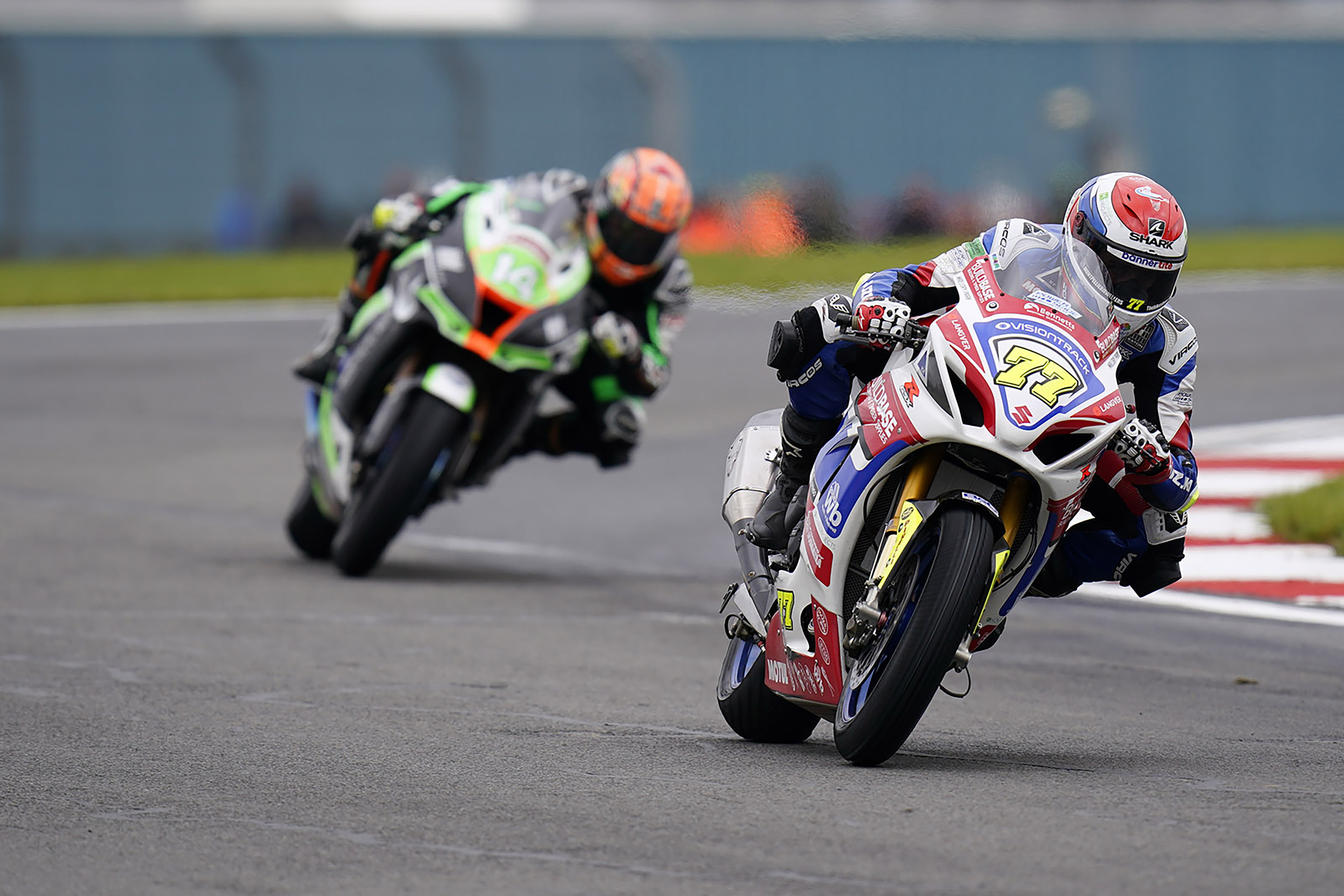 Ryde made a strong start to the second 15-lap race and grabbed the lead on the opening lap. Looking comfortable and keen to make amends for the disappointment of the previous round at Oulton Park, disaster struck when he was forced to retire with a mechanical issue.

Picking up the baton dropped by Ryde, Rea hit the front after also making a good start. He held the lead before being relegated to second. Forced wide at the Melbourne hairpin and dropping more positions, he kept pushing to take a superb fourth, with Farmer 11th. 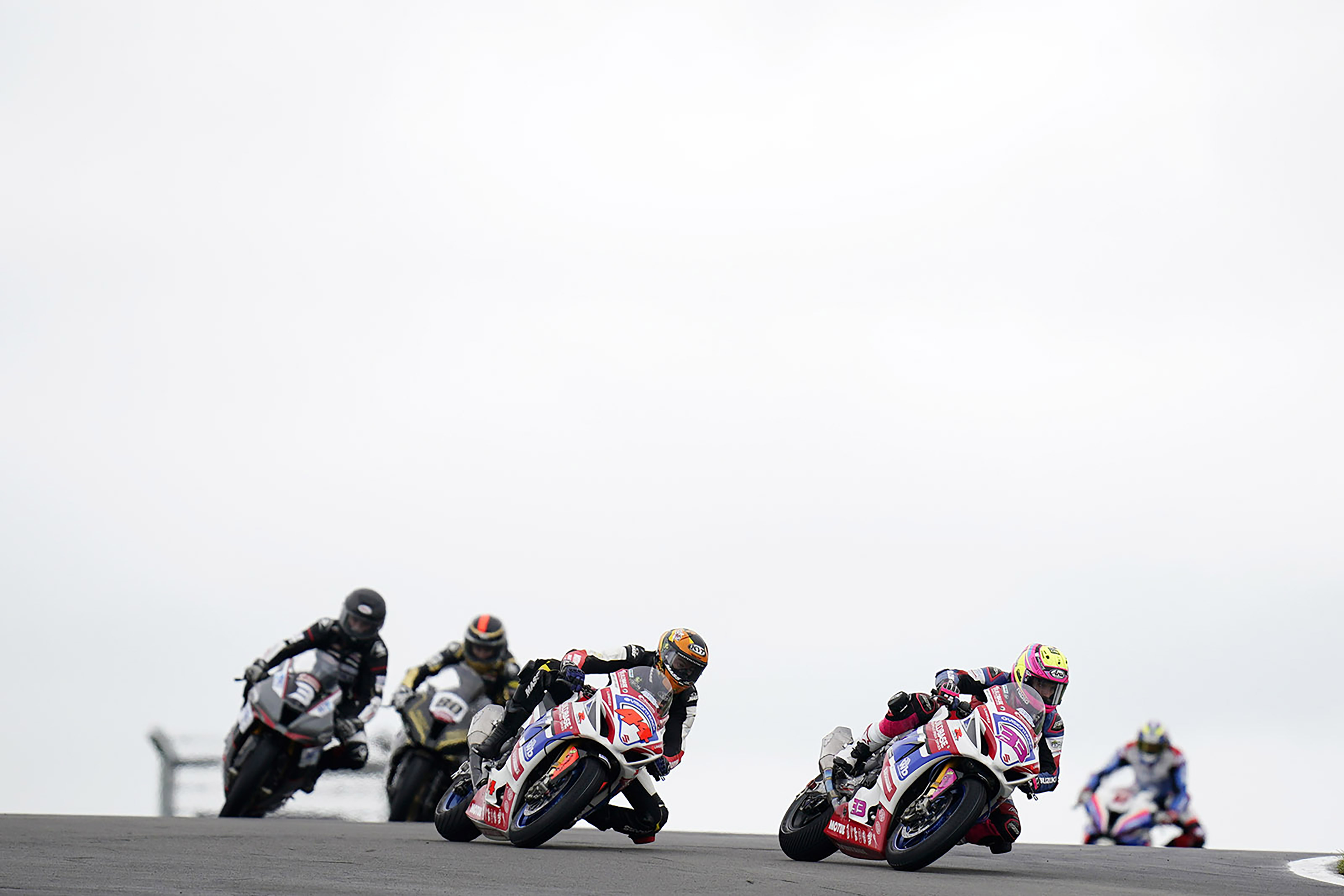 In the final superbike race of the weekend Rea was again fighting up the front. As the front three broke away, he found himself fighting for another fourth place, but just missed out, taking fifth. Ryde, circulating around 10th early in the race dropped back to 14th as he struggled with the feeling from his machine after the team rectified the issue from the previous race, ahead of Farmer in 15th.

Gino Rea commented, “It’s been a pretty surreal weekend for me to be fair, and also knowing what we know now and some of the changes we made to the bike again for race three, I think we could have been on the podium. For the result in race one I have to give credit to my crew chief, he thought that would be the fastest tyre for the race. Early on I was hanging in there a bit and in some places I wasn’t sure how hard to push, but I tried to ride my own race and not get carried away, knowing it would come to me. With the good grid spot for race two I tried to get away with the leaders and sat in second I was comfortable and thought I had to get to the front and lead my first BSB race. I was struggling in a couple of areas and Josh [Brookes] came by, and then I was forced wide at the Melbourne hairpin by [Jason] O’Halloran. I was worried from there I’d slip back but I realised I could run at the pace and to finish one second off the podium was still really good. We actually made some changes to the bike for race three and I think if we’d had more dry track time this weekend and had that setup for race two we’d have been on the podium. We had podium pace in race three but didn’t get away with the leading group and ended up battling for fourth. But it’s been a great weekend for me and thanks to the team for giving me the opportunity to show my potential and for putting a great bike underneath me.” 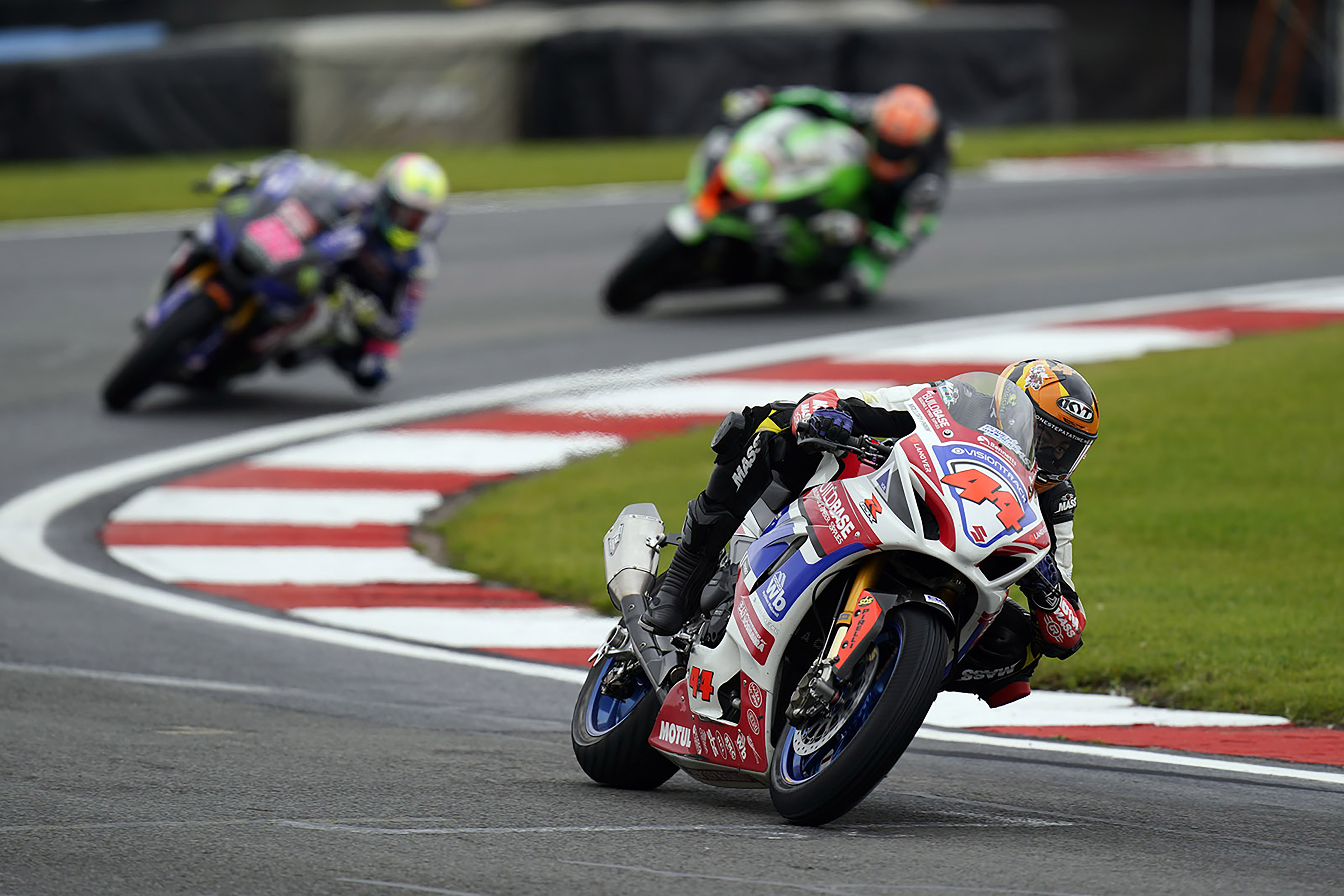 Kyle Ryde said afterward “It’s been an up and down and really another disappointing weekend. With the weather the was no qualifying so we were going off for race one further down the grid than we’d have liked but I think we made a good decision on the tyre. We knew it’d be hard to win with it but it gave us a good grid spot for race two, and I was feeling really confident at the start of that race. It was good to be up the front and I felt confident of a podium until the issue. It’s more bad luck but that’s the way it goes sometimes. The team got us sorted for race three but it just didn’t feel like the same bike. The engine braking was different and it was backing in places I didn’t want it to. Confidence was low and I’m a bit down as I know I can ride around Donington faster than I did this weekend. Hopefully we can put it right at Brands Hatch.”

Keith Farmer reflected, “It was a tough weekend for a couple of reasons really. It was my first time on the bike in the wet, and we got a bit lost looking for the setup and chasing grip, and then three races in a day was just tough physically as my shoulder’s not 100% and I’m not bike fit. We also had a bit of chatter in race two, but the team solved the issue for race three. I should be happy with three results in the points with such little time on the bike but like any racer you want more It’s more data collected and we can look forward to the final round.” Superstock contender Neave splashed his way around a damp track in the first of two superstock races over the weekend, battling for the podium throughout but coming away with sixth at the flag. A dry second race saw the Silverstone race winner fight and secure the podium finish that eluded him in race one, as he crossed the line in third.