Neave qualified on pole at the eighth round of the season, and backed it up with victory in race one. After being forced to battle for position throughout much of the race, he eventually pulled enough of an advantage at the front to take victory, a year on from taking his first class win at the same circuit with Buildbase Suzuki. In race two he finished fifth after starting 11th on the grid. 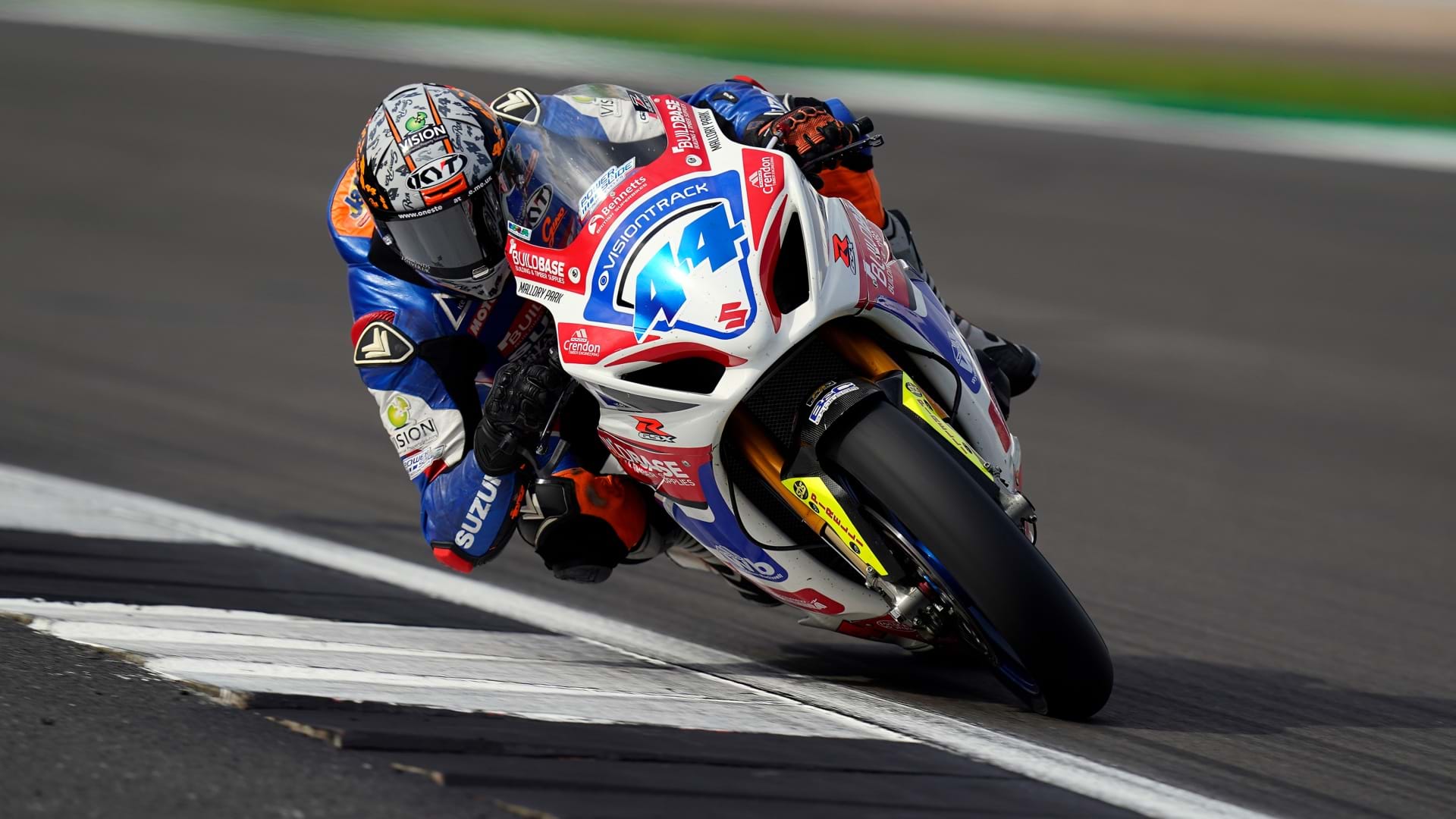 In the superbike class Rea enjoyed productive free practice sessions and set the fourth quickest time in qualifying for race one, a race in which he battled for victory. He held fourth on the penultimate lap, but moved through to third place in a bid to claim his first BSB podium. Sadly for him a crash for two riders in front meant he had to take evasive action and an excursion onto the grass. He rejoined and held sixth place as the red flags came out.

However, having set the fastest lap of the race – highlighting the potential of the GSX-R package and the progress he has made with the bike this season – he started race two from pole position and again led the race, fighting for the win. He lost a little bit of pace in the closing laps, and dropped to sixth but just a second and a half off the win.

In the third race he was again in the mix for the win before a red flag stoppage. In the restarted race he sadly crashed out on lap two. 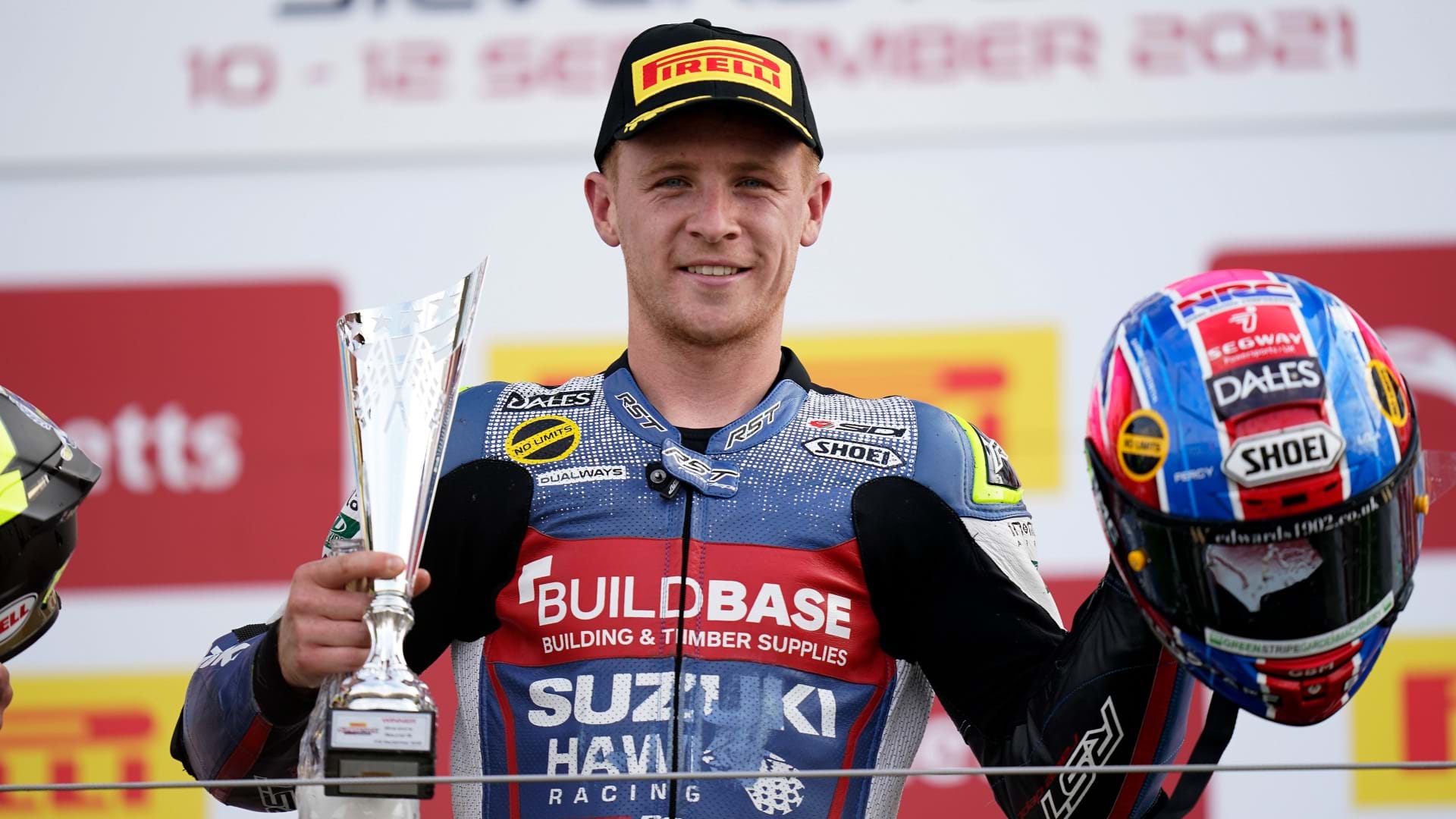 Neave said, "It was almost the perfect weekend; we put the settings in from last year, made the odd click here and there but nothing that means anything, and we were on the pace in every session, qualified on pole, and got the win. It was a big confidence boost, to be honest, to be get back to where we should be, where we want to be.

"It’s a shame we started race two from 11th: obviously the grid is set on lap time and we were only 0.2 off, but we started down there and then I fluffed the start, so I made hard work for myself. It’s been a problem area all year really and I can’t quite put my finger on why. We’ve tried some stuff with the clutch, but it’s odd, and you can’t afford not to get away with the leading group if you want to fight for the podium. But it’s a boost for Oulton. We know we need to improve in a certain area there, so hopefully we can get onto that in practice and have another good weekend." 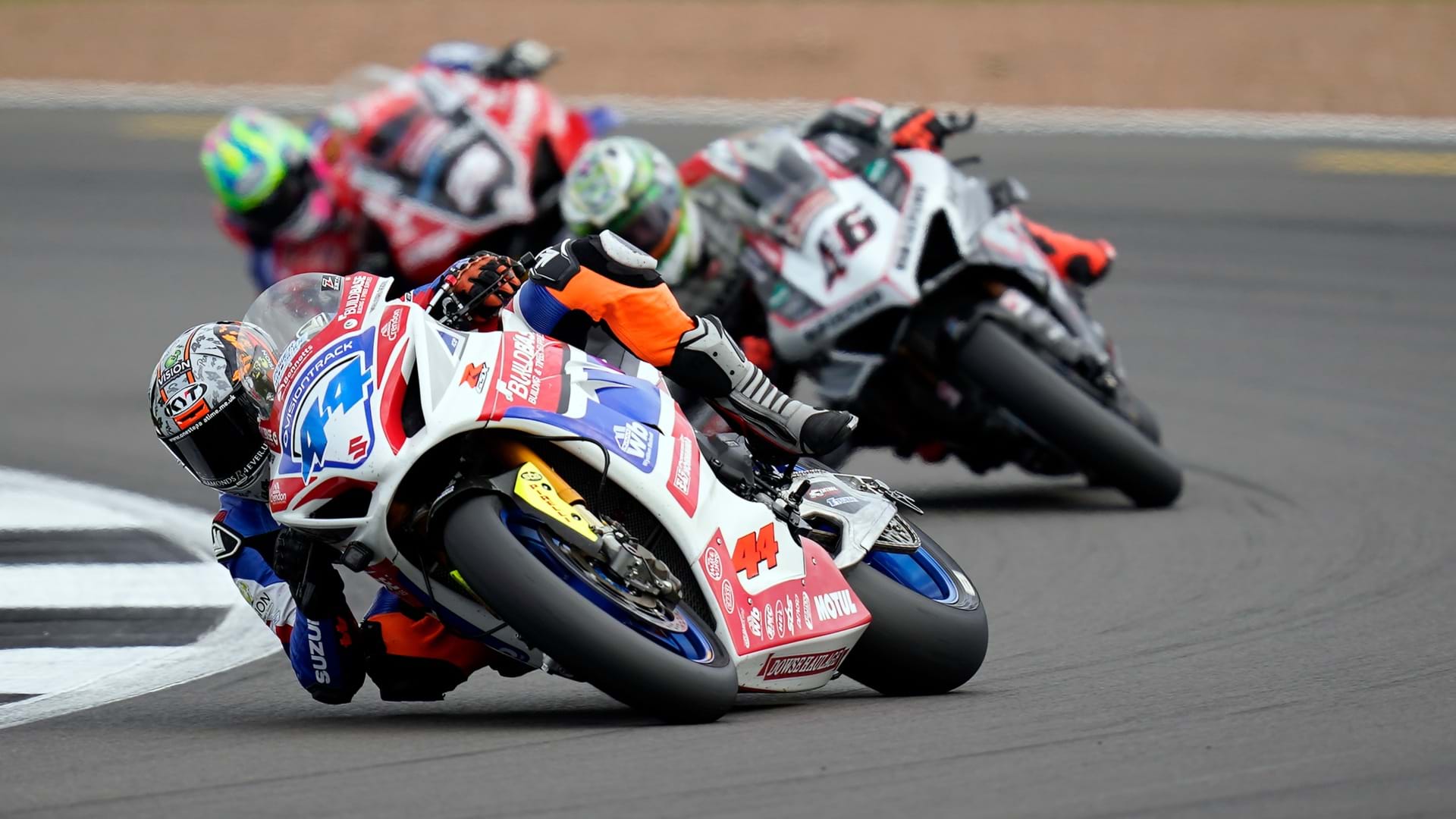 Gino Rea, "I think we deserved a podium this weekend. We’d been strong all weekend and had a good qualifying, and in race one we were in the mix. I’d just passed [Glenn] Irwin as the Yamahas had their coming together, and because of where Jason [O’Halloran]’s bike went I had no choice but to go left and on the grass, and I was lucky to stay on really. But that meant we were sixth when they red flagged it.

"Today we were strong again, we just lose a bit when we need to battle with other riders. I can ride the bike as I need to with a bit of clear track and do the lap times, we just struggle a bit to line up a pass. But we were less than one and a half seconds off the win, which was a good result still. And in the last race I made a small mistake. I was on the outside of Tarran [Mackenzie] and was just in a bit hot. It’s more annoying because, looking at how the tyres dropped off for some, I think I I could have had third.

“The bad luck and the crash aside though, it’s been another positive weekend, 100%, and it’s nice to validate the results and the performances at Snetterton. We’ve been improving all year, really, making marginal gains – mostly with the chassis and the electronics – and hopefully we can continue to carry this forward." 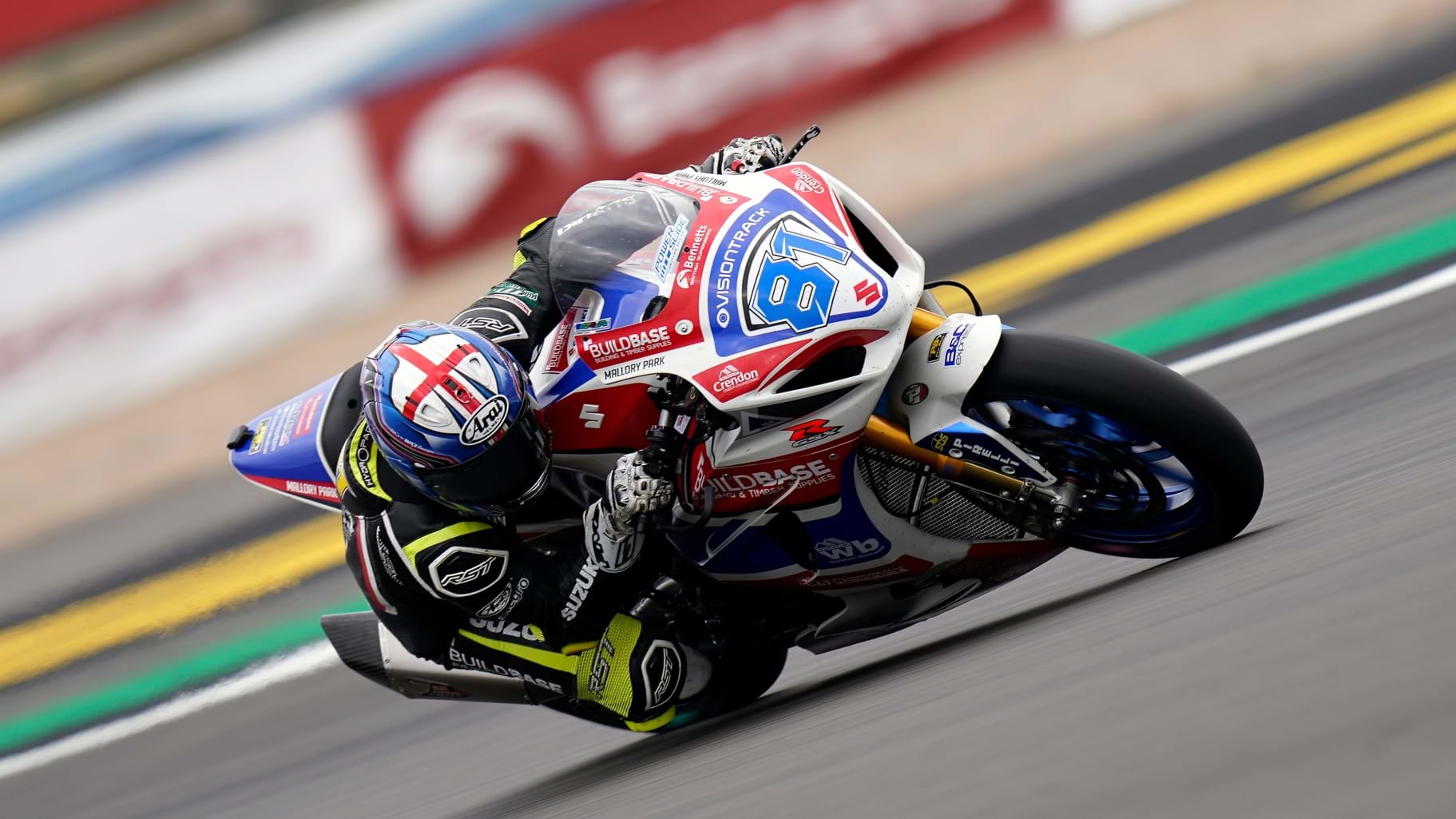 After finding his feet on a superbike again at Snetterton, and standing in for Danny Kent on the second Buildbase Suzuki superbike for a second time, Luke Stapleford collected an impressive 10th place finish in race one, and was again in the points in 14th in race two.

A mechanical issue with the superbike-spec engine of his GSX-R sadly ended race three early, and unfortunately also ended in a crash for the former British Supersport champion.

Luke Stapleford, "It was good to get another go on the superbike this weekend, and I’m happy enough with how it went. I’m definitely race rusty but we didn’t embarrass ourselves and had a couple of good races. It’s a shame it ended as it did, but it’s a mechanical sport and these things happen. It didn’t look too bad but I hit the deck pretty hard I’ll be stiff in the morning, but all good. I’m gutted for Gino’s side of the garage to be honest though, they deserved at least a podium."