Joan Mir took his second podium of the season at the Italian Grand Prix of Mugello at the weekend, however, the celebrations were muted after the tragic passing of Moto3 rising star Jason Dupasquier.

Ahead of the race, a minute's silence was held in memory of the 19-year-old Swiss rider, who died following a crash on Saturday. 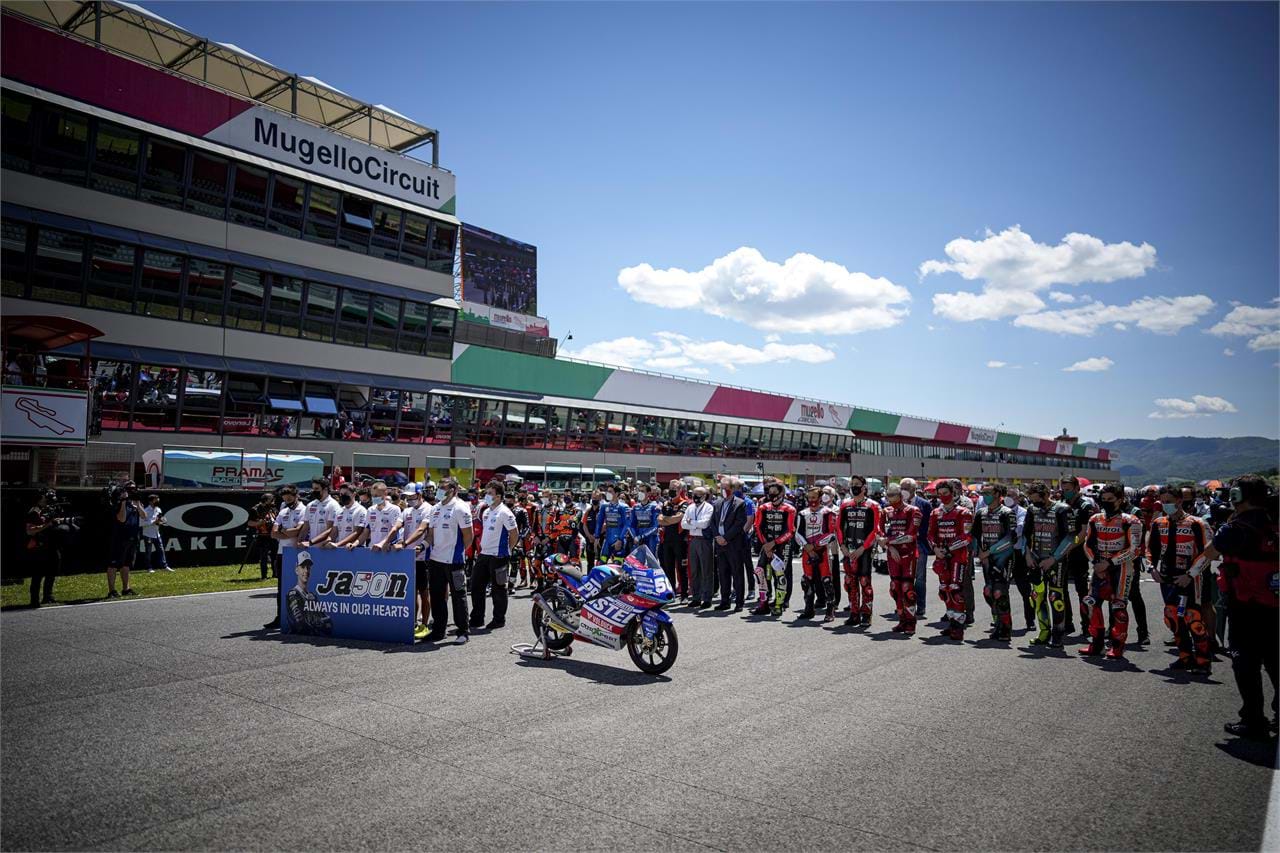 In the MotoGP race, Mir and teammate Alex Rins made strong starts from the third row, and both steadily climbed their way forward, which included some exciting and daring passes between themselves.

Entering the final third of the race the duo were in the hunt for the podium, sitting fourth and fifth as they closed in on the duo of riders ahead. 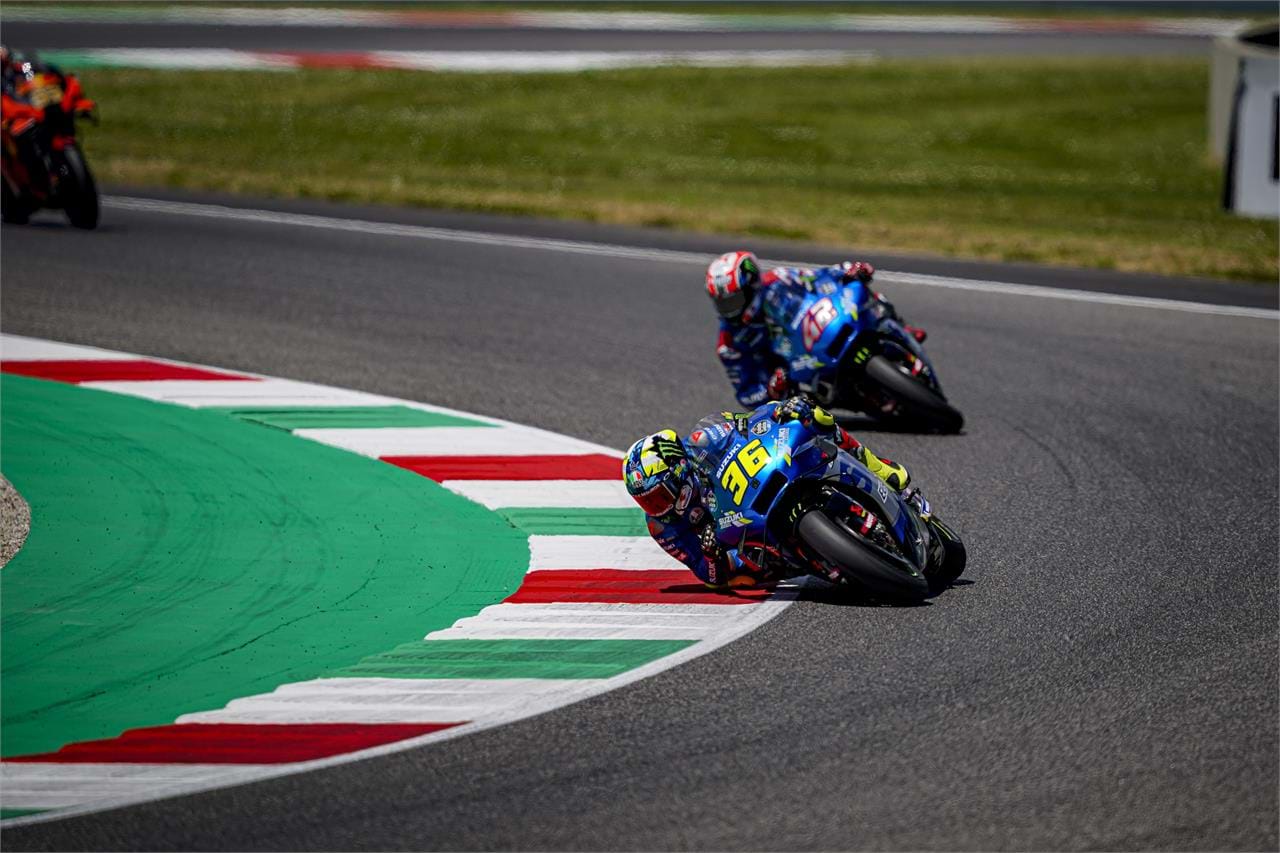 As they closed in, Rins unfortunately lost the front of his GSX-RR at the final corner and crashed out. And while it marks four races in a row with no points scored, there is little doubting the speed both he and the GSX-RR posses.

In front, Mir made a pass for third and continued to harass Miguel Olivera in second, but could not find a way past. In the end he claimed third, his second podium finish of the season. 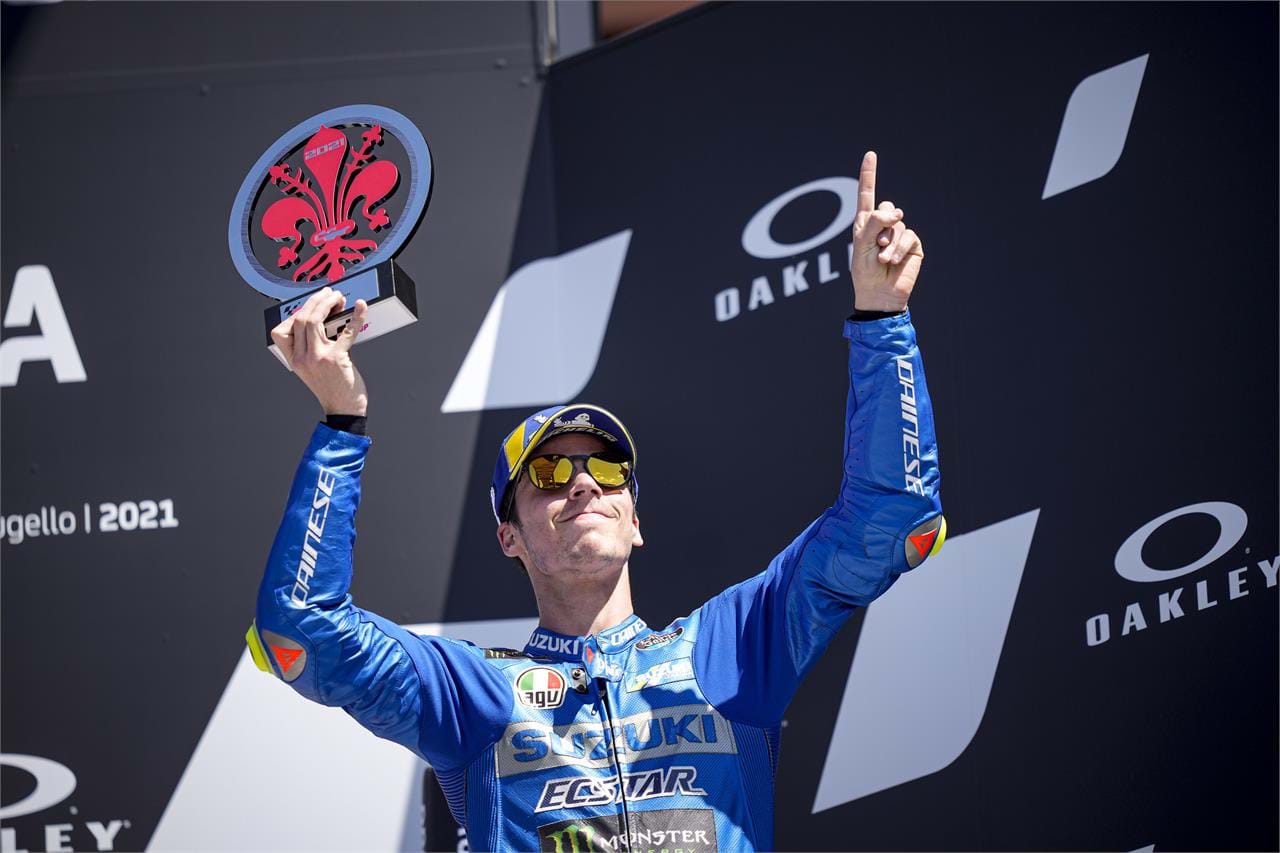 Mir said after the race, "It was very difficult to put the helmet on today, a really hard day at the office. What happened to Jason was incredibly sad - we are all humans and part of a paddock family, so of course we feel all these emotions. It’s been the saddest podium of my career, and also for Fabio and Miguel I’m sure. I send my warmest wishes to Jason’s family and team and dedicate this podium to them.

"My crew did great job this weekend, the bike improved every day and I gave my absolute all, so I’m pleased to repay them with this third place. I would also like to dedicate this result to our team member, Elvio, who was badly injured in an accident last year but was finally able to join us here in Mugello. Now it’s time to rest a bit and get prepared for Montmelo." 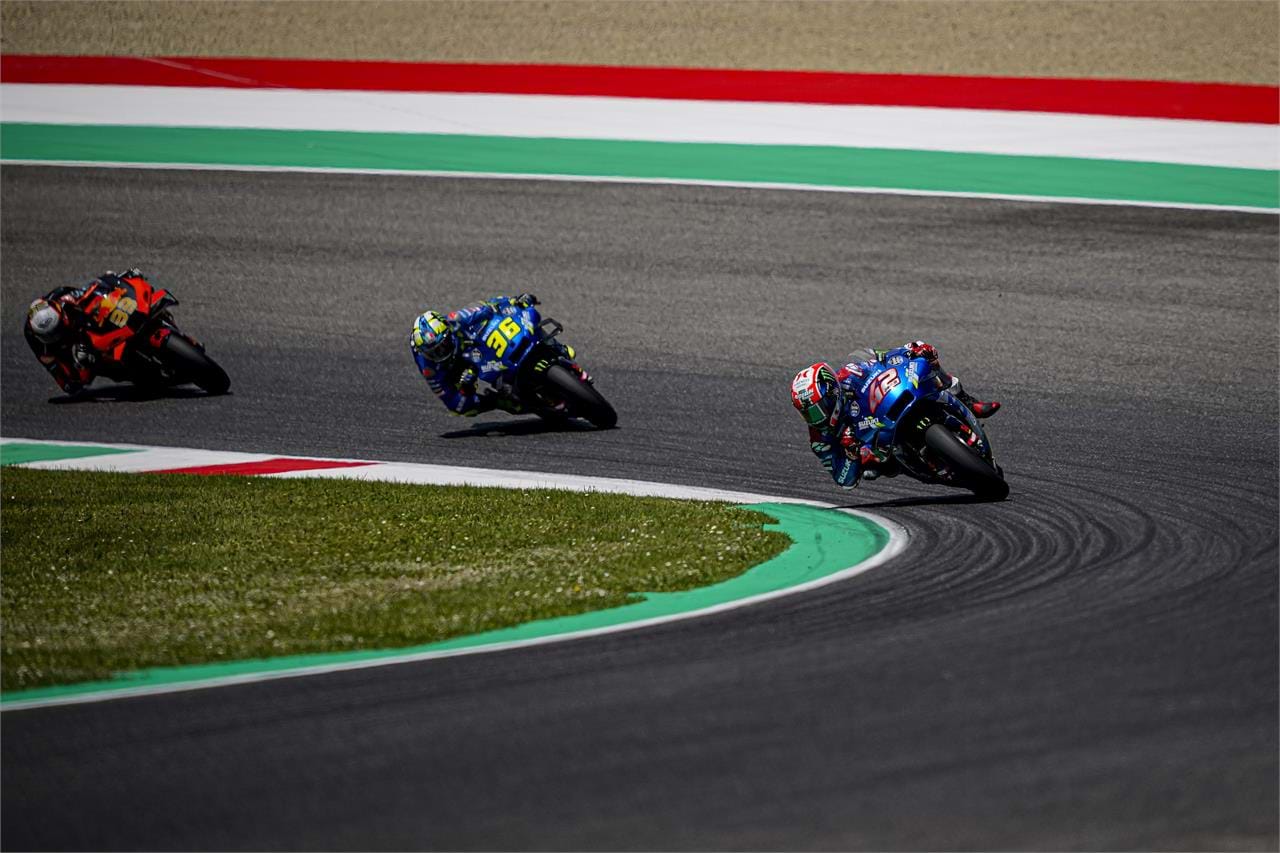 Rins added, "It’s difficult to say what happened today, because I was riding well behind Joan and holding strong positions and making passes. During the race I felt pretty good with the bike, but not quite the same feeling as during practices. I was struggling a bit with the front of the bike, and we need to analyse what happened because I can’t figure it out. It’s four DNFs for me in a row now, and that’s not normal, so we need to find out what’s going on, causing me to lose the front and crash out. Luckily I’m fine physically, but obviously I am feeling very disappointed.

"This weekend has been very tough for everybody, and my thoughts are with Jason Dupasquier’s family and friends. Now we need some time to refocus before Barcelona next weekend."