HAUL OF POINTS FOR NEAVE

Buildbase Suzuki’s Tim Neave collected a haul of points on his superbike debut, with a best finish of 11th at Cadwell Park for the sixth round of the Bennetts British Superbike Championship.

Neave swapped his superstock-spec GSX-R1000R for the superbike version at his local circuit, deputising for the injured Danny Kent. Progressing in every session, he scored a best finish of 11th in race two, bringing it home inside the points in 15th in the weekend’s other races. 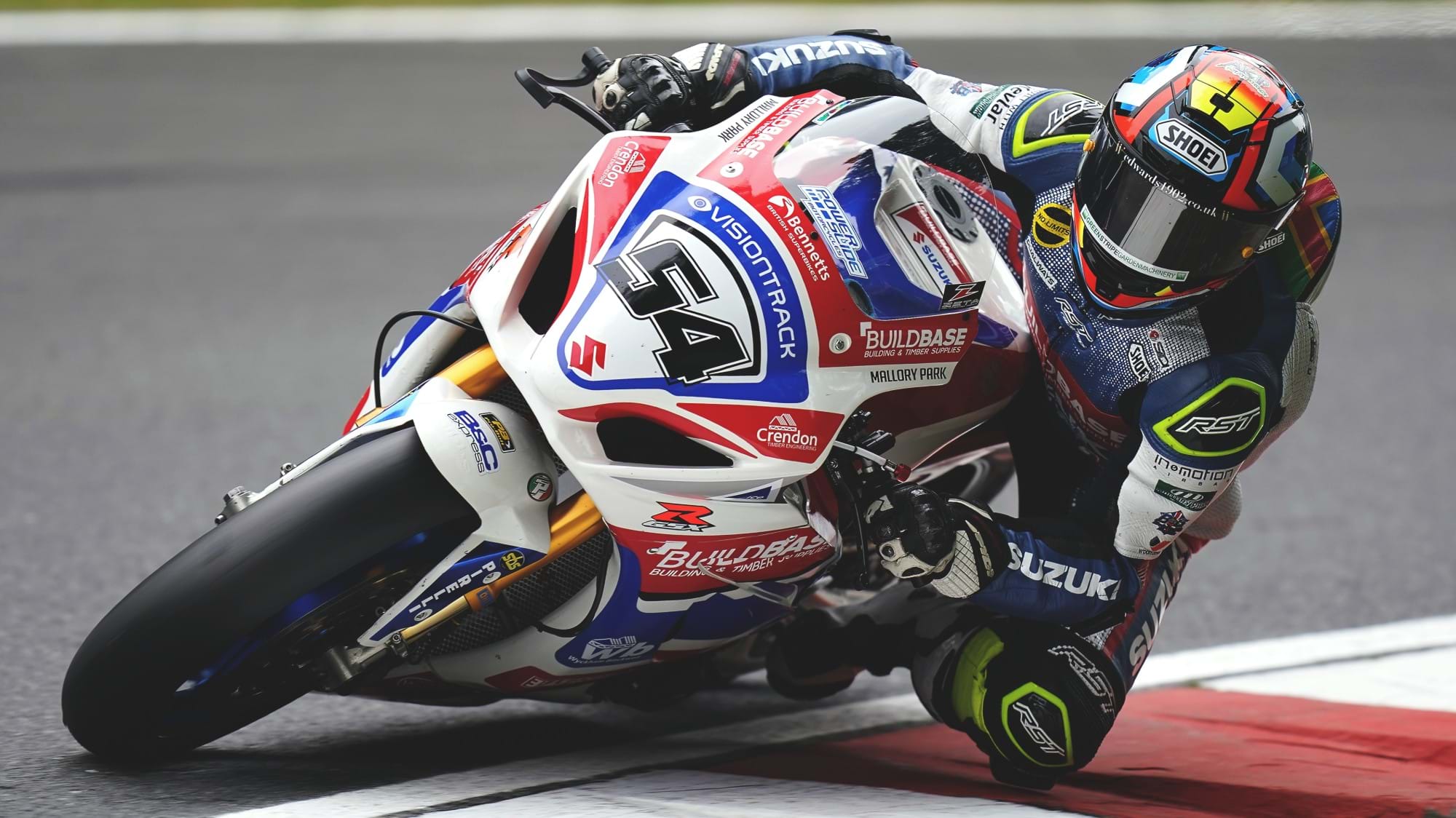 Neave said, “It was a mega weekend, I really enjoyed it. We set no expectations and the goal was to improve in every session and we did that. Thursday’s test started wet, which was good; the bike was softened off, I was on tyres I was familiar with, and it broke me in gently. FP1 was a real eye-opener though. It was unreal; the bike was just so fast you arrived at corners so much quicker, the brakes were so good, it felt like there was unlimited grip and was amazed how hard you could open the throttle at max lean.

“I hit a bit of a wall with my lap time in the first session; I was doing my superstock thing and was doing a similar lap time. In FP2 we found two seconds though and it was mega, we got through to Q2 and did a 1.27.5, and I was well happy with that. Thought, if we could race at that pace, we’d do alright.

“We had three good races though, we finished in the points in every one. But the biggest obstacle was my physical condition, it’s so much more effort to ride than a superstock bike, and it was draining. In the last race I set a PB, but then I dropped off. But it was an incredible weekend. I loved the bike and loved working with the team.” 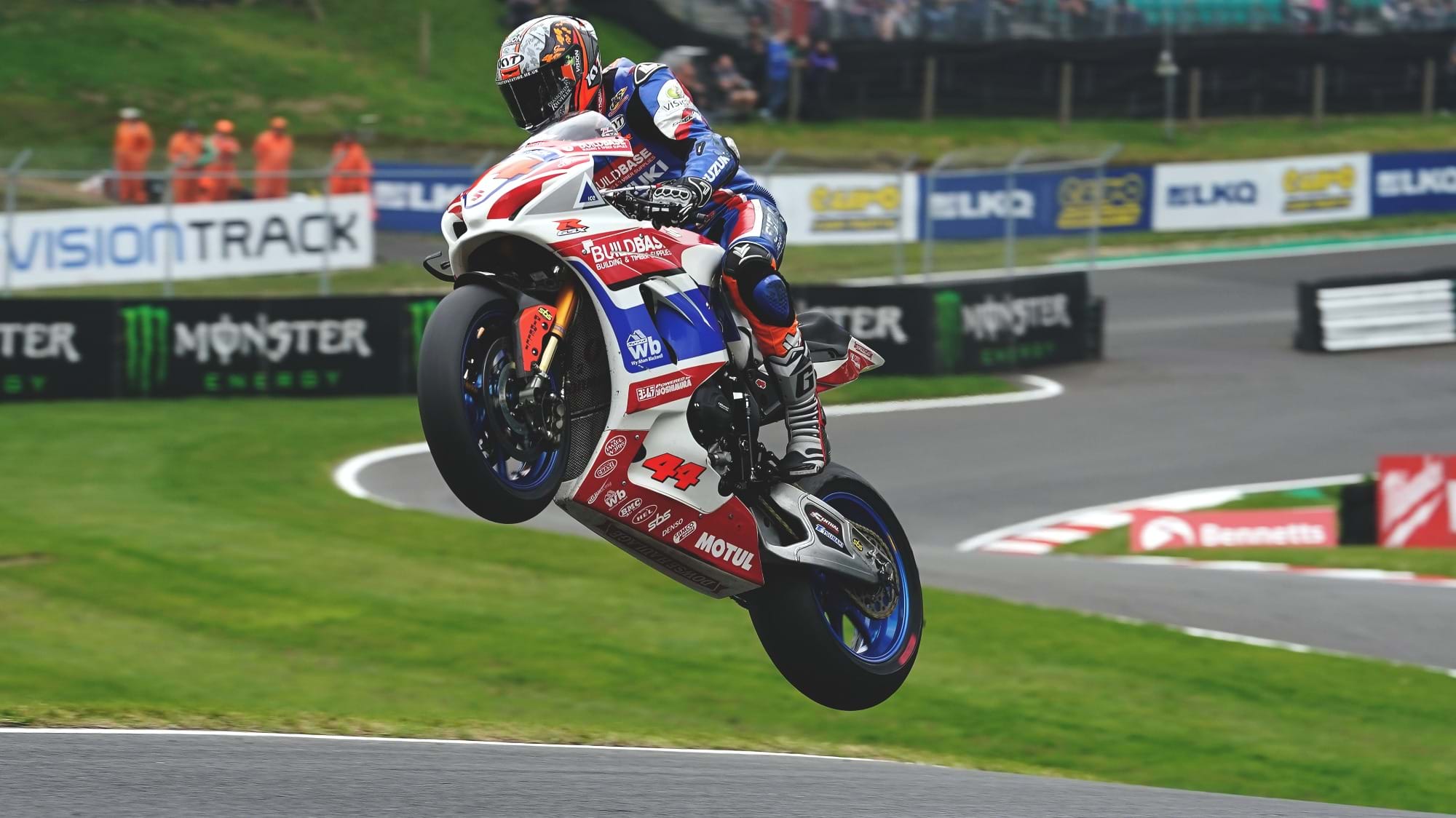 Gino Rea, suffered from bad luck in all three races at Cadwell Park. Running with the top 10, he crashed out of both race one and race two, at the bottom of the Mountain on each occasion. He crossed the line in 11th in race three after a tangle at Chris Curve, just two tenths of a second off the rider in front, but took the positives as he regroups for Snetterton.

He added, “Luck wasn’t on our side this weekend. We were in that second group in every race, inside the top 10. In the first race I was tucked in behind [Rory] Skinner and was a little unsighted as we went into the right at the bottom of the mountain. I clipped the kerb and it lifted the front. In race two we started okay and got up to ninth but I wasn’t as comfortable as Saturday and just over-riding a bit and tucked the front, this time in to the left at the bottom, just pushing too much. It was unfortunate to crash out of two races in a row but they were our first of the season. We regrouped for race three and was again in that group but I got tangled with [Storm] Stacey and [Andrew] Irwin. It was a racing incident but we lost touch and with lap times so close it was difficult to get back onto them and it makes passing difficult. I got pipped for second but finished positive after two crashes, and we have a few things to try for Snetterton next.”