Alex Rins finished sixth in this Sunday’s Emilia-Romagna GP after making his way up from 13th grid position, with Joan Mir sadly crashing out of the race on lap three.

Following a crash-strewn Saturday with wet conditions, the atmosphere was electric going into Sunday’s 27-lap Emilia Romagna GP at Misano World Circuit Marco Simoncelli. Going into the race, Rins and Mir had work to do from their grid positions of 13th and 18th, but with the track finally dry they were hopeful for a strong race.

The start saw many riders bunching up before the pack opened out a little, and Rins quickly made his way into 11th. 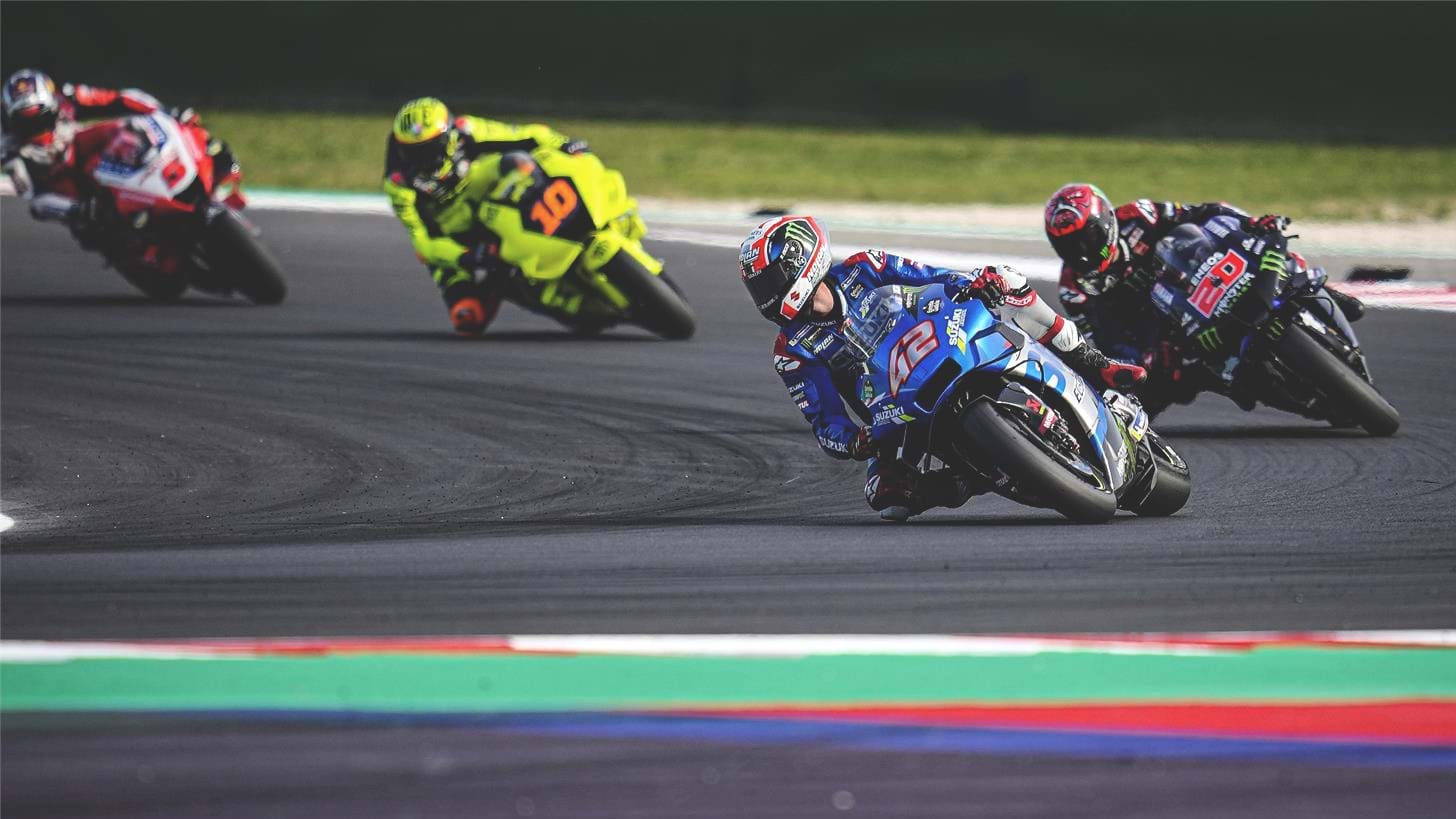 He then proceeded to make up several places with solid moves in the next laps, reaching seventh by lap 14. One lap later he was up to sixth, and despite the gaps in the field widening, Rins didn’t give up as he worked hard to defend his spot. After plenty of drama in the closing laps of the race, he came across the line in sixth.

He said, “First of all, congrats to Fabio [Quartararo], he had an amazing year and today he took the title. From my side, I gave 100% in this race, but with the fresh tyres I was struggling to catch the guys in front of me. I was very focused on getting to the front but it wasn’t possible, I was a long way back, but I kept fighting to improve my position and I was able to make some good passes. I got sixth, which is not too bad, especially as I didn’t finish here last time out. Next we’ll move to Portimão where I hope to do better.” 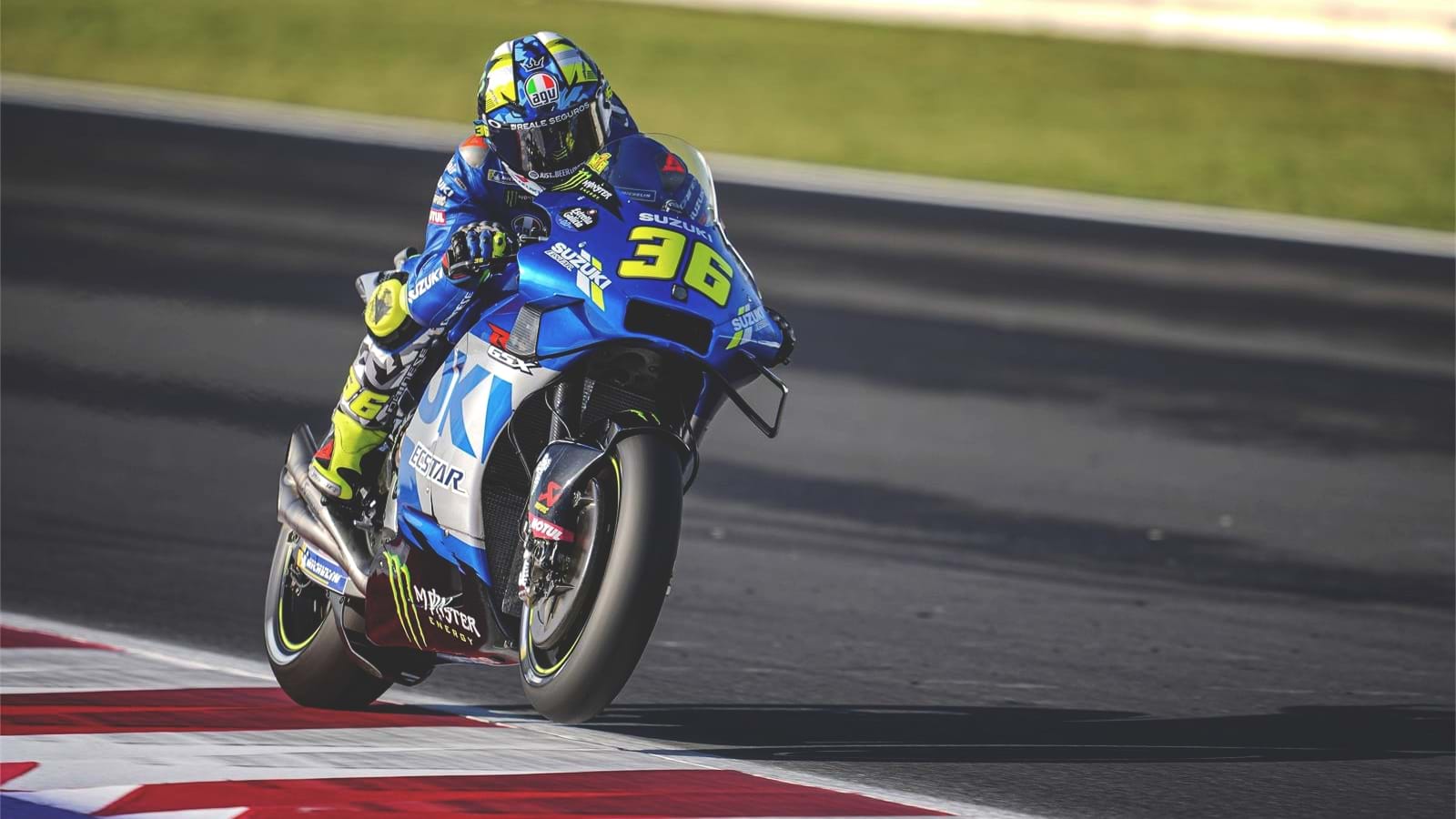 In contrast, 2020 MotoGP world champion Mir had a disastrous weekend, and despite a strong start from his poor grid position, he was handed a double long-lap penalty for a jump start, but crashed out before he had the chance to take it.

He commented, “Honestly, it was a difficult weekend for me from Friday onwards and it was always going to be a tricky task. I had a jump start penalty because I had a moment of doubt about whether I had set the launch control or not; starting from 18th isn’t easy, and when I tried to check, I moved a little bit and obviously that counts as a jump start so I had to take a penalty. Then I made a mistake with the crash and I feel I should’ve managed the race situation better, so I want to apologise to the team. Fabio was the best this season by far, and although I’m feeling sad that I couldn’t defend my title, I want to congratulate him and all his team because they have been very impressive this year.”