Declan Brooks has been eyeing both a spot at the Olympic Games and his full bike licence for a while now. Covid-19 delayed the Tokyo Olympics by a year and being under the age of 24, he had to go through his Mod1 and Mod2 bike tests. But now both are a reality, and we had a chat about both.

So, that’s it, you’ve passed your test and have a full category A motorcycle licence now.

Yes, all done. To be honest it wasn’t really that nerve-wracking. I’ve been out riding a load so I was pretty confident. I just did what I have been doing for the last two years and remembered the basics. But it’s good to have it all boxed off now. And it was great to have a bit more power on tap underneath me. 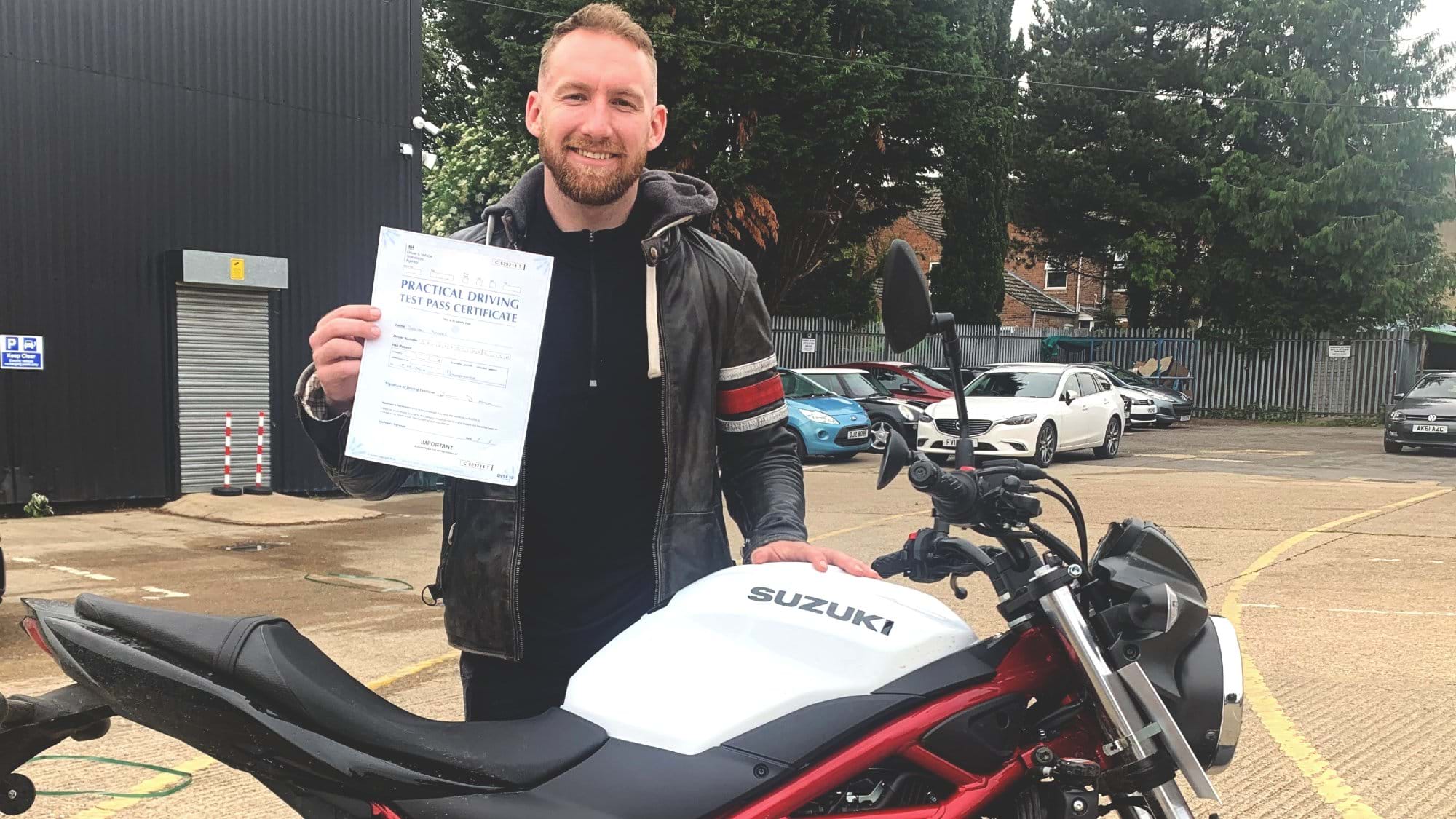 For now I’m going to keep getting the miles in on the SV650, but I’ve got my eye on the GSX-S950; a bit bigger with a bit more power. Then just enjoy some summer time action on the bike.

A track day is definitely a must. I’ve wanted to do one for a few years now and this is the perfect time. Maybe get some additional instruction too as I’ve never been on track before.

As important as passing your bike test is, you got some other pretty good news recently; you are off to the Olympics!

Yes! I got the news about a month ago now, and it was recently announced that I’ll be going. It’s been a long three-year process, competing and trying to ensure I qualified because there’s only one spot available. But I’m so thankful now it’s confirmed. I’ve worked so hard for this so I’m just super-pumped for it to have paid off and I’m just really excited to get going. I leave in two weeks, and hopefully I can come back with a medal. 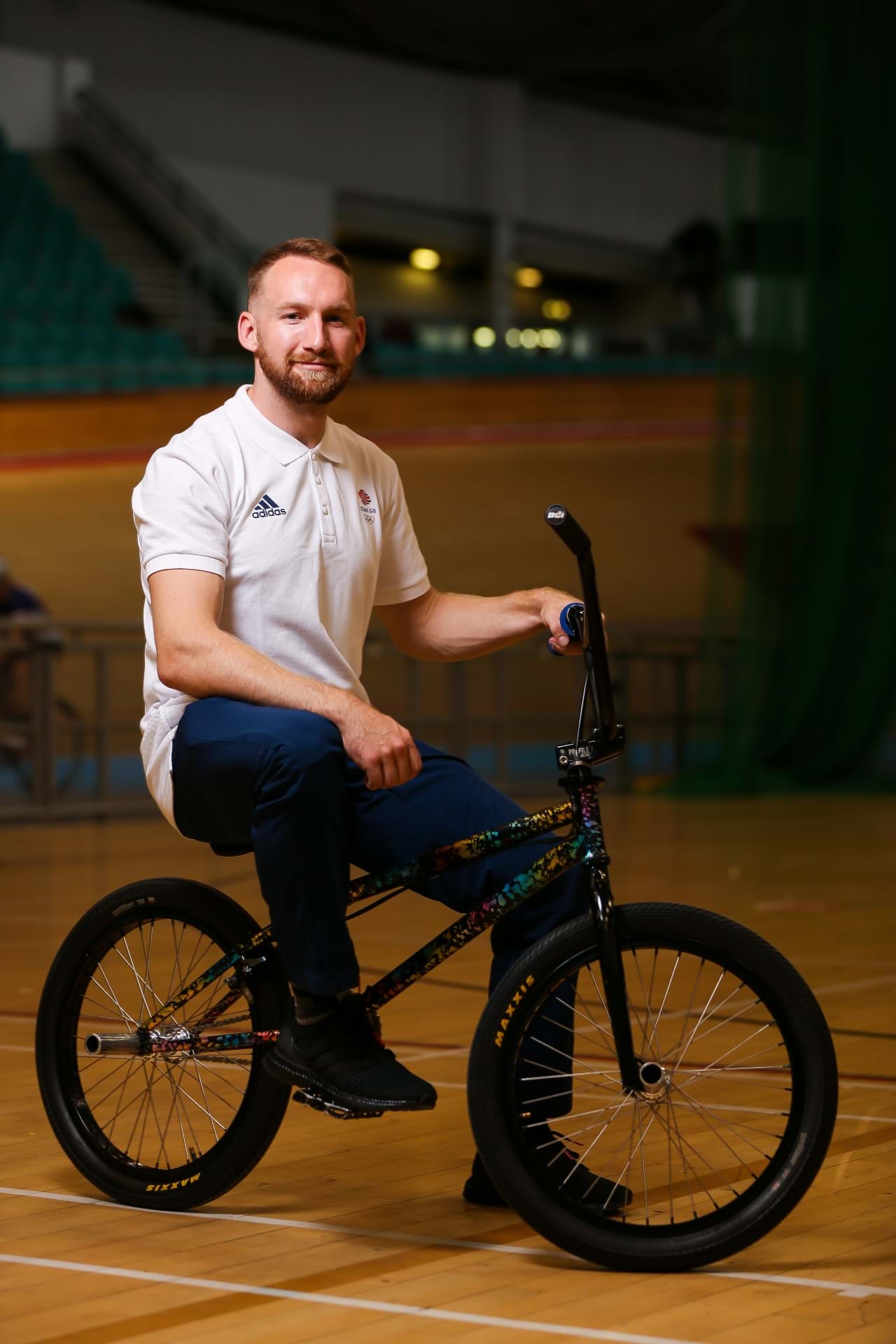 What are you doing to prepare? Do you do anything differently now you’re definitely going and not trying to qualify? What about your approach to risks as it gets closer?

We haven’t got any competitions between now and the Games, so it’s just training at my home parks and getting all of my tricks dialled in so they’re ready and I’ll be working out runs before I go. But we won’t know how the course rides until we get our first practice in so that’s pretty nervy, thinking about that, but I adjust pretty quickly so it shouldn’t be too much of a problem.

As for risks; there are always risks when riding BMX, just like with motorcycle competitions, but you accept that going in.

And you’ve got first hand experience of what can happen and had a bit of a shunt recently?

Yes, I performed a double backflip at the end of my 60 second run at a competition recently, and doing a trick of that magnitude, at the end of a run, is very risky and not many people take that gamble. If you land it you’ll get heavily rewarded for it though.

So I went for it and it came up short and didn’t pan out as I planned. I knocked myself out and beat myself up a bit. I took two weeks off the bike but now I’m back firing all my tricks out and feeling good.

In an action sport like yours how do you weigh up risks vs reward?

To be honest I tend not to think about it too much anymore. Generally I only go to the biggest competitions in the sport so it’s always a big occasion and there’s a lot on the line. I’m sure as I get older these thoughts will start to creep in more, but for now I’m happy to keep sending it!

Suzuki GB wishes Declan Brooks and the rest of Team GB the best of luck at the forthcoming Olympic Games.