Fresh from collecting an Olympic medal in Tokyo, freestyle BMX star Declan Brooks collected his new SV650 from Suzuki HQ and immediately booked his first track day. His venue of choice was Cadwell Park, but thankfully, as it was one of James Whitham’s track training days, the racing legend and fan-favourite commentator was on hand to provide expert advice.

Was doing a track day something you'd always thought about doing after getting your bike licence?

Yes, definitely. I’ve been trying to do one for a while now but finding time wasn’t always that easy. But it was definitely something I wanted to do. And having James Whitham give me some pointers was very much appreciated as well. 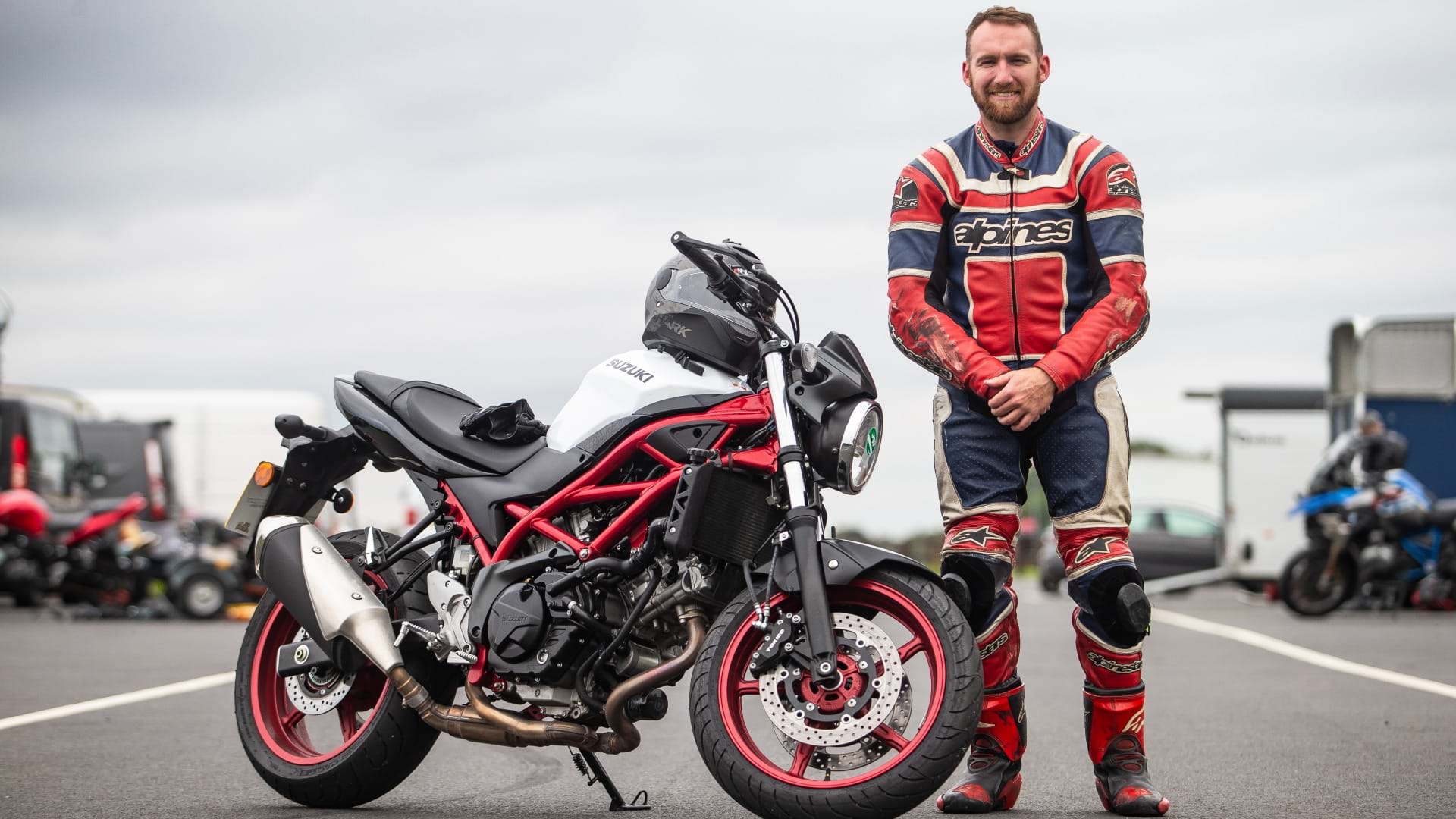 Were you nervous or apprehensive at all?

To be honest, no. I knew I wasn’t going there to break any records or set lap times, I just went out there and took it easy and built up to it. There were a couple of times I scared myself a little bit but it was all good fun.

What was that first session like? Was it strange being able to use all the ‘road’ and not have other traffic to worry about?

Yeah, it was good. It didn’t take much getting used to, to be honest, but it was nice to have the freedom to focus on riding and do your own thing and not worry about other vehicles and stuff. It felt really safe.

As far as race tracks go Cadwell has a bit of a reputation and probably not seen as the friendliest for your first track day. Did you know that? Was that in your mind?

I actually didn’t know that, which is probably a good thing. I really liked the track. There weren’t too many high speed straights and it was quite technical. There’s a bit to get your head around and learn, and I can imagine it’s super-easy to come into a corner a little hot and find yourself in a bit of a situation. 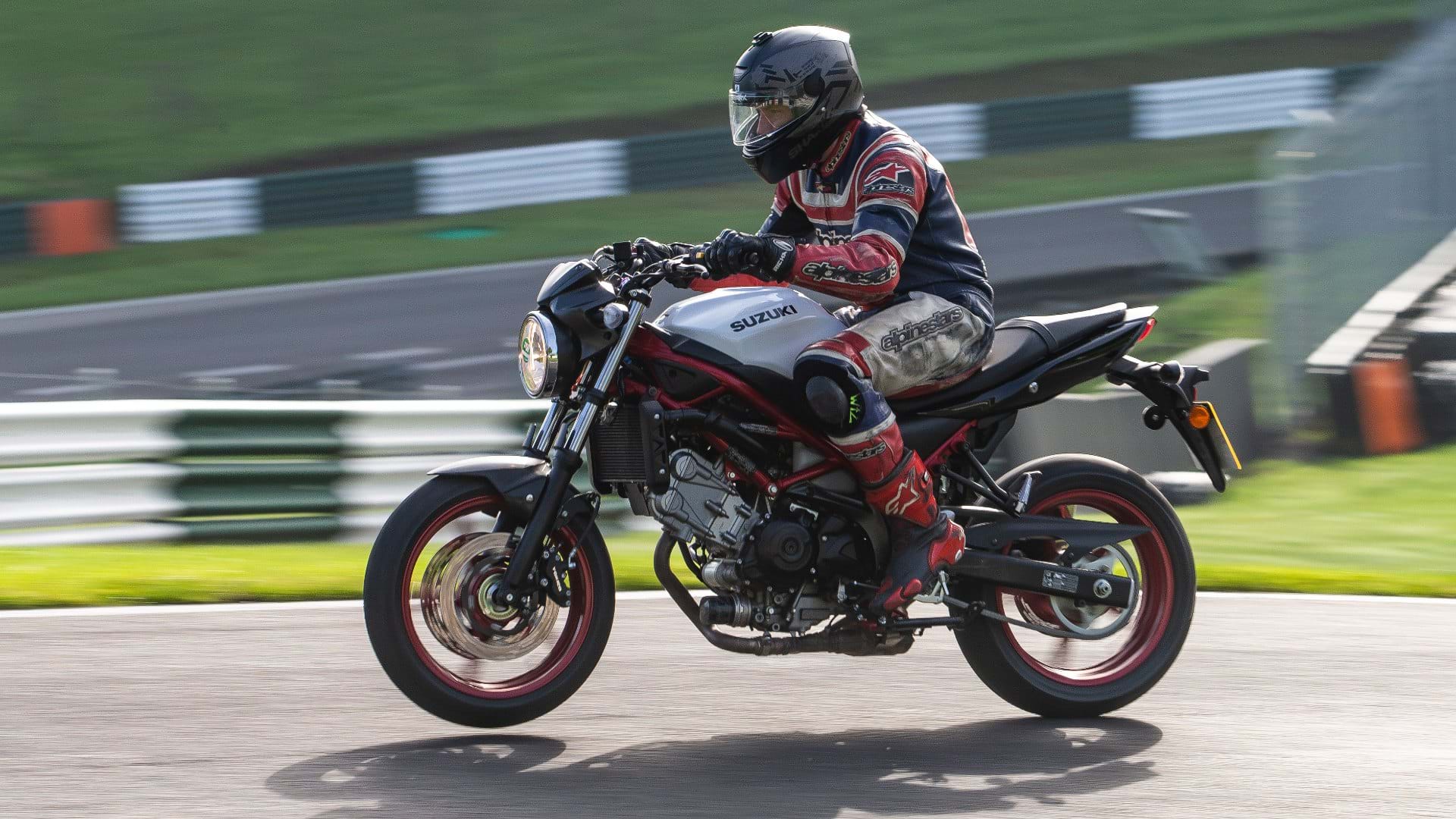 How was the Mountain?

That scared the hell out of me. I came out of the right hander at the bottom and opened it up and the front wheel just came up and I definitely wasn’t expecting it. But it was pretty fun after that.

Given some of the track’s narrow, twisty sections, how did the SV suit?

It was a pretty great bike for that track. It’s a twisty circuit but the SV’s agile, flickable, easy to get from side to side, it felt really good, really well suited.

Did James Whitham give you any pointers?

Yeah he gave us some good advice throughout the day. I was in the novice group and he was with us all day, helping us out, showing us some lines, giving us some hints and tips. He and all the instructors are some riders; flying past us on the inside and just laying it down like it’s nothing, seriously impressive. 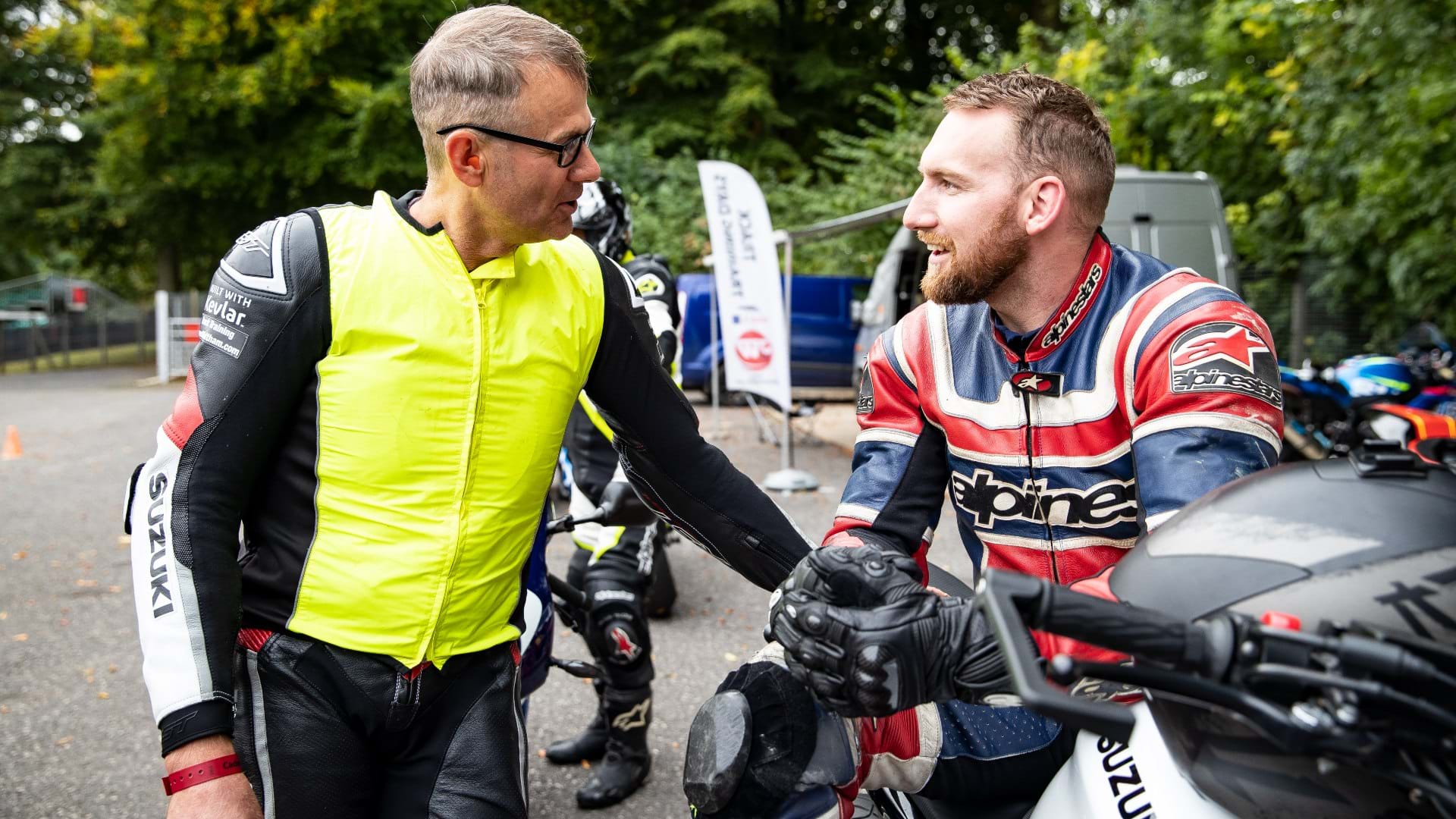 How did you feel at the end of the day?

I didn’t expect there to be so many sessions. Staying focussed was probably the hardest part. It’s not a track that you want to switch off at. In the last session I ran onto the grass as I didn’t want to commit any more to the corner and bailed out, just pushing too hard. It got the heart rate going but I just rejoined, and shows how a track can be a safer environment to learn.

Has it given you the bug?

For sure. Probably will give it a miss in the winter. But next year I'll definitely have some booked in the calendar.