Richard Cooper took victory for Buildbase Suzuki today at Brands Hatch, as he returned to National Superstock action at the fifth round of the Bennetts British Superbike Championship. Danny Kent continued his progress after a difficult start to the season, breaking into the top 10.

Cooper, who won the 2019 championship for the Buildbase Suzuki team, was returning to the series after suffering a serious injury at the start of the 2020 season. Though it was a comeback to the British championship paddock, he’d turned in plenty of laps on the team’s GSX-R this season, contesting races at Mallory Park and Darley Moor, as well as taking podium finishes at the International North West 200. 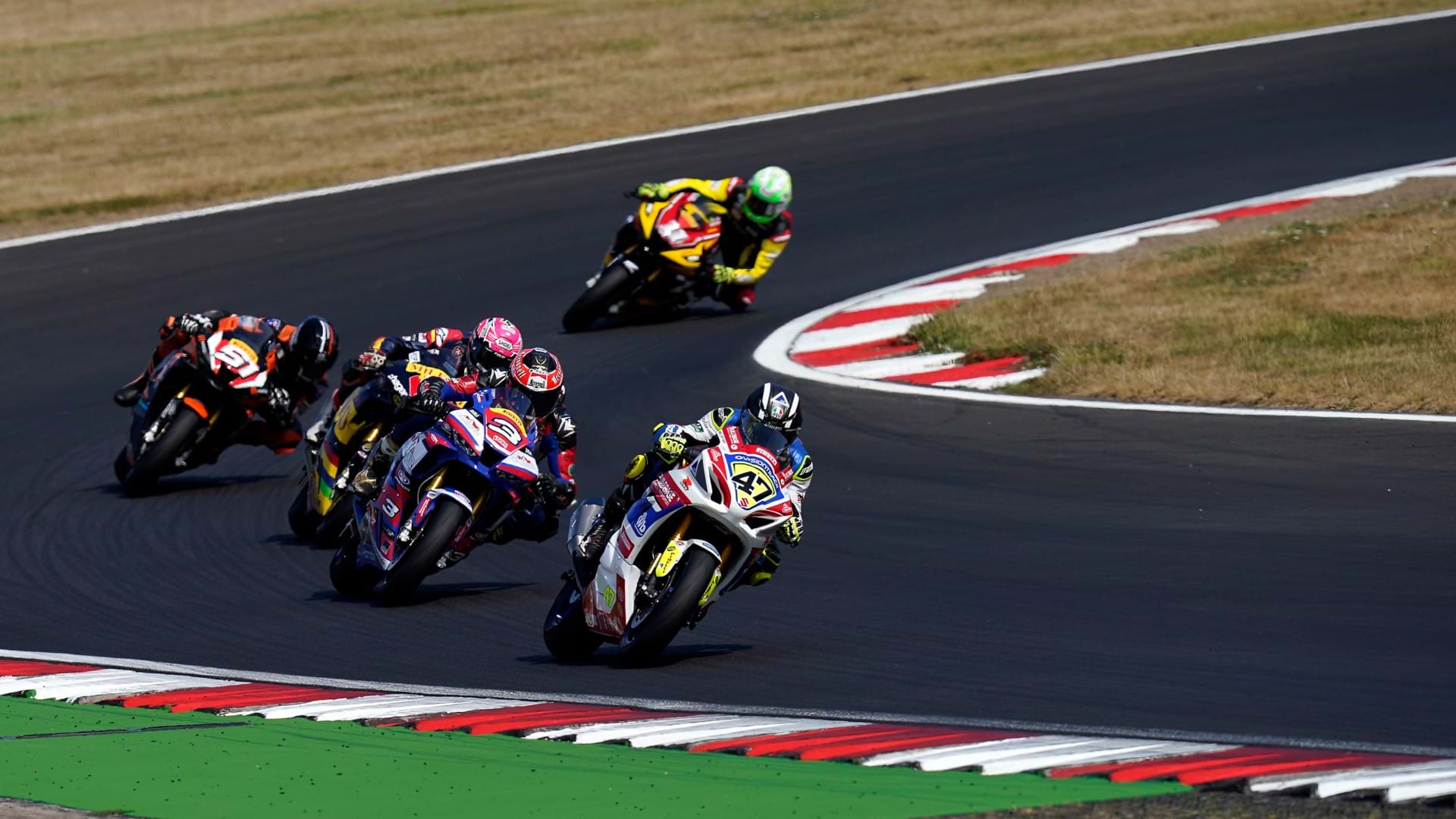 He qualified on the front row, and narrowly finished second in a red-flagged race one. He went one better in race two, taking victory after a last lap move into Graham Hill bend.

He said, “It was a pretty awesome weekend. We were under the lap record in qualifying – which is still my lap record on the Suzuki from 2017 – and we were in the fight for the podium and in with a shout of the win in race one before the red flags. But to be honest I was just happy to be back on the podium after a couple of years away from the British championship.

“Our lap time in the race wasn’t good enough though and we started raced two from seventh. It was the hottest it’d been all weekend so I had to manage the situation. I got into a rhythm and then started picking them off one every couple of laps into Graham Hill until I was in second. From there I let the laps tick down and then passed [David] Allingham on the penultimate lap but he was able to draft me and pass me into Paddock Hill on the final lap so I had to make the move again and held him off to take the win. It was a great weekend and thanks to the team for having me back.” 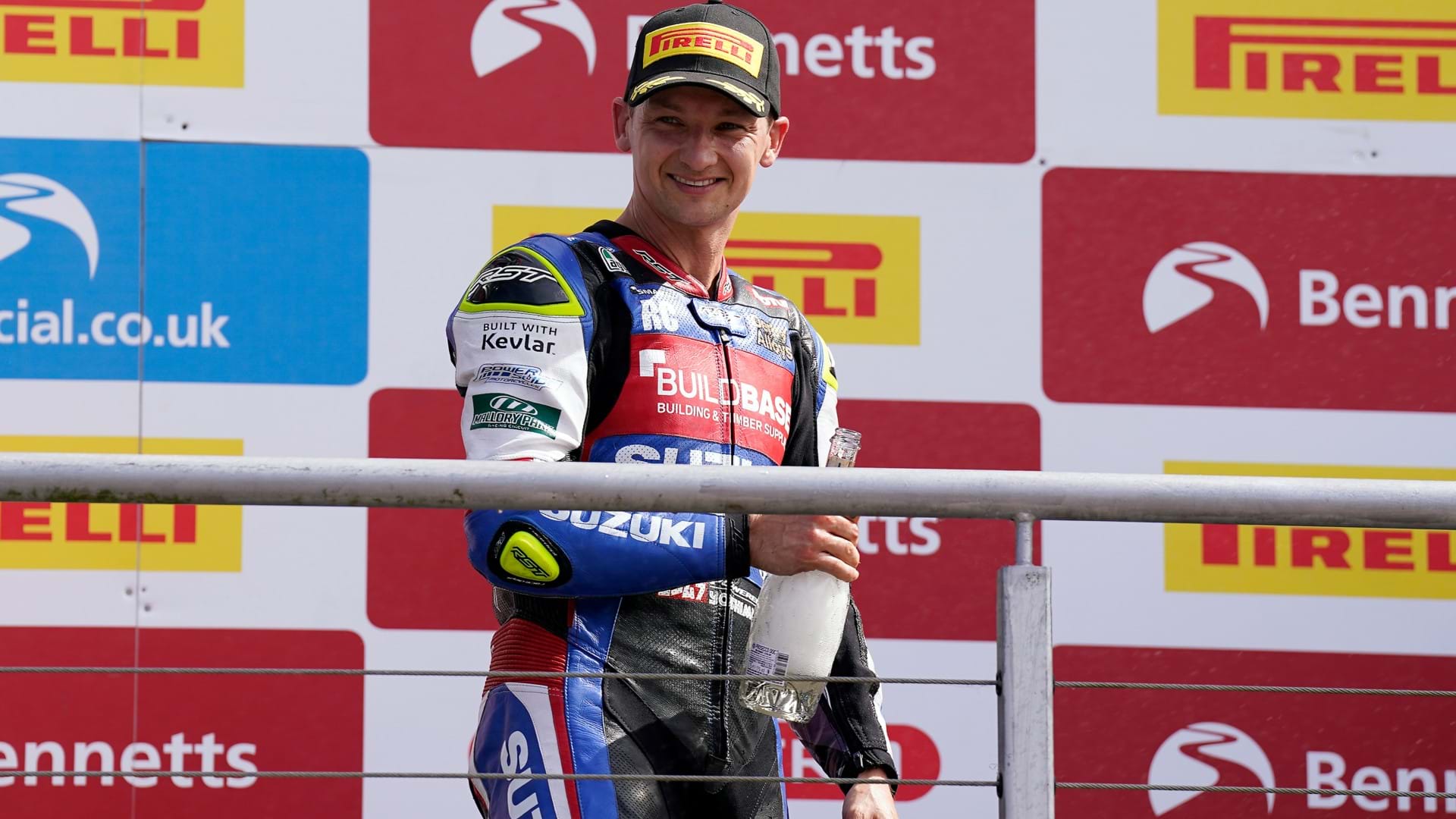 In the Bennetts British Superbike Championship races Danny Kent – after a tough start the year that also saw him sustain series injuries at Donington Park – took a solid top-10 finish, and also set a new Brands Hatch GP personal best lap time over the weekend. He crossed the line in race two in ninth place.

He finished 12th in the eBay sprint race, but was sadly forced to retire in race three with a handful of laps remaining.

He said, “It was a better weekend for me, for sure. I was feeling good coming into the weekend after the test at Mallory and I was feeling better physically. I set a new Brands PB this weekend too but it shows show strong the field is when we were still down in 15th. But we looked at the laptop and tried to improve and make some changes.

“We got some points on the board which, I think, shows we’ve made progress, and I was happy to come away with a ninth place this weekend. These were some of my better races this year, and hopefully now we can keep pushing and have a good second half of the year.” 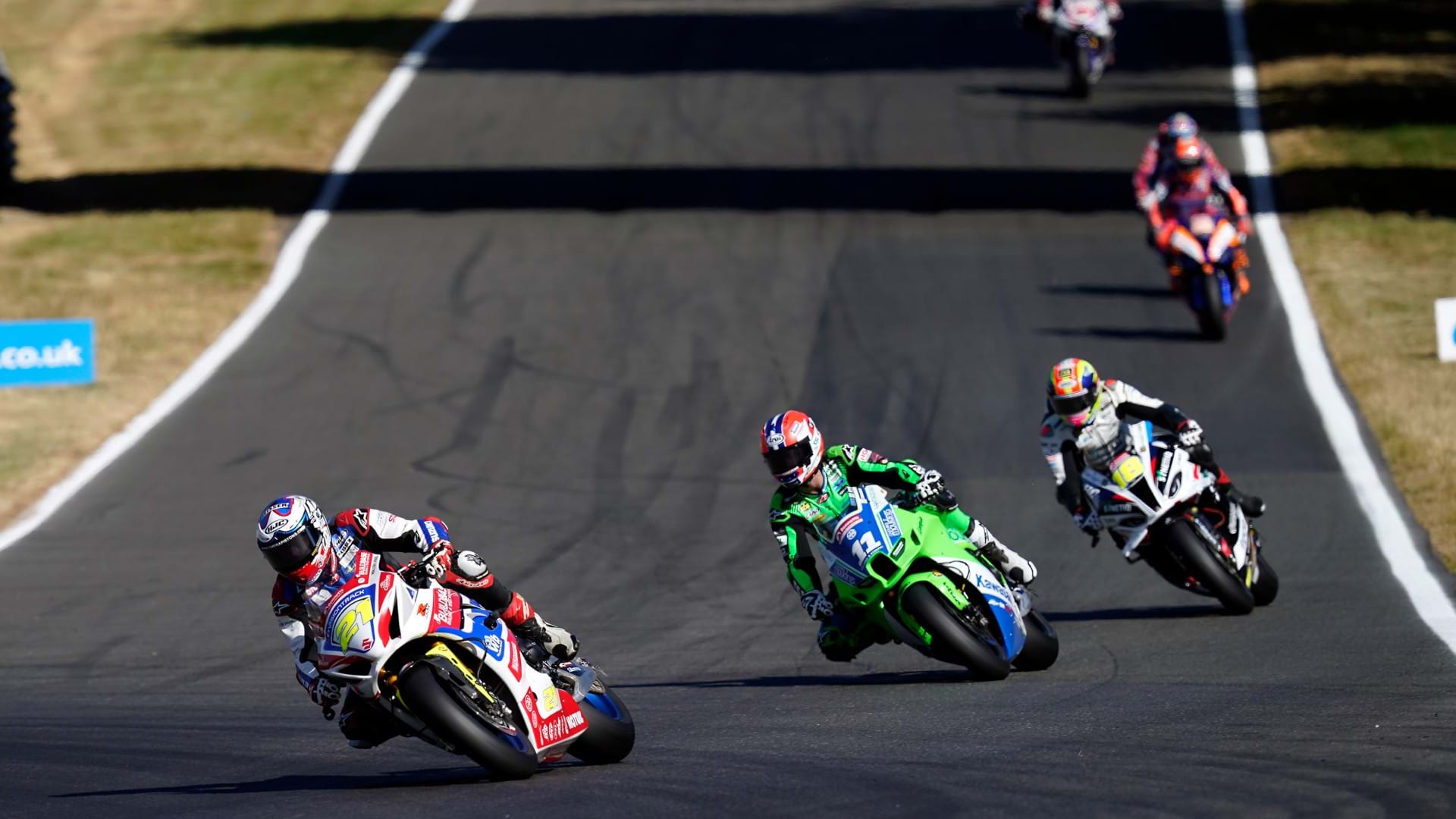 His teammate, Christian Iddon, was also coming back from injury, and despite putting a brave face on it, by his own admission his arm was still not at 100% and it was only made worse after a crash on Friday. Starting 16th for the sprint race he finished 10th, but only lasted two laps of race two after a crash due to a missed gear. He was on course for another top 10 in race three, made all-the-more impressive after starting 24th, but dropped a couple of positions in the closing laps to finish 11th.

Iddon said, “This weekend was always going to be difficult. In FP1 I just got through it but started loosening up in the second session before another crash. I hit the wall pretty hard and battered myself about a bit and wasn’t feeling it Saturday and was off the pace. We started 16th but managed to climb to 10th in race one which wasn’t too bad, all things considered.

“I made a mistake in race two and missed a downshift: I looked at the dash and I was in third and not second so I rolled around the corner, ready to backshift after I’d got round. But I didn’t realise the bike had dropped into neutral so as I knocked it back a gear it went into first and it just came round on me and dumped me down. It meant we had a poor grid for race three, and started 24th. It was never going to be easy so to finish 11th, I was reasonably happy with that. It’s points, at least, and keeps us in the hunt for the final Showdown spot. There are nine races to go until it’s decided so we’ll keep pushing on.”