Maybe not in that sense, but when Carla Ecola left the homeless shelter she runs in London to find her beloved Intruder 125 wouldn’t start and she was unable to identify the cause of the problem, Suzuki and St. Neots Motorcycles stepped in to get Carla back on the road.

There’s more to the story though, and more to the bike’s importance to Carla, too. The Intruder is used every single day, as Carla negotiates the capital’s congested streets to run the Outside Project, get to meetings, and see friends. And while there are also plenty of public transport options in the big smoke, using it is stressful at the best of times, but being autistic means Carla struggles more with the pressures of tubes, taxis, and buses.

“I ride my bike every day, literally every day,” she explained when collecting it following its repair at St. Neots Motorcycles. “When it snows, then it might not get used, but it doesn’t really ever get that bad in London. So other than that, it’s every single day - it’s just how I get about and London’s a mad place to get around, however you do it. But for me, when I do really struggle with public transport, the noise, the people, the stress, my bike is so important. 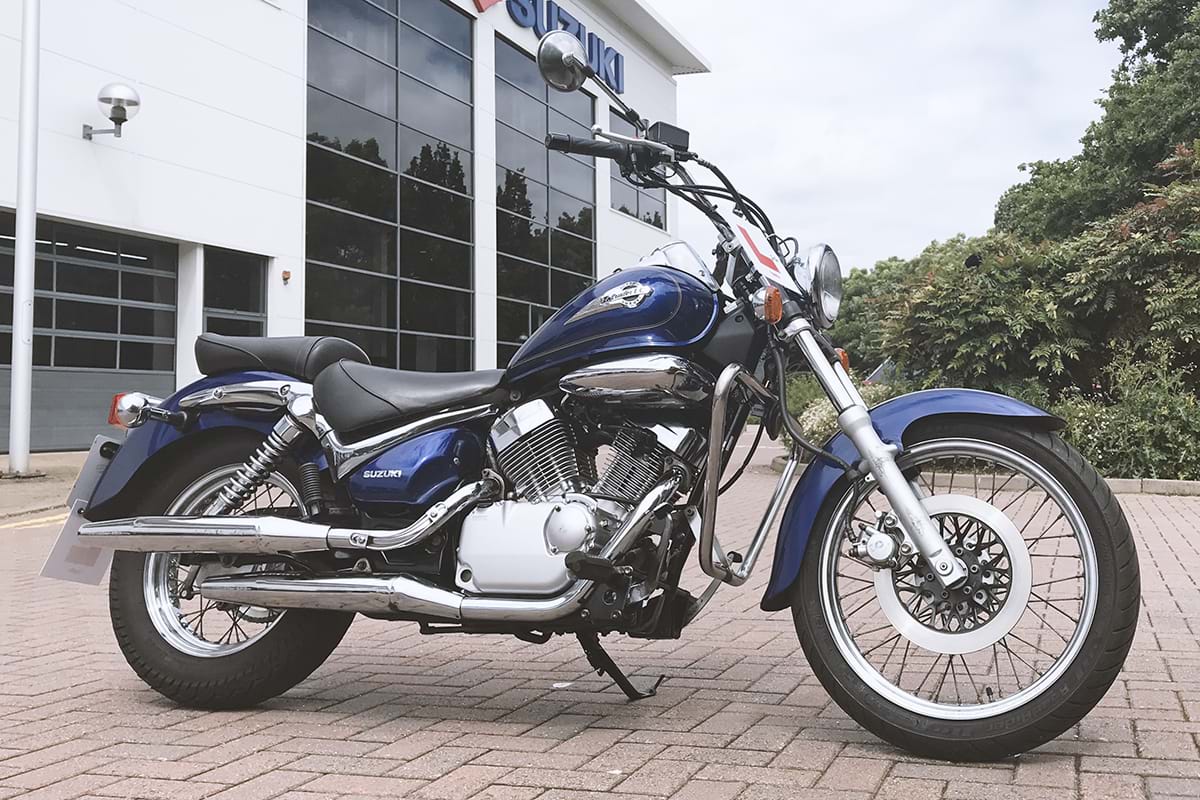 “I’ve had it eight years or so. I had a VL125 when I was 17 and had it until I moved to London, but circumstances meant I had to let it go, and it was a few years before I could get another. I did eventually get another but that was stolen. And then finally I had enough money to buy this one and I’ve had it for a while now.

“But I’ve only had Intruder 125s. I’ve always liked it, and my dad had an Intruder 1500 when I got it. He’s always been a Suzuki fan and had a couple of others before that, so we went out together and he taught me how to ride really.”

So, when Carla couldn’t get it started after working at the shelter, it created a bit of a problem. But after much rallying around, St. Neots Motorcycles and Suzuki stepped in and gave the Intruder some TLC to get Carla back on the road and back to work. 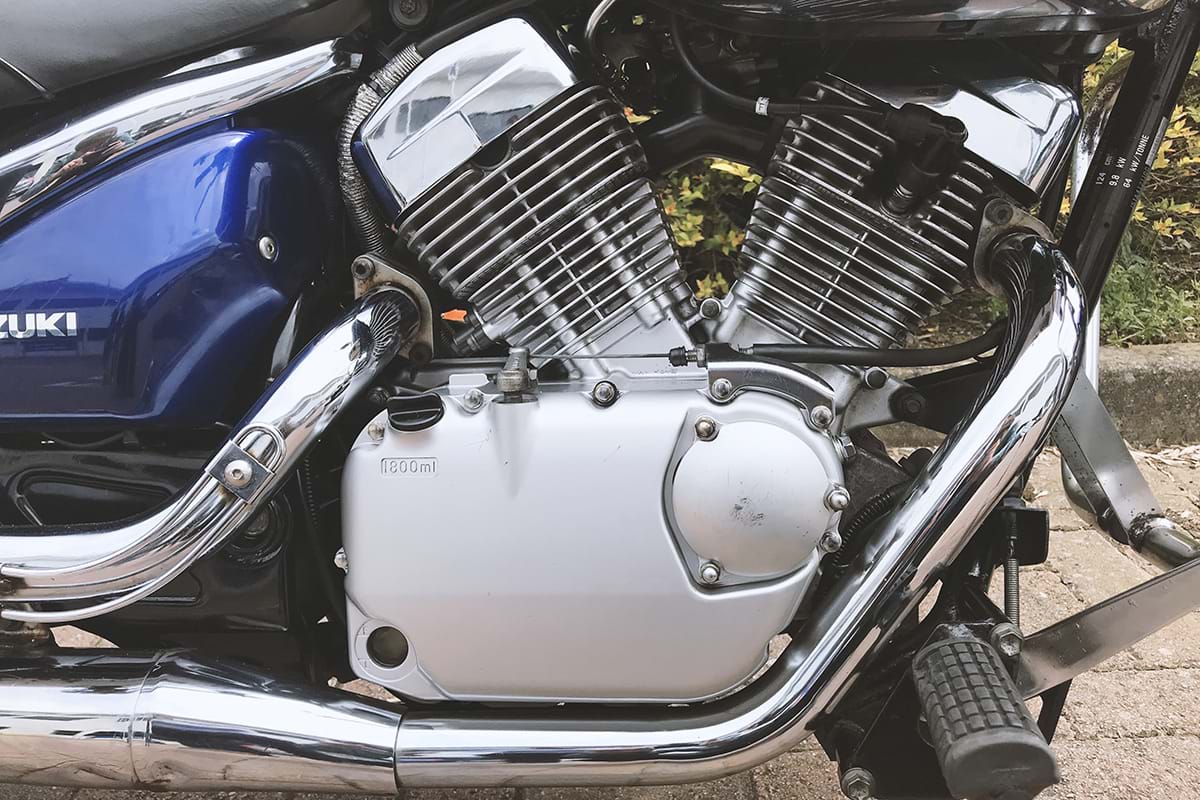 The problem was traced to the need for a new choke assembly, which was rectified using readily available parts on Suzuki’s Genuine Parts Programme, but while the bike was in the care of the team at St. Neots Motorcycles, they also stripped and rebuilt the carburettor after an ultrasonic clean. A comprehensive service was carried out, which also included a rebuild of the front brake caliper, new pads, and a new disc, while the rear brake benefitted from a new rod and return spring. It got a new chain and new sprockets, new throttle cables, a repair to a damaged wire in the loom, new mirror, and a fresh MOT.

“I can’t believe the work that has been done to it,” Carla exclaimed when reunited with her Intruder, before hugging those that made it possible, almost reducing the room to tears. “It looks like new. I’ve got to try and keep it alive forever.

“It was so frustrating not having it, because it really did mean I found it hard to get around. It’s huge for me. All the things I couldn’t do - get to meetings, get to events and fundraisers, see friends - I can do again now I’ve got my bike back.” 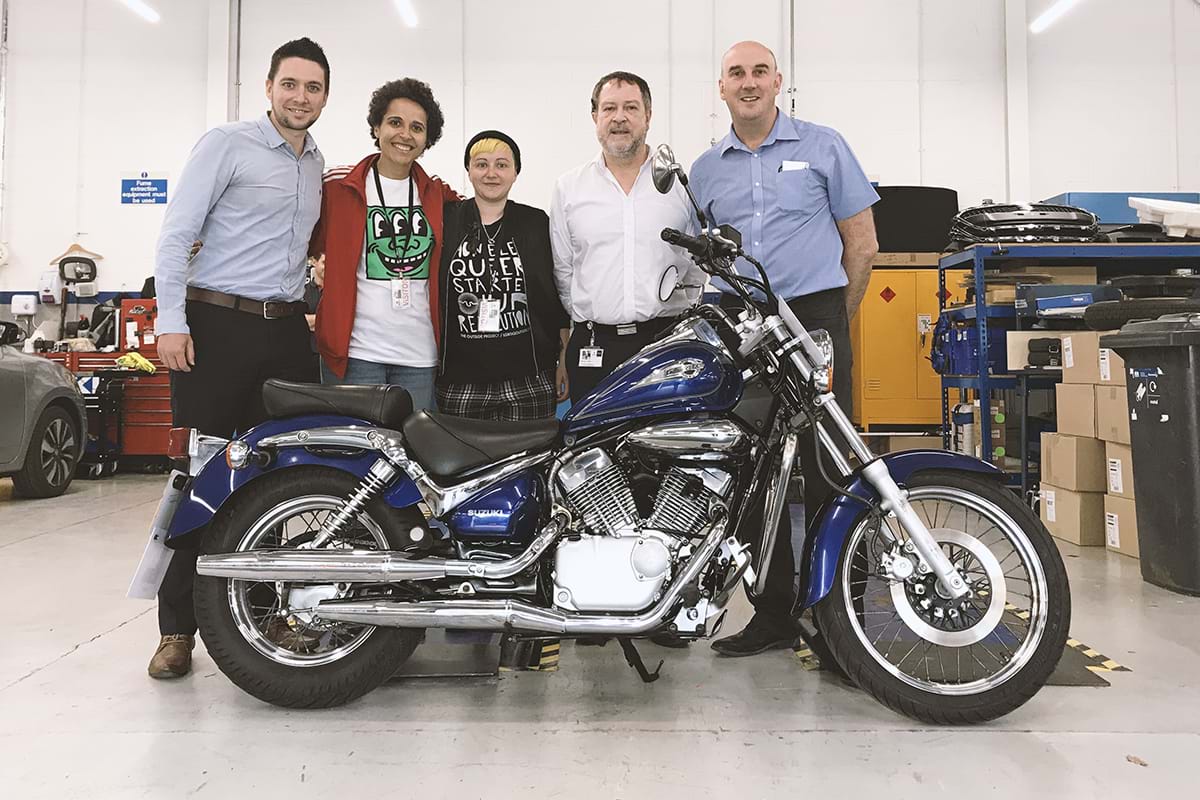 The work done by St. Neots Motorcycles now means Carla can continue to run the shelter she campaigned for and has operated for two and a half years.

“The Outside Project started life on the back of a tour bus. It was actually Radiohead and Metallica’s tour bus and Status Quo had it refitted. But we turned it into a shelter a few years ago to demonstrate the need there was for one. Since then, after a spell in a community centre, we’ve moved permanently into the old Clerkenwell fire station on Rosebery Avenue, which had sat dormant after being closed down.

“We do now receive funding from the mayor’s office, but survive by crowd-funding, hosting fundraisers, and selling t-shirts. In fact, we’ve got a drag queen about to bungee jump off the O2, which will be cool.

“Which I’ll now be able to ride to, thanks to Suzuki and the people that worked on my bike and brought it back to life.”

If you’d like to help Carla and the Outside Project continue its excellent work, you can find out more and donate, here.

To find out more about Suzuki’s support for owners, including Genuine Suzuki Parts support, servicing, and three-year warranty, click here.