Another fourth for Suzuki in Qatar

ANOTHER FOURTH FOR SUZUKI

Alex Rins finished fourth in the weekend's Doha Grand Prix - the second GP in Qatar in two weeks - to make it two fourth placed finishes for Suzuki riders in the desert after Joan Mir narrowly missed a podium at the season-opener.

In a race that more resembled a Moto 3 affair, Rins and Mir launched themselves into podium contention from the third row of the grid. Rins climbed as high as second, but an ever-changing order saw him slip back down the order.

He recovered to fourth, a solid result in the opening stages of a 19-round championship. 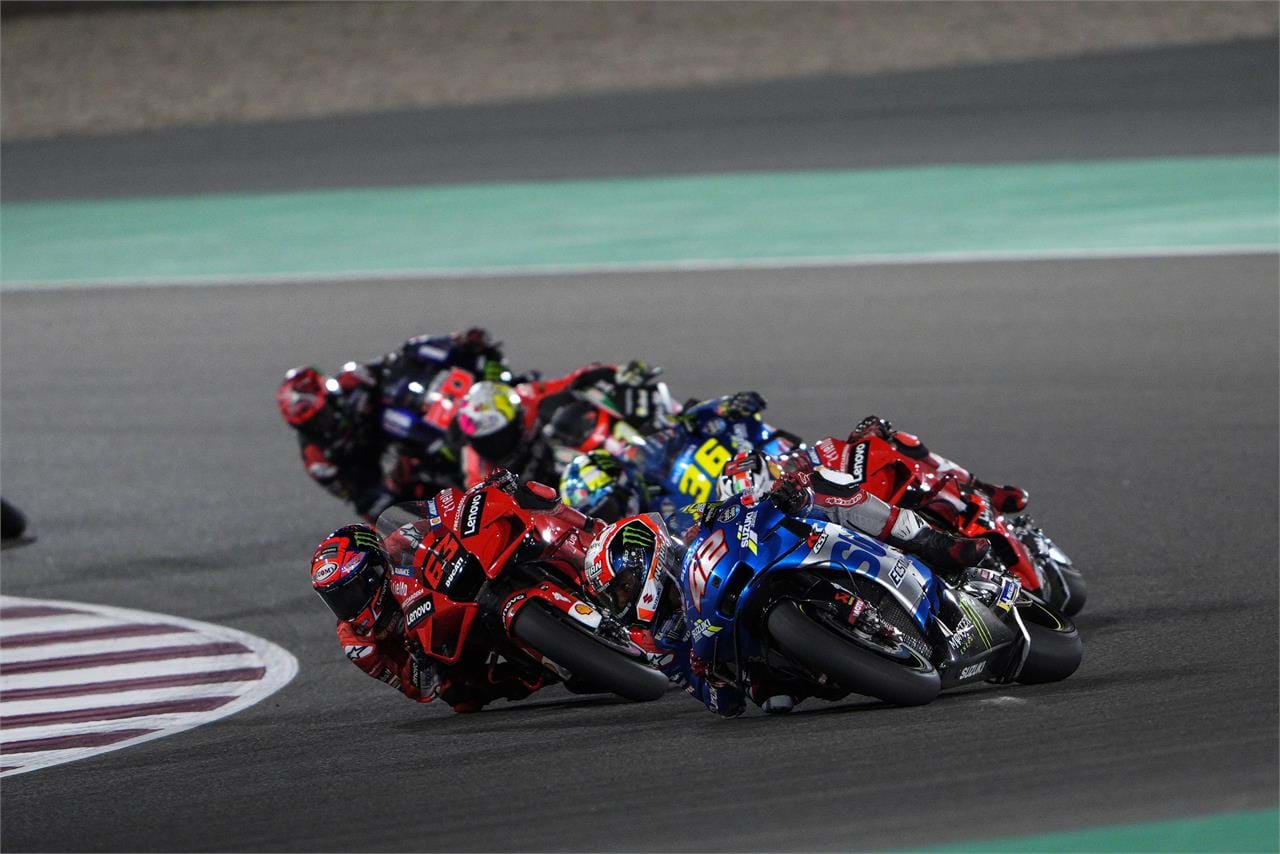 He said after the race, "My race was quite good, I was able to do a nice job and I managed the tyres well. At one point I realised I couldn’t make a break away at the front so I concentrated on conserving the tyres and watching how the competitors were riding.

"It was a tough race and this is the best result I could get today, but I’m satisfied with fourth place, it’s my equal best finish at Qatar. Now we’re focused on Portimão in a couple of weeks’ time; it’s a circuit I really like." 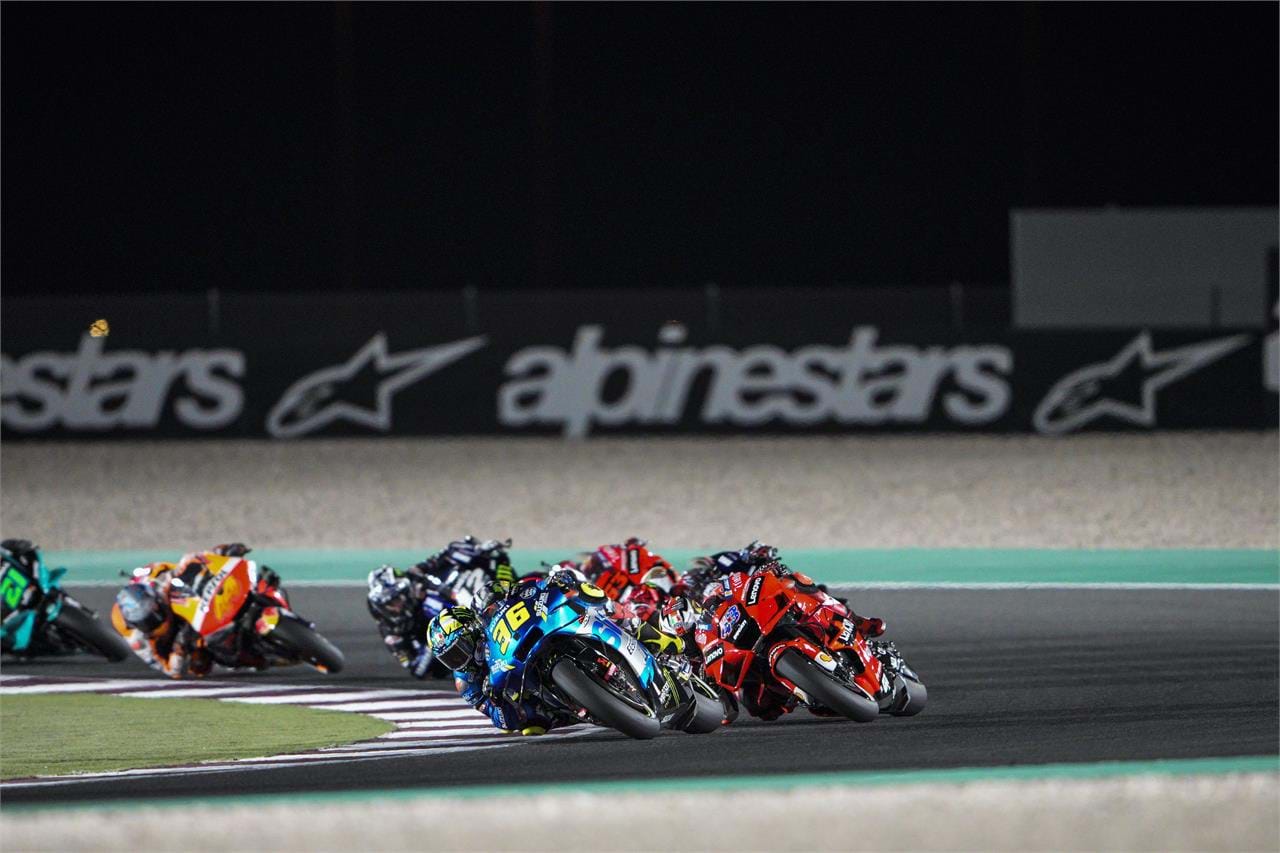 Mir, who finished fourth last time, was also in the podium hunt and making moves behind his teammate. The busy field made for some close passes between rivals, with Mir squeezing past Ducati's Jack Miller.

In response Miller re-passed the world champion coming out of the final turn, resulting in a huge impact between the two riders. Mir only marginally remained on the asphalt, and slipped to ninth.

In the closing stages of the race he picked up two places to finish seventh. While not remarkable, he suffered a DNF and scored a fifth from the opening two rounds of 2020, with the MotoGP circus now set for Europe. 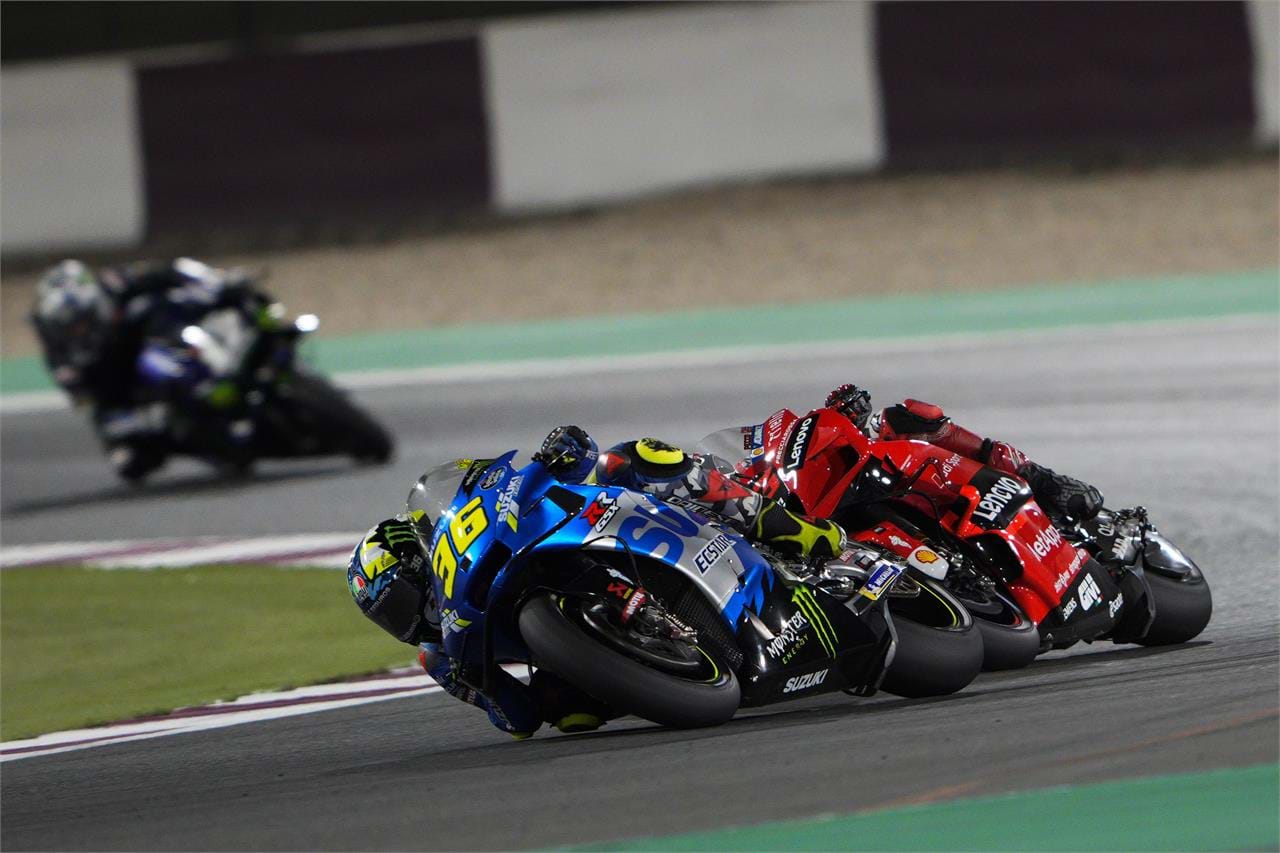 He commented, "It’s very hard to know what to say about this race. Despite starting ninth on the grid I got a good start and I was feeling pretty good in sixth place even though this track isn’t the best for our bike. I started to make progress but I made a tough pass on Jack Miller, which I immediately apologised for. After that he decided to come back at me on the straight with a hard move that I don’t agree with. Anyway, I was able to get seventh place and I’m really looking forward to the next races."

Ken Kawauchi, the team's technical manager, added, "It was a very tough race for us, and I’m sorry for our riders that we couldn’t do better in terms of performance. Our bike isn’t very well suited to this track but I want to thank both Alex and Joan for doing the best job possible in the circumstances. Joan was unlucky today because he could have finished higher, so we will look into this result. Alex managed fourth place, which was good. Now we’re heading to the European tracks and we’ll work hard to optimise our performance in the coming races."