Suzuki is giving away 25 caps and t-shirts, signed by both Joan Mir and Alex Rins, as part of a competition at next weekend's British Grand Prix at Silverstone. The giveaway forms part of the firm's exhibition at the event, which will also feature a display of road and race bikes.

Sadly, due the ongoing pandemic, the riders will not be visiting the Suzuki stand during the event to meet and greet fans. Instead, life-size cardboard cutouts will have to make do, but fans can still snap pictures of themselves with the duo. All they'll then have to do is share the story on Instagram or Twitter, tagging @SuzukiBikesUK, or post it in the comments of the pinned post on the Suzuki Bikes UK Facebook page to be in with a chance of winning a signed cap and t-shirt.

Centre stage in the display will be one of Team Suzuki Ecstar's MotoGP machines, which will be flanked by a Buildbase Suzuki GSX-R1000R British Superbike machine. From the big to the small, 44 Teeth's GSX-R125 endurance racer - running the number one plate as reigning Freetech Endurance champions - will also be displayed.

Sticking with the GSX-R theme, the 100th anniversary edition GSX-R1000R will be displayed, alongside Sylvain Guintoli's very own GSX-R1000R practice bike. 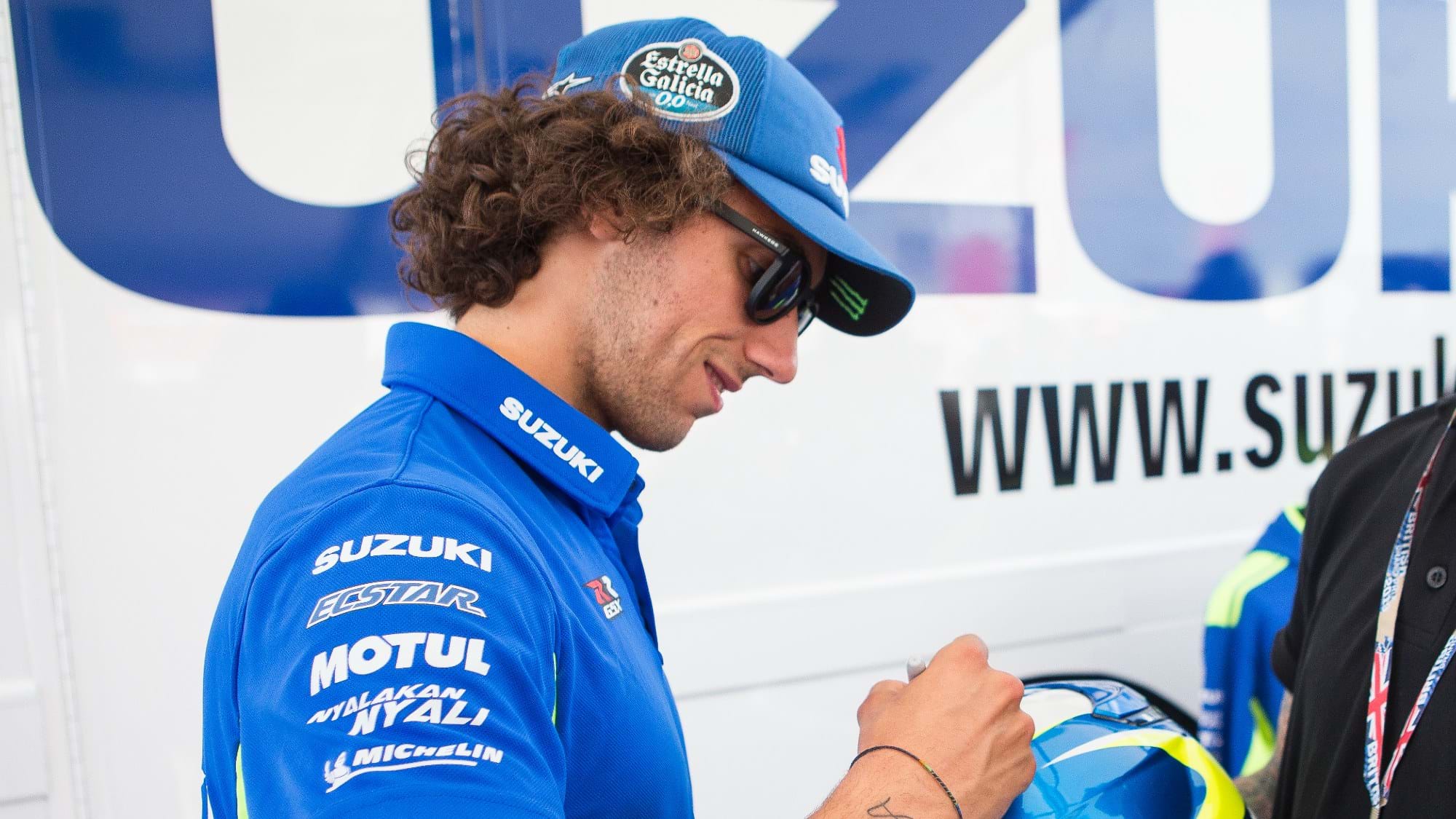 The new-for-2021, third generation Hayabusa - which gets three power modes, 10-mode traction control, 10-stage wheelie control, lean angle-sensitive ABS, a bidirectional quickshifter, launch control, and cruise control - will also feature, as will the new GSX-S1000 naked. The smaller GSX-S750 and SV650 middleweight nakeds will complete the street bike display, while the SV650X will also be exhibited.

The full V-Strom adventure bike stable - from the 650 and 650XT to the flagship 1050 and 1050XT, which comes complete with power modes, traction control, linked brakes, spoked wheels, hand guards, centre stand, and height-adjustable seat and screen - will also feature. 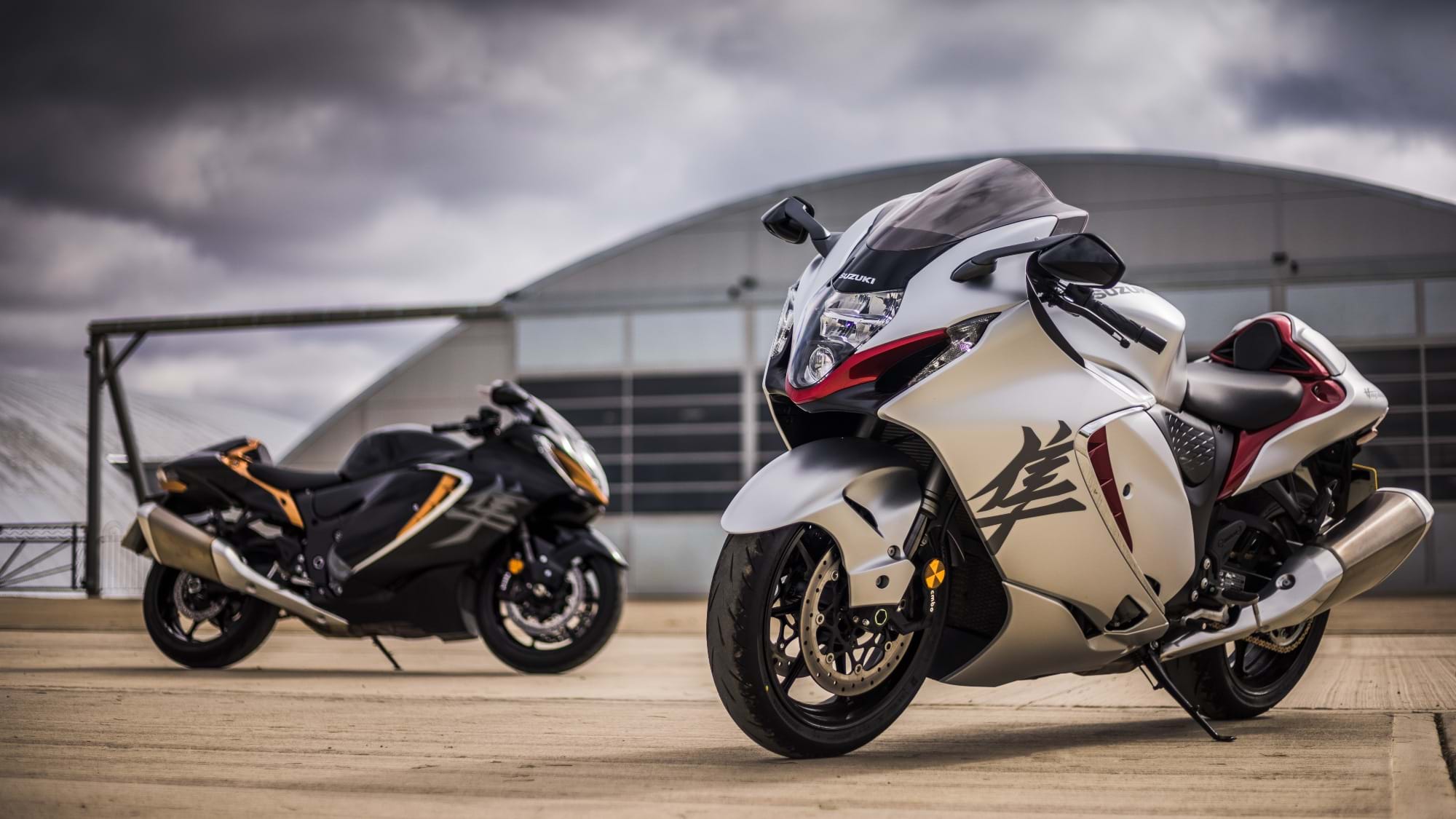 Team Suzuki has won two of the last three British Grands Prix to be run; Maverick Viñales won the 2016 race, before then-rookie Alex Rins finished ninth in 2017. With 2018's race rained off, Rins then made it two out of three wins for Suzuki, emerging victorious in 2019. He, and reigning champion Joan Mir, will be aiming to make it three from four on 29 August. 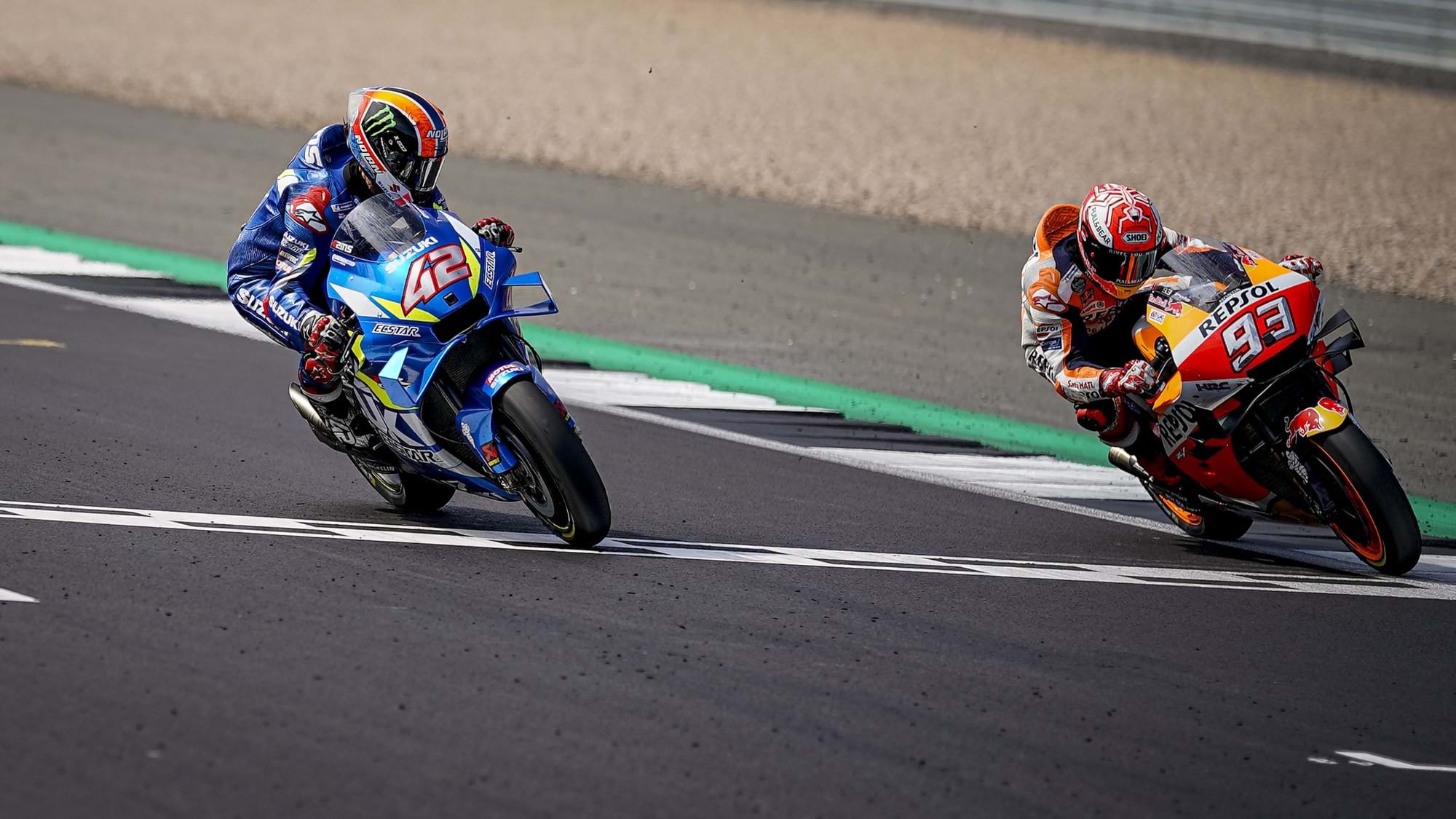 Suzuki's display stand will be located in the manufacturer village, on the outside of the Wellington straight, from Friday 27 to Sunday 29 August.