TOP-10 FOR ANDERSON AND

It's the first year Anderson and Hawk Racing have joined forces for the TT, and after a productive practice week that saw Anderson record a best lap of 126.99mph as he built his speed and made adjustments to his fleet of GSX-Rs as he went, he immediately improved to 127.96mph on the opening lap of today's race.

From there he remained consistent, lapping in the high 127s while the team delivered slick pit stops to help him climb into the top-10 on the time sheets. With a 127.86mph last lap he took the chequered flag in ninth place. 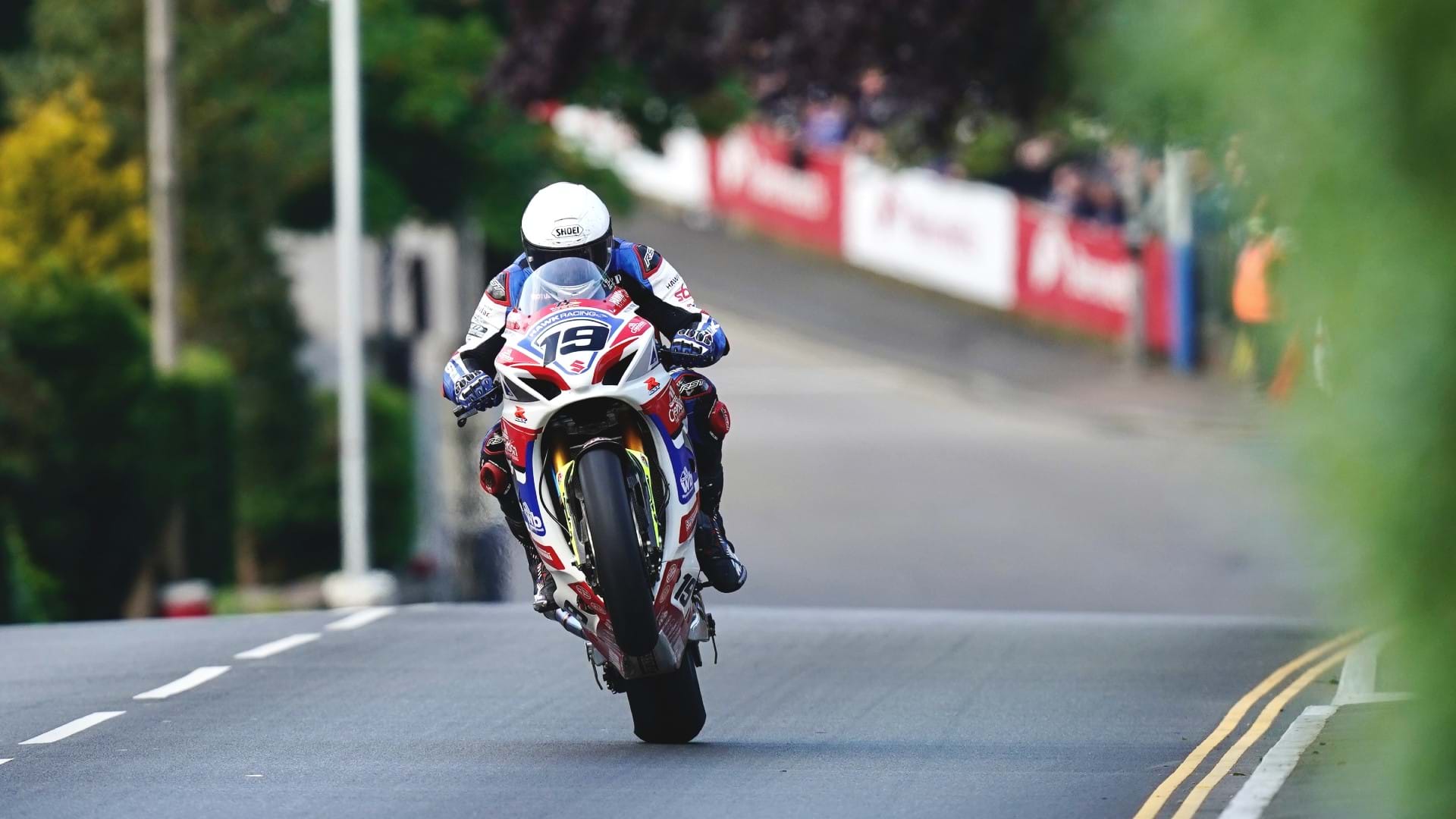 Anderson said, "To come away with a top-10, in that class, with a new bike and team, and with the pedigree of riders out there, I've got to be happy. It's been a real education for me on the superbike. We were making changes all through practice week and made steady progress, and the team has worked so hard to put a good package together, and today it was another valuable six laps' worth of data. We were consistent rather than outright fast but we haven't seen lap records tumble and I don't think the track has the pace in it compared with previous years. But there's a lot more potential in me and the bike, and hopefully we can keep chipping away."

Racing continues on Monday, with Anderson and the team in action in the four-lap Superstock TT. Racing concludes with the six-lap Senior TT on Friday 10 June.

Anderson added, "We've not been far away on the stocker. It's obviously a lot closer to the Suzukis I've run myself in the past, so I felt comfortable pretty much right away. There was a lot less learning to do and I think we can have a good race on Monday. A lot of the focus has been on the superbike with another race on Friday. We'll look at the data from today and we'll get a couple of laps in in the evenings this week to improve. But tonight I'll be going to bed happy."