SIXTH PLACE FOR RINS IN SPIELBERG

Due to Joan Mir’s injury from the recent MotoGP test, Alex Rins was the sole Suzuki protagonist at the Austrian Grand Prix this weekend, picking up valuable points in Spielberg.

Just like a blockbuster movie with the venue’s namesake, the Grand Prix in Spielberg was full of drama, but even the greatest filmmaker would have struggled to write the first few laps of this action filled battle. 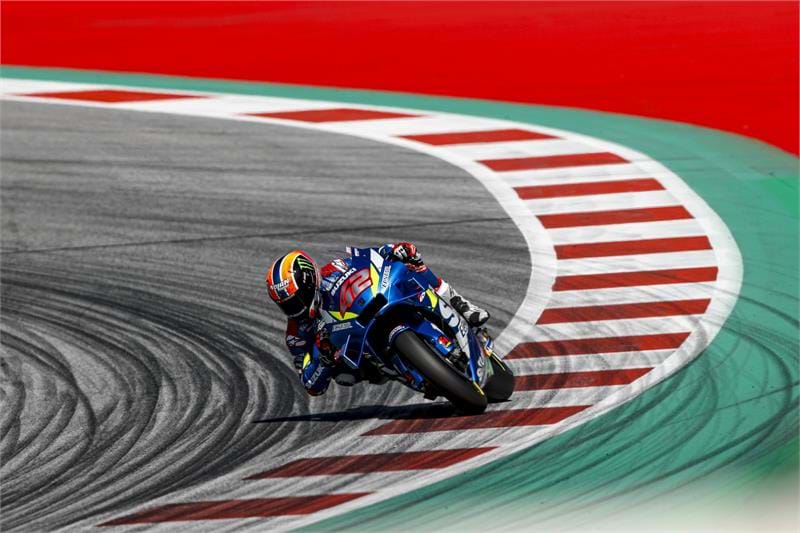 A strong start from Rins saw the Spaniard launch off the line and up to third place early on, as Dovizioso and Marquez got in each others way and went wide on the second corner; a preview of the battle that was to come. However, despite a fantastic move up the inside of Jack Miller to reach his race high of second place, Rins struggled to settle into a comfortable race pace and subsequently dropped back down to seventh place with 23 laps to go.

A boost later in the race whilst in sixth, saw the Suzuki rider back in a battle for fourth with Rossi and Viñales. But with the slow corners and fast straights of the A1 Ring, Rins struggled to pass the fellow Spaniard, Viñales, ending the race in a safe and secure points scoring sixth place - a solid result after recent disappointment in the Dutch and German Grand Prix previously. Rins also closed the gap by finishing three places ahead of Petrucci who is currently 12 points ahead in the championship. 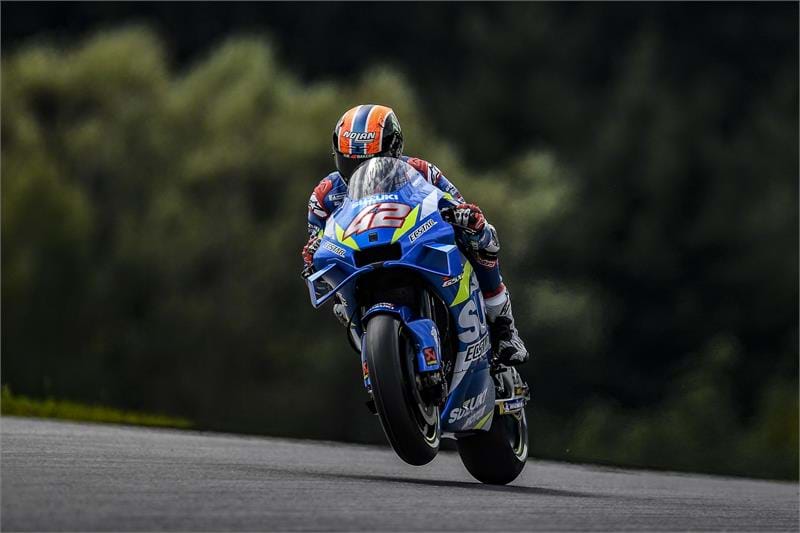 Rins commented after the race, while looking forward to British Grand Prix:

“This race was really difficult for me, I suffered mostly under braking. But our target was to improve my result compared to last year and we managed to do that. In 2018 I finished eighth here, and today I was sixth. I also narrowed the gap in the points standings. I always try to give my maximum at every race, and I’m motivated for the next round. I really enjoy Silverstone so I’m keen to arrive there.”

For the SUZUKI ECSTAR team this finish is an improvement on this particular circuit from 2018 with Rins scraping 14 seconds off of his overall race time and improving his position by two.

“We’ll be happy to have Joan back with us in Silverstone too, hopefully he will be able to recover in these next 10 days and be fully recovered. Let’s see what we can do there!”