Alex Rins watched his chances of another MotoGP victory disappear in a cloud of dust at the weekend, as he crashed out of the lead at Assen for the Dutch GP.

Qualifying on the front row of the grid, Rins took the holeshot when the lights went out for Sunday's race, while his teammate, Joan Mir, slotted into second.

He began to pull away immediately, but was caught out on the third lap at turn nine, losing the front and crashing out. 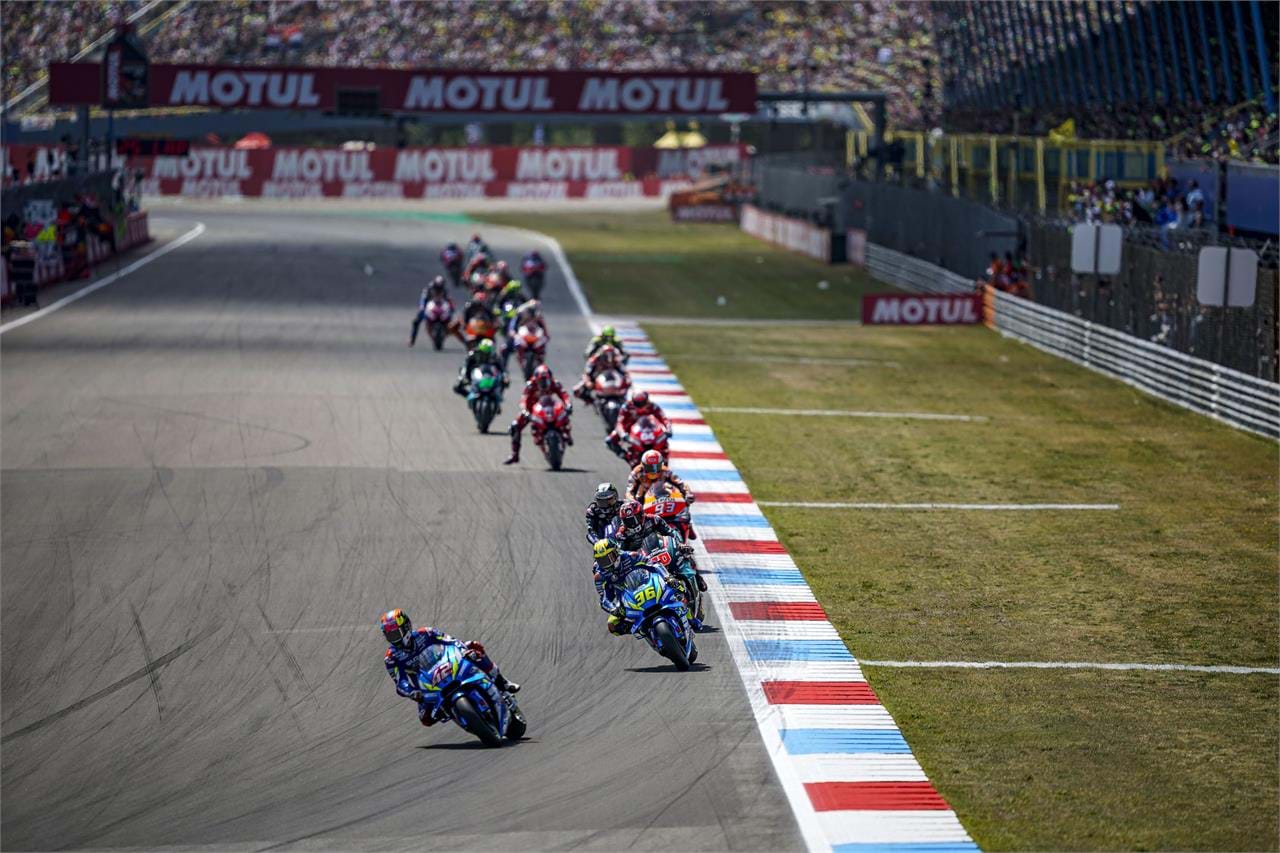 Mir inherited the lead, but a mistake a few laps later dropped him to fifth. After some position-swapping, he climbed back up to fourth place, but another mistake under braking with two laps to go dropped him back to eighth, a position he held to the chequered flag.

Rins said, "I made a really good start, and I was riding with a lot of confidence. But then, on the exit of turn eight, the front came up a little bit more than usual and then I braked really hard getting into turn nine and I lost the front immediately.

"It was a real shame because I was doing well, with a good rhythm and good pace. I’m sure I would have stayed with the front riders. The good news is that I’ll be back on the bike in less than a week, at Sachsenring, and I’m really excited." 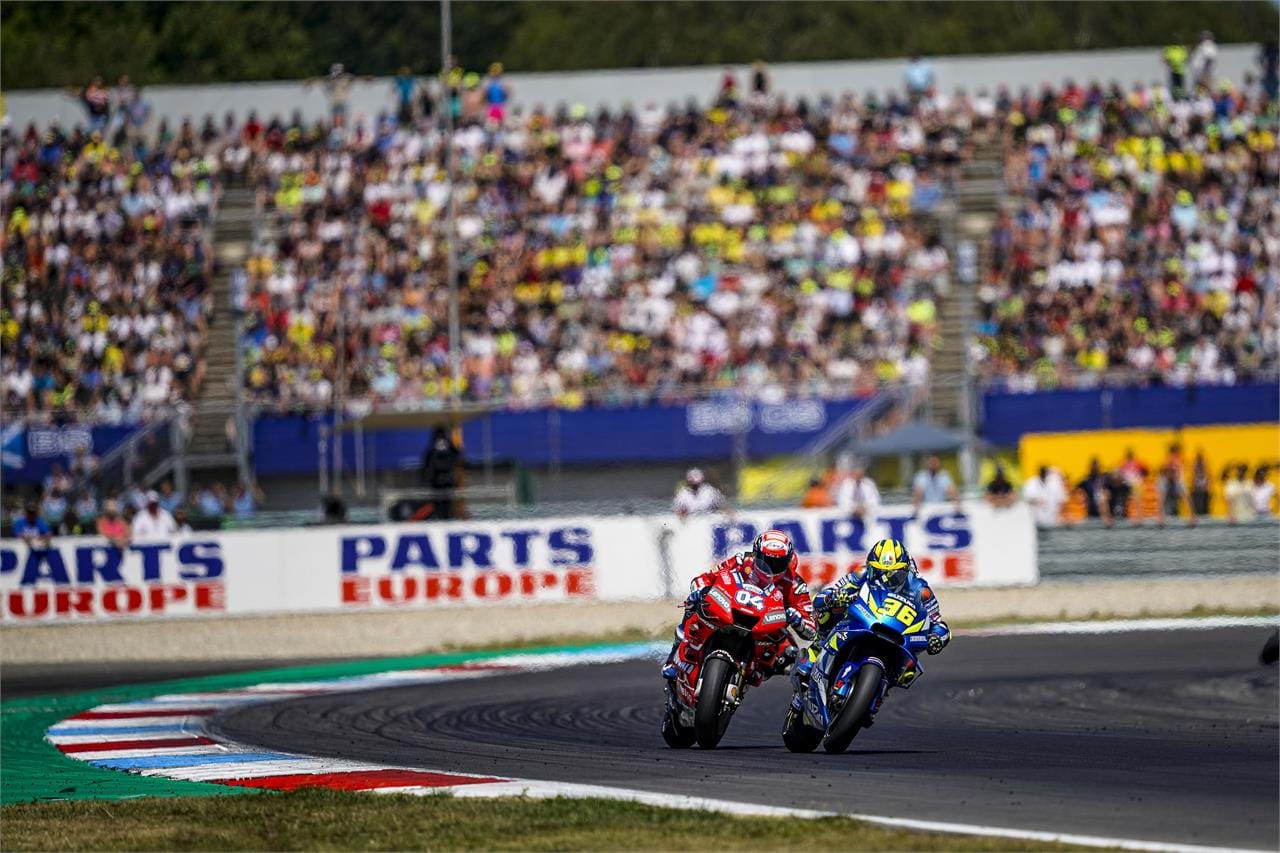 Mir commented, "I’m so happy about the weekend in general. Although it was still a bit of a shame, because I expected a little bit more. I was fighting really hard throughout the race, but I didn’t have much grip on the rear towards the end and I thought it was better to finish than fight.

"I’m looking forward to Sachsenring because I have been feeling much better recently, and I feel that I’m close to achieving some really strong results."

Team manager, Davide Brivio, added, "Today was disappointing for Alex because he and Joan had great starts and Alex just made a small mistake and went down.

"Joan fought well, even though he had to back off a bit towards the end of the race. But despite everything, we’re still confident because in general our pace and form are very good at the moment. We’re looking forward to trying again in Germany next week."