Joan Mir was credited with fourth on the results sheets after the weekend's Catalan Grand Prix, following a penalty for Fabio Quartararo.

Mir took the chequered flag in fifth place, after battling for the podium in the early stages. The reigning world champion launched off the line to put himself among the front runners from his fourth row grid spot. He climbed up to second, but began to suffer in the latter stages from rear grip, put down to the choice to run the medium option rear tyre. 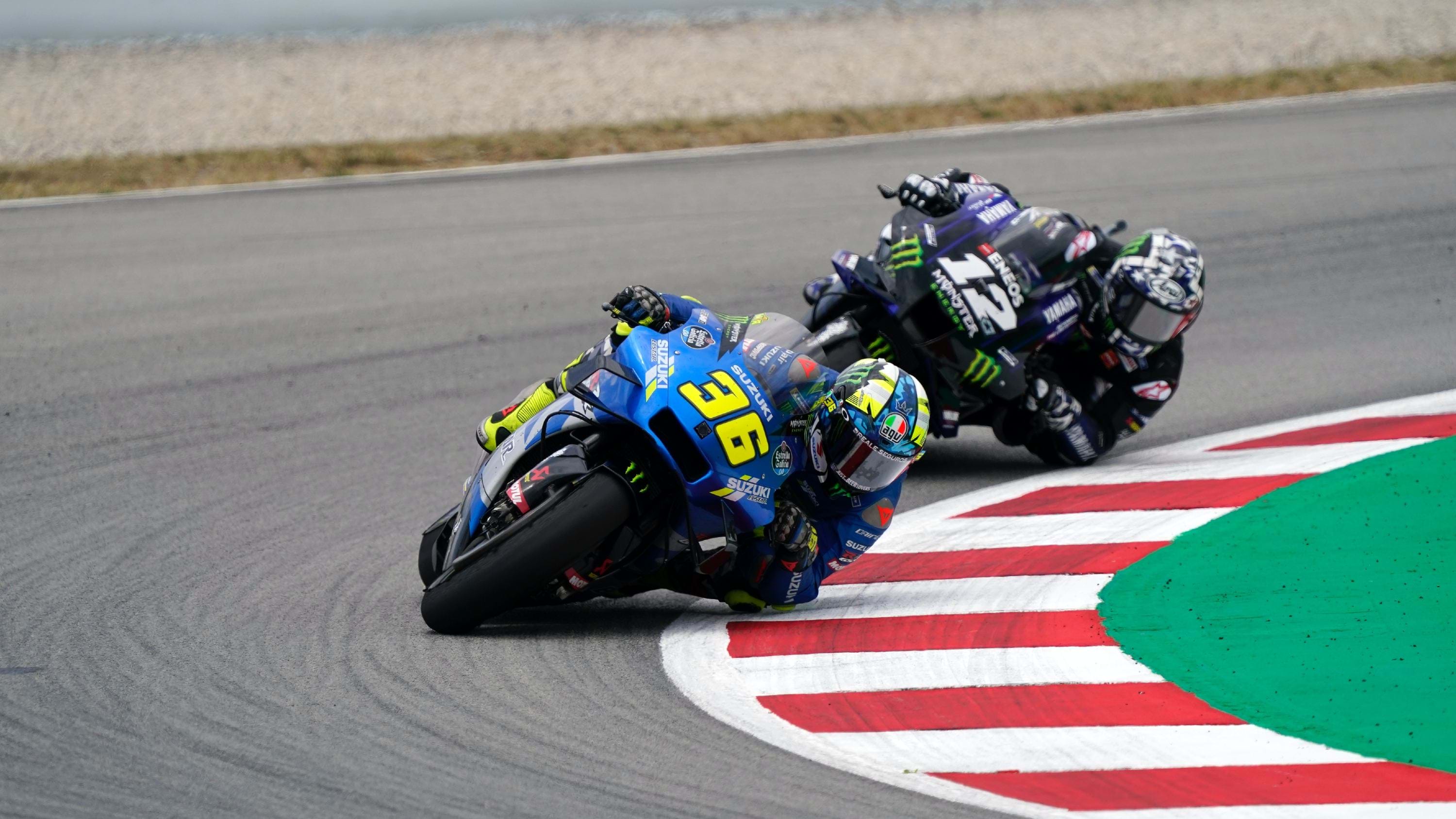 He fought to hold off both Johann Zarco and Jack Miller but eventually was forced to yield the positions, however, he did manage to hold off a chasing Maverick Viñales to cross the line in fifth, before being bumped up to fourth after the flag.

The sole Suzuki representative in the race, following Alex Rins' cycling accident, said, "We didn’t make the right decision with the tyres today, I switched to the medium-medium on the grid and then I had to battle against the rear spinning and it was a struggle, especially in the last part of the race. It’s a shame because I felt I had podium pace, but in the end I still achieved fifth place which isn’t bad.

"I tried my best to manage the situation and stay on the bike. The first four riders in the race had the hard rear tyre and it seems that was the better choice, but we will learn from this mistake - both me as a rider and the team too. Tomorrow we will try a few things and let’s see if there’s something that can help us in the future."