Joan Mir collected his first MotoGP podium in yesterday’s Austrian Grand Prix, finishing second aboard his GSX-RR. It was a positive outing for the whole Suzuki team, as teammate Alex Rins showed race-winning pace while still recovering from injury, but sadly crashed out of the race lead.

Mir’s podium had an air of long-time-coming about it, with the young Spaniard having shown the sort of pace at previous rounds that should have put him in podium contention in the races. 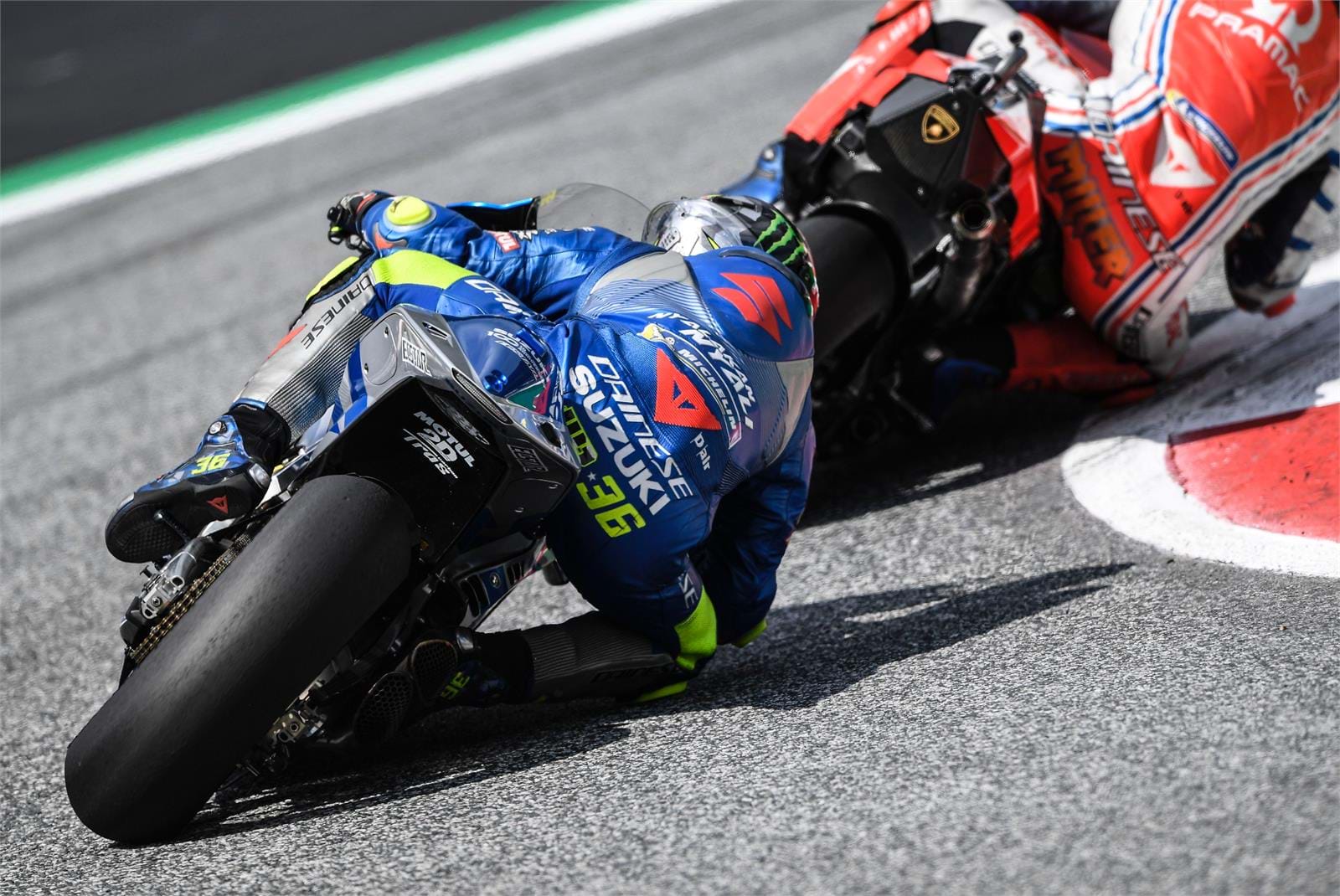 After the first attempt to run the race was red-flagged due to a horrific crash involving Johann Zarco and Frankie Morbidelli, Mir made another strong start and was battling for the race lead until the closing stages.

Holding third right up until the last lap, he continued to apply the pressure to Jack Miller, forcing a mistake into the penultimate corner. Needing no second invitation, Mir darted through to take second place. 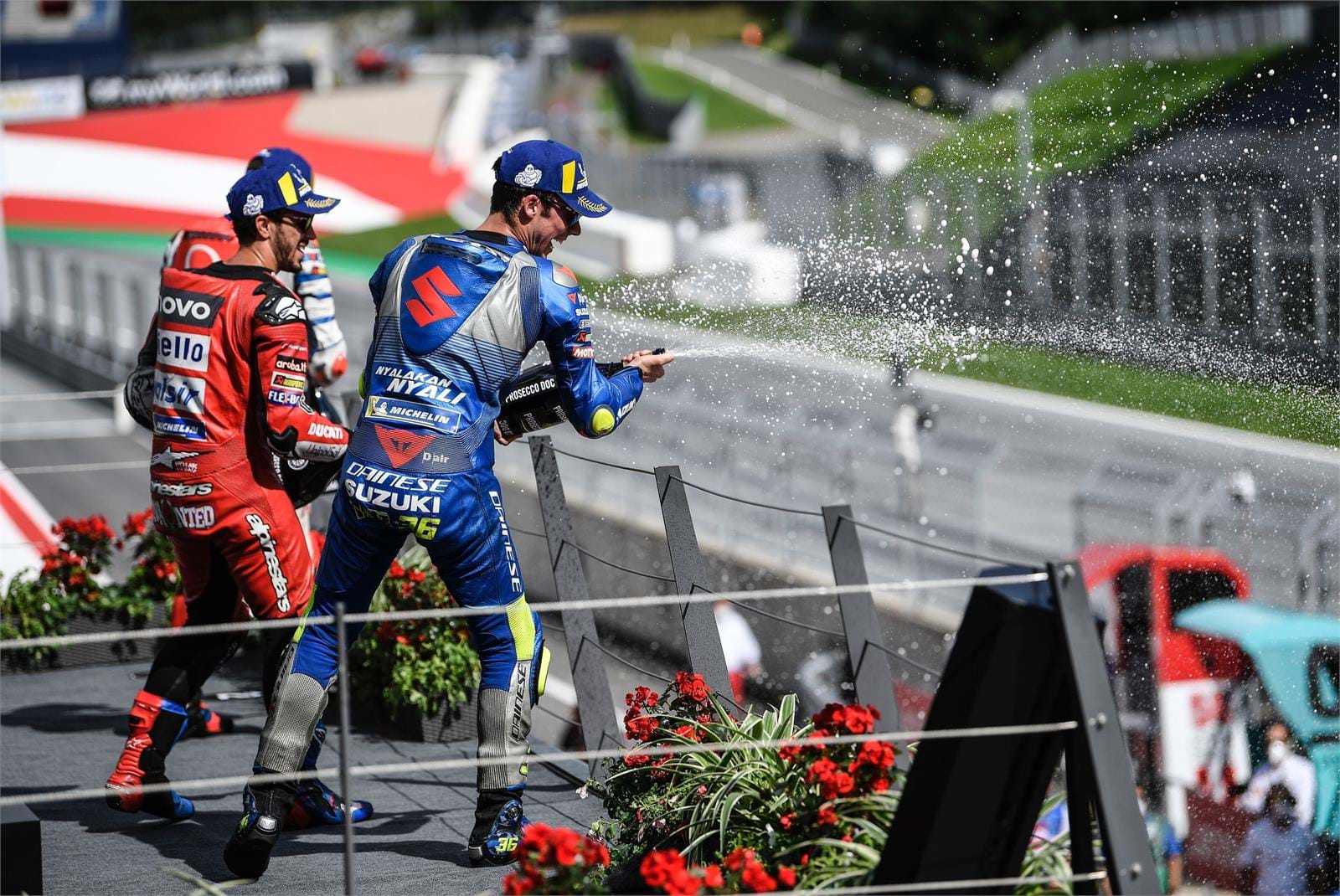 He said of his first podium, "It was an amazing day. I knew a couple of races ago that I had the pace to be on the podium but various things happened to prevent it.

"I got my first career victory at this track in Moto3, and for me this result is also like a win! I’m so happy to get second. I want to say a big thank you to all the team members who are here and working so hard to give me the best bike possible, and also to the crew who are at home and helping me.

"We’ve been through bad moments together and this great result is for all of them." 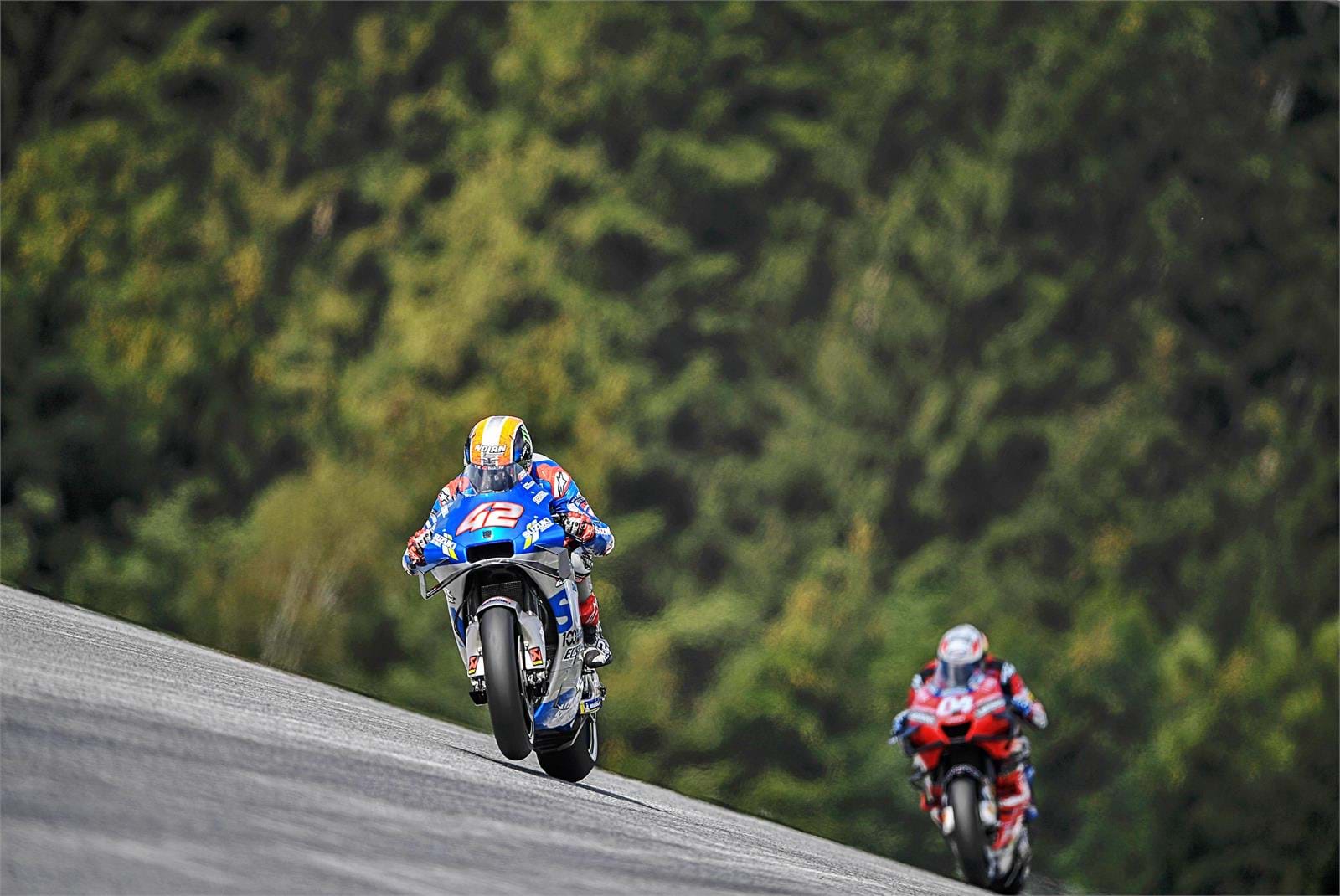 Alex Rins continued to show much of a class act he is, with his speed at the Red Bull Ring further highlighting his championship-challenging potential and the GSX-RR’s completeness as a package.

Like his teammate, he was battling with the lead group and clearly had the speed to breakaway, but just pushed a bit too hard to take the lead, and after assuming the position he lost the front and crashed out. 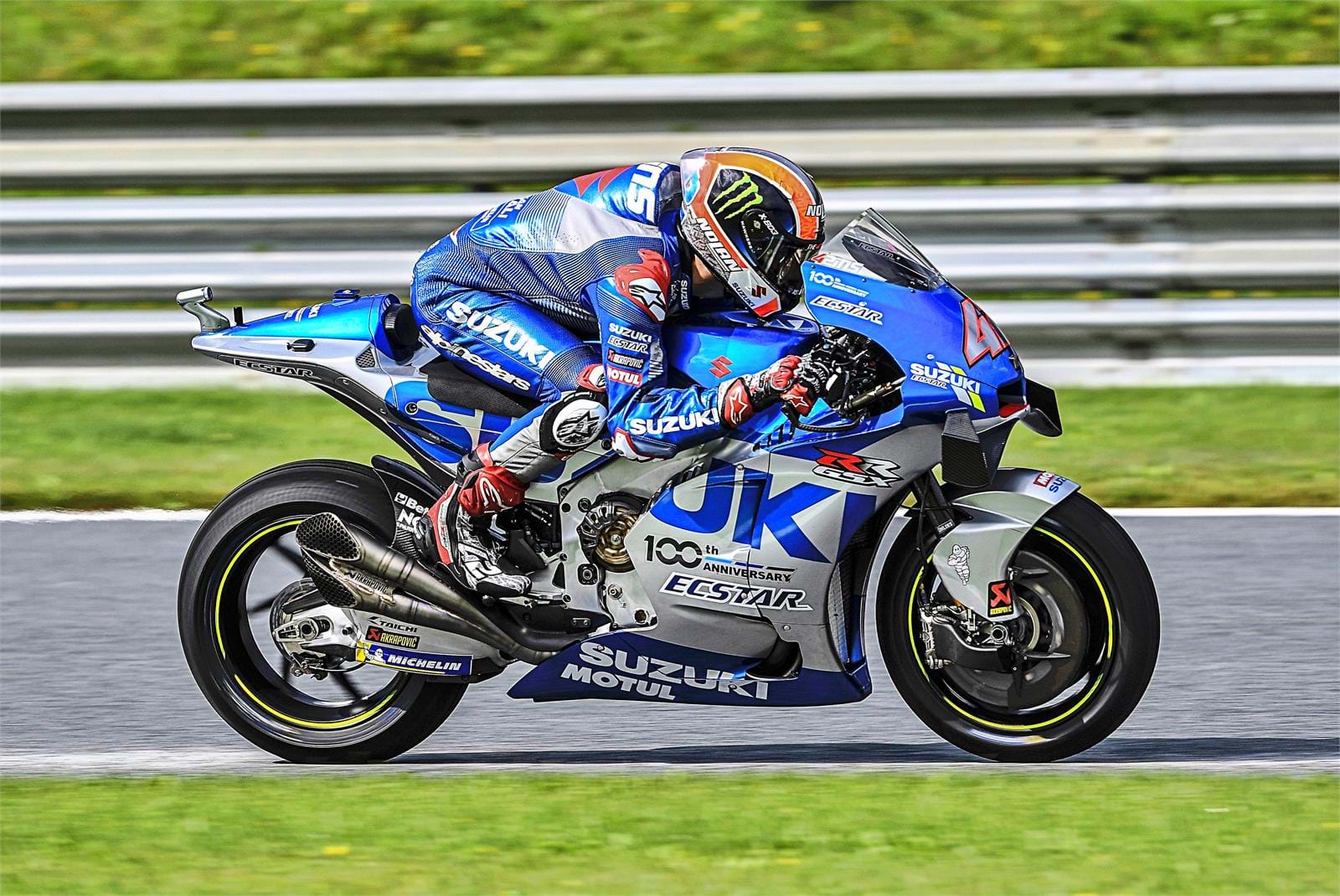 Remaining in high spirits, however, with next week’s Grand Prix of Styria taking place at the same circuit and providing another chance to fight for victory, Rins said, "I started the first race well but I then I couldn’t keep the rhythm because I felt some locking, then I was behind the big crash and it was so scary - I want to send best wishes to the riders involved.

"In the restart I felt really good with the bike and the rear tyre, and when I was behind Dovizioso I knew I had the pace to lead, so I overtook him where I felt most confident in corner six. But then I lost the front and crashed, which was a real shame. But everything is so close in this championship and I’m ready to put today behind me and focus on next weekend."

Team manager Davide Brivio added, "Before coming here we thought we would struggle at this track, but our bike has been unbelievable and our riders have ridden very well.

"We’re very happy for Joan; he deserved this great result after trying for so long to put everything together. Unfortunately Alex crashed and it was a real pity because he could have been on the podium too, but racing is like this sometimes and luckily he is fine. We’re already waiting to see what we can do next week."