The dust has settled on the racing for 2020, and Joan Mir is coming to terms with the fact that he is heading into the winter as MotoGP world champion. We can't imagine how that feels... Thankfully, he's done his best to explain.

"I’ve had some days to try and realise everything that’s happened since winning the title, but in reality the action has been non-stop; so many kind messages to read from fans, so many interviews and events to attend, and it’s a great feeling to catch up with all the media and to try and express the emotions of the last few weeks. I wanted to take this chance to also try to put down in words some of my experiences and to share with you the moments that led up to the title, and the different feelings I went through. 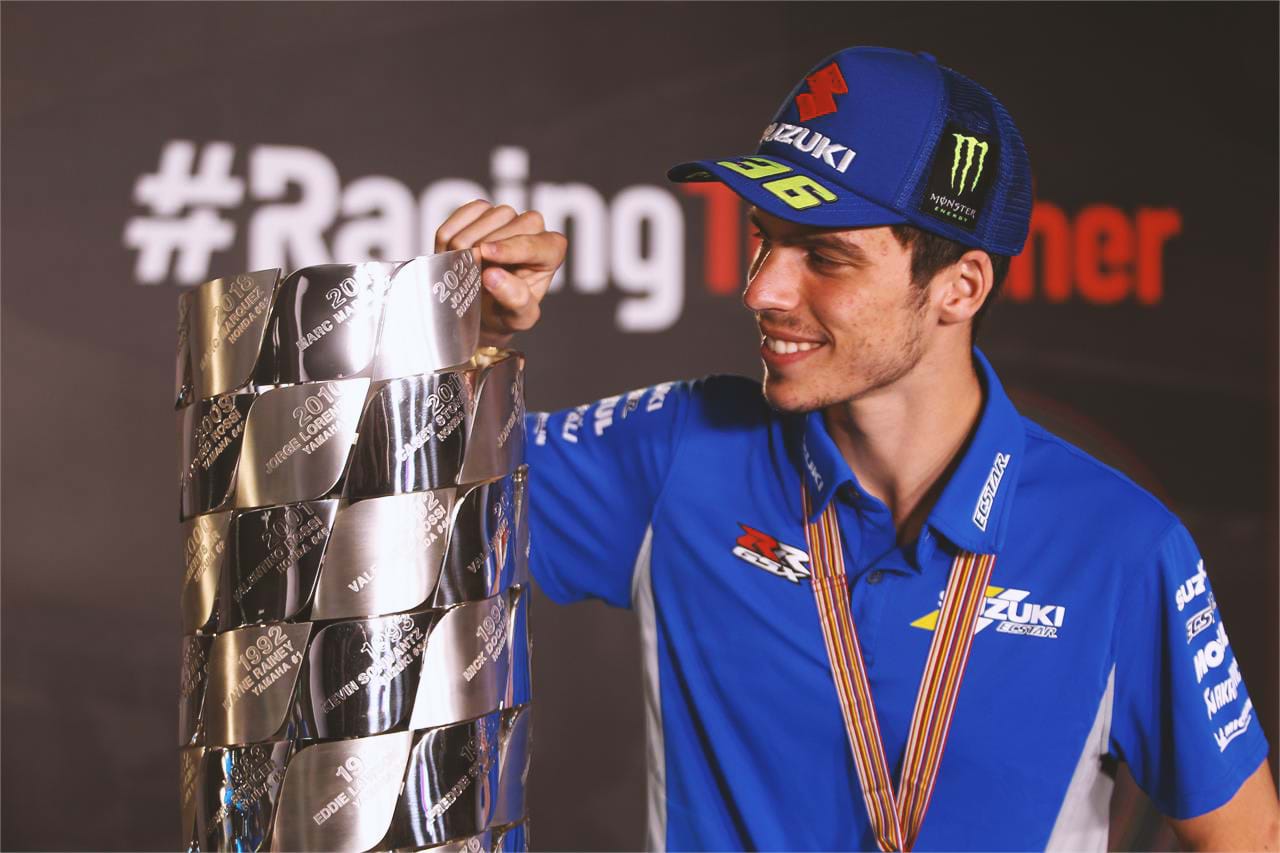 "The day before the Valencia 2 race, I was particularly calm and quiet. The people closest to me noticed how I was very silent when I got up on race day morning, I didn’t really speak to anyone simply because I was so concentrated on the goal. I remember that I had fried eggs for breakfast to give myself plenty of energy. After that, I don’t remember much about the race; only that I felt nervous on the grid but calm during the actual race.

"But I recall with a lot of clarity the moment when I crossed the line - it was pure ecstasy. I just started to scream and shout, screaming at the top of my lungs! Then I got very emotional when I saw everybody around me starting to applaud, particularly my competitors! That cool-down lap was something incredible with all the other riders congratulating me and stopping to shake my hand.

"Then I arrived at parc ferme and I was so amazed to see all of my family there! They had stayed away all season because of the delicate situation with the (COVID-19) virus, so to see them there waiting to embrace me was overwhelmingly wonderful - the most beautiful and unforgettable thing in the world. 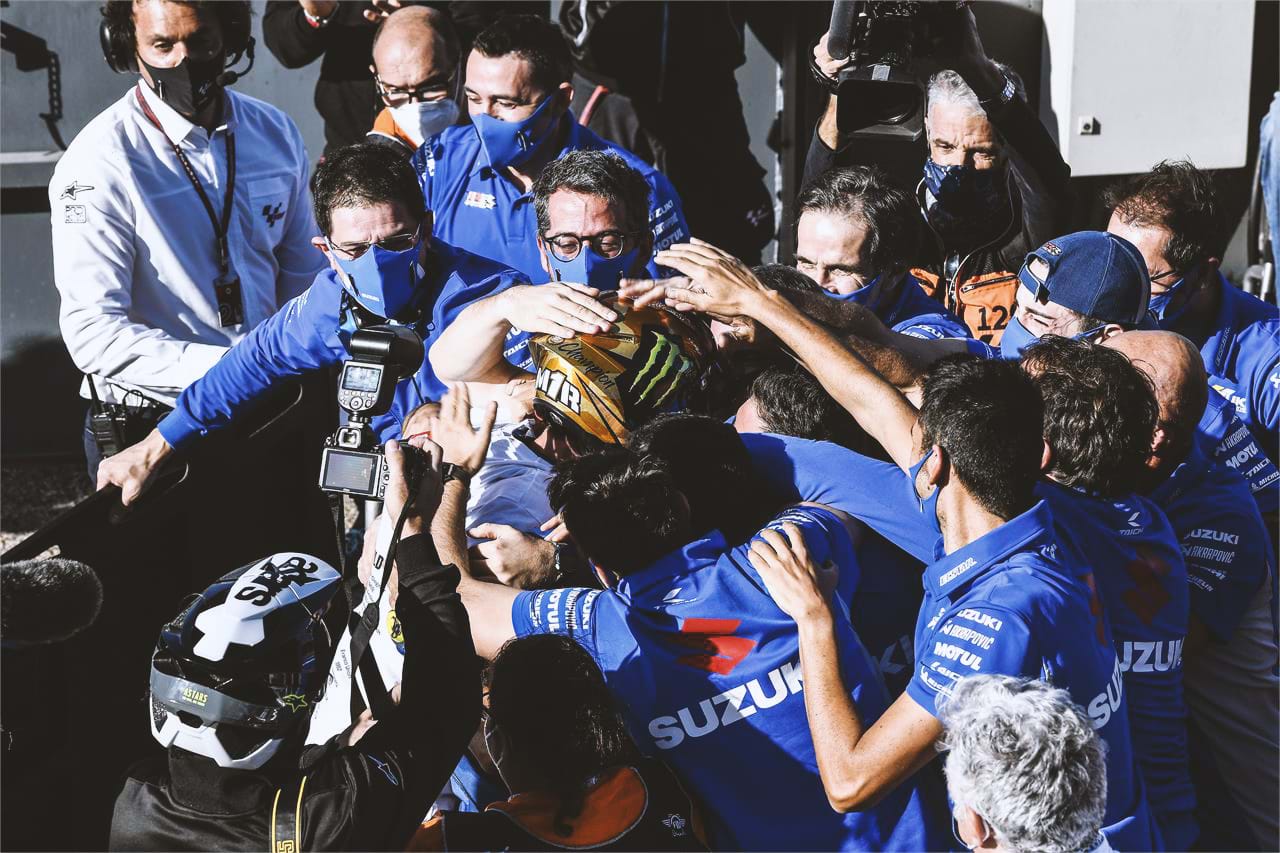 "The celebrations with my team in the moments after the race were also fantastic, but in the evening we didn’t have a big party like a lot of people expected; I just had a very small dinner together with my family - I wanted something intimate and relaxed, something safe in these difficult times. Over the next hours I started to realise that I had achieved my ultimate dream. It hit me in waves as I remembered what had happened! This whole season will be unforgettable, but those moments celebrating with my fellow riders, my team, and my family will stay fresh in my mind forever.

"This World Championship title has special significance for me and the team because I realise that we really made history with this victory. It came in the same year that Suzuki celebrates its 100th anniversary and the 60th anniversary of racing. It’s also 20 years since the last title - all these stats are impressive, and to me it almost seems like ‘destiny’ that it all happened at once.

"To be honest, this is exactly what I was hoping for when I decided to sign with Suzuki in MotoGP. At that time I had some other options, and I thought about it a lot, evaluating and weighing-up the pros and cons. I was already very interested in Suzuki, then all of a sudden I thought: if I do go to Suzuki and manage to win the world championship it will something amazing, memorable, historic! And here we are, celebrating a piece of history! 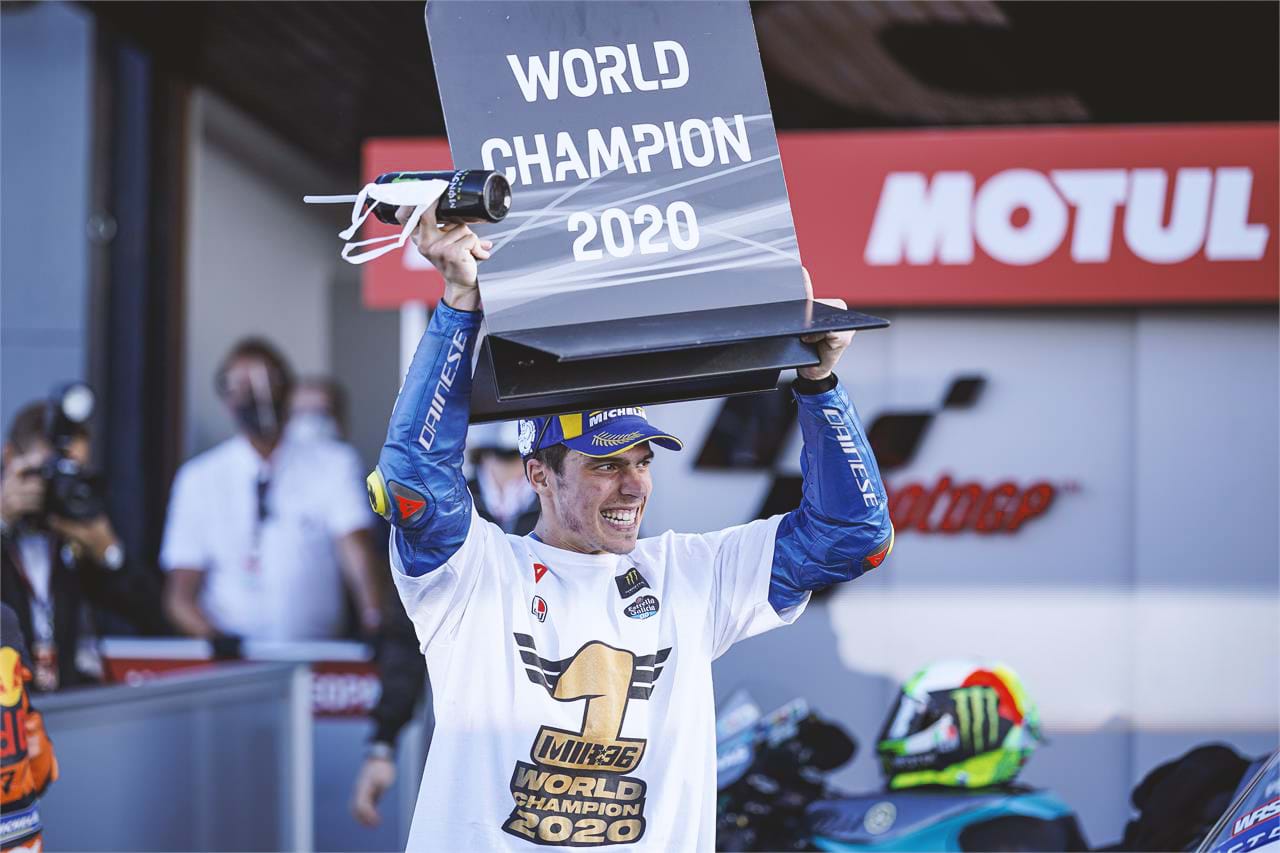 "I still remember my first experience with the GSX-RR: the speed was impressive, but the braking was something else! The stopping power really surprised me. And the bike itself is very long, much longer than a standard bike, to give better stability in fast corners, so you really have to make it turn, but this year we managed to find good traction, which helped a lot. The GSX-RR is a really complete and balanced bike, and it won the title with me thanks to this and its adaptability to all tracks and conditions. In such a strange year, consistency was going to be the key for success, and that’s what we managed to do.

"Another reason that this season’s success feels so incredible is not just the struggles of the year in general with the terrible Covid-19 crisis, but also the troubles I had last year. When I think back to the crash I had in Brno I still re-live that same feeling of my breath being taken away, it was so scary. The crash itself and the injury was a tough moment, but the recovery was also very long and hard. It feels strange to think that after the first races of this 2020 season I was well behind the top riders in the classification, and now we’re celebrating the title. The season was so relentless with so many rounds close together, so it really hasn’t sunk in yet.

"Austria this year was a real turning point: I was really putting pressure on myself to get a podium and when it finally happened it was a huge relief - I had been bottling-up the tension inside myself and all of that was finally released when I stood on that podium. Once I had proven what I was capable of, it gave me a more relaxed and balanced feeling on the bike. If you asked me to pinpoint the secret to my success, I would say this: I always set a target and then once I hit it my hunger just gets bigger and bigger and I just can’t get enough of chasing my objective. 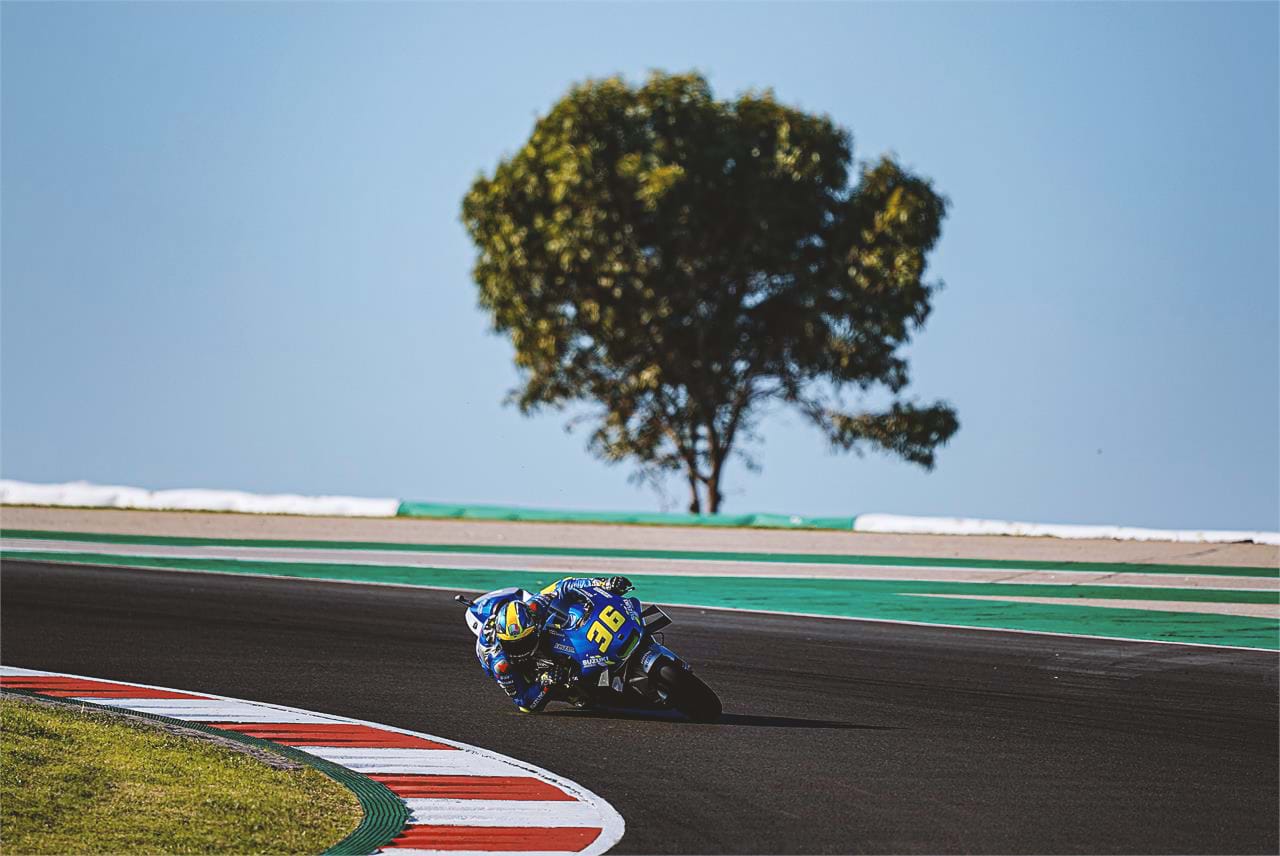 "When I see the words ‘world champion’ I feel so thankful for what all the people in Suzuki and in the racing team have done for me. There’s no way to truly express the thanks and gratitude I want to give to all the people who have supported me and helped me to get where I am now, on the top of the world!

"Seeing my face amongst all the historic Champions of Suzuki is something magical and it makes me feel very honoured and proud. All of us at Team Suzuki ECSTAR are a part of history now, the history of an underdog who came to MotoGP to challenge the biggest teams and won!"