Restrictions are easing and riding bikes is starting to become a thing again. But with the Covid-19 outbreak having started in February and March, many riders may not have ridden since 2019. It’s important, then, that before you dig the bike out and give it large, you ignore the temptation to just get going and carry out a few checks beforehand.

Suzuki GB’s workshop manager is Steve Mestern, and he has been a motorcycle technician for more than 40 years after starting an apprenticeship as a 16-year-old. He started preparing the Suzuki GB fleet in 2007, so he knows a thing or two about getting a bike ready, so we asked him for his tips on things to check before you hit the road. 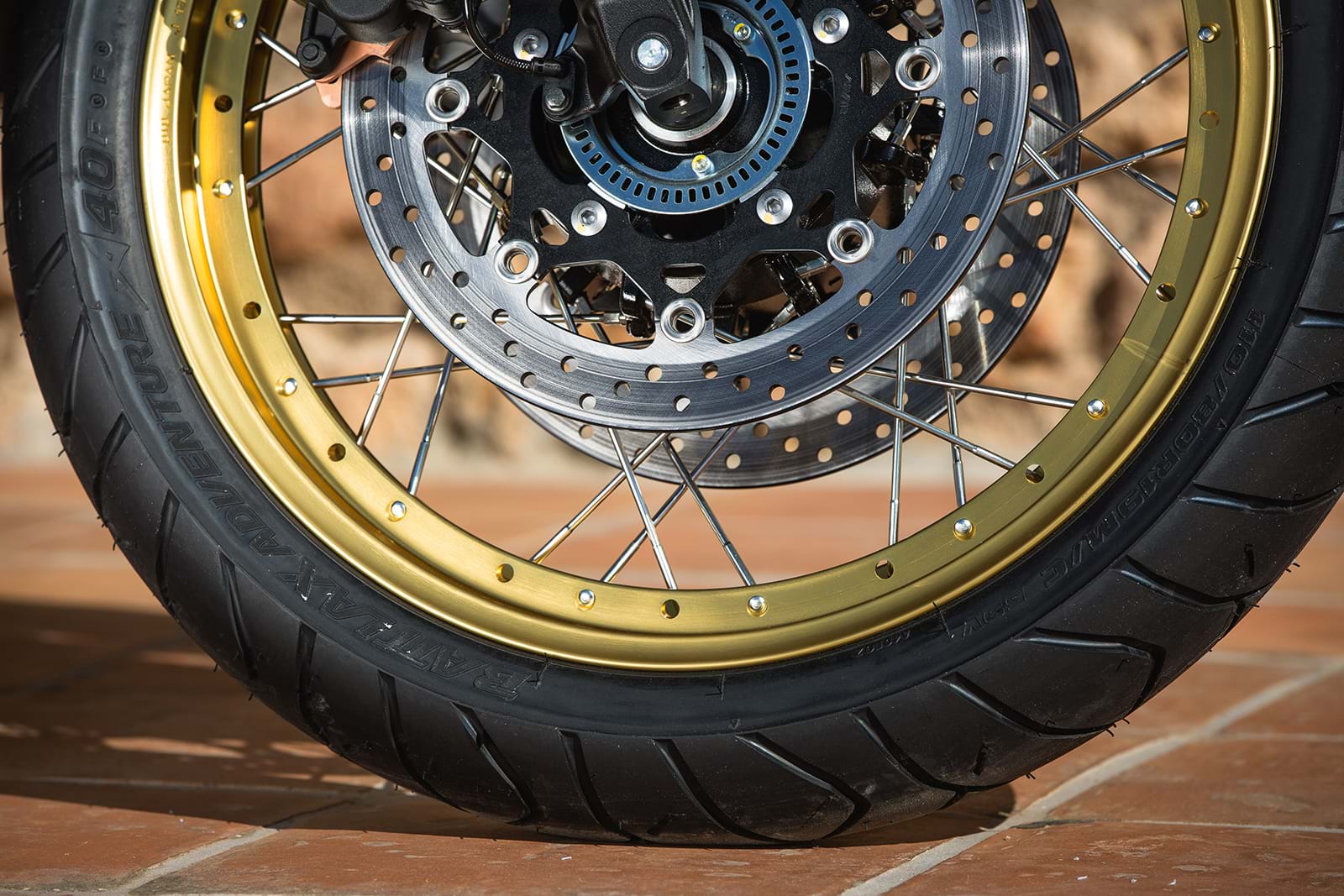 "The first thing most people check and one of the most obvious things to check before riding again is the tyres. Always check the tyre tread for damage and remove any foreign objects caught in the tread with a blunt instrument, such as a small flat blade screw driver. Small stones for example, if left in the tread can eventually cause a puncture, so removing them can help prevent future problems. Then of course, adjust the tyre pressures to the recommended settings as they will have dropped." 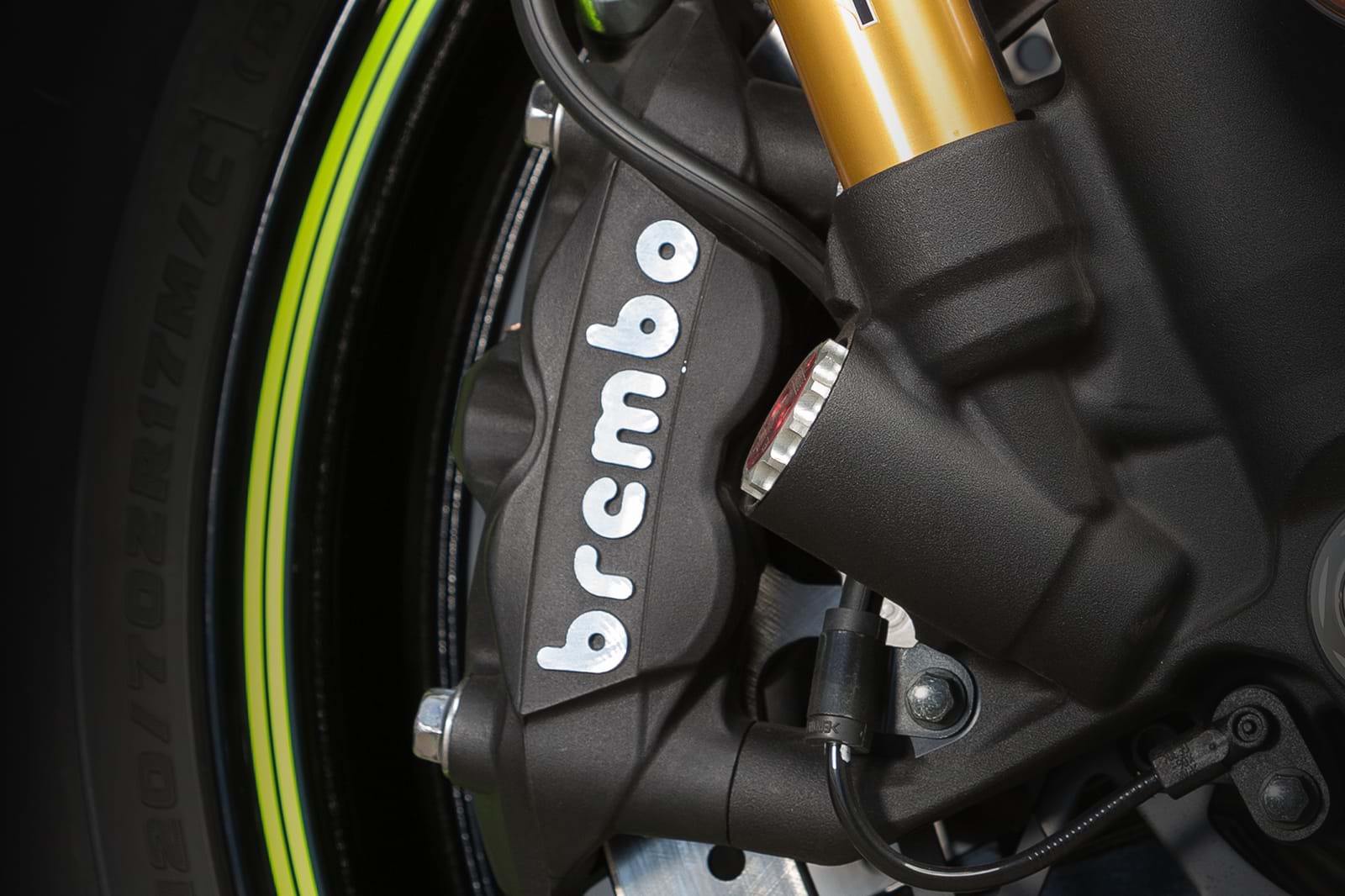 "First, visually inspect the brake pads for excessive wear or corrosion. On most modern bikes, enough of the pads can be seen to carry out a simple inspection without removing any components.

"An excessively low brake fluid level is a good indication of either brake pads being excessively worn or at worst, a fluid leak. If the fluid is low in either reservoir, thoroughly inspect all hoses for cracks or any sign of moisture around the fittings and check the pad wear.

"If you're replacing the pads, then it is often not necessary to top up the fluid. When pushing the pistons back to accommodate the new, thicker pads, it will replenish the fluid in the reservoir. But it's always best to recheck the fluid level after the pads have been replaced.

"Another thing to look out for is a light layer of rust on brake discs. If the brakes were damp when the bike was stored a thin layer of rust can build up on the discs. This is not necessarily a problem if only light, simply ride the bike at a sensible speed on a quiet road, gently applying the brakes on and off to clear the rust film from the disc surface." 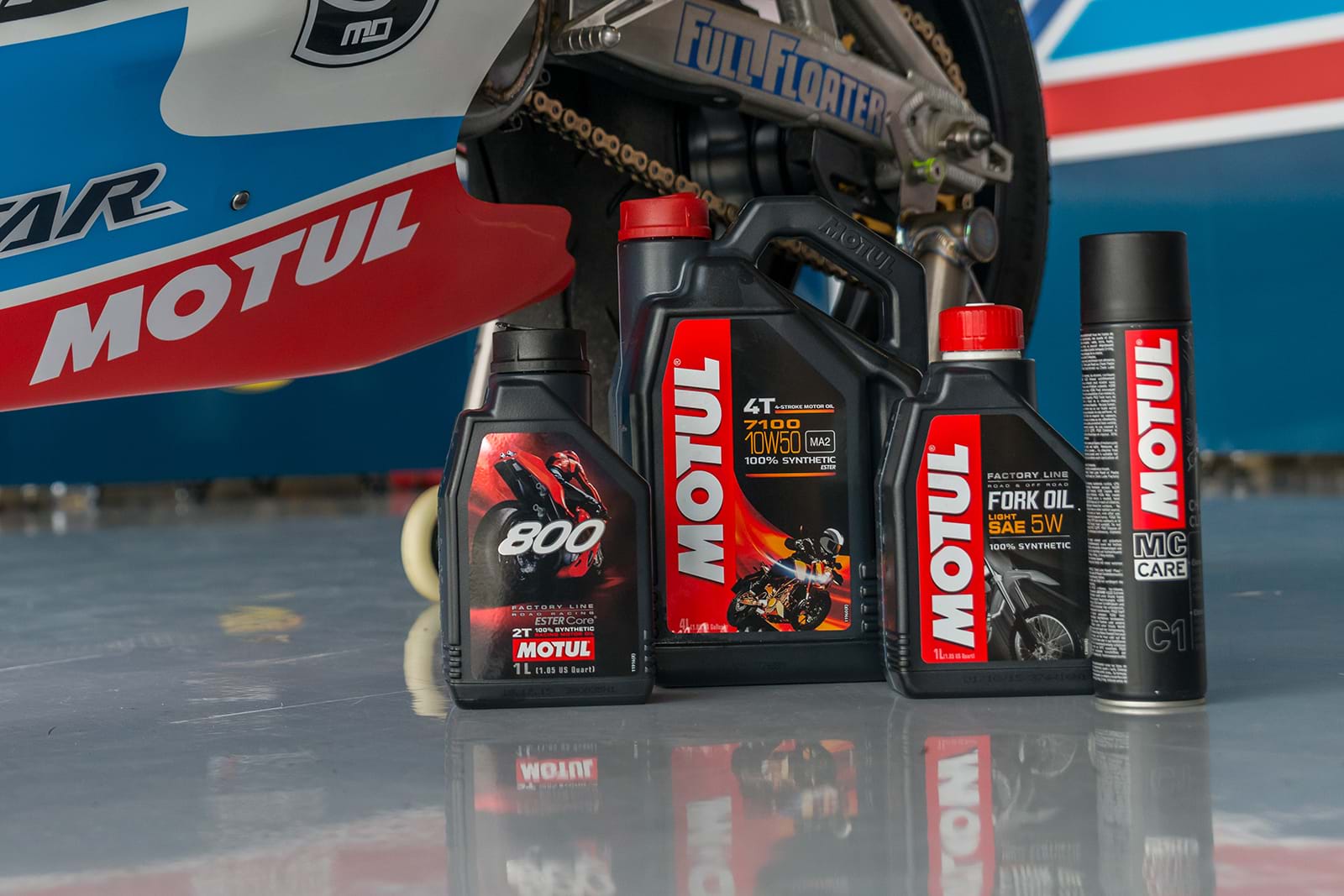 "If the bike has been stored and unused for a long period of time nearly all the oil will drain into the sump, resulting in an unusually high oil level. It is a good idea to run the bike to operating temperature if the bike has been stored for some time and then switch off the engine and allow the oil to settle for 10-15 minutes before checking the level. If you run the bike first the oil will return to the oil galleries and the level will be more accurately read.

"The oil level on nearly all bikes is checked with the machine held upright. Machines without a centre stand can be difficult to gauge when the bike is upright. If you don’t possess a paddock stand an easy way to determine this is to hold the bike by the handlebar when you need very little effort to hold the bike upright, when it is almost balanced on its own. This makes it easier to check. But if you have someone who can help and hold the bike while you check the oil level, then even better." 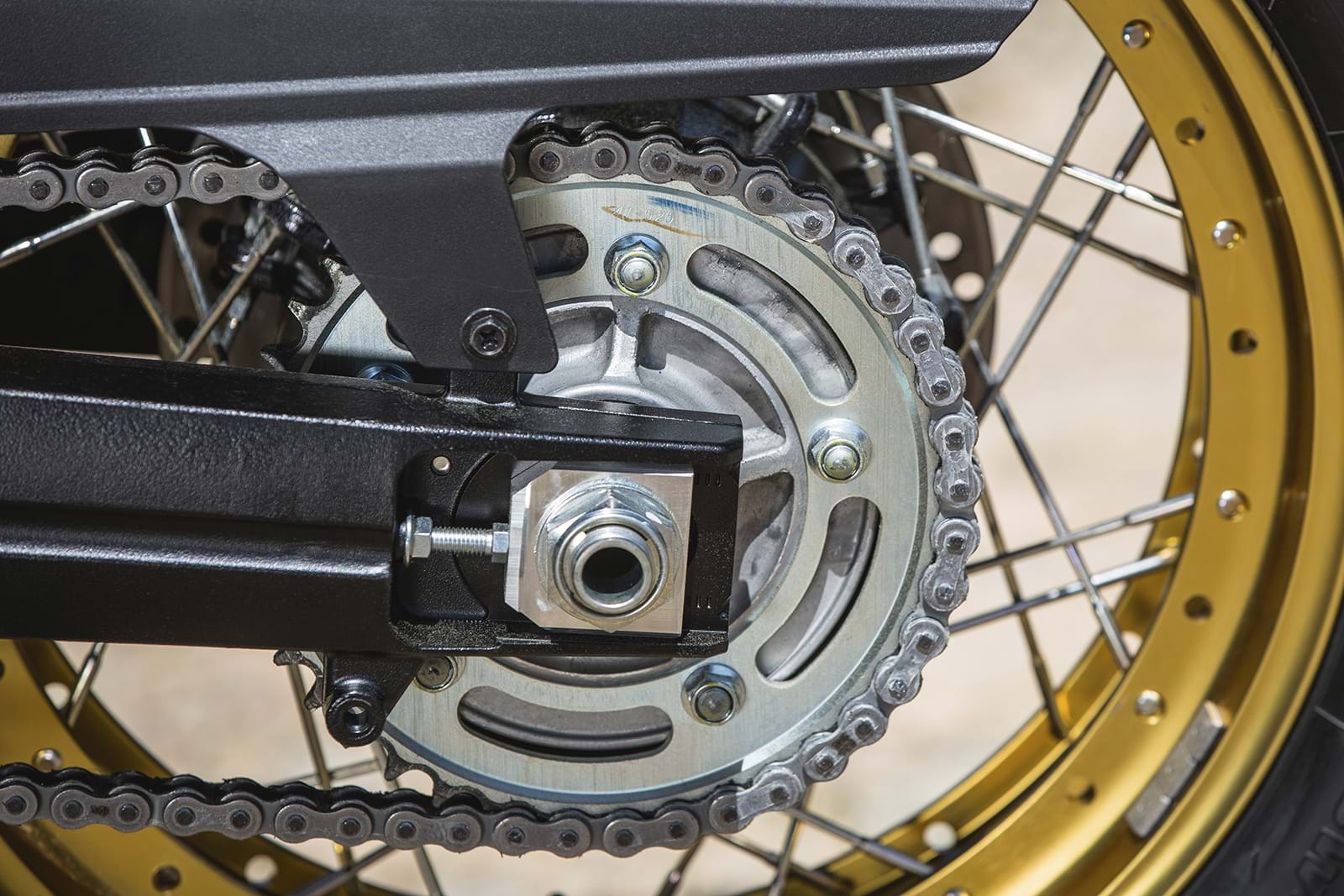 "After the bike's been standing for a while make sure you always adjust and lubricate the drive chain, then check it for tight spots and carry out a visual check on the chain's side plates and rivets. Slowly revolve the rear wheel while keeping an eye on the chain. This can be done on a paddock stand, or if you don't have one, ask someone to slowly push the bike while you study the chain.

"Any change from one side plate or rivet from another will be surprisingly easily visible, so you don’t need to closely inspect each section. If a tight link is found it may free off once it is lubricated and ridden, but make sure you recheck it regularly. and if it doesn’t free off, consider having the chain replaced. And of course, if you're unsure, it's worth speaking to your local Suzuki dealer." 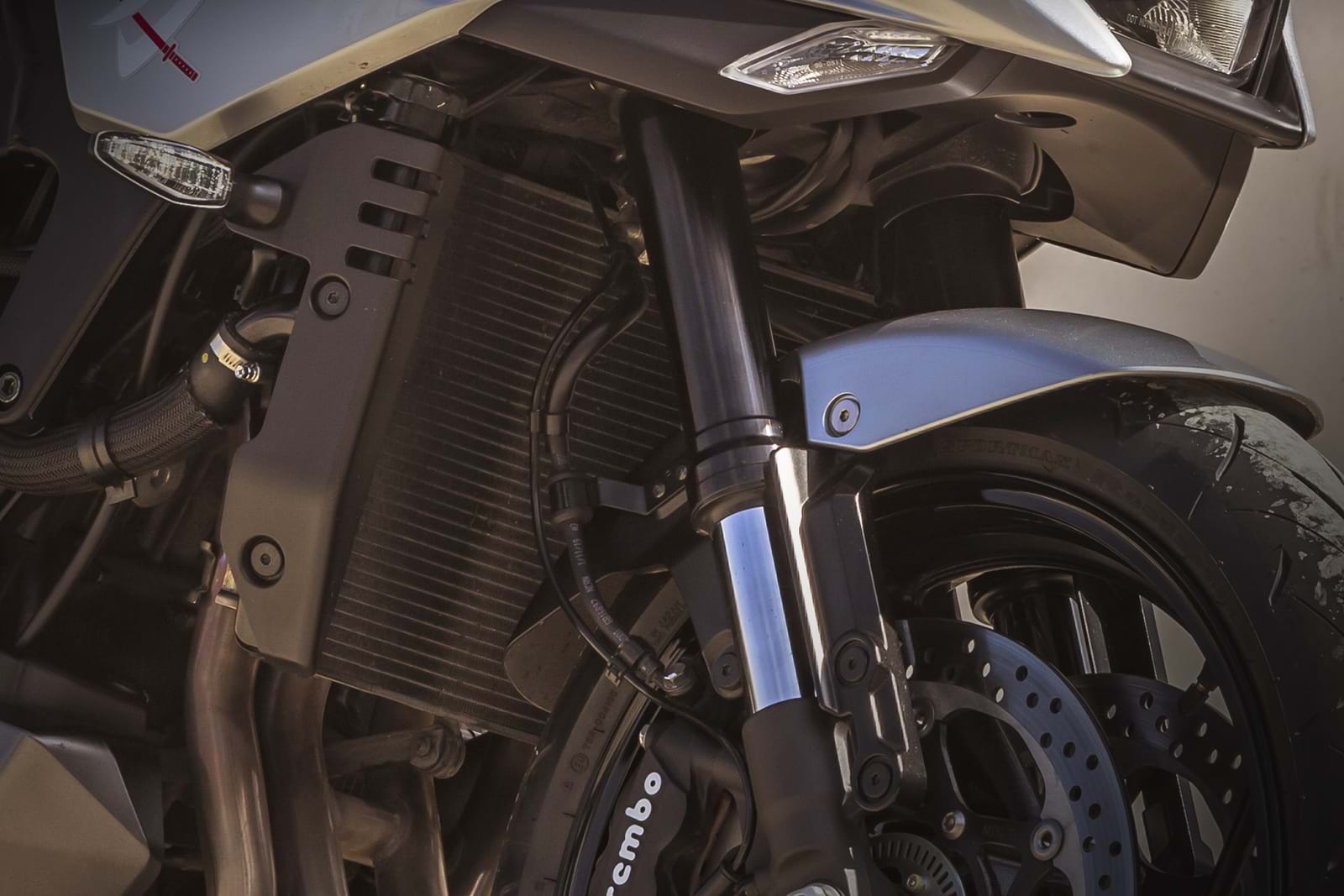 "Start by locating the header tank and ensure the fluid level is between the higher and lower marks, then check the rest of the cooling system including hoses and radiator for leaks. If stored a prolonged period of time and not maintained, occasionally corrosion of the radiator matrix can cause a leak. What might appear to be a small seep will become quite a major leak once the engine is warmed and the system has pressurised so don’t ignore any evidence of coolant leakage. These can can usually be detected easily by a bright green or blue residue around the affected area."

"After storage it’s a good idea to check your battery condition and ensure the terminals are tight and free from corrosion. I always charge the battery even if the battery still shows plenty of life in it. A fully charged battery gets you off to a good start plus the process of charging will usually show up any potential problems developing of a dying battery." 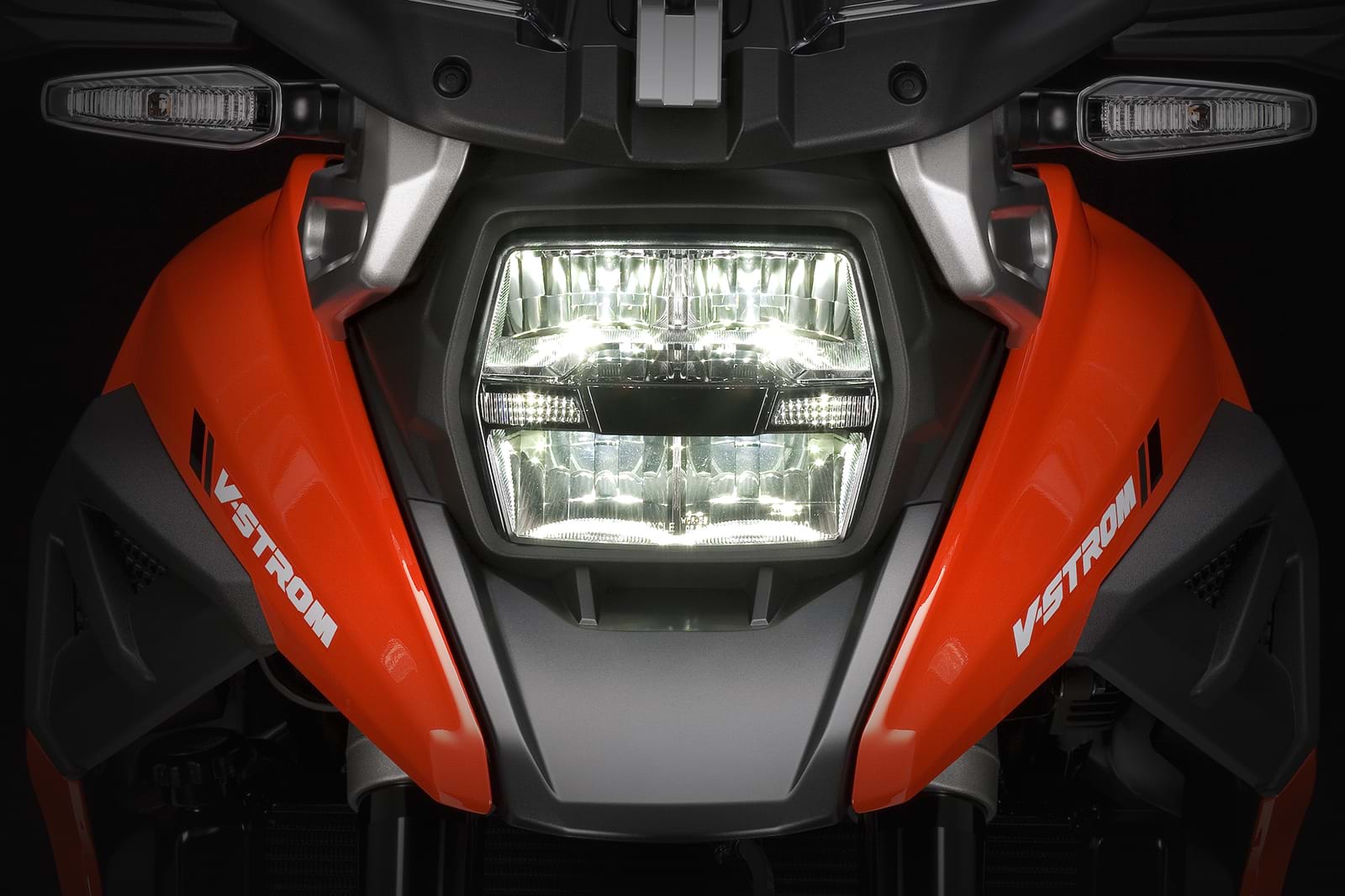 "Finally I always check the operation of all lights and the horn and other electronics. Pay particular attention to the brake light. Apart from the obvious safety aspect of this light's function, during storage the stop light switches can suffer from corrosion if road dirt drying around the moving parts causes the switch to stick. If this is found to be the case, a small spray of WD40 or similar should free off the switch." 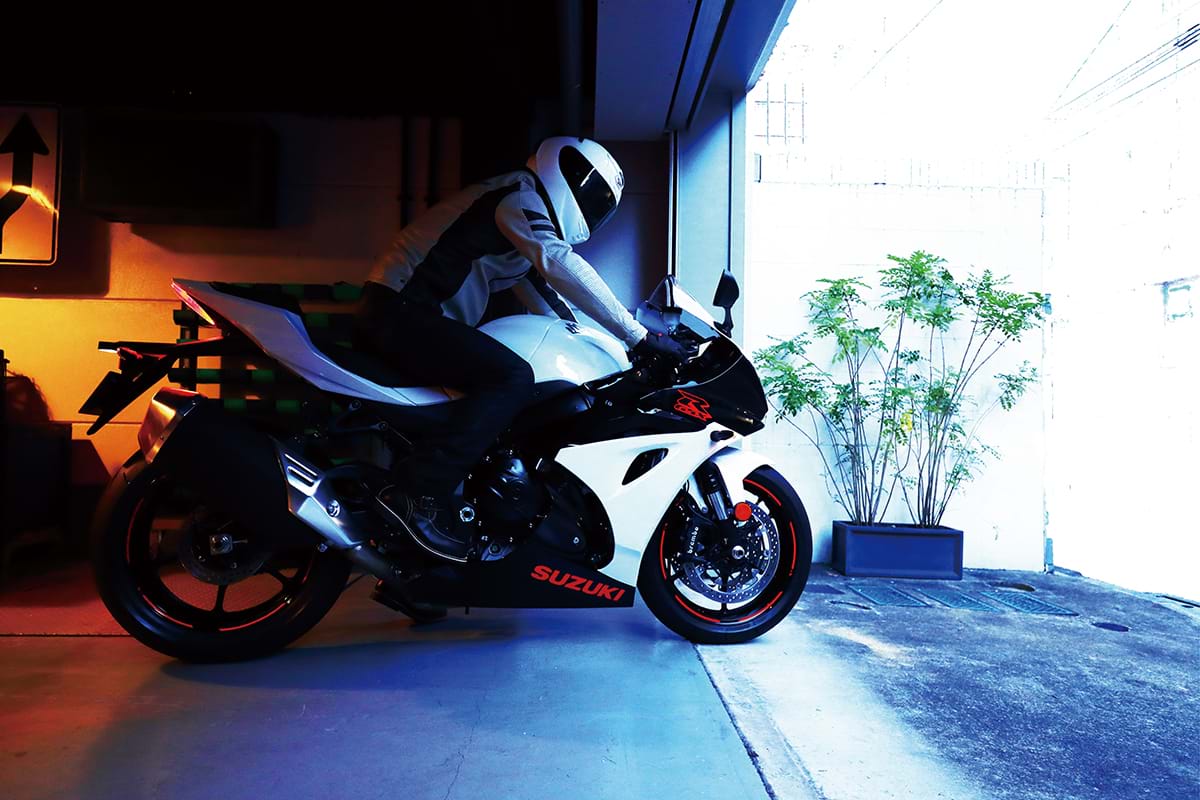 "The other thing to get right is yourself! If you've been out of the saddle for a while, it can take a little bit of time to recalibrate the brain and get your eye in. So make sure you warm up to it!”