A drama-filled French Grand Prix at Le Mans saw Alex Rins crash out of the fight for the win, while it was damage limitation for teammate Joan Mir.

Rins made a solid start to the wet and cold race and battled through the top-10 to fourth. From there he set about catching the leading trio, some four seconds up the road.

After bridging the gap an audacious move saw him go from fourth to second in one go, and the Spaniard had a move the lead in his sights. 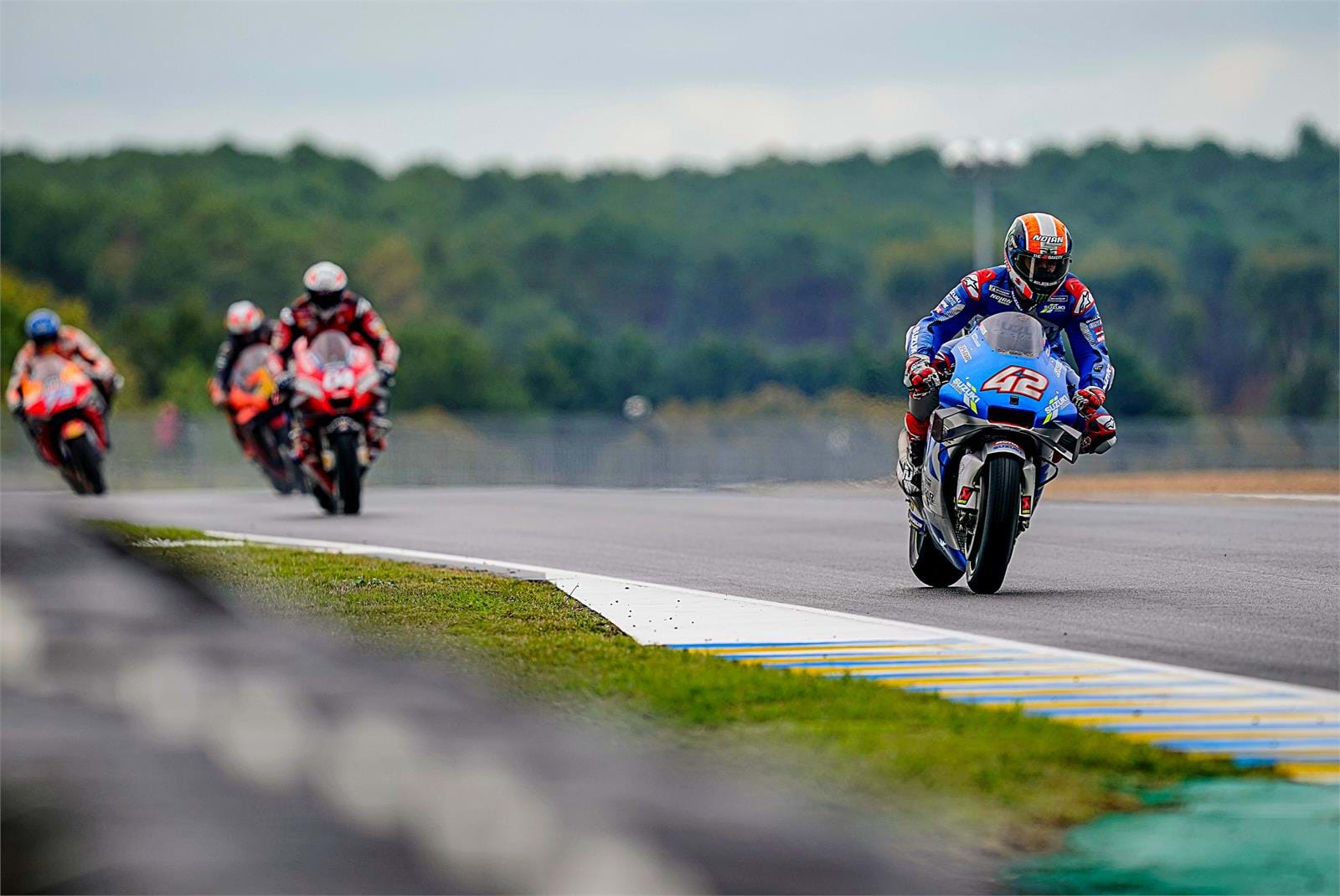 Out of the title fight by his own admission, after injuries sustained in the early part of the season, Rins was only interested in victory, but the cold left-hander at the Dunlop chicane on lap 18 ended his charge from 16th on the grid.

He said, "It was unfortunate to have the crash, but I’m actually feeling okay because there were a lot of positives; I managed the pressure of the race delay and the bad grid position, and I felt very comfortable on the bike.

"I recovered a lot of positions and a lot of time and I was feeling good up with the leading group. I did a double overtake on the Ducatis and it felt incredible! But in the end I had a crash and couldn’t get the podium. Anyway, Aragon is like another home race for me so I’m happy to go there and I hope for a better qualifying." 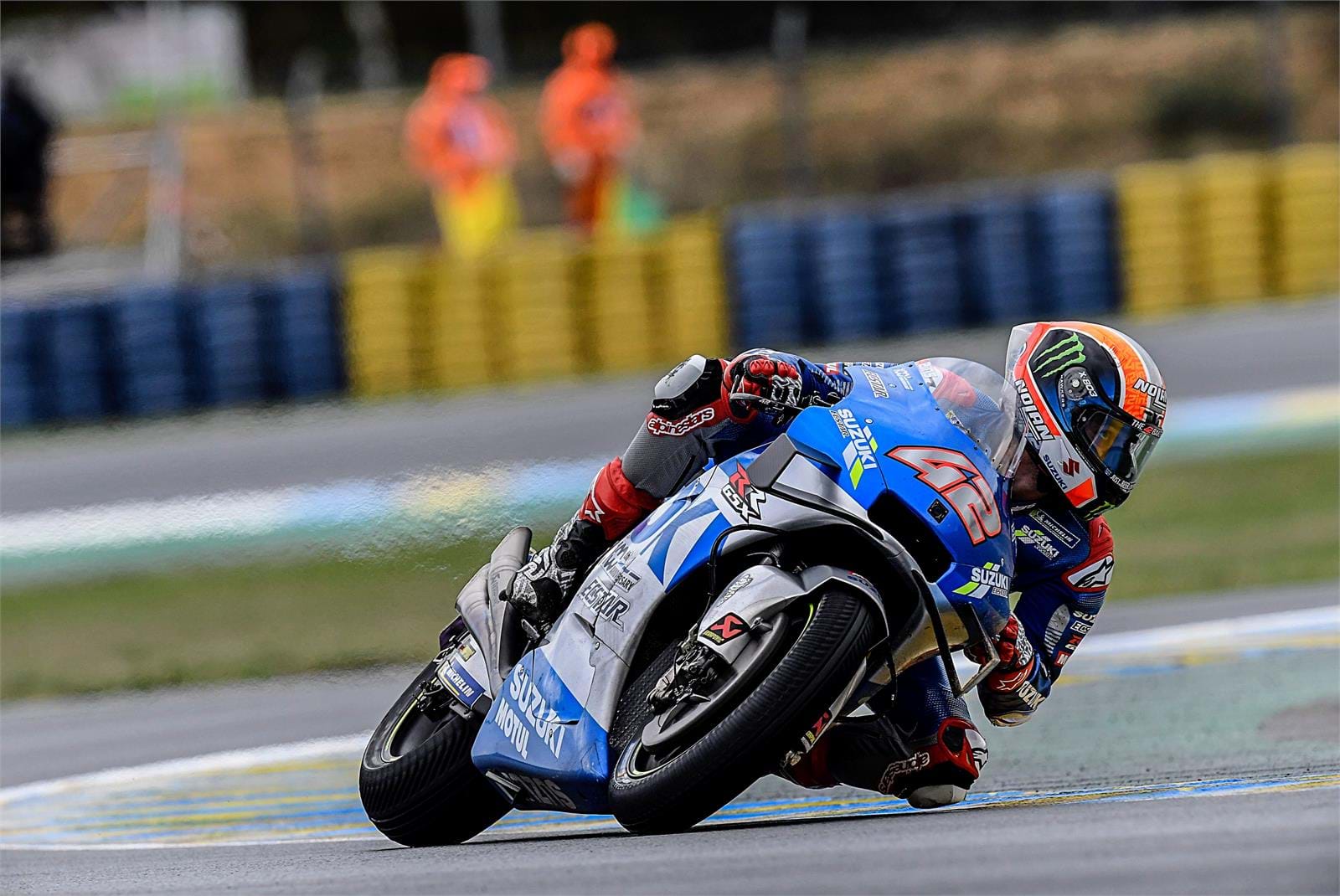 By contrast his teammate and MotoGP title-contender Joan Mir had a torrid time in the early stages of the race, dropping well outside of the points to 20th after dodging a fallen Valentino Rossi.

However, the former Moto3 world champion was taking part in his first ever wet race aboard a MotoGP machine, and as the laps ticked by his confidence and speed grew. In the closing stages he was battling title rivals Fabio Quartararo and Maverick Viñales for ninth.

He took the chequered flag in 11th, but remains second in the championship standings, 10 points off the lead. 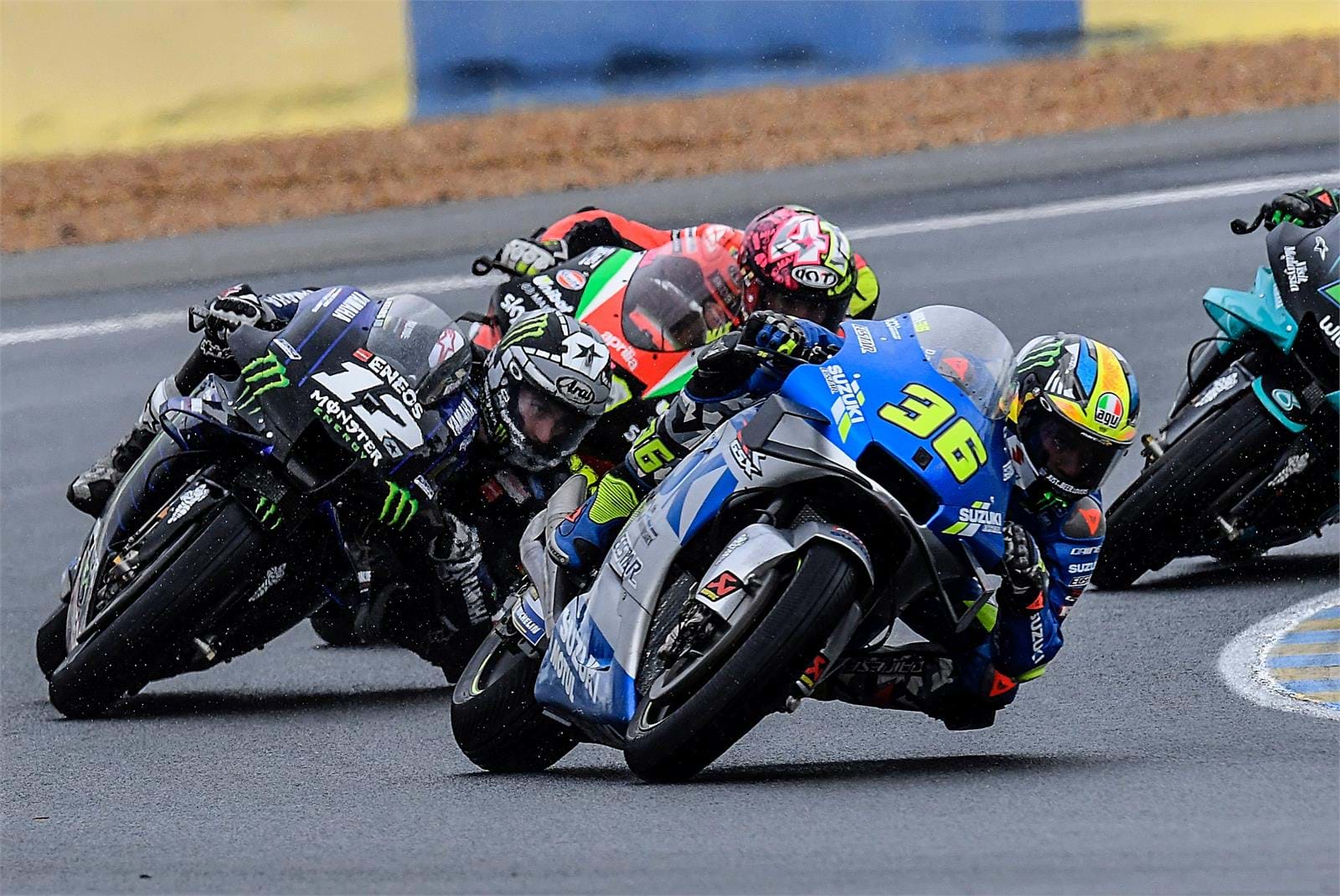 Mir commented, "I lost a lot of time at the start of the race where I avoided the crash [for Rossi] and then I began struggling a lot for grip. After that I started to get into a rhythm and I was feeling really good with the bike despite the conditions.

"By then it was too late to catch up to the front riders but it was a nice race to try and get the maximum points, so I’m happy about that. I was ninth heading into the last chicane but then I lost the ideal line when Fabio [Quartararo] did an overtake and sent me wide, but this is racing. I’m hoping to get a strong result next weekend in Aragon."

Team manager Davide Brivio said, "We have to be pleased with how our riders reacted to such a difficult race. It was a real pity for Alex as he had a great recovery from 16th place and he was fighting for the win. But unfortunately he crashed, which is very easy to do in these conditions.

"Joan did a good race, especially as he doesn’t have experience in the rain in the MotoGP class, he learned a lot today and he managed to get some decent points at the end. Overall, today showed a lot of promise so we actually leave Le Mans in good spirits despite the crash. We like Aragon as a track, and we’re looking forward to next weekend."