Buildbase Suzuki's Richard Cooper opened his account at this year's International North West 200 with a podium in tonight's Turkington Superstock race, which, after dry practice and qualifying sessions earlier in the day, took place laps in cold and wet conditions around the Triangle circuit.

Cooper made a sharp start aboard his GSX-R1000R and slotted into third place, and it didn't take long for the leading trio to break away from the rest of the field. 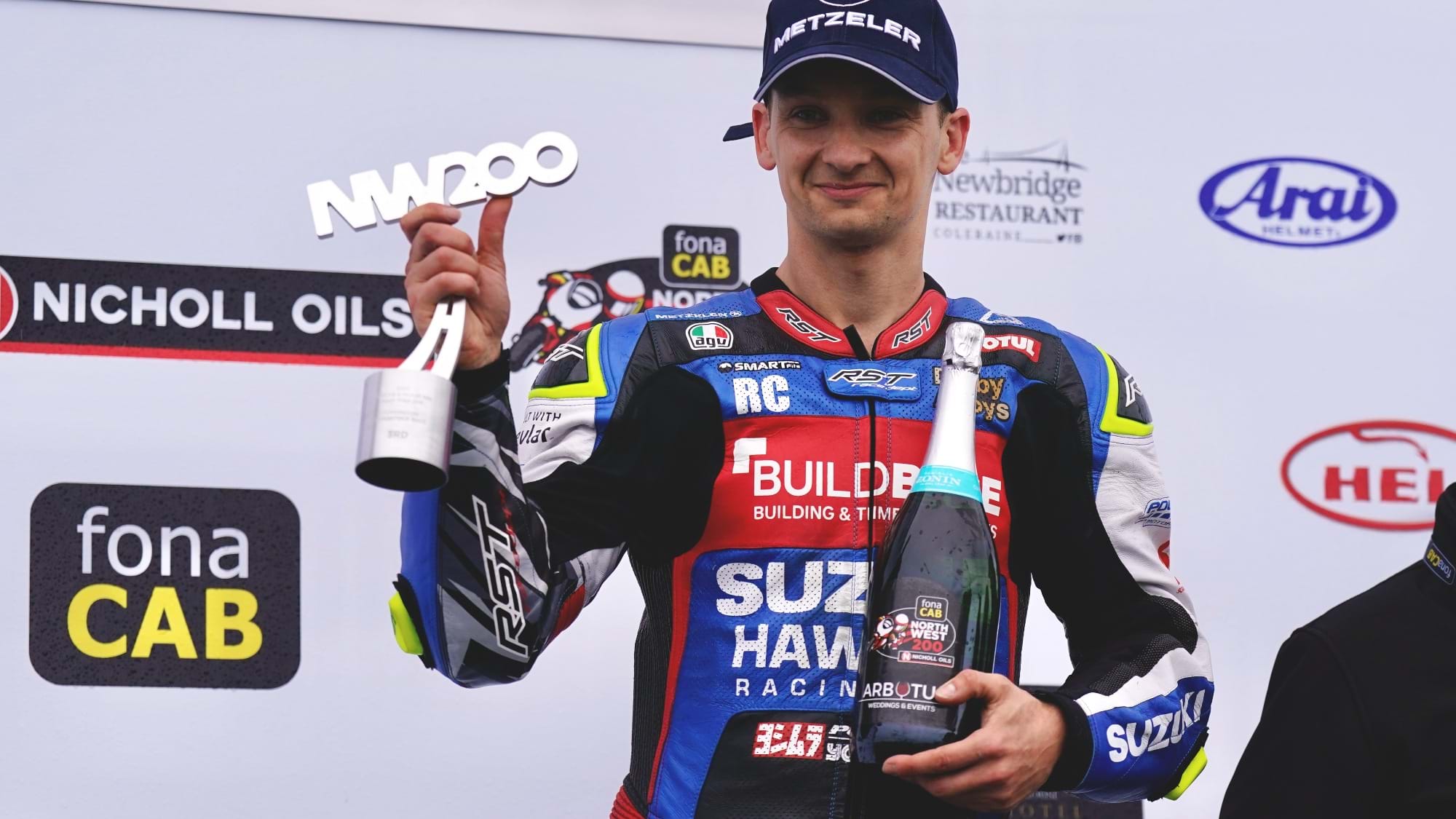 Following a solid opening lap he began putting the pressure on Davey Todd in second place, however, after a couple of mistakes, he settled back down and elected to bring it home in a safe third place to take his second North West 200 podium.

He said, "I've got to be happy. The superstock bike is my favourite bike to ride and it's been going well. It was good to get in behind Alastair [Seeley] and Davey and use them to drag me away from the rest. The conditions were super-tricky but I was feeling good. I thought I could get past Davey and that I might have had better pace, but I got a bit flustered and ran on at one of the chicanes. After that I just calmed myself down and brought it home.

"But I'm happy, and happy for the team. It's great to be in the mix right away. We've got another race on the superstock bike at the weekend, and we've also got good pace on the superbike, so, I'm looking forward to Saturday."