After various media influence and a fair bit of research, paired with a shared love for adventuring with his brother, James and Stephen both had the inspiration to complete the North Coast 500 (NC500). The NC500 is one of the world’s most iconic coastal touring routes; white beaches, mountains, and a bunch of hidden gems.

“The inspiration for the idea behind completing the NC500 came in 2018. I had seen a few moto bloggers online doing it and I had also read about it and I really wanted to do it. So I mentioned it to my brother, Stephen, and he was up for the idea as he also wanted to have a trip up to Apple Cross. So, we planned the trip to fit in around this year’s May bank holiday. The trip in total took us around seven days and around 1500 miles.” Of course, James and Stephen chose to ride V-Stroms for this epic, weeklong adventure:

“My brother used to have a V-Strom 650 about 10 years ago but sold it after a few years and he had regretted his decision ever since! So, he eventually brought another one about three years ago. He went for the 1000 this time-around, it’s an 06 plate but it still runs like new. I decided to buy a brand new V-Strom 650 in 2016 due to my brother’s recommendation. It’s my first ever bike and I love it! It’s brilliant on fuel; I’ve had 285 miles out of one tank! The ride is comfy, and it carried my camping gear and other provisions for seven days without a problem.”

Whilst on the road James and Stephen mostly stayed in their tents on campsites. However, one night, after riding for the best part of a day and losing track of time, they could not locate a campsite. The result was a night where the two had to find a quiet bit of road to wild camp and sleep rough. All part of that adventure life!

That being the trickiest part of the trip, James also shared his highlight:

“At Apple Cross we bumped into another 20 bikers! It turns out they were a group from Yorkshire that started doing the NC500 together many years ago and now do it every year meeting at the same pub and at the same time! So to celebrate, the pub now holds a bonfire and fireworks night for them and we were lucky enough to get there just at the right time, as that was the night they were holding their celebrations. Afterwards, we got invited to the party on the beach, people that we had never met before felt like we had known them years! That was such a memorable part of the trip.” 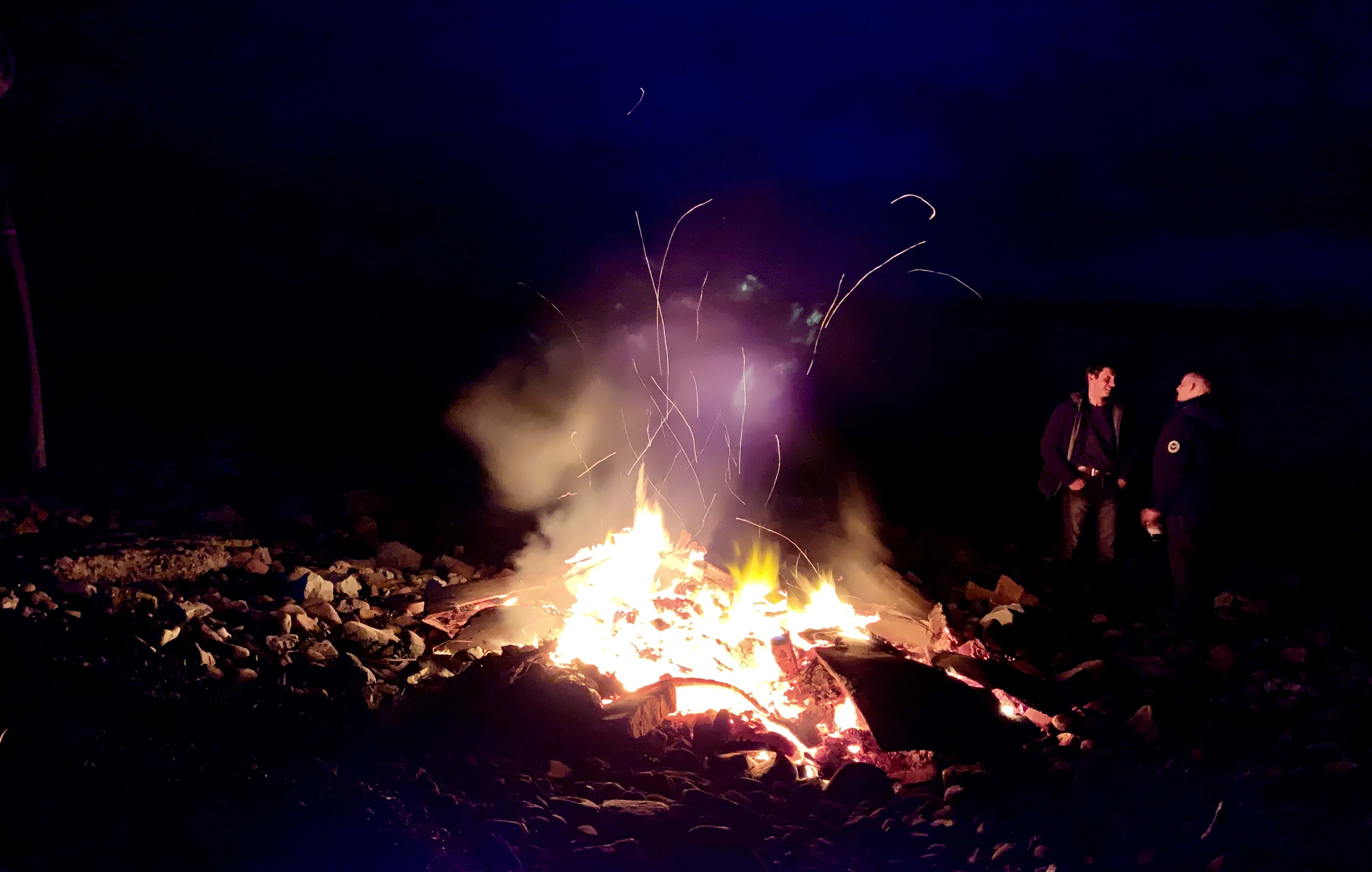 The trip has encouraged the brothers to now plan their next one, they have decided to make it the Isle of Skye, after briefly whetting their appetites on completion of the NC500 and camping at Idrigil. They have assured us that both of the V-Stroms will take pride of place at the top of their inventory lists.