Buildbase Suzuki’s Christian Iddon took a brace of seventh place finishes and set a new Oulton Park PB at the second round of the Bennetts British Superbike Championship, highlighting the ongoing progress the team is making as he continues to adapt to the GSX-R1000R superbike.

Tricky weather and track conditions for qualifying meant a 17th place and sixth row grid spot for Iddon, but a lightning start to race one saw him in 10th at the end of the opening lap. Slotting into the second group he picked up another three positions to take seventh at the flag, less than five seconds off a podium spot. 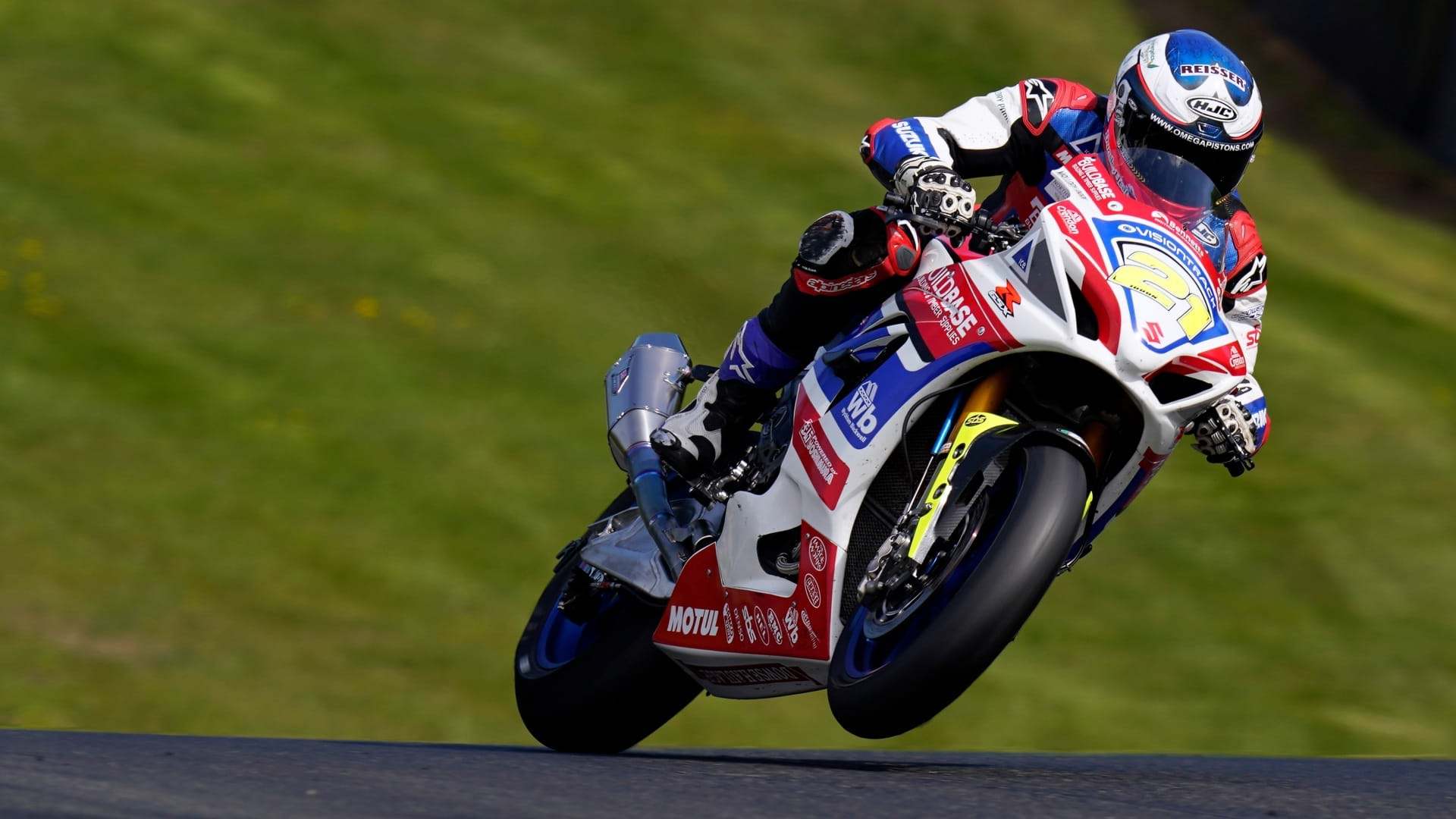 He repeated the result in race two, again embroiled in a battle in the second group, and in race three he was running in sixth place until a snapped footrest hanger caused him to drop down the order. He continued running, and salvaged two points in 14th place. However, there were plenty of positives to take from the weekend’s performances.

He said, "I’m really pleased with how we’ve worked as a team all weekend; there are loads of positives to take and we’ve made real progress. From session to session the team made little changes to the bike and we just kept chipping away and we were fast this weekend. We made life hard for ourselves in qualifying; I’d never ridden the bike on wets and it was a bit of a disaster to start 17th because we had pace. But 17th to seventh was good. I wanted to try and get away with the front group in race two but I didn’t make as much early progress and got a bit baulked on the early laps.

"We were finally with that leading group in race three but we’ll never know if we could have run with them as the footrest hanger snapped. I learned to ride around it and we scraped two points. It’s a real shame and it’s cost us valuable points, but it’s no one’s fault, it’s racing. But we’ve genuinely got lots to take away, and the pace was crazy: I’ve never lapped Oulton Park that fast before. Hopefully we can keep building from here and challenge the front group at Donington."