If you’ve been with us a while you may remember Tim and his wife Sue, who set off of an around-the-world journey on their V-Strom 650 in 2018, taking in 37,000 miles in 14 months, only for it to be cut short after a crash and injuries for the pair of them, And when we last spoke, the bike was still at a police station in Beyneu, Kazakhstan. However, he’s going back for more.

You could forgive Tim and Sue for calling it a day on this trip. After all, they still saw some amazing places, covered some huge miles, and did more riding than many do in a lifetime. You could even forgive them for abandoning the damaged bike in Kazakhstan, considering the costs and effort involved in getting it back. But no. That’s not what they’ve done, and the bike is back in the UK, and after healing up himself, Tim set to work returning his V-Strom to working order.

“It was a shame the trip ended how it did, obviously,” Tim reflects. “We had survived some horrendous roads in India, but had been stuck at the border crossing back into Kazakhstan for over two hours while everyone went to lunch. Then, the road at the border was closed for resurfacing and we were made to ride through sand to reconnect to the road. Where we were to reconnect to the new road the work hadn’t been completed and there was a big drop. The bike went airborne and we were on the road. 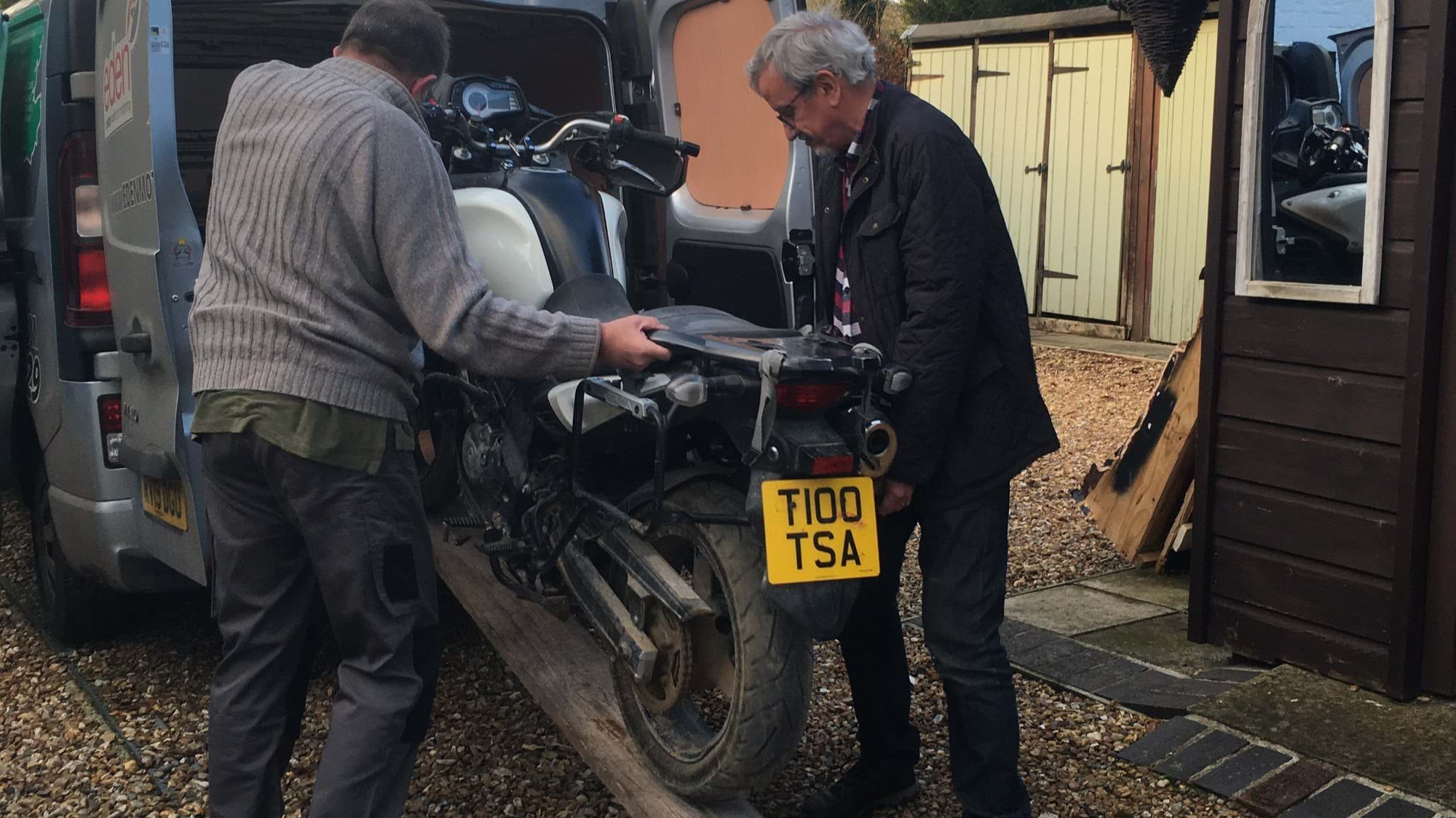 “After a night in the local cottage hospital the staff arranged a five-hour car journey to the main hospital in Aktau where I was told I needed a plate for a broken collarbone. My wife asked them for a letter so we could fly back to the UK, and this involved a 19-hour wait for the connecting flight from Baku in Azerbaijan to Heathrow.

“Eventually, back home, I had a metal plate inserted, and over the next couple of months my punctured lung and six broken ribs healed. My wife had broken her right wrist and it was put in a cast in Kazakhstan, using a plaster of paris cast mixed up on a window sill. This had to be redone in the UK.”

After the bodies healed, attention turned to the bike, and Tim worked to get it brought home, before stripping it down and giving it a good dose of TLC.

“I contacted the Foreign and Commonwealth Office, and the bike was crated-up and flown back to the UK. It took six months and more money than the bike was worth, but I was determined we would not abandon the bike that had taken us from New York, across Canada, around Australia, and through Asia. 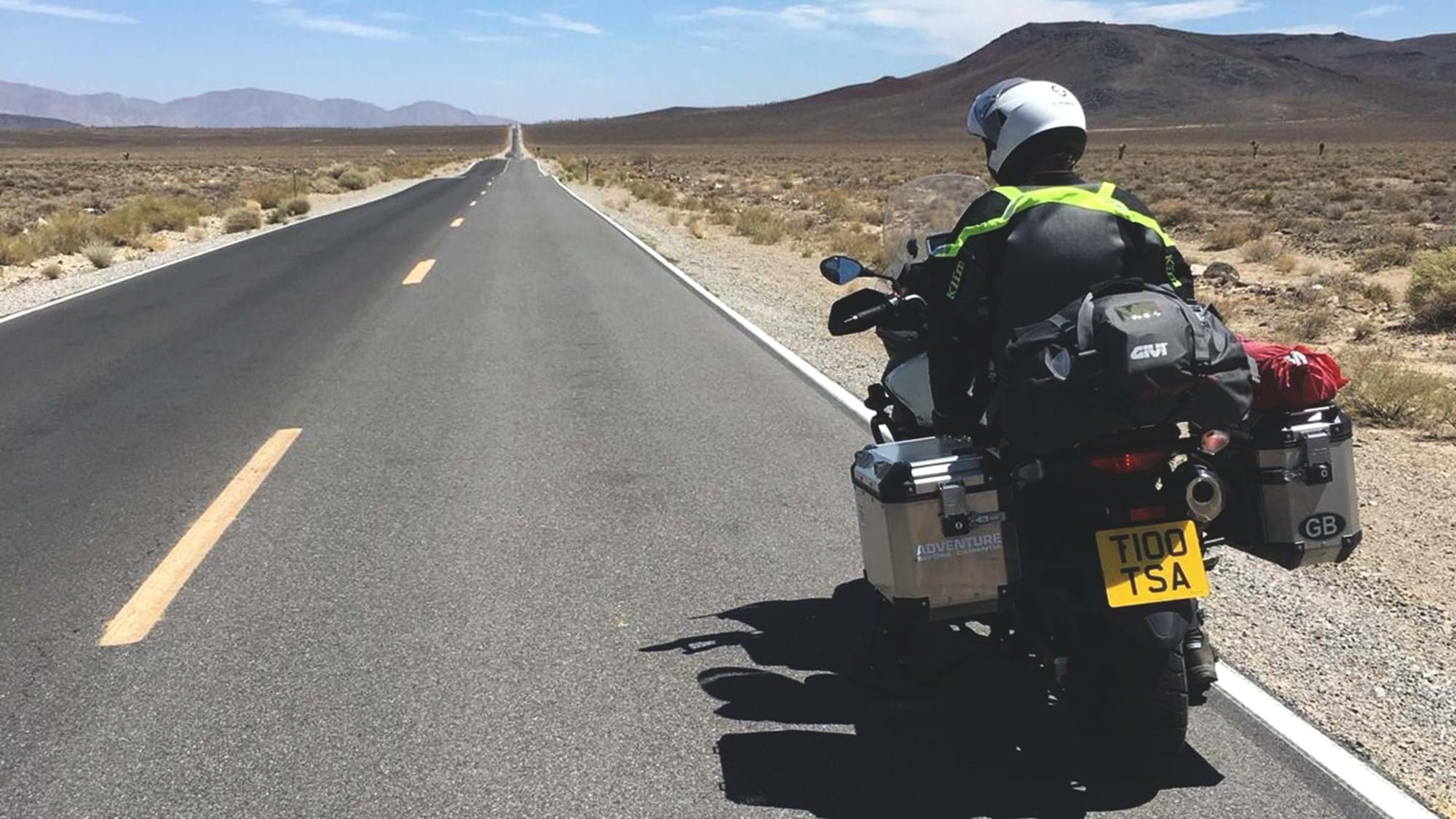 “To be fair the bike looked worse than it was, having had the desert dust baked on. I spent the winter of 2019 stripping the bike and restored some scratched panels. My intention was to return it to its original spec, so I removed the crash bars, bash plate, and aluminium panniers, and one of the panniers had been damaged after a car hit us in India, so I sold off all the bits I could.”

The next couple of years passed as normal, though Tim’s shoulder was a source of constant nagging grief having not healed properly, and he believed his long distance riding days were behind him, until Sue made the suggestion that they should finish the trip they started.

“I was getting older and my shoulder didn’t fully heal so I thought my days of long range riding were over. Then my wife said ‘We should go back and finish this’, having chastised me for selling on the bits I removed.

“I agreed, and so the plan we devised was to fly us and the bike to Baku and to ride the final leg home. The route would take us through Azerbaijan, to Georgia, Turkey, Bulgaria, Kosovo, Montenegro, into Croatia, to Italy, Switzerland, France, and back to the UK. We also intend to visit a couple in Switzerland who befriended Sue when she was at the hotel while I was in the hospital in Beyneu. 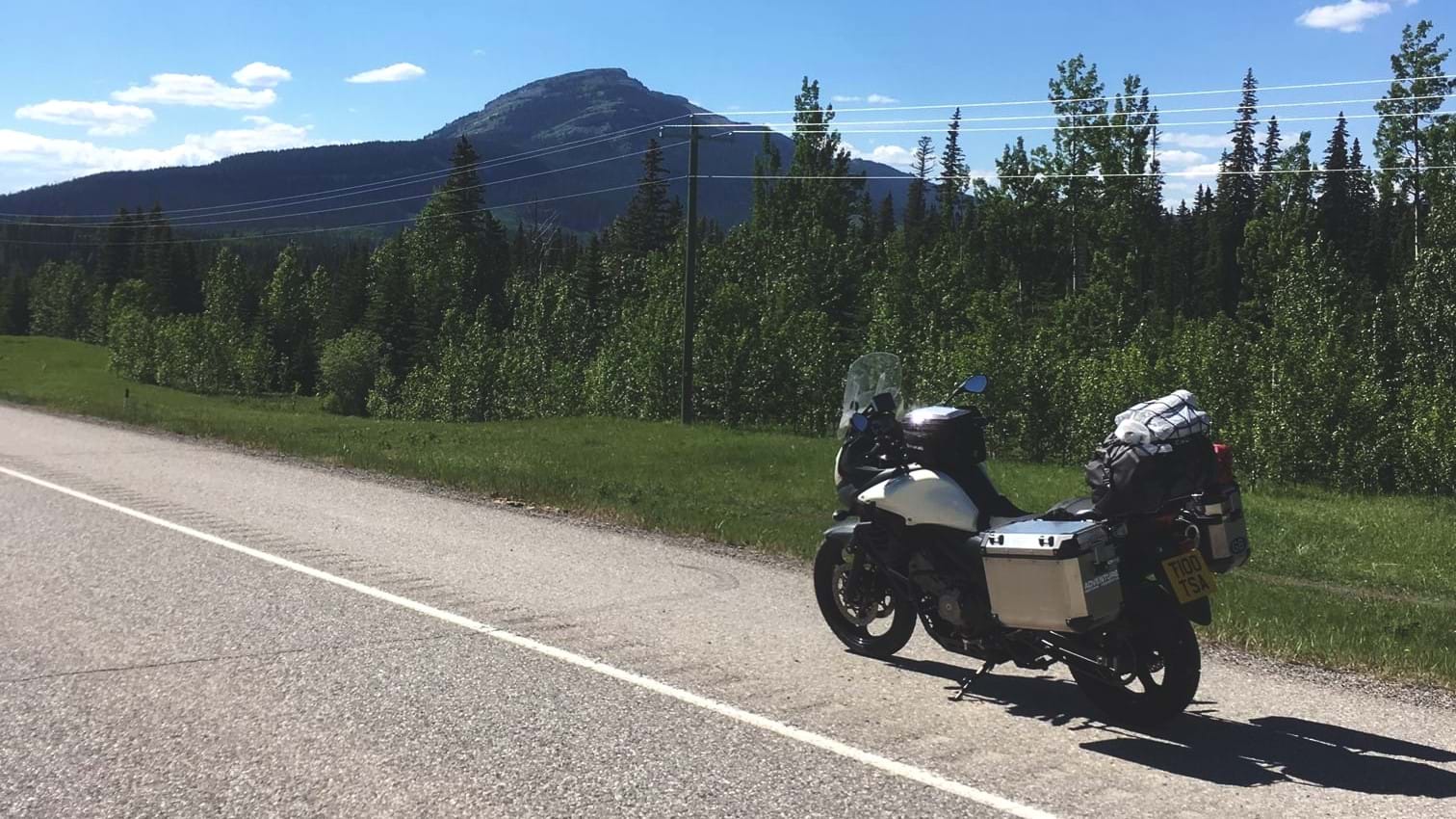 “So, our flights are booked along with our hotel In Baku for June 8. Keen race fans will realise that is the weekend of the F1 race, so that’s another tick on the bucket list. We are expecting it to take six weeks this time. I am now semi-retired so my time is my own. I went back to work after the accident but, like many people, Covid has made us think about what we want to do with the rest of our lives.

“The 16 months spent with my wife turned out to be one of the best things about the whole trip. We had our own tasks and it was great planning where to go next together.

“As before I will have the bike serviced prior to departure at Crescent Suzuki in Bournemouth. I have ridden a lot of bikes from my first - a Suzuki M30 - to heavy tourers when I was a bike dealer. The V strom has turned out to be one of the best: It is comfy two-up, has a range of over 260 miles on a tankful, and is super reliable. It was used most days for nearly a year and a half, it was ridden fast on tarmac and forced its way across mud and stone roads. Every 7,500 miles I would look for a Suzuki dealer to do a service. Nothing went wrong in 38,000 miles and the only parts I carried was an oil filter.”

We’re looking forward to following Tim’s progress, and wish him all the best as he finally completes his round-the-world trip. To read the first part of the story, click here.