Suzuki's world MXGP team has unveiled the machines that it will use to contest this year's world championship season, at a pre-season media event at the team's base in Belgium.

Dubbed the 2018 RM-450WS, the machines will be piloted by the experienced Kevin Strijbos, who will be joined by Lithuanian Arminas Jasikonis, with 2017 set to be his first full year under a factory awning.

The youngster, who stepped in for an injured Ben Townley in 2016, commented, "I am really excited for this new year. The new bike is something special and a lot of people are really going to be excited to see it. This is my first full year as a factory rider, coming from a small country and a small team, so I am really pumped and excited and I think we are going to do well. There is still work to do but I have improved a lot already thanks to Stefan and his program. And I’m excited." 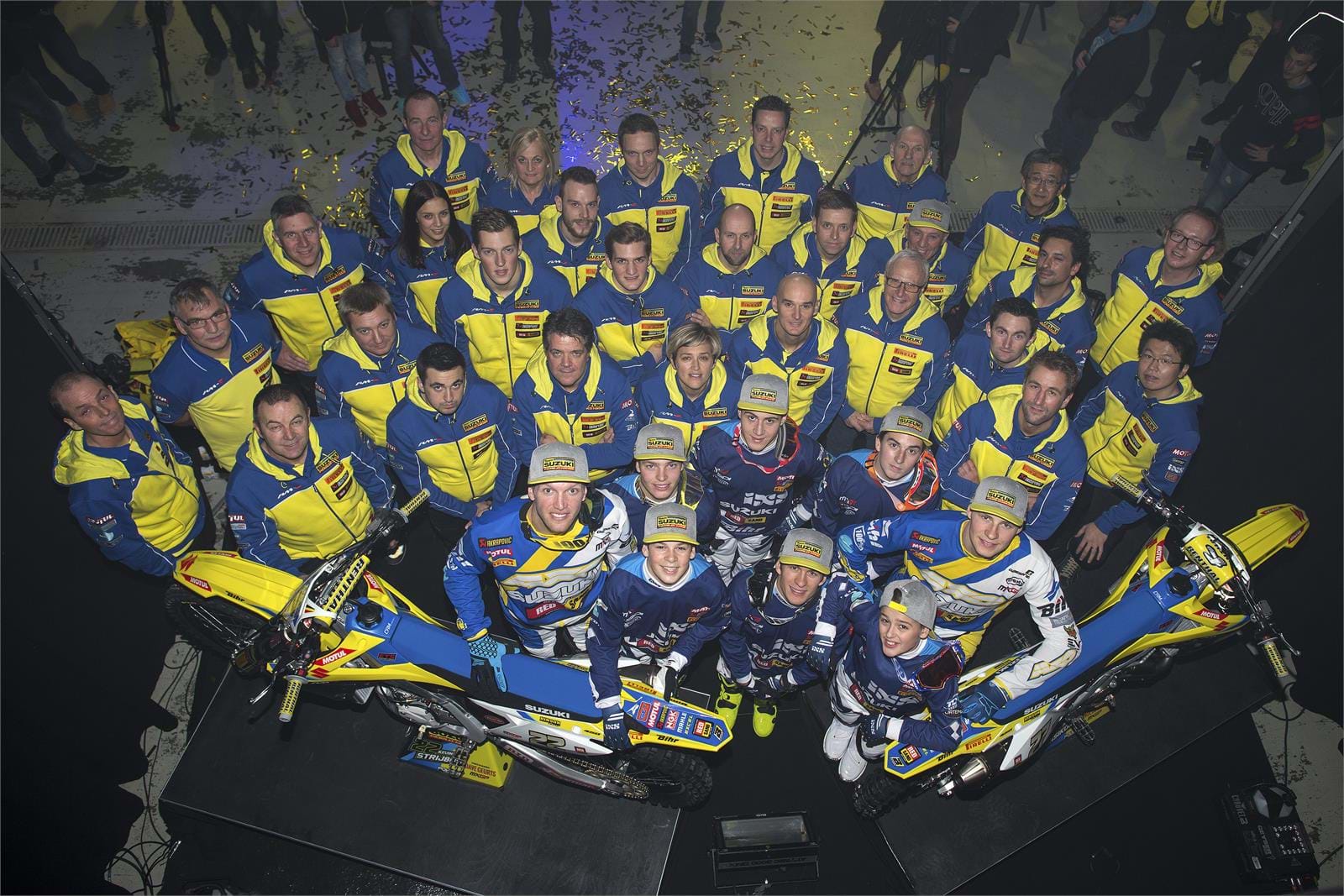 In the MX2 class, a lot is expected from the trio of Jeremy Seewer, Bas Vaessen and Hunter Lawrence as the division is wide open, with many riders still looking to win their first race. Leading the way is 2016 MX2 runner-up Seewer, who will be looking to go one-step higher this year.

A step below on the ladder is newly signed EMX250 rider Zachary Pichon whose father Mickaël Pichon raced for the GRP Suzuki team in the past, successfully winning two world titles for them. Pichon still has a long way to go to emulate his father but his journey begins this year, on what is his first season on four-stroke machinery.

While the current stars are looking good, the Suzuki World team is also excited by the future with Liam Everts and Jett Lawrence joining the squad in the 85cc division. With Liam being son of General Manager Stefan, and Jett being the younger brother of Hunter, there is a real family environment with the team which should stand Suzuki in good stead for many years to come.