Yoshimura SERT has won the 2021 Endurance World Championship title, after finishing third at the season finale; the six-hours of Most in the Czech Republic.

Despite teammates Gregg Black, Xavier Simeon, and Sylvain Guintoli arriving with a comfortable championship lead - having won the 24 hours of Le Mans and the Bol d’Or earlier this season - the trio still needed to deliver a solid performance to take this year’s crown.

Black grabbed the holeshot from third on the grid, and after his first stint handed the reins over in third position. Simeon and Guintoli then put in a series of fast sessions to maintain their position on track - despite a scare for Simeon on dropped oil - finishing third to take the title by 42.5 points. 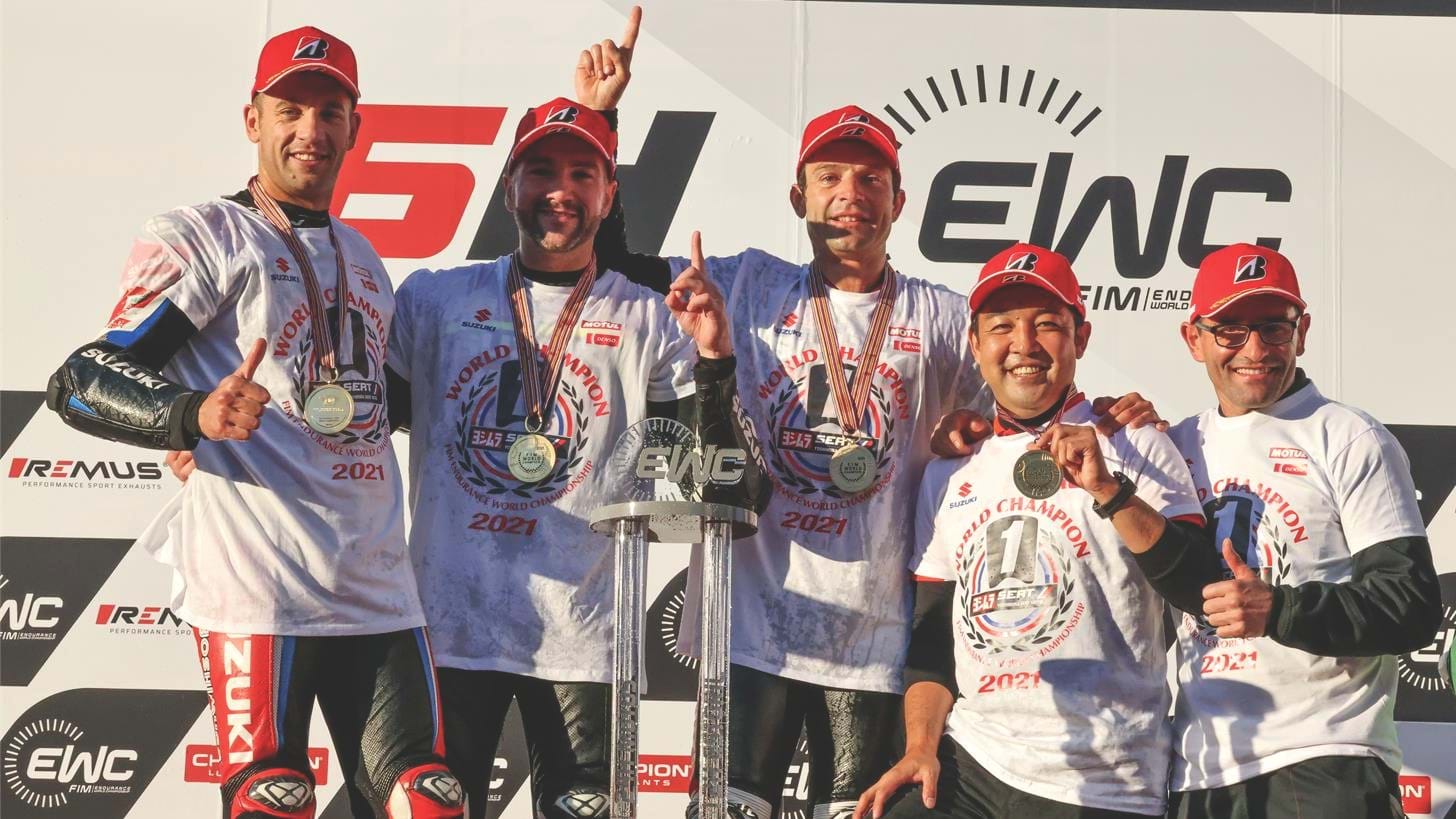 Black said, “SERT has been probably one of the best teams in endurance racing for a long time. The association with Yoshimura has paid off because we have an incredible bike. The team has done a lot of work as well as Yoshimura and it is a pleasure for us to ride the GSX-R.

“The team has also often shown a good racing strategy and that's important because it's not always the fastest on the track who wins the championship. So I am very happy to have worked with Yoshimura and my two new teammates.”

Guintoli said, “This season was like a dream because everything went according to plan. The most incredible thing for me was to win the 24 Heures Motos and the Bol d'Or: two events that I absolutely wanted to win one day. That's why I had the idea to join Yoshimura SERT Motul. This title is fantastic because it rewards all the work done by everyone. We arrived here with the championship in mind but also the will to be on the podium.”

Simeon added, “I had a small scare during the race on oil. Crashing was forbidden in this race and I was lucky to save the bike in extreme circumstances. We had less pressure than at the Bol d'Or where we had to make up the points lost in Estoril. In Most, we could make a careful race which allowed us to win this title which rewards all the team’s work.”