It was a Suzuki podium lockout in Sheffield at the weekend for the penultimate round of the 2017 Arenacross championship, with Cedric Soubeyras taking the overall win on his Team RFX St. Blazey Suzuki, ahead his teammate Angelo Pellegrini and defending champion Thomas Ramette on the SR75 World Team RM-Z450.

Soubeyras’ victory saw him extend his series lead, but with one round to go it’s only a narrow eight-point lead he holds over Pellegrini, with Ramette only a single point further behind.

The night started strongly for Team RFX St. Blazey Suzuki, with Soubeyras and Pellegrini finishing 1-2 in the opening heat race, with SR75 World Team Suzuki’s Cyrille Coulon a strong fourth as he made his return from injury.

Ramette took the win in the second heat race, before Soubeyras made it two heat wins with victory in the third. Pellegrini notched another Team RFX St. Blazey win in the final heat race as Coulon took a podium finish in second. Ramette’s fourth place meant all four Suzuki riders had made it through to the main event. 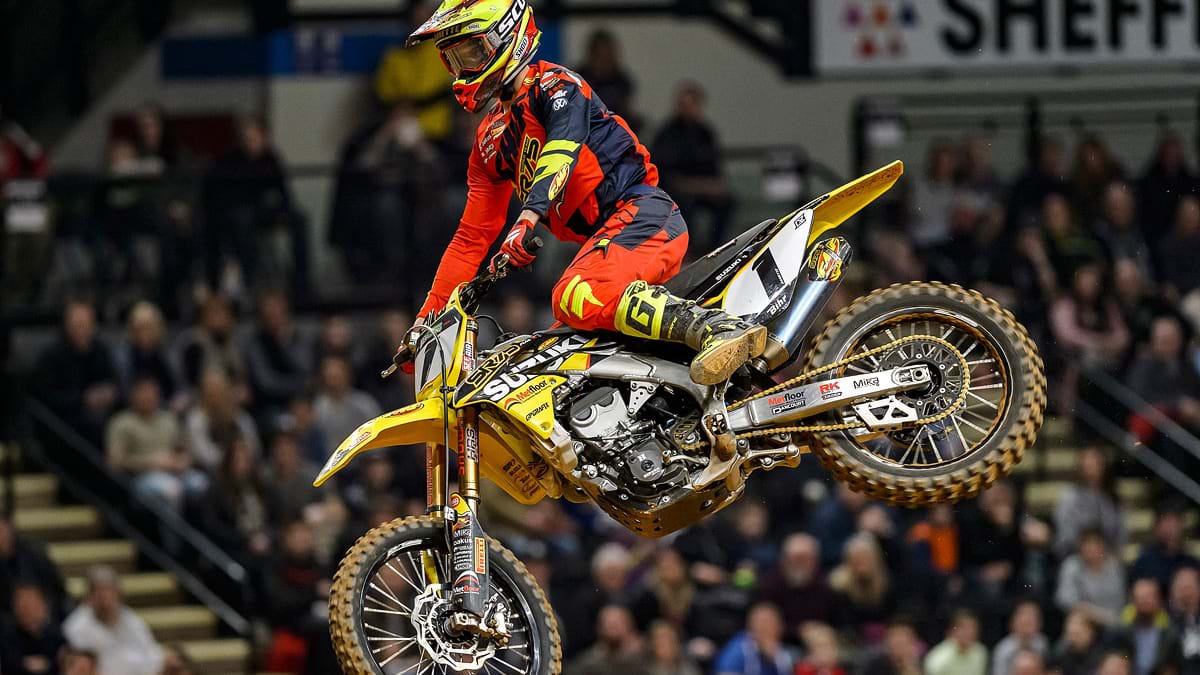 The night’s hot-lap action saw Soubeyras further extend his championship lead with the quickest time around the Sheffield arena, with Ramette second and Pellegrini third, making it three RM-Z450s filling the top three spots on the time sheets.

The RM-Z450’s dominance continued into the main event, where Soubeyras continued his night’s winning streak. He raced to victory, pulling away from a chasing pack. Cyrille Coulon looked good value for a podium before crashing out, leaving Pellegrini and Ramette to race for second and third, the pair ensuring it was an all-Suzuki podium.

The series heads to Wembley on Saturday 18 February for the tour’s finale.