SUPERBIKE AND SUPERSTOCK PODIUMS FOR

Buildbase Suzuki's Richard Cooper today added two superbike podium finishes to his tally at this year's North West 200 - with a best of second place in the main event - after finishing third in Thursday's opening superstock race.

In contrast to Thursday's rain-soaked affair, today's racing took place in glorious sunshine, and in the Anchor Bar Superbike Race - the first of two superbike races to take place today - Cooper brought his GSX-R1000R home in a safe third place. 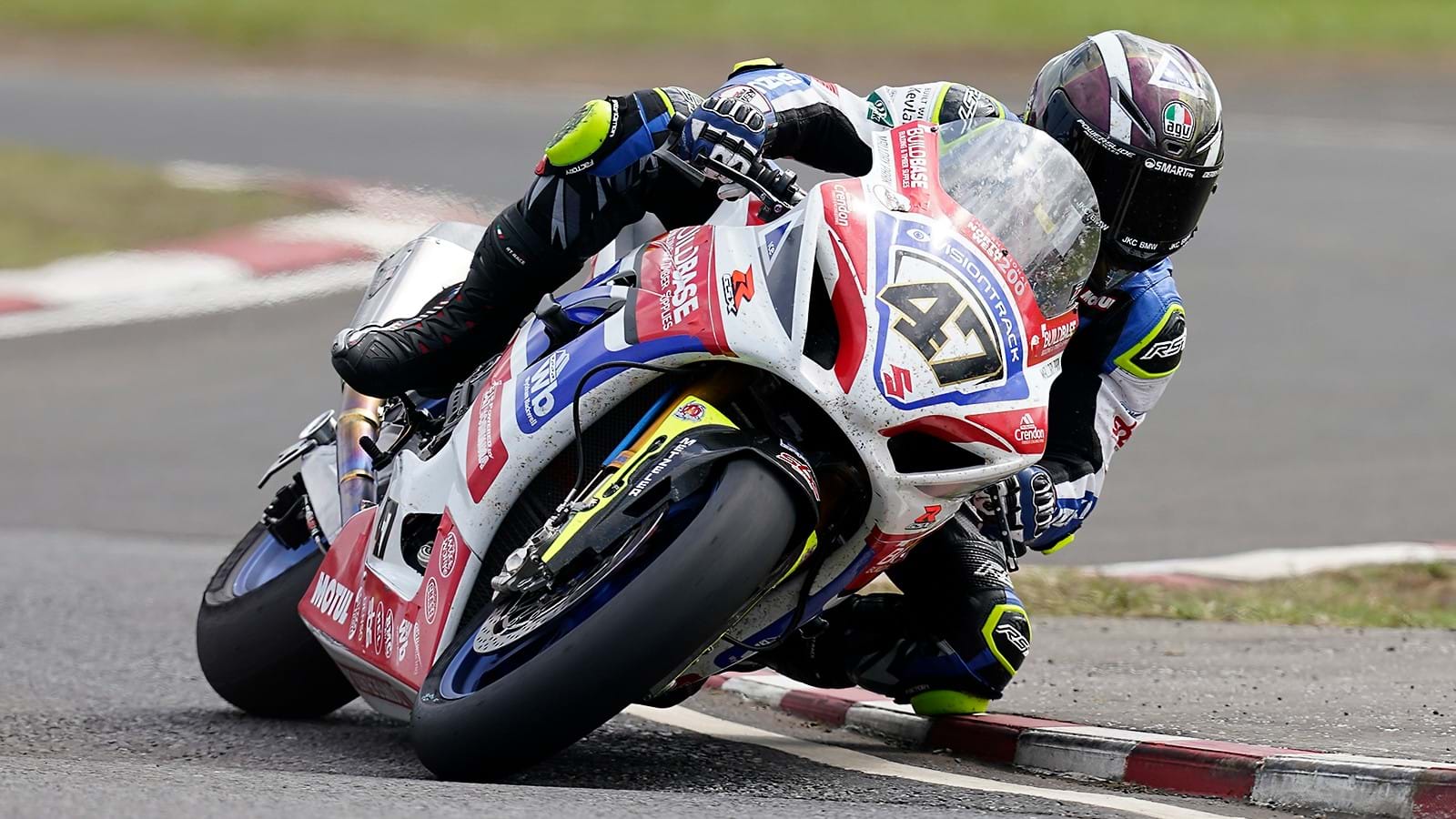 Busy in other classes on a packed day of racing, he elected to miss the second superstock race to focus on the seven-lap Merrow Hotel and Spa Superbike Race. He made a strong start and slotted into second behind Glenn Irwin.

He was able to keep tabs on the race leader, sitting within a second for the opening couple of laps, pulling himself away from the rest of the field. He came home in second to make it a successful podium haul for team and rider.

Cooper said, "I'm delighted with the results this week. After the injury, the team always said that when I'm ready to ride again there will be a bike with a 47 on the front for me, and they've put together two great bikes this week and we've been competitive on both. On the superbike we qualified well and I did the lap on my own, but it's obviously different when racing in a group with the buffeting and slipstreaming. But when Hicky [Peter Hickman] ran on it left me alone in a nice space to do my own thing.

"I was going to be out in five races today so we decided to sit out the superstock race and focus on the second superbike race. I got away with Glenn and used him to pull me away from the rest and then just settled into my own race. But the pace was fast. I set a new lap record at one point only for him to beat it again.

"But I've got to be happy; he and a lot of the other guys ride these bikes week in, week out, and he's won three races in BSB this year. It's not like I'm unfamiliar with the Suzuki superbike but it'd been a couple of years since I'd been on it. So to come away with two podiums and lap at the speed we have, I'm happy, and I'm just going to savour the moment because they don't come along every day.

"I'm really thankful to the team; they've given me this opportunity after a couple of difficult years and it's nice to repay them with some trophies."