SR75 Suzuki's Charles Le Francois will lead the Arenacross Championship points table into the series' double-header at Wembley and tour finalé, after podiums in Birmingham.

The Frenchman bagged three main event podiums and a super final rostrum aboard his RM-Z450 from two nights of action in Birmingham over the weekend. 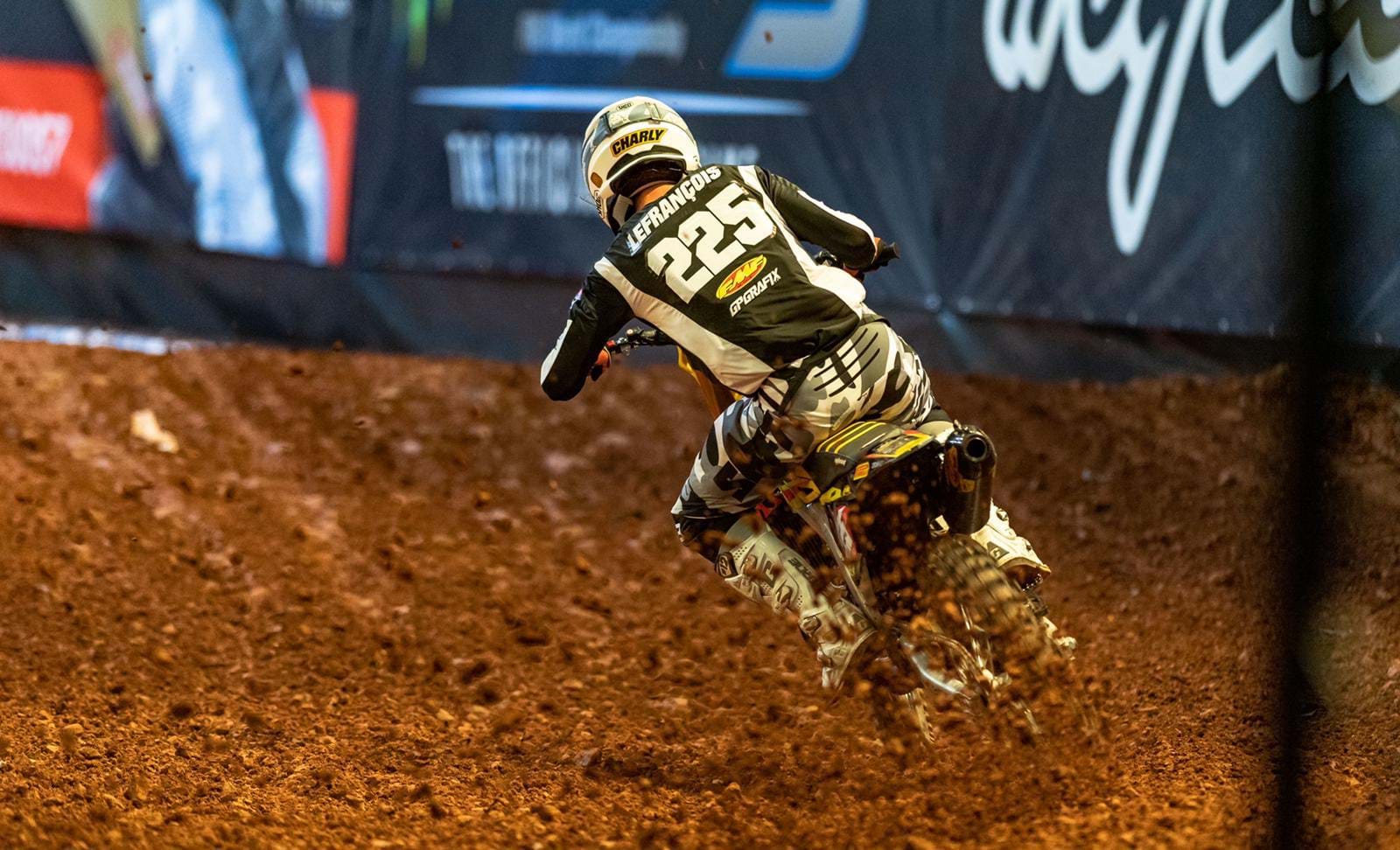 A fourth and a second from the two heats - dubbed main events - on the first night at the Resorts World Arena were followed up with a third in the super final.

Le Francois then took two runner-up finishes from the second night's main events, but narrowly missed out on the top-three in the super final, placing fourth.

However, he holds a seven-point lead going into the final two rounds at Wembley on 21-22 February.