SR75 Suzuki were crowned the 2019 Arenacross team champions at the weekend, securing the title at the series finale in Sheffield on Saturday night.

It was a tense weekend in Steel City, with double points on offer and the championships going down to the wire, with a double-header of racing taking place on Friday and Saturday night.

RM-Z250-mounted Valentin Teillet started the weekend's action in the best way possible, qualifying quickest on Friday. However, there was a twist in the tale when he came down with illness before the night's racing, yet the Frenchman was able to dig in and take second place in the night's first heat.

Sadly it got worse in race two, when he came down hard on lap one after casing the finish line jump, injuring both wrists and ankles, yet he still managed to sneak the runner-up spot by half a second.

His teammate, Charles Lefrancois, on the new RM-Z450 took two second placed finishes in his heat races, but a tough SuperFinal saw the pair finish fourth and fifth, however, they claimed enough points to move SR75 Suzuki within one point of the team championship lead.

Going into the second night of racing and Teillet grabbed a win and a second place in the two 250 races to secure more points for the team. Lefrancois was fourth and fifth but transferred straight to the main event, where he went on to claim sixth. Teillet claimed a podium finish in third, securing the team championship for SR75 Suzuki. 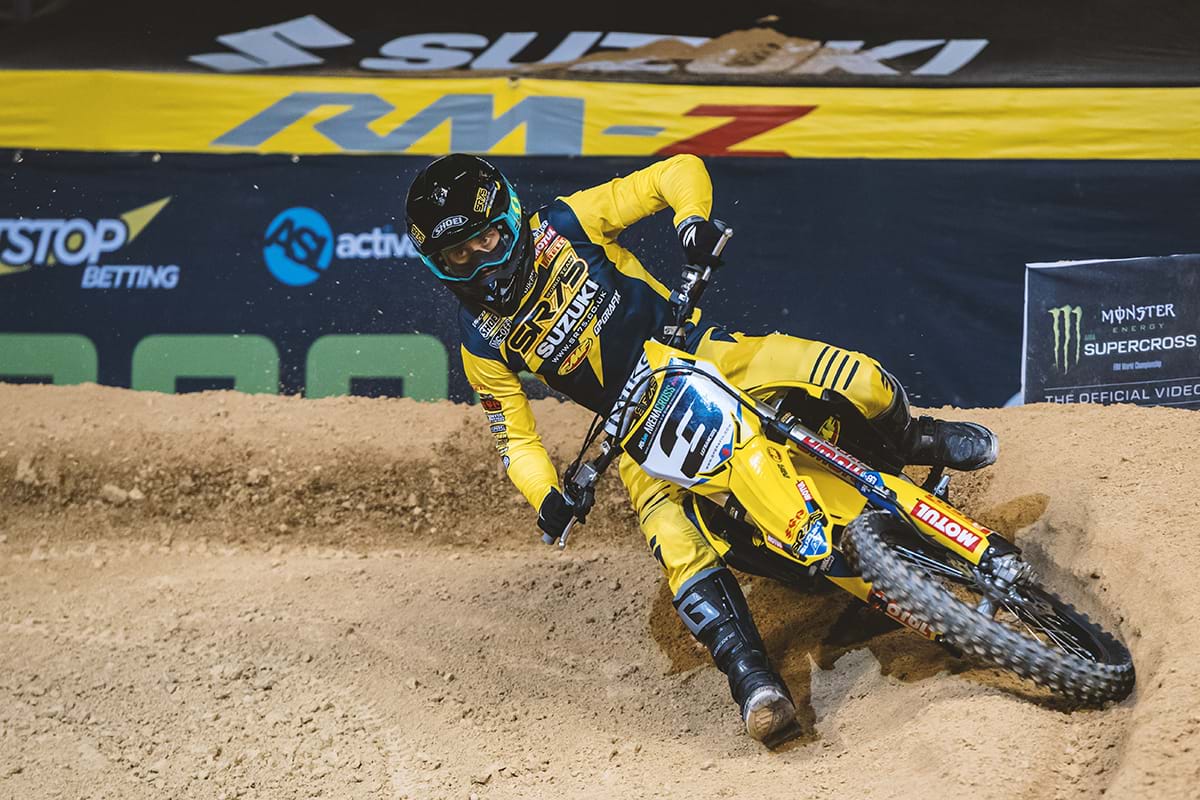 Team manager, Geoff Walker, said afterwards, "It was tough for both guys tonight, physically, but they showed a lot of fight to get the points on the board. To come back from so many points behind in the Pro Team Championship to take victory is insane and I thank both Charles and Valentin for their performances. Everyone in the team never gave up, spirit required to achieve in this tough sport. Thank you also to our team partners."