Charles Le Francois took a top-six finish in Barcelona at the weekend, riding his SR75 Suzuki RM-Z450. The French ace was aiming to carry on his run of form after a successful trip to Germany.

On his RM-Z450, Charles worked on his lines during the qualifying sessions to secure fifth place in his group and seventh overall amongst a collection of the top SX riders and point-leaders. 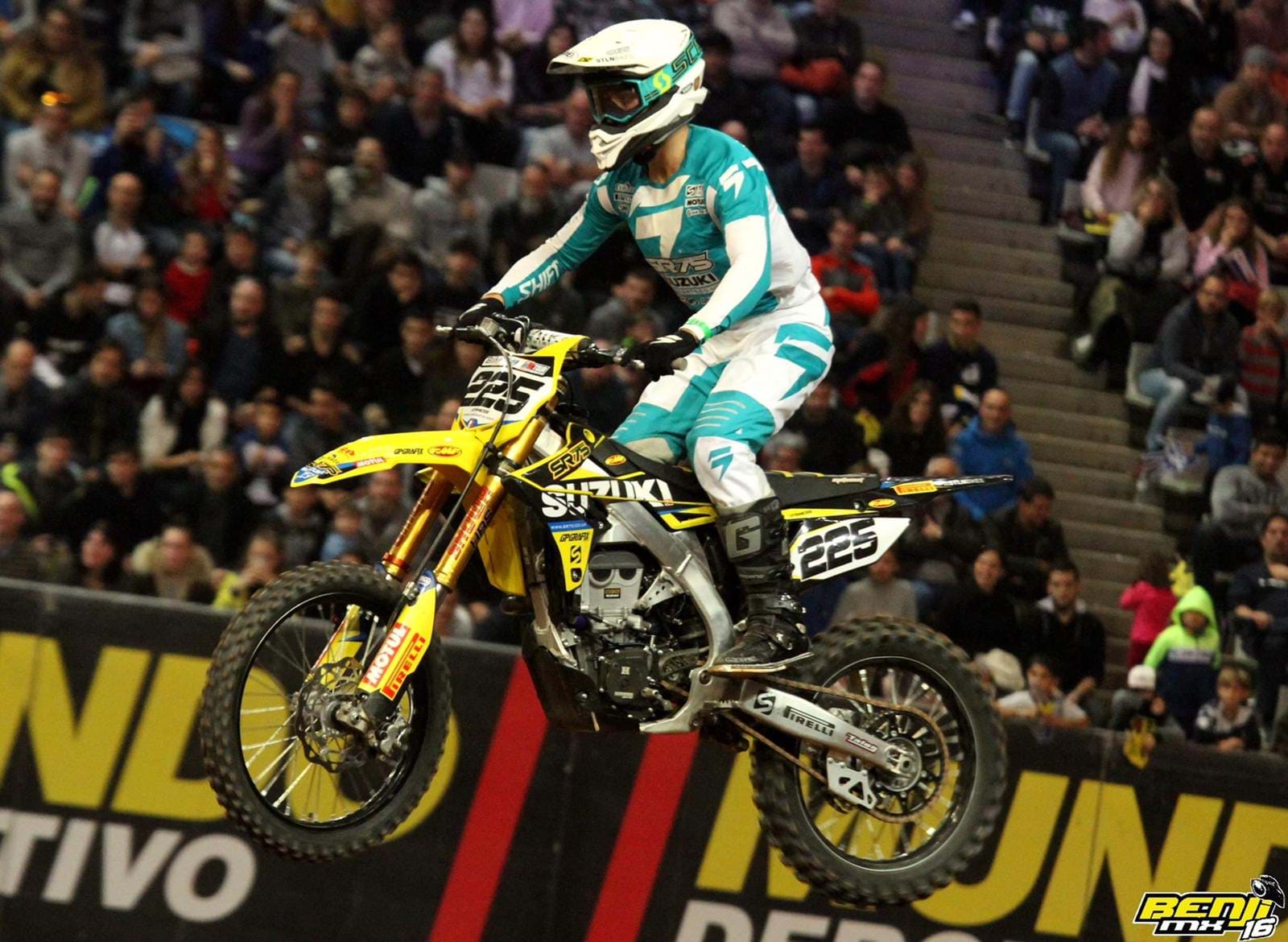 The SR75 team knew they could achieve a good finish in this race and had a real chance to score some points to maintain their strong position in the championship standings.

The first main event saw a great start for Charles from an outside gate choice. This set the Frenchman up for a great battle throughout the entire race, which resulted in a solid sixth place overall finish and fourth in the SX Tour Racer group. 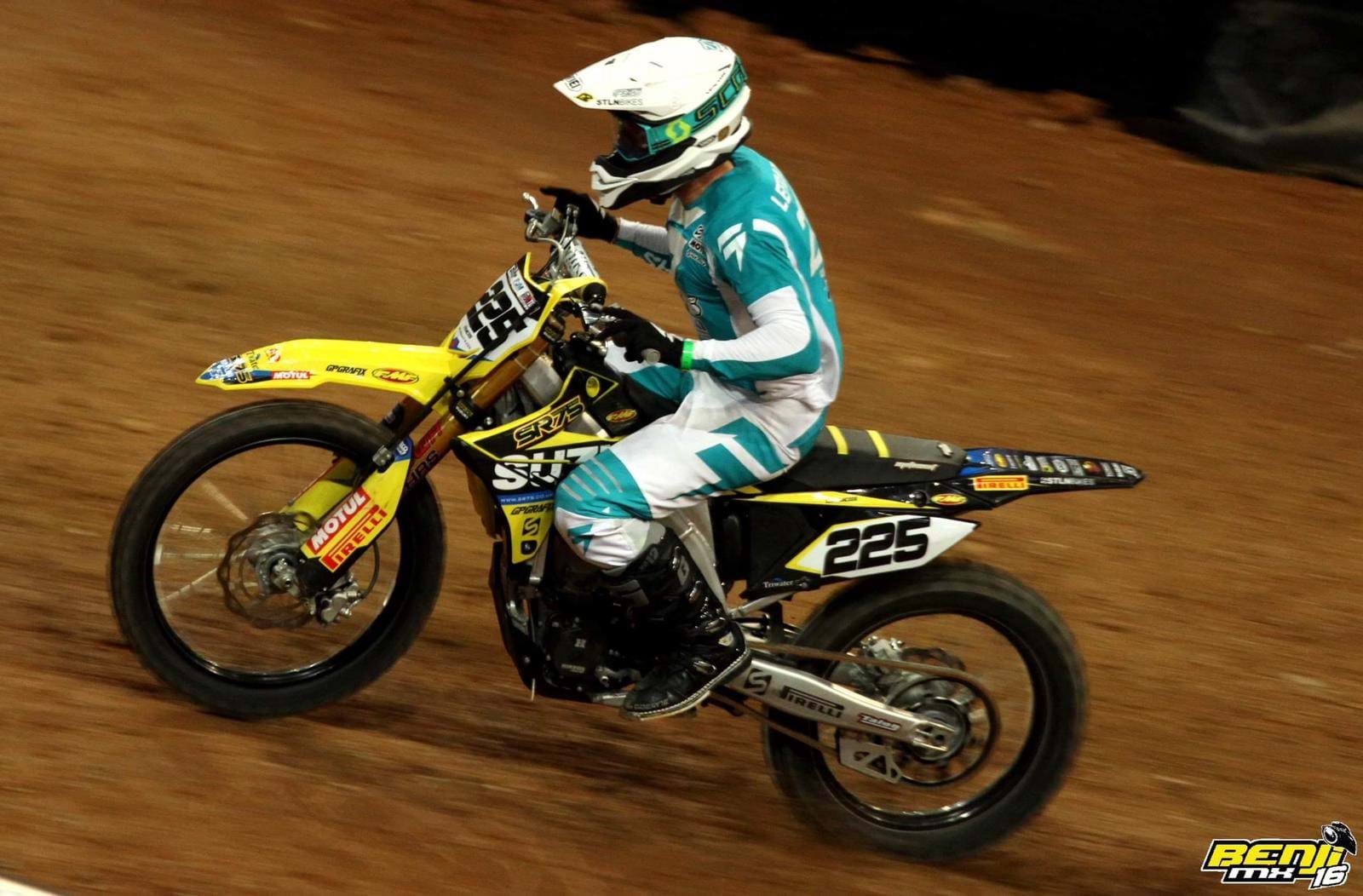 The second main event saw another strong start matched by an even stronger first few laps from Charles where he would battle for a podium position before an unfortunate series of mistakes dropped the SR75 rider down to eighth place, where he would remain for the rest of the race. 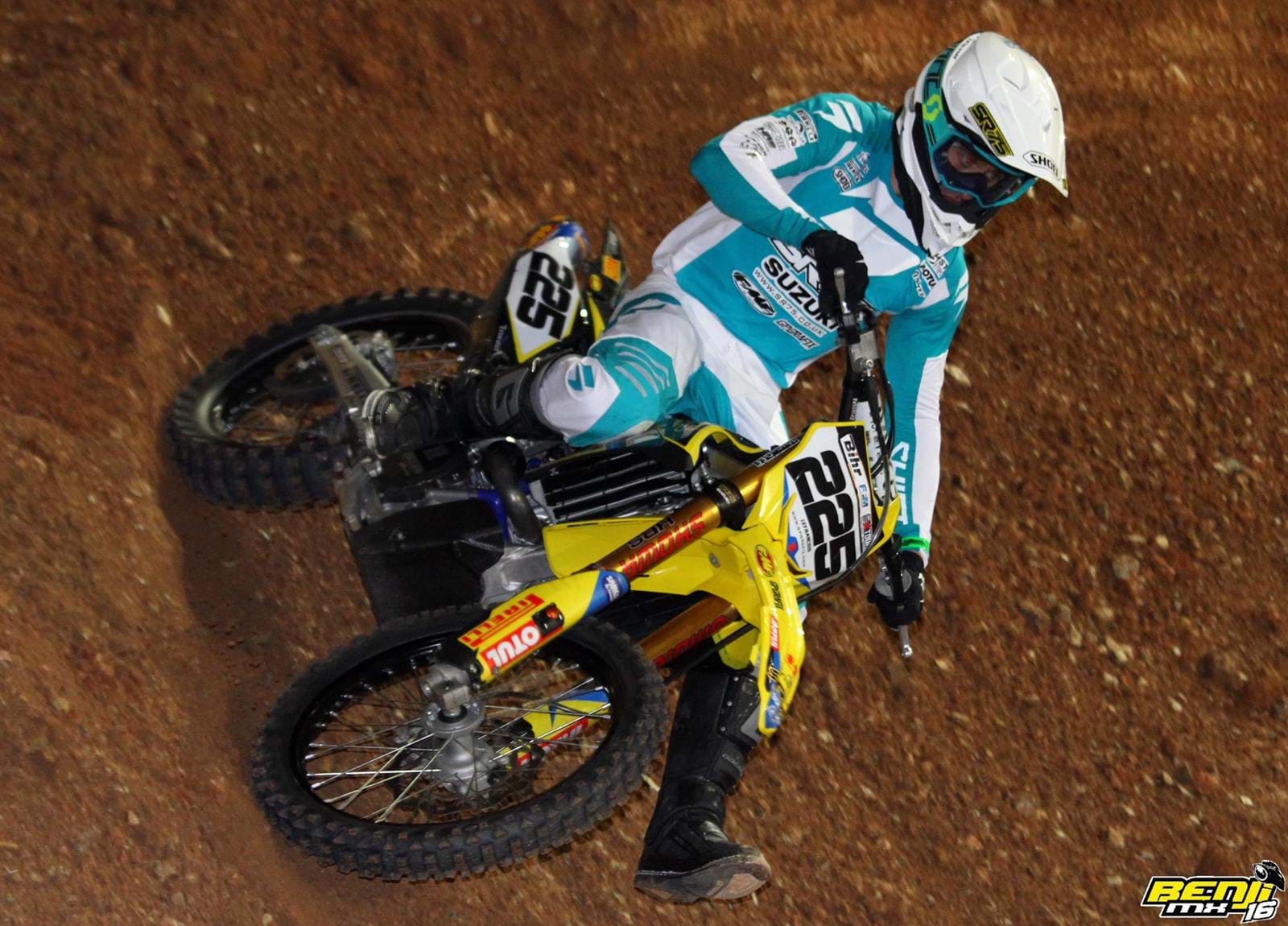 Charles Lefrancois commented after a tough fought couple of races:

“I wanted to make the podium tonight but I gave it all I could. I felt a little tight in my rhythm half way through the second main event and this cost me some positions and ultimately the podium. My bike was perfect and I am a little disappointed but I know tonight I gave my maximum. I will work harder for our next races to finish this amazing year as a SR75 Suzuki Team Racer. I thank all of our team sponsors and supporters. We live every day for this team and racing Pro Supercross” . 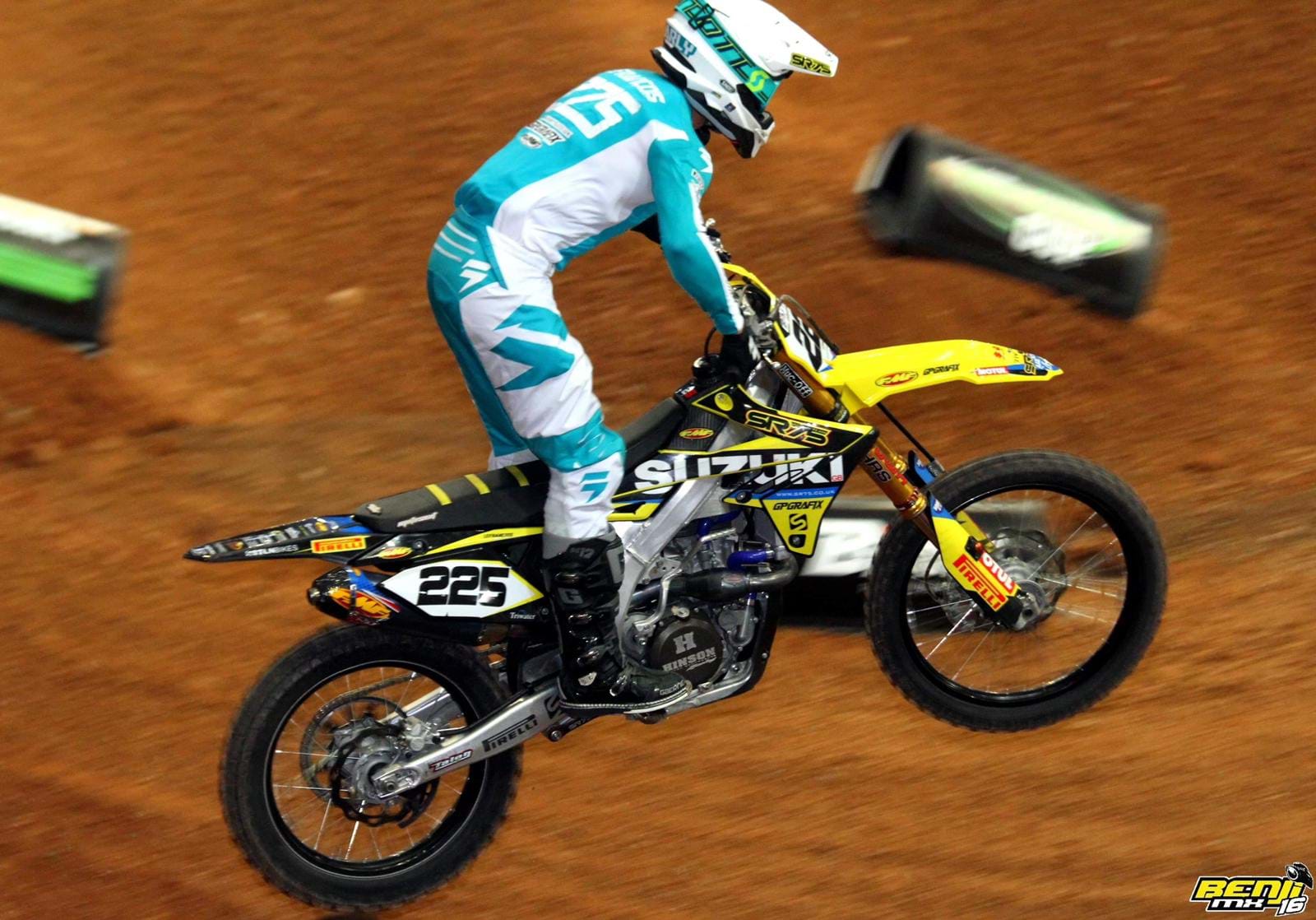 “Charles never fails to give his maximum and it is superb to have this guy represent SR75 and all we stand for. Another solid night and another fantastic result for Charles and the team to move forward with. Thanks to everyone involved in everything we do as a team. We have the best bikes and products we can ask for and we appreciate everything”.