Alex Rins raced to victory in yesterday's MotoGP race at Aragon, while his teammate Joan Mir finished on the podium in third and now leads the championship.

Rins made another lightening start from his 10th place grid spot to join the fight for the lead early in the race. After climbing to fourth off the start, he progressed to second before chasing down race leader Maverick Viñales, who had pulled a slight advantage on the rest of the field. 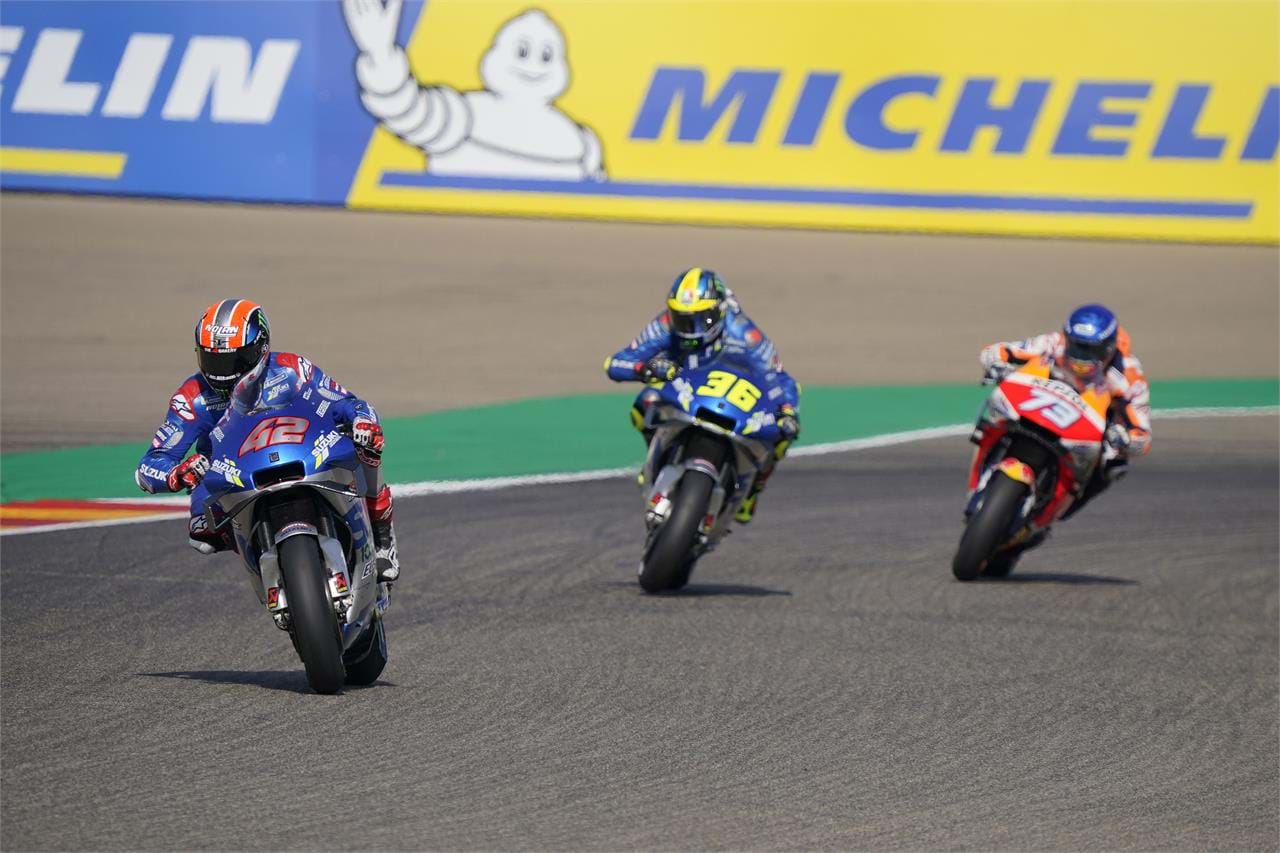 On lap nine he took the lead and began to pull away at the front, while simultaneously attempting to manage his tyre wear.

Despite being closed down in the final stages, he judged his race perfectly to take the win, a result that, despite his injuries at the start of the year and crashes out of the battle for the win at the Austrian Grand Prix and the French Grand Prix, sees him just 36 points off his teammate's championship lead. 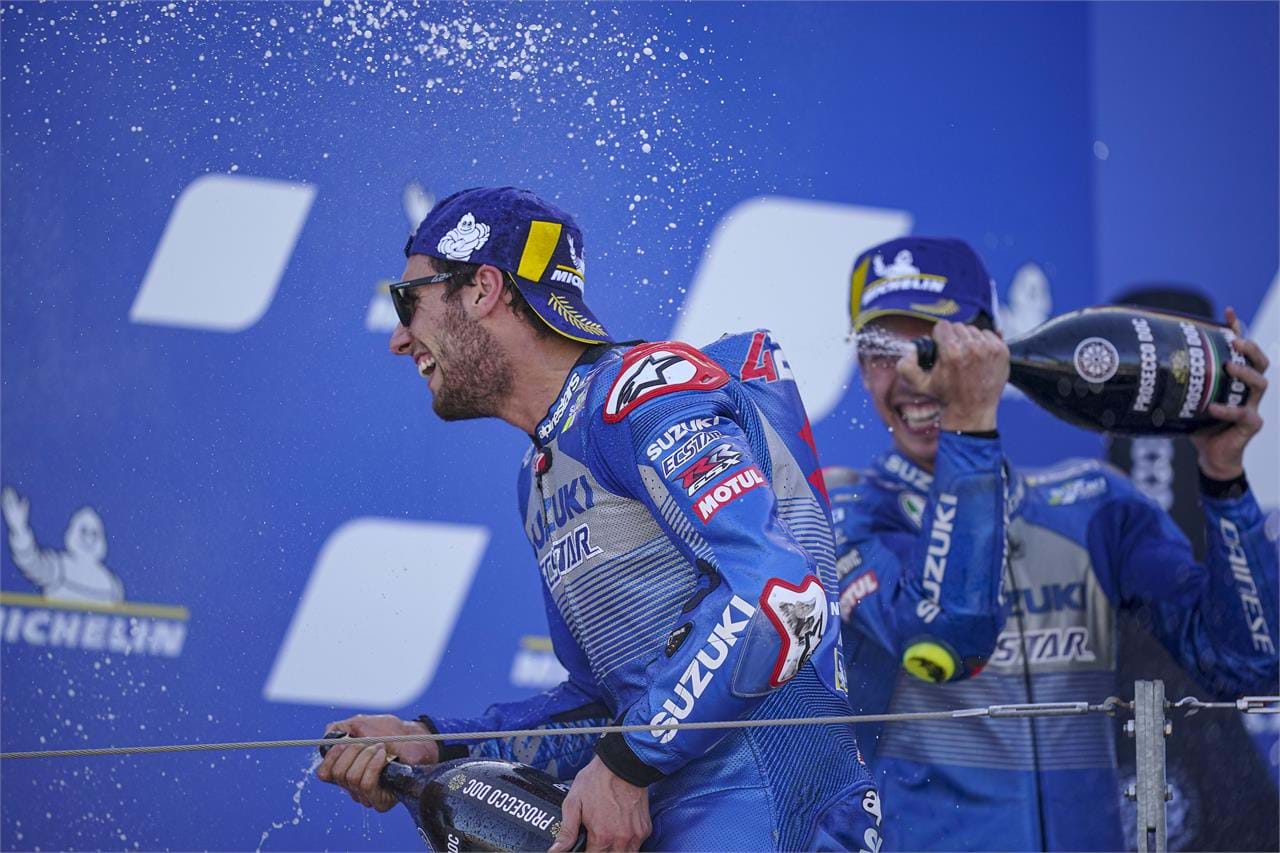 Rins said of his win, "I’m full of emotion. At the beginning of the season I really struggled a lot, and since then the team and I have worked so hard, and now we’ve won and it feels amazing. I was not sure that I could win from 10th on the grid, but I was able to do it.

"When I was chasing down the riders in front of me I could feel that I had good pace and the bike was working really well. I felt really relaxed despite having [Alex] Marquez and Joan close behind, and I managed the pressure. It will be tricky to replicate this again next weekend, but for sure I will try my best. It feels super to be back on the top step."

Mir reflected on another podium and the MotoGP championship lead, saying, "I’m really happy. All the effort that we’re putting in every race weekend has paid off and I’m now leading the championship. In a way it doesn’t mean a lot because there are still four races to go and a lot can still happen, but it’s a nice situation to be in at the moment.

"I actually expected a little bit more from the race because at the beginning my pace was really good and I maintained everything well, but in the last few laps I started to struggle a bit with the front tyre. I had plenty of grip on the rear tyre but in the end it was better to take 3rd than to take a risk. I’m really looking forward to next weekend and hopefully I’ll be able to get an even better result." 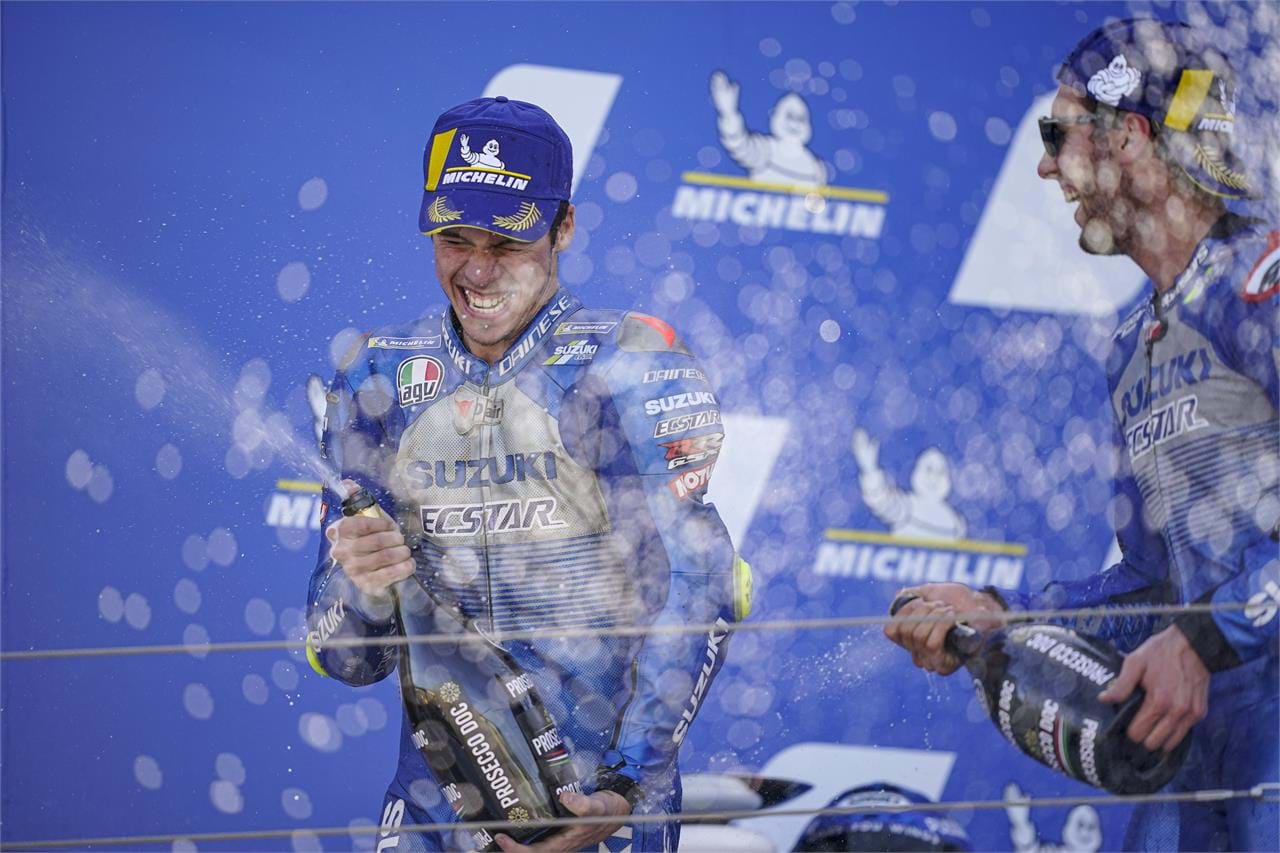 Team manager Davide Brivio added, "This is a great day for us, really fantastic. We’ve been waiting to get a win this season, and finally we’ve managed it. It was great to watch Alex come up from 10th place, his recovery and fighting spirit were brilliant.

"Joan also did a very clever race, and despite struggling at the end he focused on the important thing which is the points and the championship. We’re leading the standings and we’ll keep fighting until the end. I want to say a big thank you to all our employees and all the fans, we appreciate them so much and their support always gives us an extra push."