RETURN TO FORM FOR RINS

Alex Rins enjoyed a return to form at the British Grand Prix, with a fine second place at Silverstone.

Rins - winner of the last running of the British GP in 2019 - was quick off the line and followed his teammate, Joan Mir, through the early laps to latch onto the leading group. 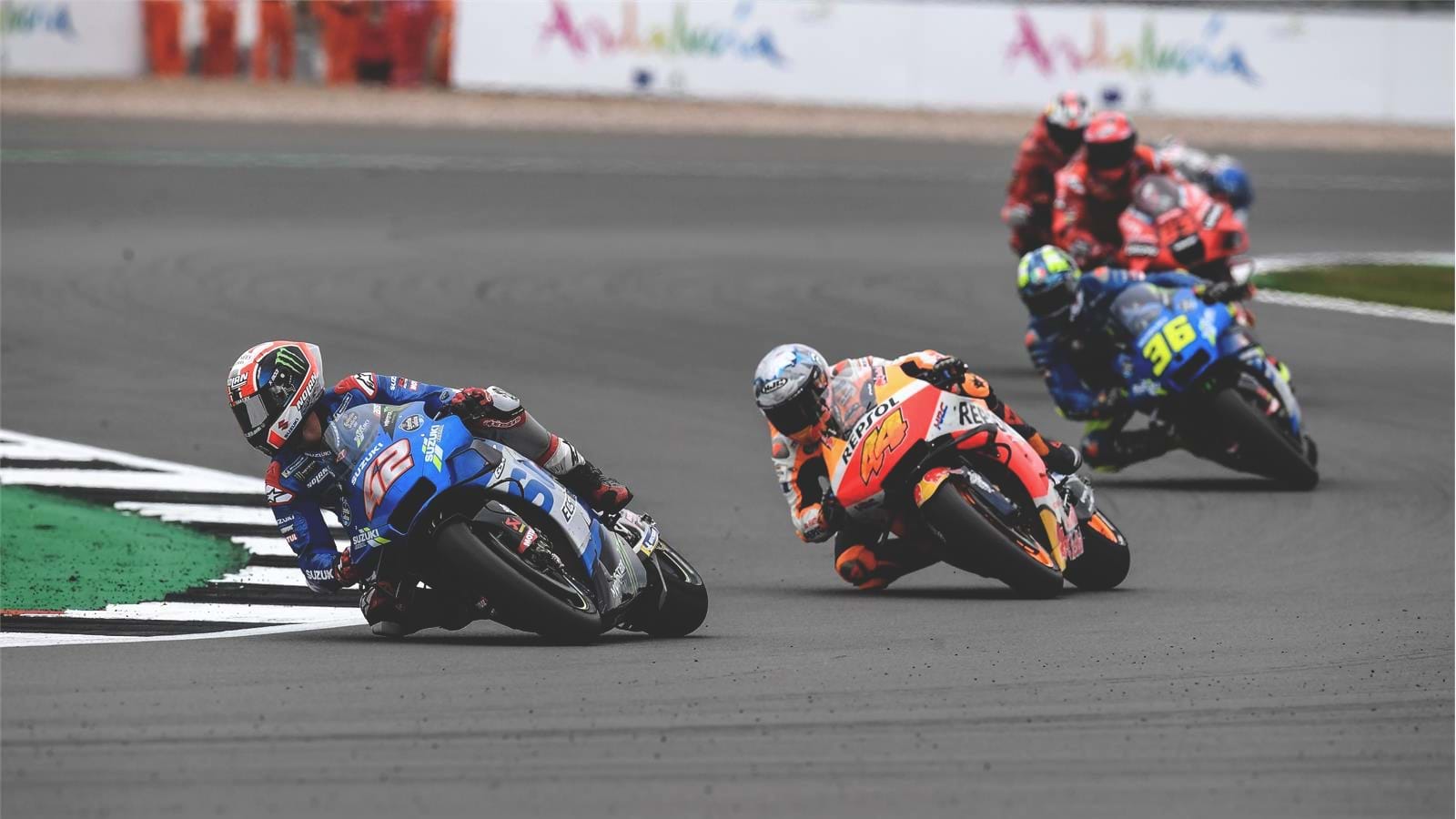 From there, Rins kept picking off the riders in front, climbing up the order to second place. Sadly, race leader Fabio Quartararo had already pulled out a gap at the front, so Rins set about consolidating his position on the podium.

The result marks a return to form for Rins, who has endured a tough season to date. After finishing sixth and fourth at the opening two rounds, Rins suffered a run of DNFs, but was often unlucky to crash out of podium or even race-winning contention. Having rediscovered the confidence that made him a preseason title-favourite, he's hoping the enjoy a strong end to the season. 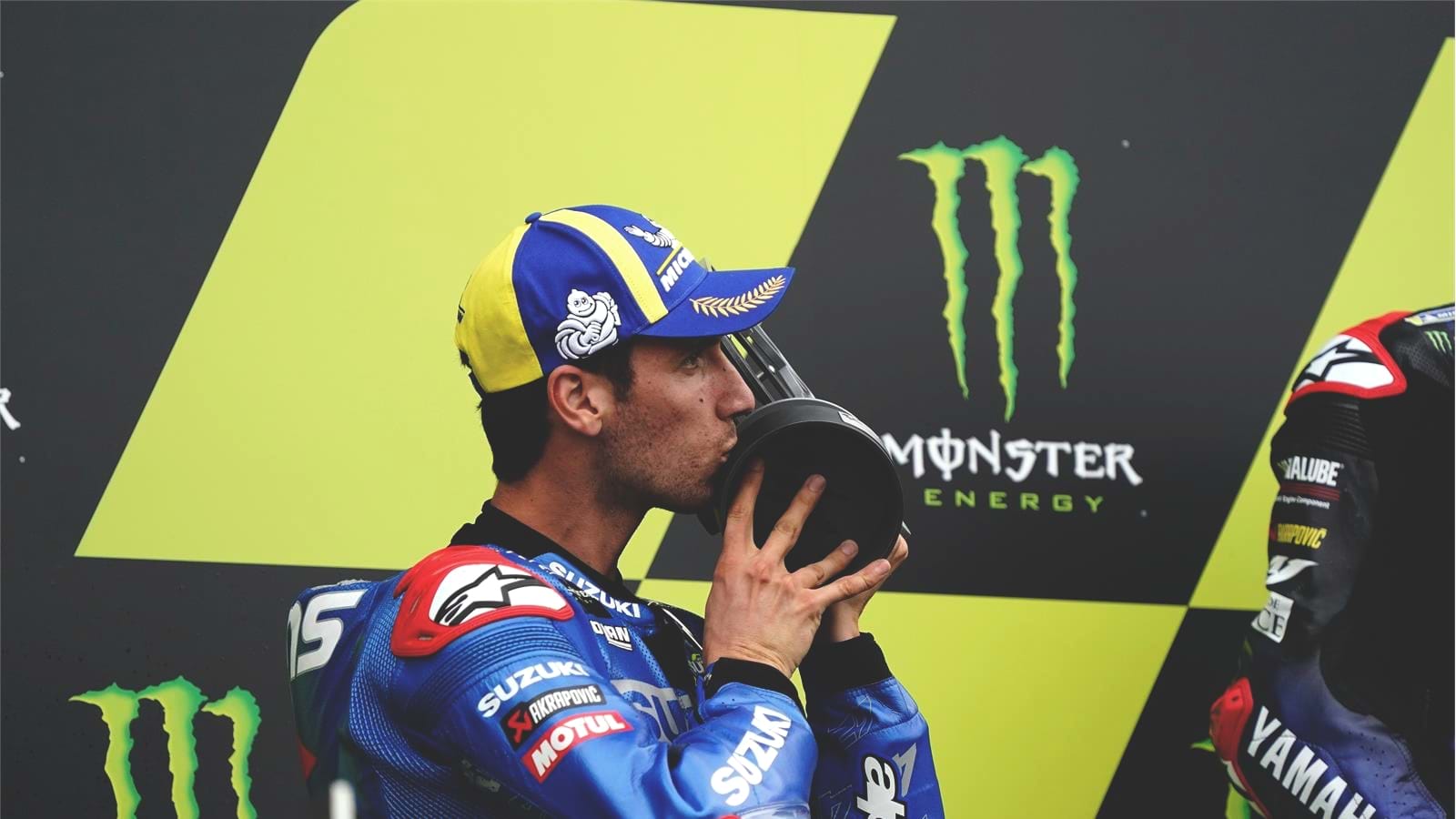 He said, "I’m super, super, super happy because we’ve put in a lot of effort and work to get back on the podium. It hasn’t been easy, because even when I’ve had the pace, I’ve had crashes and problems.

"I was aiming for a Top 5 finish today, but in the end I felt really good and comfortable with the bike so I was able to push. I was fast but without taking risks or having to make aggressive moves. It’s a great feeling to be back on the podium and celebrate with all my team." 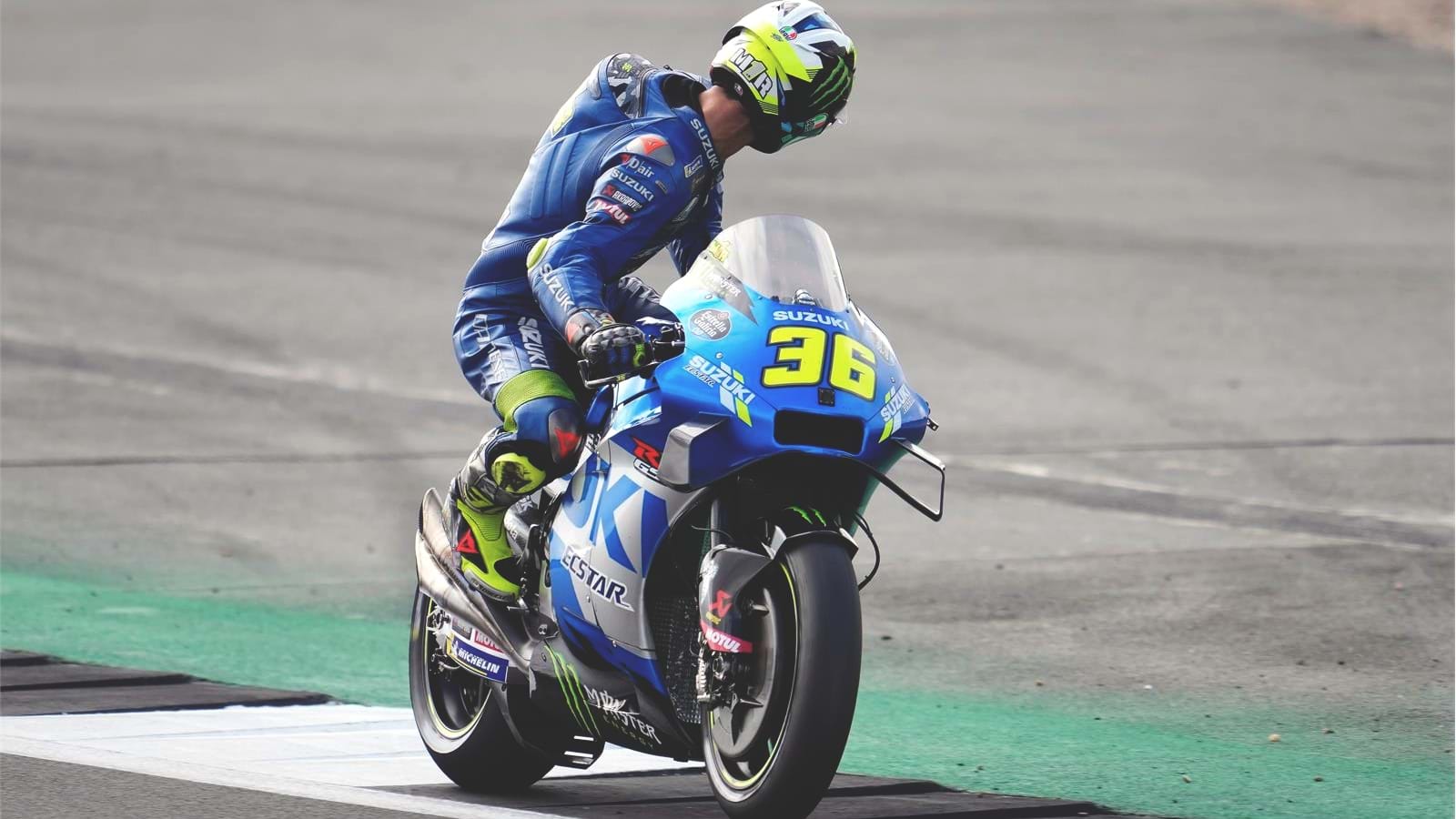 Reigning world champion Mir was racing at Silverstone for the first time in MotoGP, having missed the 2019 race through injury. He learned the track well, and was showing strongly in the race, battling for the podium. Sadly a change in feeling from the front end saw him lose touch. He held fifth, but dropped more positions in the closing laps to finish ninth.

He commented, "Honestly, the feeling was really good and I was able to ride in a nice way and be in the positions that I wanted. I felt confident with my bike and I knew that I could have good race pace.

"I was feeling very strong in the race. But then I started struggling with the front end, which was completely unexpected, and I lost a lot of time in the last laps. This problem started from the 10th lap, and from then it was a bit of a struggle and I’m disappointed because I was hoping for a better result, even for my first time here."