Gino Rea has won the opening race of the weekend at Donington Park, leading from lights to flag to deliver a wet weather masterclass.

Rea started the 10th round of the Bennetts British Superbike Championship strongly, finishing third in FP1. Despite a fast crash at Craner Curves later in practice he qualified on pole position by nearly 0.7 of a second.

In the first race of three this weekend he led from start to finish, pulling out a gap of over eight seconds at the front. With a comfortable margin he steadied up on the final lap to take his first BSB win. 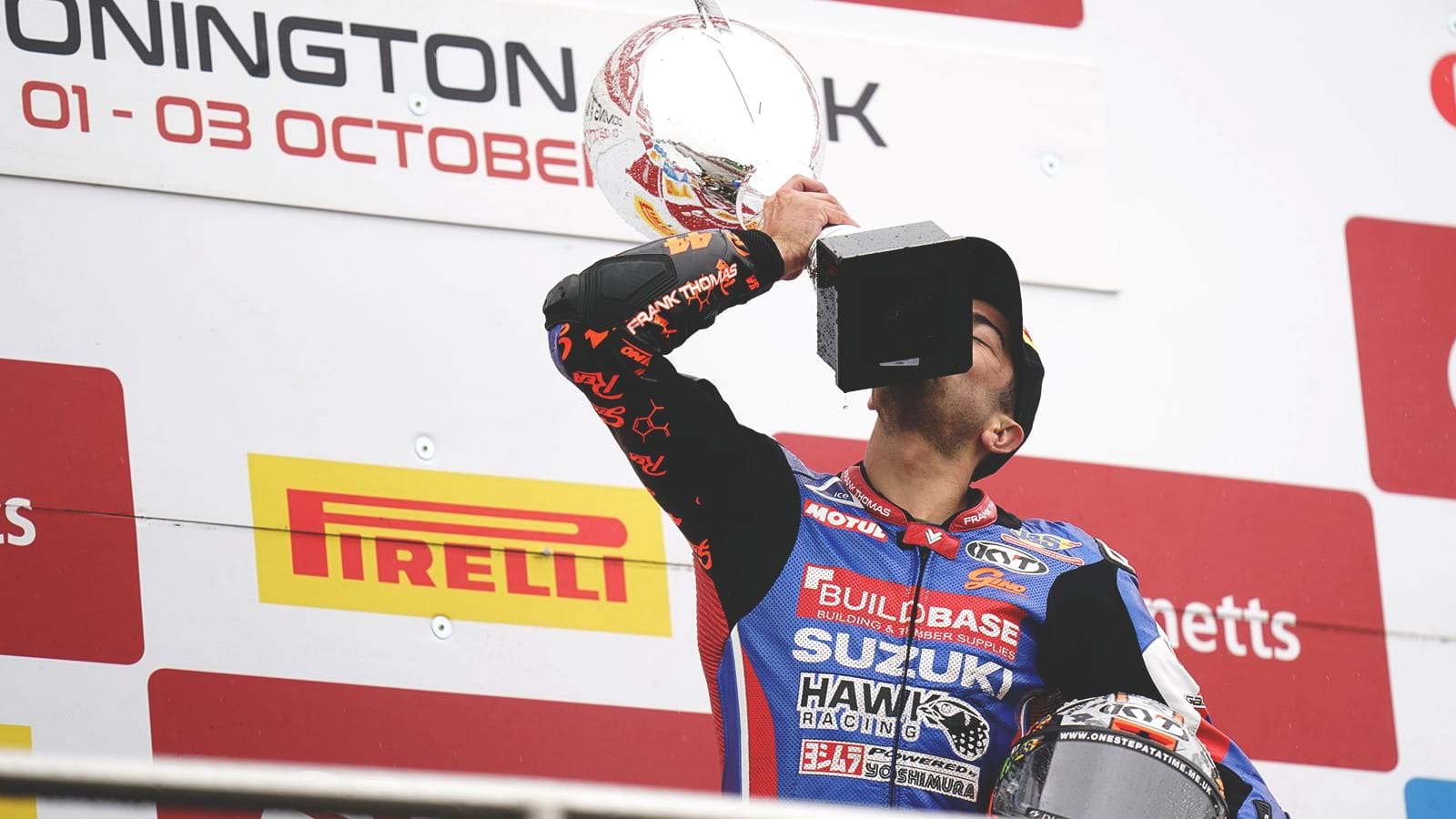 He said, "It feels incredible, it feels like a weight's been lifted off my shoulders. I think the result has been coming, especially over the last few rounds where we've made little steps with the bike that have made a big difference on track and with my feeling and with my confidence. I'm also really pleased the changes have worked in the wet because we have had some et sessions this year where I've not had the right feeling, and I have a history of being god in the wet. And now I feel that has come back

"Full credit to the team; yesterday I was sat in the gravel after a 100mph crash and they've rebuilt the bike and gave me the perfect package for today. Thank you to them for the faith they've put in me."