Both SR75 World Team Suzuki and Team RFX St. Blazey Suzuki added more podiums to their respective tallies for the 2017 Arenacross tour, with Thomas Ramette and Cederic Soubeyras on the overall podium at the Belfast double-header.

The results from rounds four and five of the series mean a Suzuki RM-z450 fills the top three positions in the championship standings with two rounds to go, but it was a difficult weekend for SR75 World Team Suzuki's Cyrille Coulon, after he suffered a knee injury during a heat race. 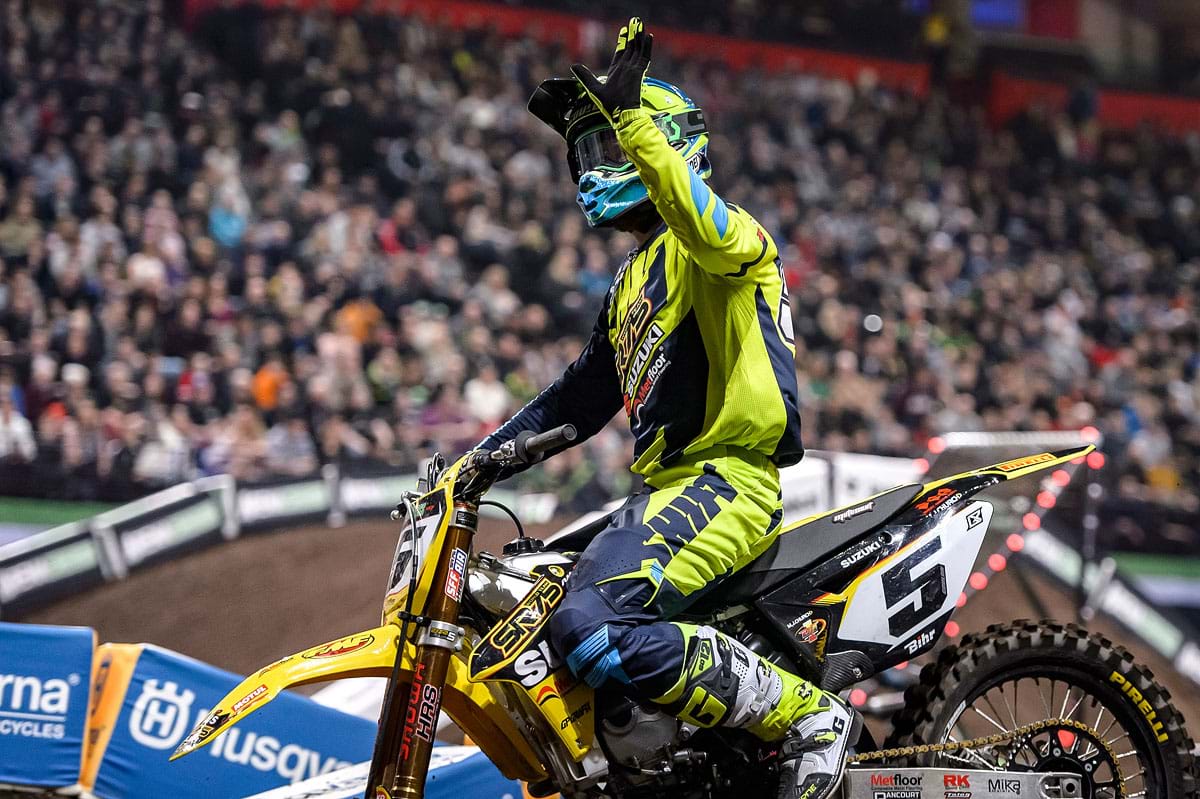 Coulon arrived in Northern Ireland heading the series after back-to-back wins in Glasgow and Birmingham, and was looking imperious in his quest for the 2017 title. However, after finishing third in his opening heat race on the first night at the SSE Arena, the Frenchman twisted his knee in race two. He continued with the night's proceedings to take as many championship points as possible, and took to the gate for the second night's heat races. Unfortunately the injury proved too much, and he retired from the rest of the event.

In contrast, his teammate and defending champion, Thomas Ramette got his championship challenge back on track, winning both of his heat races on Belfast's opening night. He then went on to finish second in the hot-lap dash for additional championship points, behind Team RFX St. Blazey Suzuki's Soubeyras. Soubeyras's teammate, Angelo Pellegrini set the third fastest time to make it a Suzuki lock-out.

The main event provided close racing at the front with Ramette and Soubeyras battling for the win, but rather than risk it all with a lunge for the win, the duo thought more about their championship chances, and finished on the podium with Soubeyras second and Ramette third. 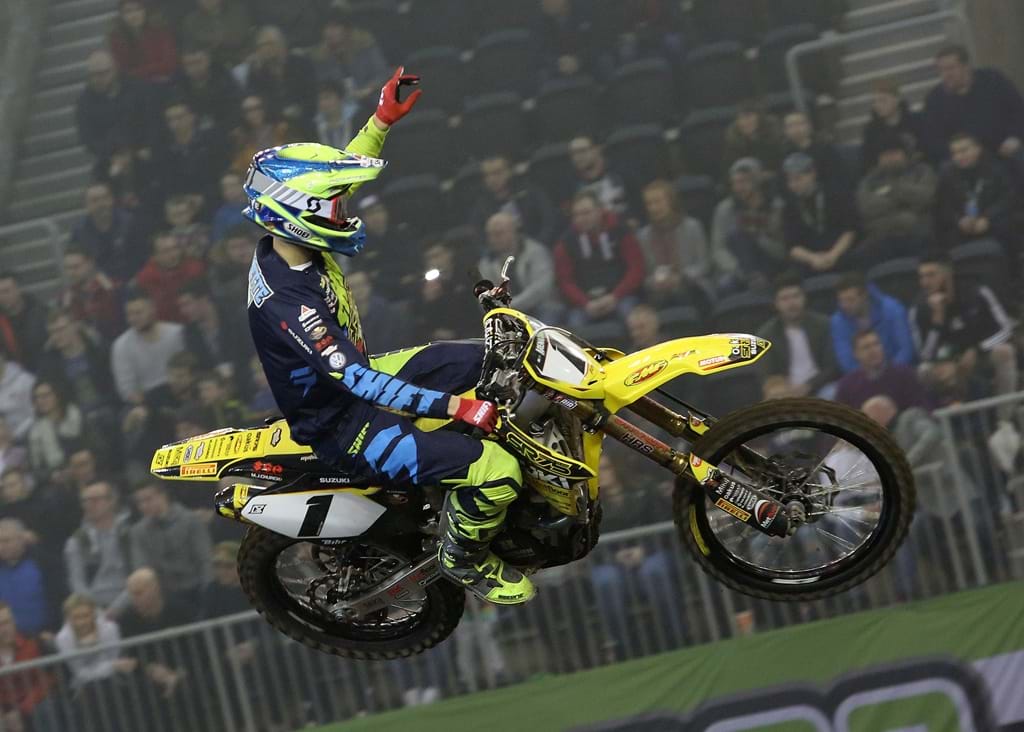 Belfast's second night of Arenacross action again saw Ramette win his opening heat race with Soubeyras on the podium in third, before Soubeyras bested his adversary in their second heat, the pair finishing first and second while Pellegrini made it an all Suzuki podium in third. Soubeyras then added more vital championship points to his tally with the second fastest hot-lap time.

In the main event a couple of tricky opening laps meant Ramette and Soubeyras missed the chance to fight for the win, despite Ramette setting the fastest lap of the race, but the pair reignited their feud and battled for second place, this time with Ramette coming out on top, with Soubeyras finishing third, just ahead of Pellegrini who claimed fourth.

With two rounds to go Soubeyras holds a slender four point advantage at the top of the championship standings over both his teammate and Ramette, who sit second and third. Coulon's bad luck saw him drop to seventh in the standings.