Team Suzuki Ecstar and the MotoGP™ field took to the track for the last time in five weeks, as the championship heads into the summer break following the Dutch Grand Prix. 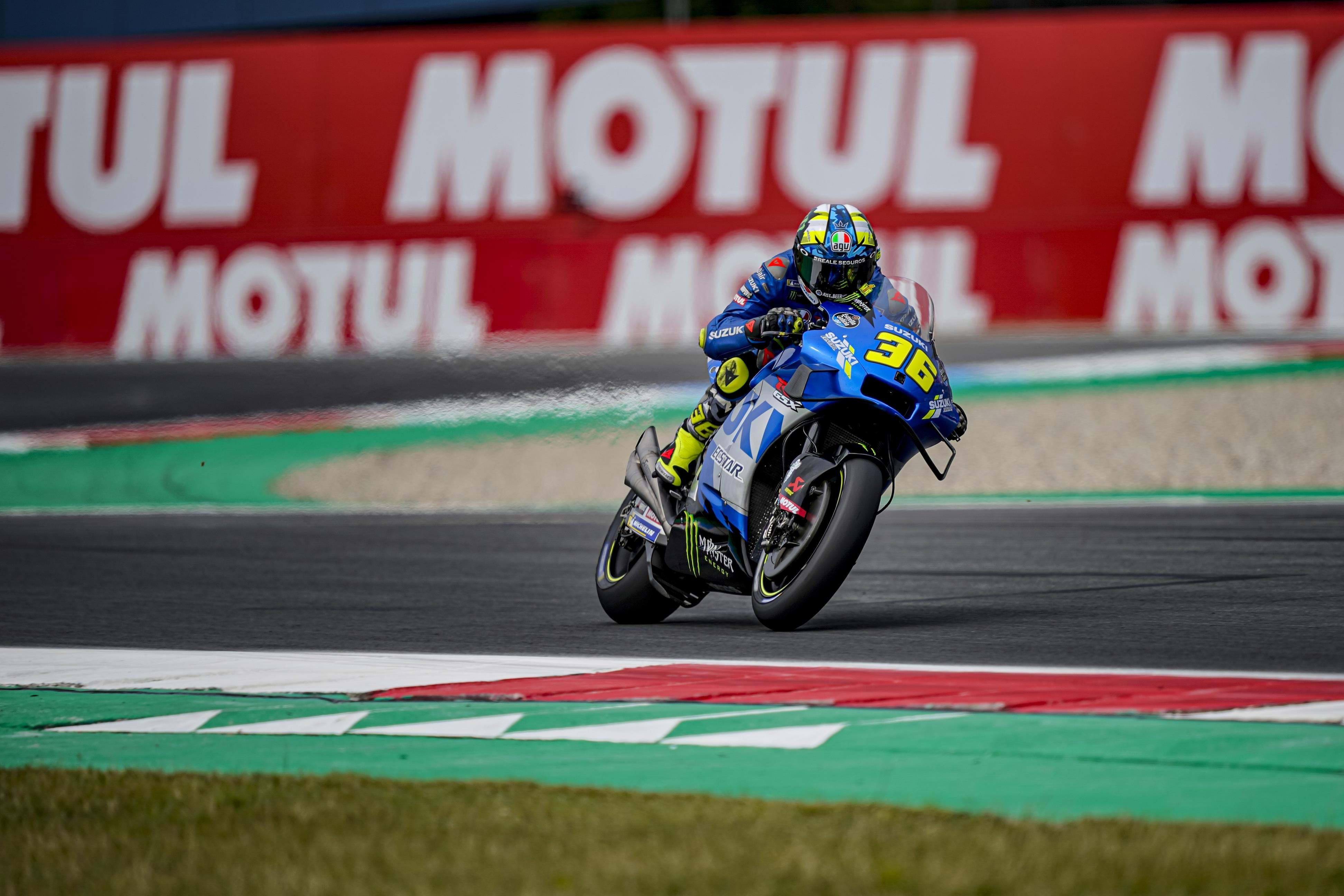 The TT Circuit of Assen brought sunny skies and an excited audience of 11,500 fans on Sunday afternoon. Alex Rins and Joan Mir were ready to attack the 26 lap race from seventh and 10th respectively on the grid, with both hoping for a podium finish.
As the lights went out Rins made a superb start and slotted immediately into fourth place, while Mir was just a few places further back in eighth. At the end of the first lap Rins dropped to fifth, but that was all to change as on Lap 2 another rider made contact with the GSX-RR rider, pushing him off the track and into last place. 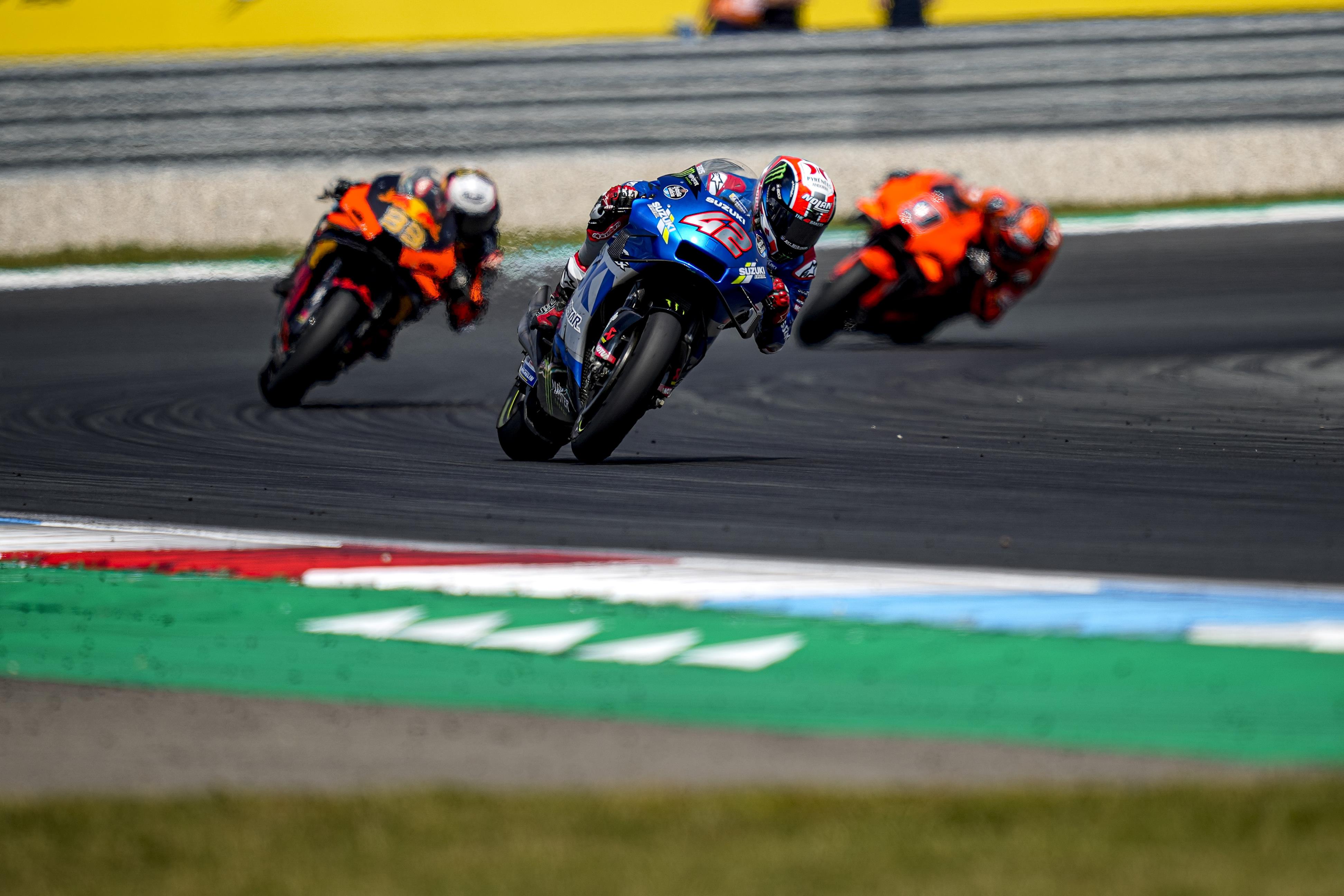 While Rins kept his cool and focused on fighting his way up from the back of the field, Mir gained a couple of places up to sixth. The Mallorcan had his sights set on a podium place and by Lap 15 he was up to a decent fourth, on the same lap Rins moved back into the points with 15th.

With seven laps to go, a great pass at Strubben corner on Zarco put Mir into that much coveted podium position and third. Shortly after, Rins had battled his way up to an impressive 11th place - quite the fight back from last place.
With the two Yamaha riders holding big gaps out front, Mir concentrated on defending his third place, something he did with style and determination. Today’s rostrum finish also moves him up one place to fourth in the Championship. Mir said, "I did everything I could to get a good result for the team and for myself ahead of the summer break; this podium is really important and we couldn’t ask for much more today. It wasn’t easy to get up to third, especially against the Ducatis, but I made a good start and tried to make clean passes. I had one or two moments that were a bit close to the limit and I’m sorry if I was too close sometimes. We’ve struggled more than we expected in the first half of the season, and it’s crucial to go into the break as close to the top guys as possible so I’m satisfied and today has given us a boost. There is still plenty of time to go this year, and we’re aiming to becoming more competitive, bring new parts, and be even closer to the top. Overall, we’re happy with how the season has been going, and this result brings a nice feeling to all of us.” 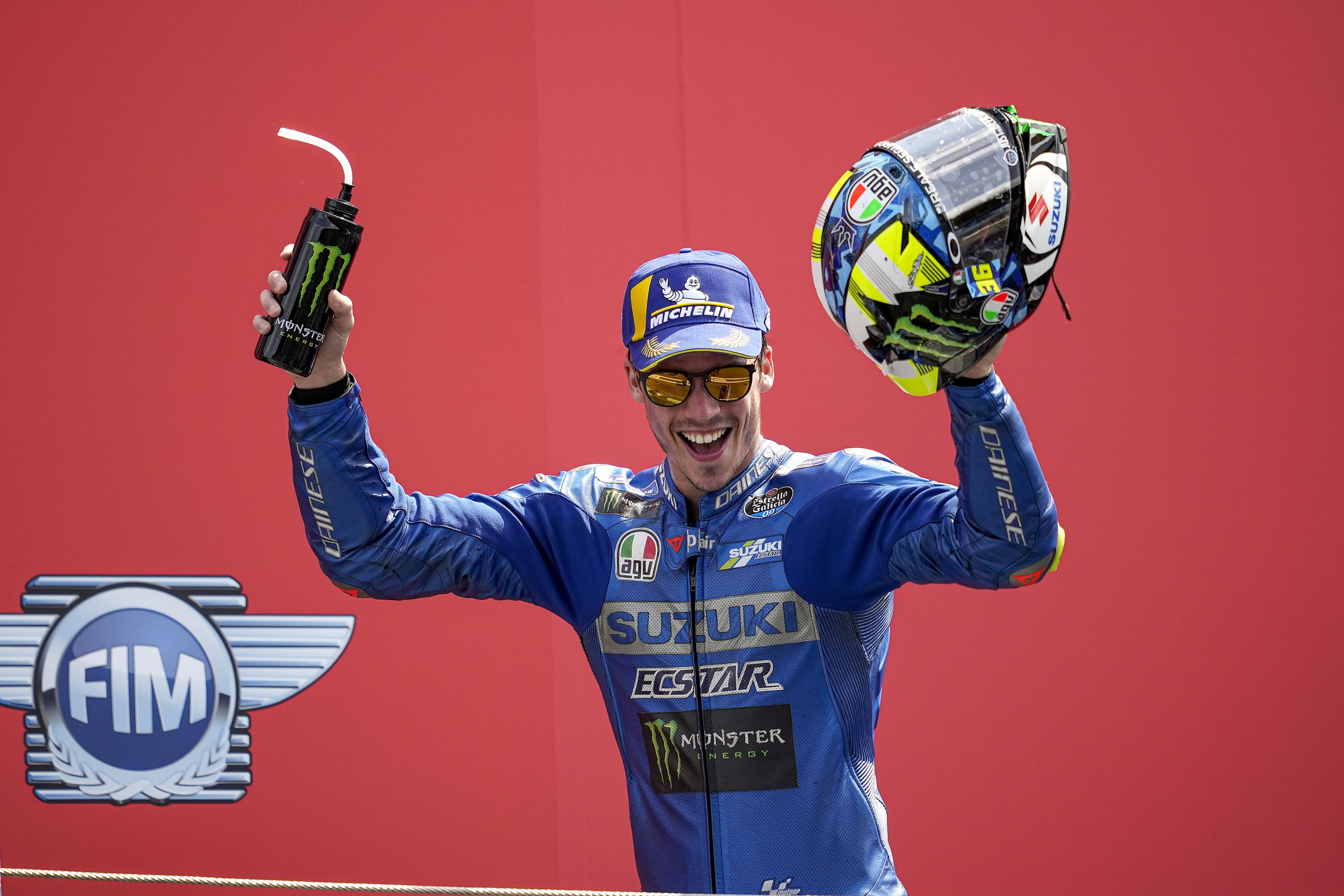 Alex commented, “I was very unlucky today because I made an incredible start and I felt able to fight for the Top three or four, I was with the lead group. Then in Turn 10 I went in like normal, when another rider arrived very fast and his winglet hit my arm, so the only thing I could do was pick up the bike to avoid crashing. If I hadn’t been there he would have run off for sure, but instead he hit me. But this situation was out of my hands, so I just had to try and do my best after that. My race pace was good and it allowed me to climb up to 11th. It’s a shame to have another race with unlucky circumstances, I’ve been fast in a lot of races but I’ve had crashes and incidents that have prevented me getting good results, but now we’ll go into the break and come back stronger and more ready for part two.” 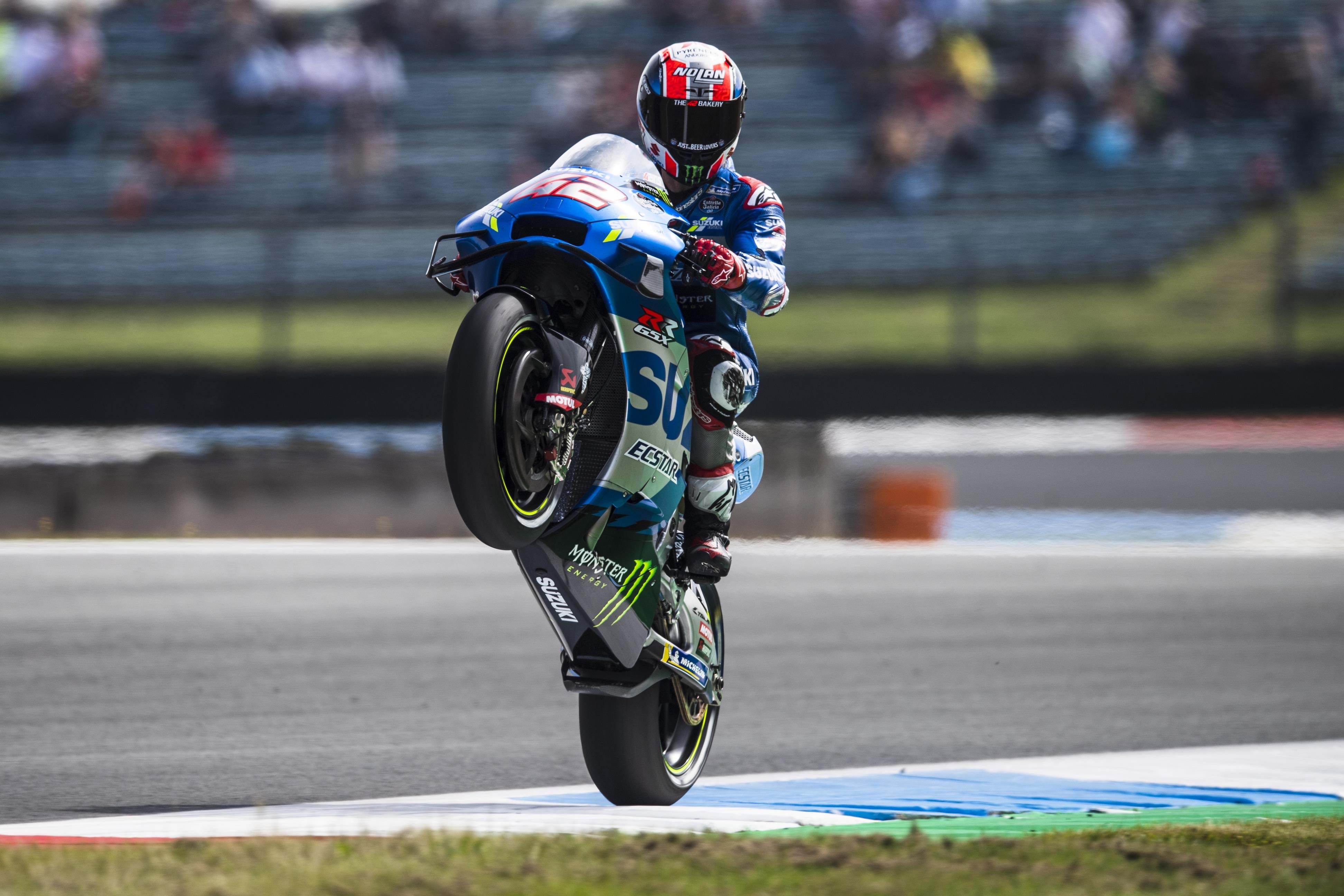 Shinichi Sahara, Team Director stated, “Our riders started from the third and fourth rows today but they both recovered quickly at the beginning of the race. Unfortunately Alex was pushed out by another rider but luckily he was OK and he managed to make a good comeback and get some valuable points for the championship so we’re pleased. Joan was very consistent and he did a great job, especially from 10th on the grid. He achieved his third podium of the year, which is a really nice result to end the first half of the season. We know we still have room for improvement so we won’t rest in the break, but we’re happy with today’s efforts.”