Despite struggling in qualifying, Mir launched from 12th on the grid to climb to sixth on the opening lap. Building pace, he moved into third by half race distance and, with clean air in front and behind in the closing stages, he elected to ride smart and ensure he finished with another podium and extended his championship lead. 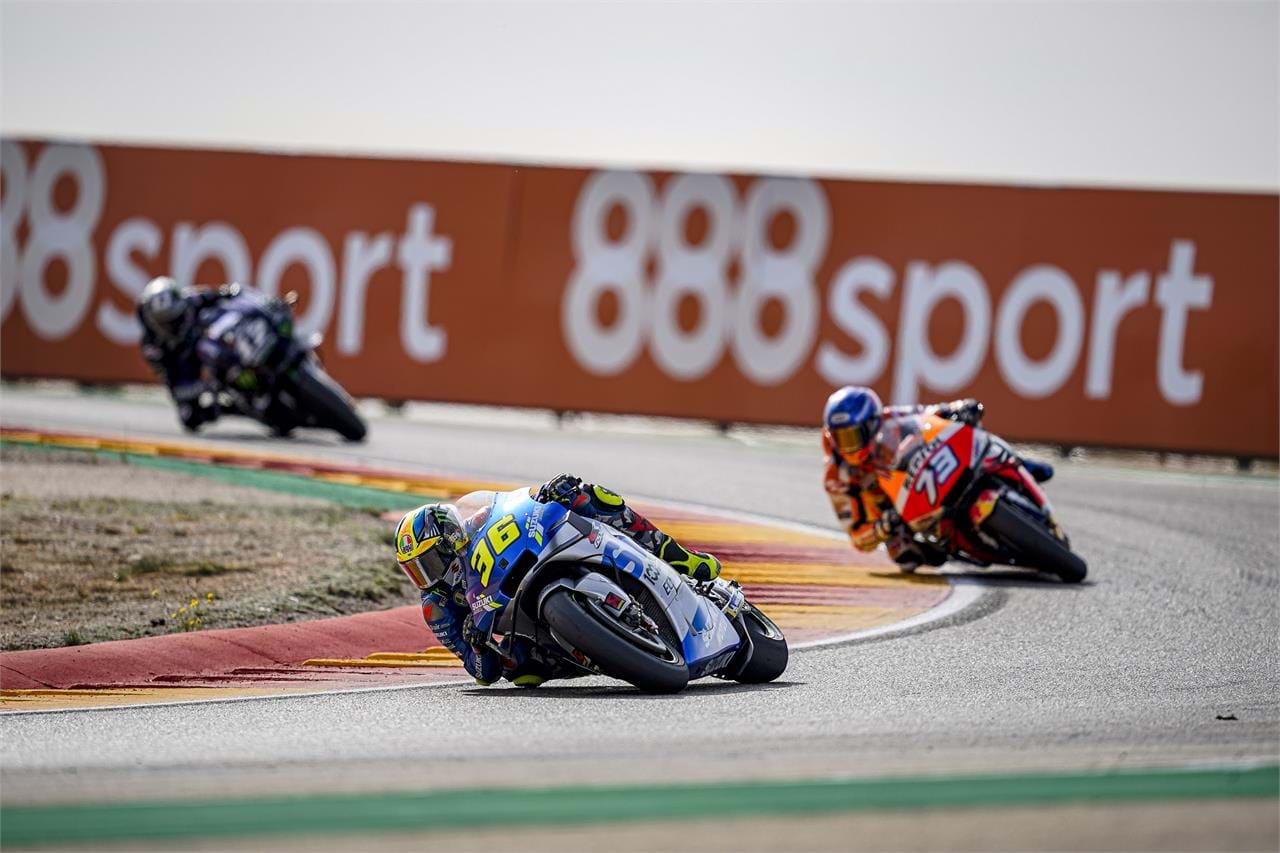 Alex Rins, by contrast, qualified on the front row. The winner of last week's Aragon Grand Prix held second for the duration of the race, maintaining touch with leader [Franco] Morbidelli.

As he began to struggle more in the latter part of the race, Rins too elected to ride safe and come away with his second podium in as many races. The result also sees Team Suzuki Ecstar maintain its position at the top of the Team Championship standings. 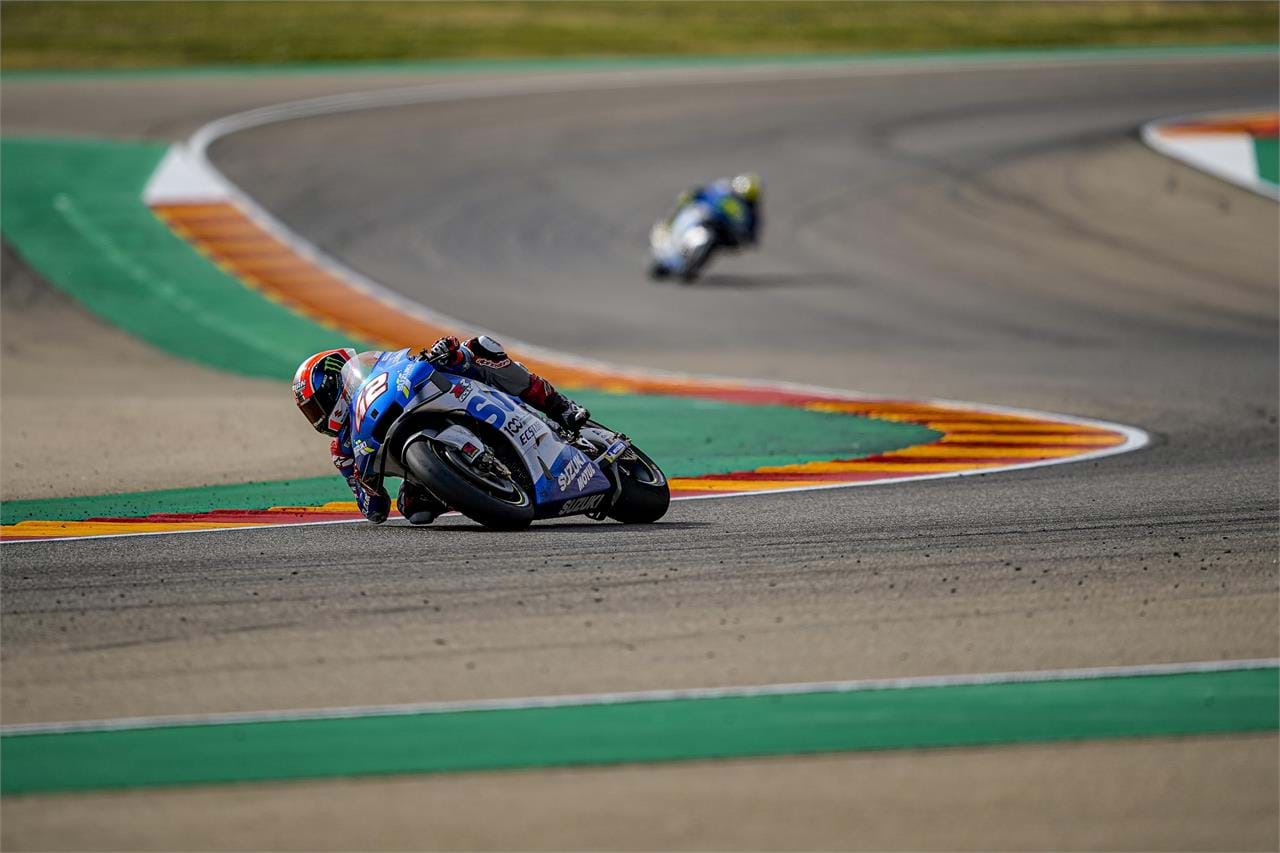 Mir said, "“My feeling was good, but on the last laps I wasn’t able to make up the difference - I had the same speed as Alex and Franco but I couldn’t manage to go quicker to close the gap. That was a bit of a shame, but it’s always hard to start further back on the grid and I lost some time while overtaking other riders.

"But anyway, I’m glad to have been able to collect points today and I’m satisfied because my target was the podium; I knew that was needed to keep a hold on the championship lead, so I’m happy that I achieved that. I will be giving my best in the next three races."

Rins said, "Obviously I was hoping to win again today, but another podium is an awesome feeling anyway. It was really hard to do battle with Franco today, he was very strong and he got a good start.

"I was happy with my tyre choice but I did feel a little bit of drop part way through the race, I knew that I had a decent gap on Joan so I kept things smooth and went for second place.

"I was really happy to see Joan there in third because it means another great day for Suzuki with both of us on the podium again. Joan is so consistent, but I’m also feeling better every race so let’s see what can happen in the next few races. Anyway, I’m really pleased to be on the podium again at MotorLand." 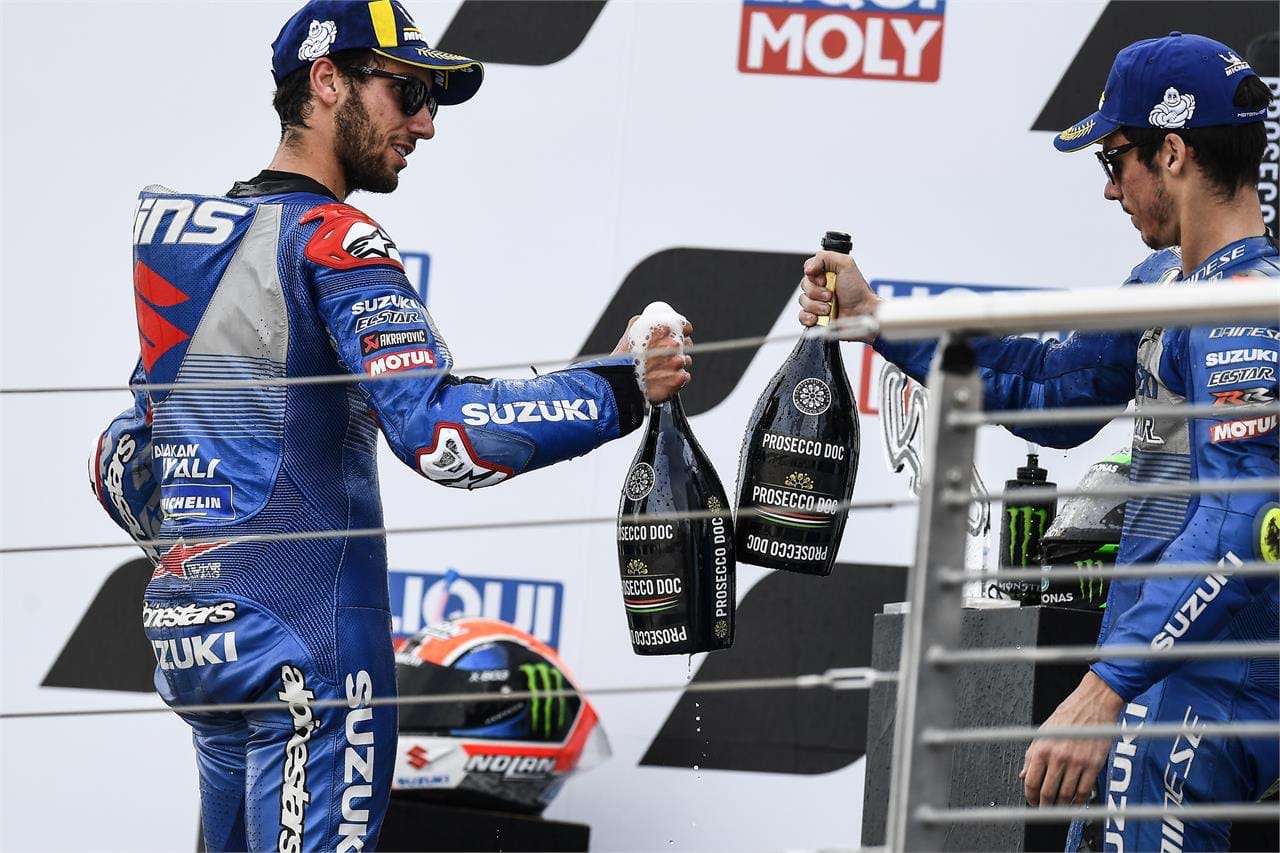 Team manager Davide Brivio added, "It’s been another great weekend, and I want to congratulate Alex and Joan again for their great results. Franco Morbidelli did a very good race, so congratulations also to him.

"Alex was right there from the start, but he couldn’t quite battle Franco for the win, but this second place is fantastic and brings him closer to the top of the championship.

"Joan was brilliant today, he started from 12th but he recovered really well to take another podium and he did exactly what he needed to do.

"Having both riders on the podium today is a wonderful feeling, and we’ll give our best to continue this trend. Thank you very much to all the Suzuki staff, those working from home and everybody here at the circuit; these great results also belong to them."