Joan Mir was denied his first MotoGP victory at the weekend, after a red flag incident at the Red Bull Ring brought a halt to proceedings with the Team Suzuki Ecstar rider holding a lead of over two seconds.

Mir, who took his first MotoGP podium at the same circuit just a week before, was again looking strong all weekend, and led the race after starting from the front row. He had to give away a position and dropped back to second, before retaking the lead on lap five. From there, he began to pull away. 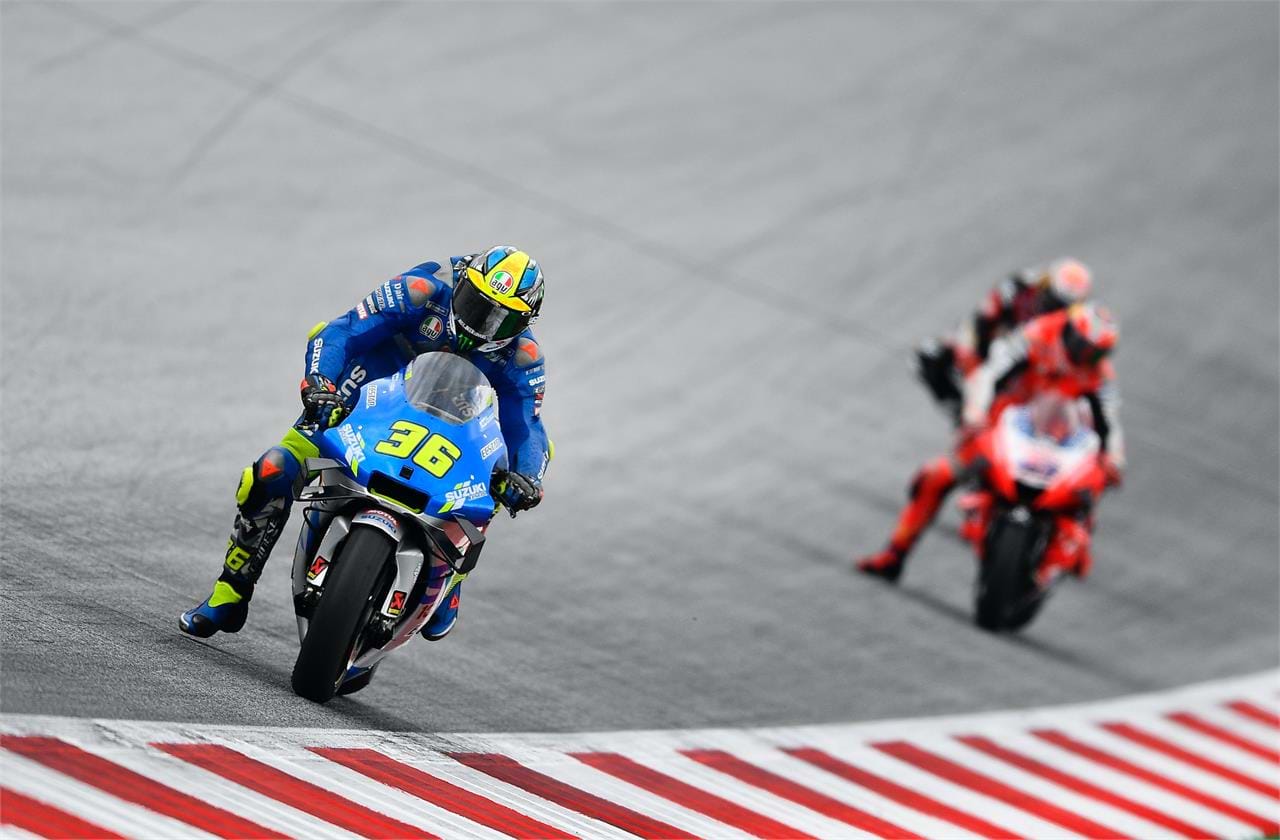 Unfortunately an incident at turn one - which saw Maverick Viñales' Yamaha pierce the air fence - brought out the red flags. Thankfully Viñales was unharmed.

In the restart Mir was able to use a new rear tyre, but was forced to run with a used front. Lacking the grip needed to run at race-winning pace, he valiantly held on to fourth after again leading from the off. 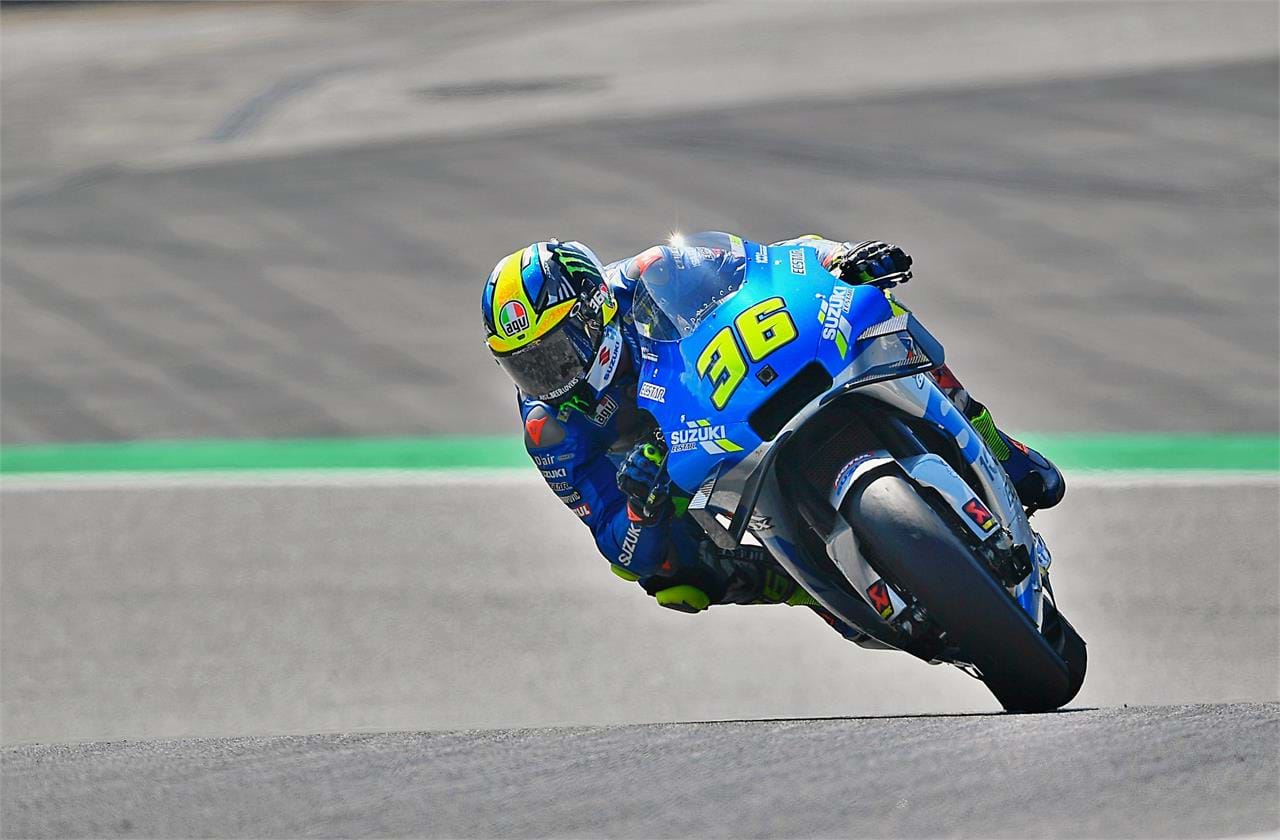 He said, "I really didn’t have luck on my side, but the positive thing is that I was really fast. The truth is that on the last corner Pol [Espargaro] went out very wide, outside the track limits, and opened the gas. I didn’t see it very well but I thought that he would be penalised by Race Direction for that. It’s a big shame and I’m unhappy about the inconsistency in the rules.

"I felt great all weekend, and in the first race I felt I could win for sure, but in the restart I had to go out on the used tyre and it was very hard to hold off the other riders. I gave all I could but in the end I couldn’t do better than fourth. In Misano I’ll try again." 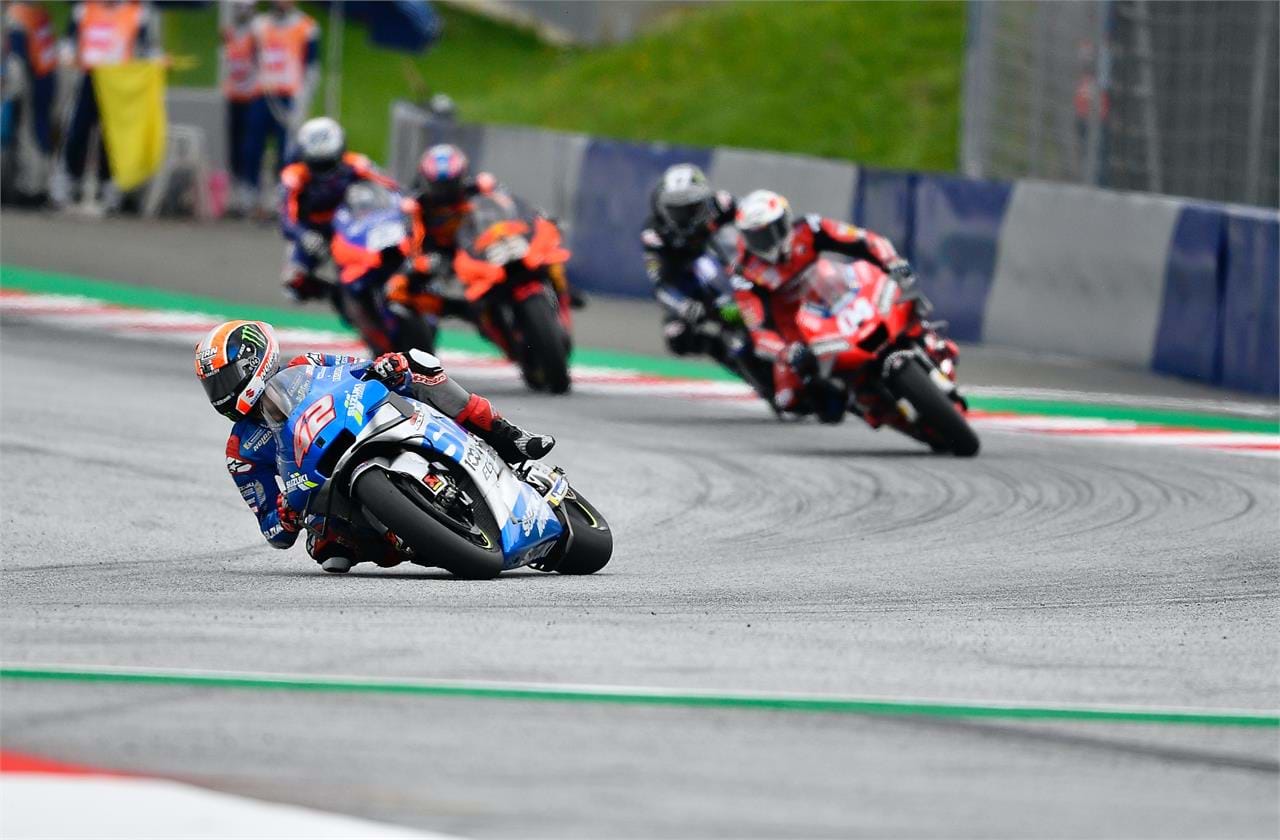 Alex Rins was also looking strong for the second Grand Prix weekend in a row in Austria. He was riding in fifth place in the first running of yesterday's race, but a poor start to the re-run dropped him down to eighth. He recovered to sixth.

He commented, "In the first part of the race I was up the front but it was so hard to pass Pol in front of me, although I was managing the situation. Then in race two I made a big mistake on the start because I released the clutch very quickly and the rear spun and I wheelied, so I lost a lot of ground at the beginning and it was difficult to make up the places.

"Anyway, I managed to get sixth place which means important points, and the bike actually felt great. My shoulder was a bit painful today but now we have two weeks without a race so hopefully in Misano the pain will be less, and I’m looking forward to it." 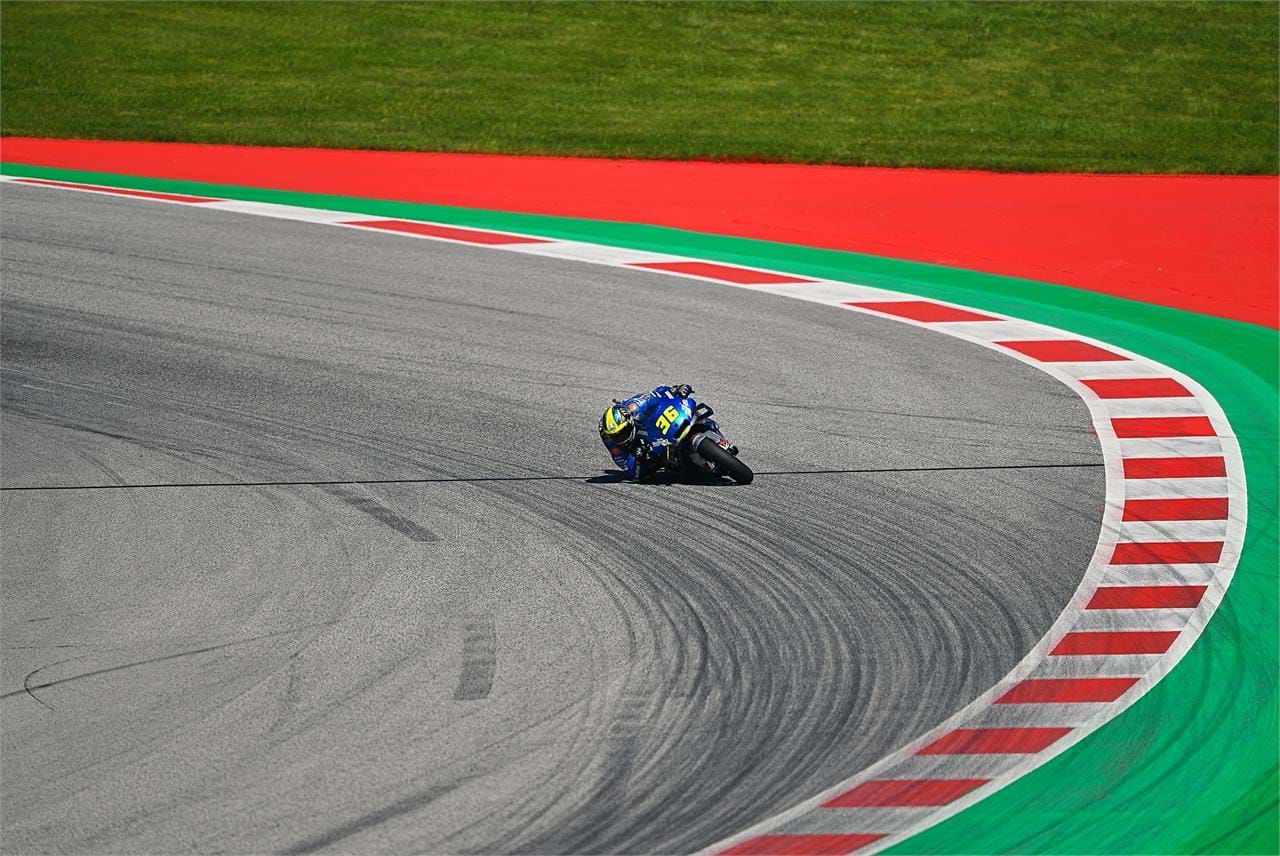 Team manager Davide Brivio was unhappy that Mir was not rewarded with a podium, after Pol Espargaro took to the green asphalt on the exit of the final turn after being passed by Jack Miller, before opening the throttle fully to accelerate back onto the track and to the line.

He said, "If we look at the pure performance we can be happy because both riders showed very competitive pace at a fast circuit. Alex got a solid start in race one and had good pace, he just missed an opportunity in race two due to a little mistake off the start.

"Joan had a solid lead in the first half of the race with a big gap over the others when the red flag came out. Then he finished fourth on the second part of the race and we can’t be happy with the final result which has been influenced by a decision, or a non-decision, by race direction.

"The rules clearly state that any rider who exceeds track limits on the last lap must drop one position, especially if they gain from it; in our opinion without the green tarmac run-off Espargaro would've had to brake, being passed also by Joan. So he was able to defend his third position by going wide. Joan had this penalty himself at the beginning of race one when he had to drop one place for going wide, but the same thing hasn’t been applied on the last corner in race two.

"Anyway I want to take the positives from these races in Austria, which is the third track in a row where we've been highly competitive. We have big potential with the GSX-RR and also with both riders."