SR75 Suzuki’s Charles Le Francois was in winning form in Stuttgart at the weekend, racing his RM-Z450 in the opening round of the German Supercross Championship.

Le Francois was immediately fast at a venue he has raced at for the last eight years, despite its technical nature. From pole, he won his semi final before taking victory in the main event on night one.

There were more podiums for the French ace on the second night of action, with third in the semi final followed by fourth in the main. And despite being disappointed on missing out on the podium in the final, Le Francois sits second in the championship after the first round. 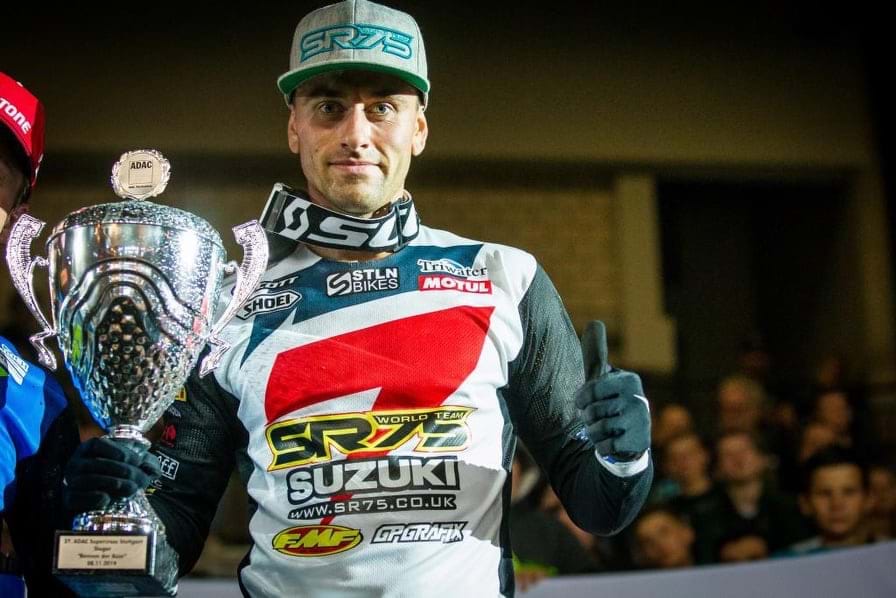 “I like the track in Stuttgart,” he said after the event. “I was quite comfortable in practice and the first night couldn’t have gone better. I was so happy to be on the podium in front of two Americans and hear La Marseillaise.

“It was always going to be hard to repeat the performance on the second day, but it was still positive, but I was disappointed not to be on the podium in the main event.

“We’re second in the series and I will now finish the rest of the French SX tour in two weeks’ time.”