LE FRANCOIS SECOND IN THE

Charles Le Francois took two third place finishes in Germany at the weekend, riding his SR75 Suzuki RM-Z450. The Frenchman has now racked up a number of impressive finishes throughout the year and now sits in second place in the championship.

In the first main event, Charles struggled initially, however after a few laps he started to recover positions on a track that was constantly deteriorating over the course of the race. By racing smart and finding new lines, the Frenchman showed his class and experience by ending the race in an impressive third position.

In the second main event on Sunday, the SR75 rider finished third, even after a brave maneuver on the last section of the race that, unfortunately, didn’t pay off and cost him a lot of time. 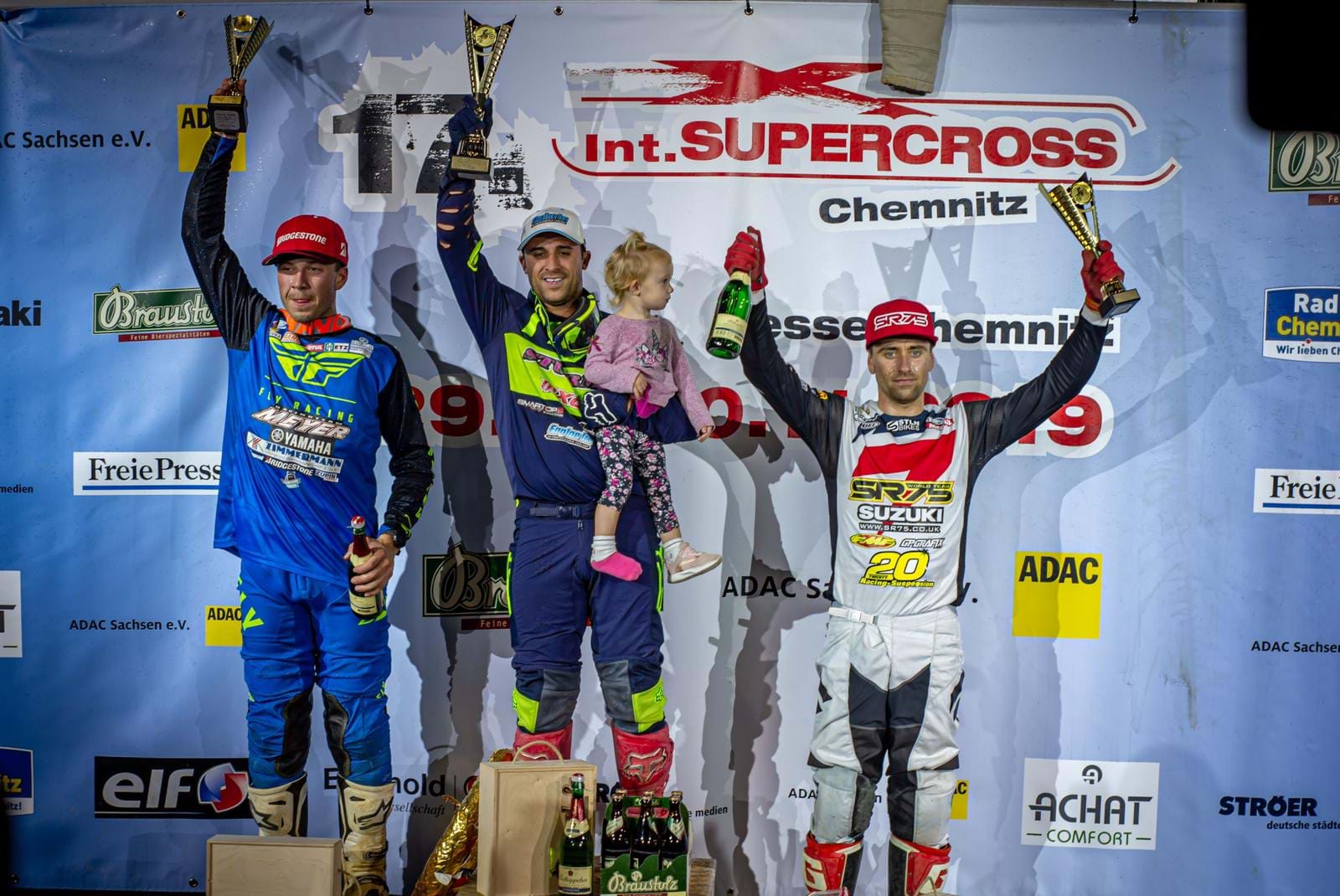 The championship candidate had the following to say:

“It was a really positive weekend, although in a corner of my head I wanted to do a little better in the final the second day. I am currently second in the standings and 10 points from the leader before the last event in Dortmund in early January. For now I will continue with the last two SX Tour events in Geneva and Amnéville.”